Metz is located in the Department of the Moselle, in the north-east of France on the River Moselle. Chambières French National Cemetery is on the northern side of the city, some 3 kilometres from Metz Central Station. The 1914-18 war graves are located in a plot to the left of the chapel, whilst the 1939-45 war graves are in a line by the hedge to the right of the chapel.

During the winter of 1939-1940 British troops were in a sector of the Saar not far from Metz, engaged in patrol and raiding activities. The 51st (Highland) Division relieved the French 7th Division, in this area, in May 1940. Metz was liberated by American troops in November, 1944.

There are now nearly 100, 1914-18 and over 30, 1939-45 war casualties commemorated in this site. Special memorials are erected to six British soldiers and one airman from the 1914-18 War, buried in JARNY and LABRY Communal German Extension, whose graves could not be found. Certain of the British graves from the 1914-18 War were brought in from POUILLY and St. JURE German Cemeteries and BRIEY Communal Cemetery German Extension. 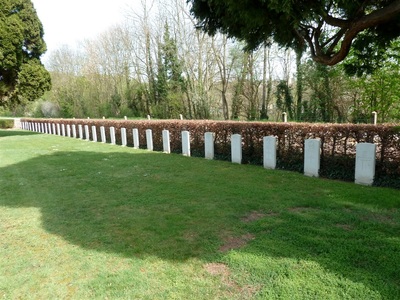 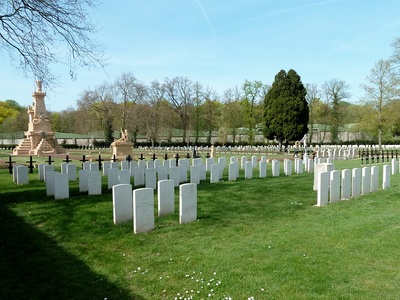 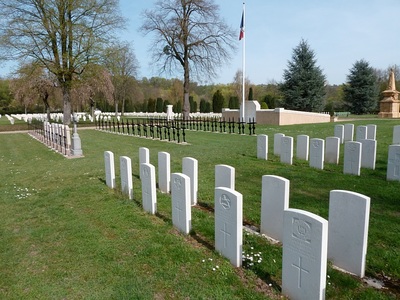 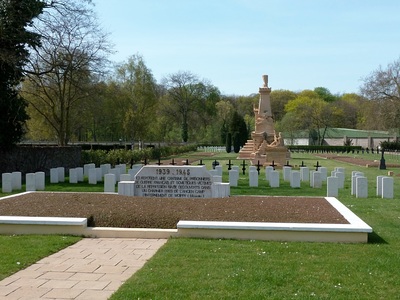 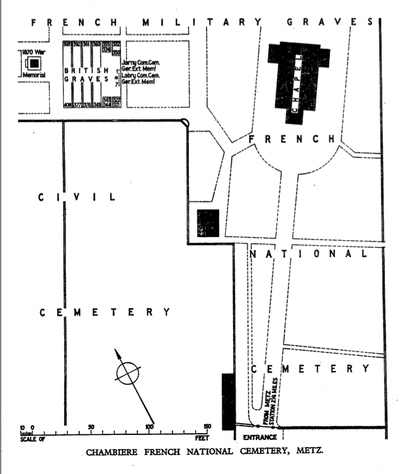 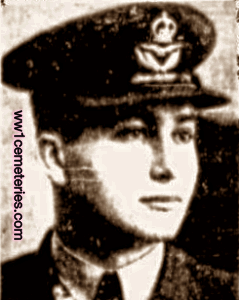 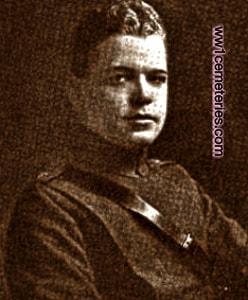 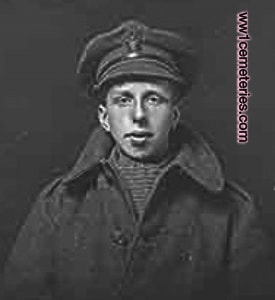 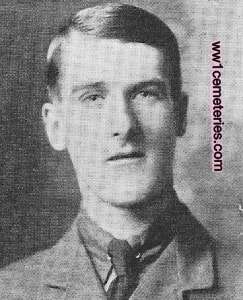 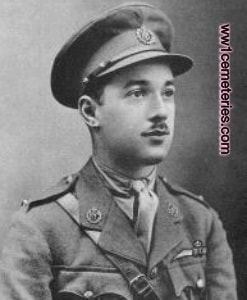 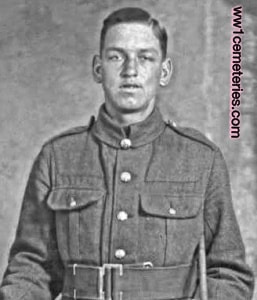 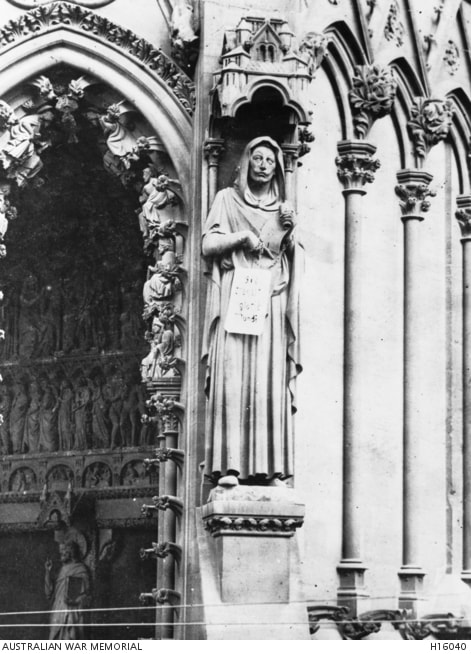 Metz, France. c. November 1918. In 1915 the German Kaiser visiting the battlefields ordered that this statue of the prophet Daniel standing at the entrance to the Cathedral be altered to a likeness of himself. The order was carried out. Following the armistice when the French reoccupied the area the parish priest used a dog chain to hang a notice from the Kaiser's wrist which read "Sic Transit Gloria Mundi" (Thus passes the glory of the world.)