Etinehem is a village in the Department of the Somme, on the north bank of the Somme River, over 9 kilometres south of Albert.

The village of Etinehem remained in Allied hands until March 1918 and the great German advance; it was retaken by the 50th Australian Battalion on 10 August 1918. Cote 80 French National Cemetery, called originally Point 80 French Military Cemetery, was named from a road crossing near by.

In June-October 1916 two French field ambulances made this cemetery and another near by at Cote 77. In the middle of the cemetery at Cote 80, they buried a number of Commonwealth soldiers and in August 1918, Australian troops added graves to the existing Commonwealth rows, and more at the east end. After the Armistice the French authorities moved the French graves from Cote 77 into Cote 80.

The cemetery now contains 49 Commonwealth burials of the First World War, five of which are unidentified. 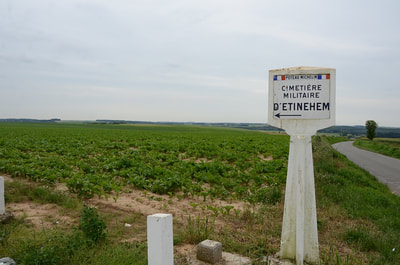 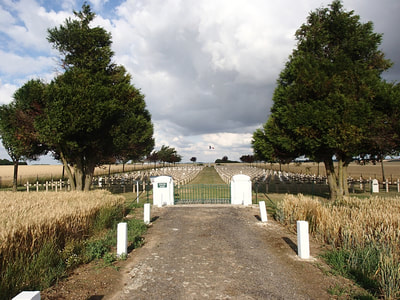 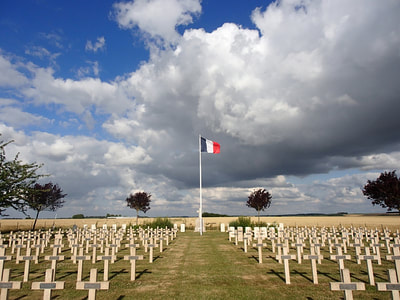 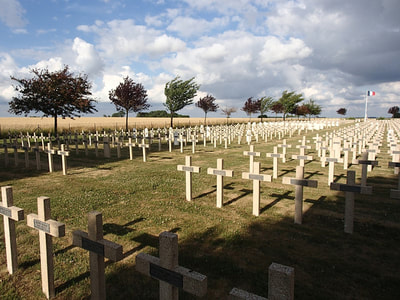 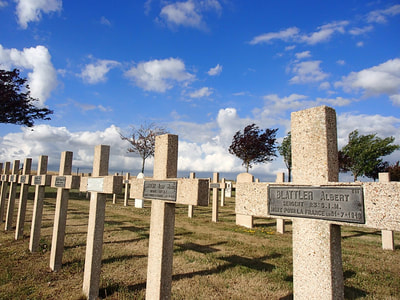 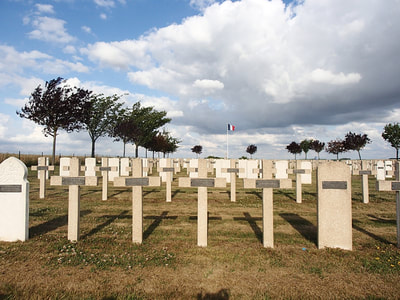 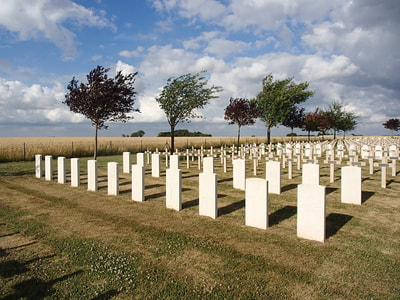 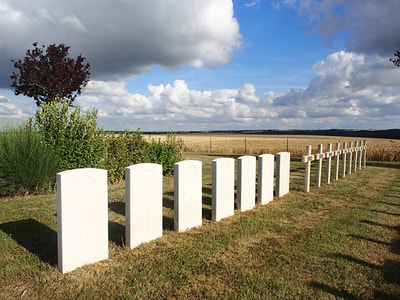 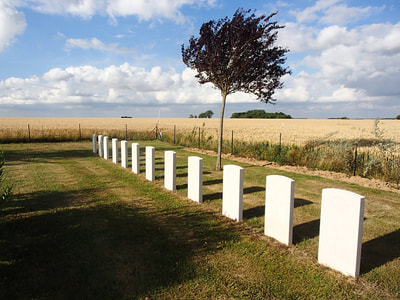 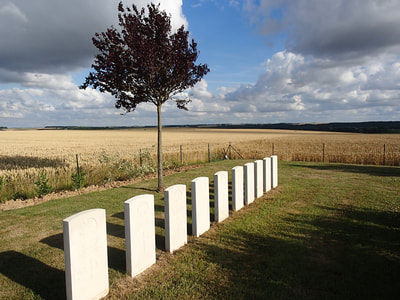 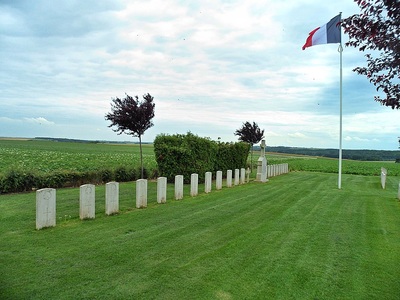 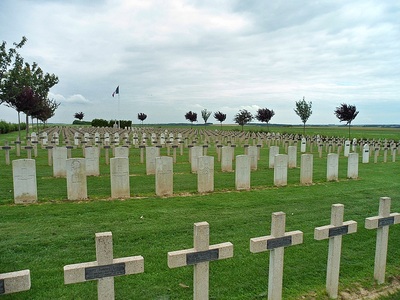 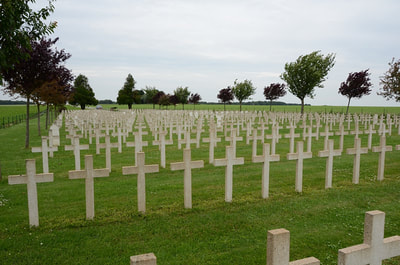 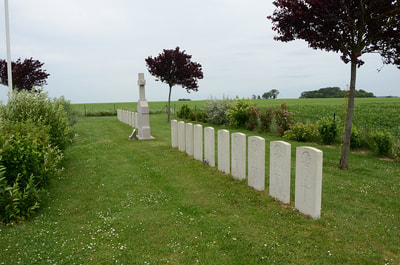 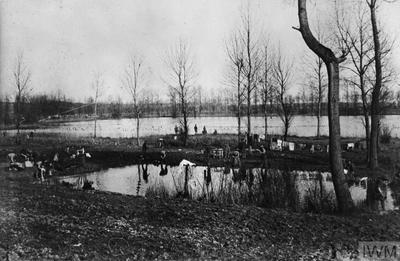 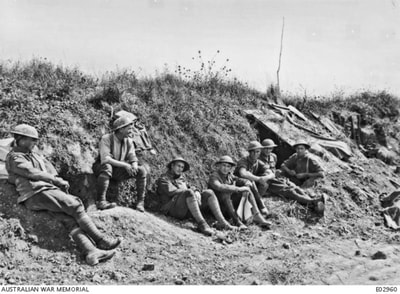 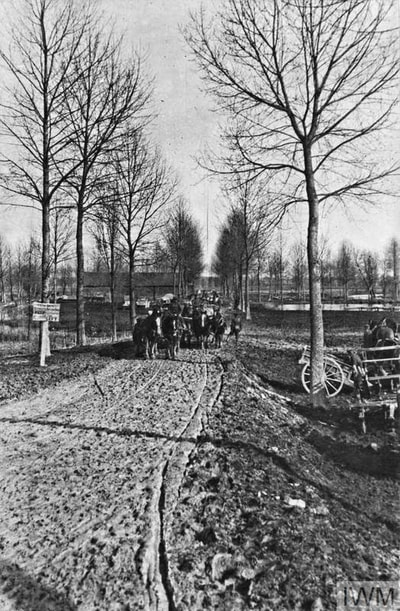 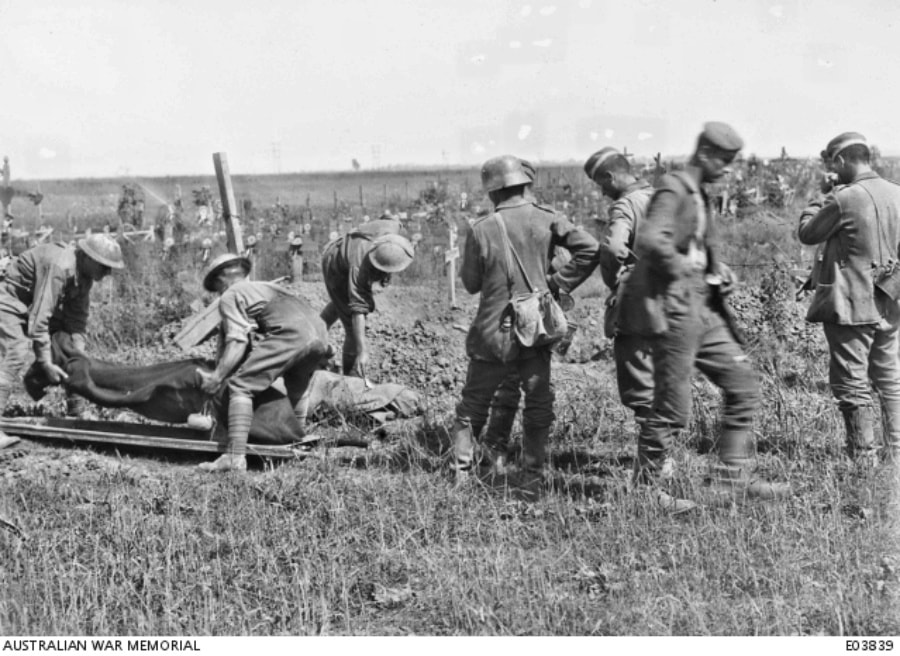 22nd August 1918; German prisoners assisting to bury the dead in the cemetery near Etinehem, a few hours after the attack by the 9th Australian Infantry Brigade against the position of Bray and Happy Valley to the left of it. 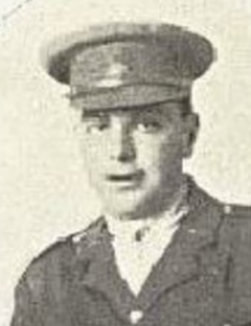 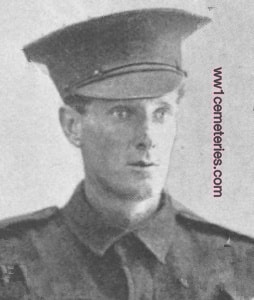 Son of Jack and Maria Dowd. Native of Brisbane, Queensland. 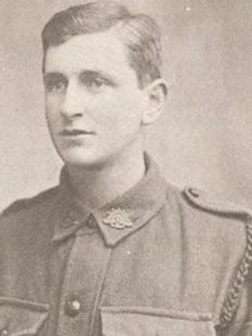 Sidney Francis Hatch was the ninth and youngest child of Robert and Sarah Hatch . He had 3 brothers and 5 sisters .
He was born Australia Day 26th January 1897 in the village of Bungendore New South Wales . He attended a Roman Catholic Convent school in Bungendore . He was described in a school report as having a cheerful and affectionate nature and a bright and intelligent student. He was also a devout Catholic .

He worked as a mechanic at the Buik Company's Works and while there he persuaded his parents to allow him to enlist.

He enlisted in June 1917 . In April 1918 he was severely gassed and after a few months in hospital he was returned to the front and remained there until his death .

He was acting as a stretcher-bearer in the 35th Battalion when he was Killed In Action on the 22nd August 1918 aged 21 years.

The village of Bungendore was greatly saddened by the news of his death as his parents were among the oldest and most respected residents in the village .

Sgt Johncock enlisted from Bangalow, NSW on 14 September 1915, leaving Brisbane on 3 January 1916; he served with 47th Battalion and 49th Battalion. For his part in an action on 5 April 1918 at Dernancourt, southwest of Albert on the Somme, he was awarded the Military Medal (MM); the recommendation for the award cited his 'conspicuous bravery and devotion to duty' as well as 'exceptional determination' in mounting a counter attack of six men on a neighbouring post that he saw attacked and occupied by the enemy at night. Sgt Johncock regained the post, killing most of the enemy, and held it until dawn, safely bringing out the wounded; he continued firing after the rest of his team were casualties and until he was wounded and his gun destroyed. He was killed in action on 13 August 1918. 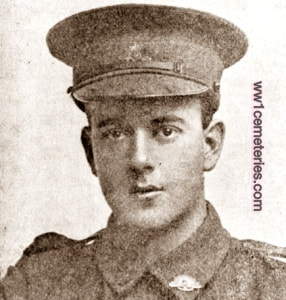 From Lismore, New South Wales. A farmer before the war, Pte Risk enlisted in October 1916 and served on the Western Front with the 49th Battalion. He was killed by a shell during the Battle of Hamel on the 14 August 1918. 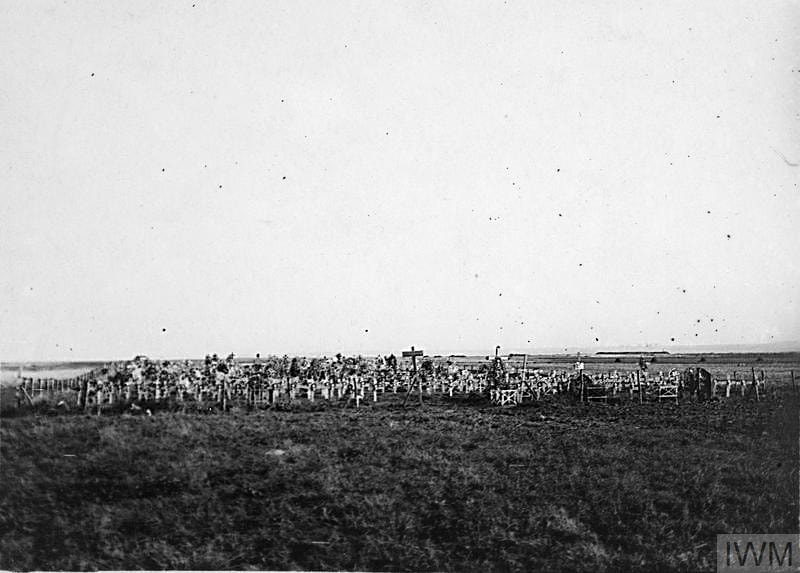 71502 Driver James Spencer, 65th Battery, 8th Brigade, Royal Field Artillery, executed for desertion 29th September 1915.  Row B. 2. He was considered a good soldier, but on 12 June 1915 deserted from a forward gun emplacement about a mile from the enemy.  Spencer was arrested not far away on August 4, was tried on Sept 9 & executed 3 weeks later, his Brigadier incorrectly alleging — on the usual review — that Spencer had stolen a considerable sum of money from a ruined house in Ypres, & speculating that he had deserted in order to spend it on wine & women; & concluded by labelling Spencer a deliberate skulker.  (Putkowski, pp 53-54) 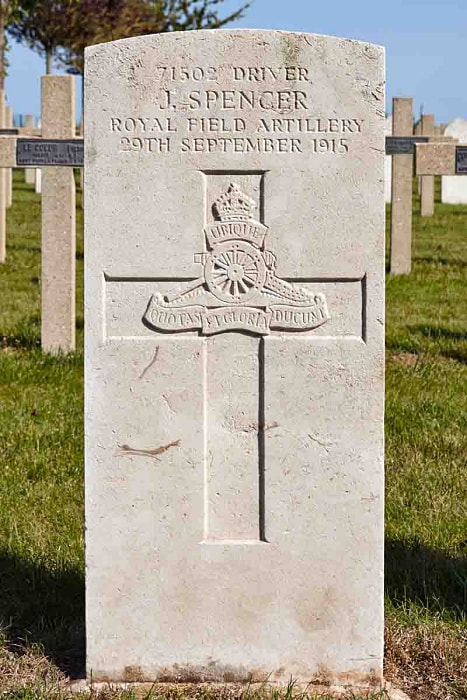