From Villers-Bretonneux take the D23 in the direction of Démuin and Moreuil, heading south. Drive on until the exit of Villers, and then carry straight on to Demuin. The cemetery is on the right hand side just before entering Démuin. 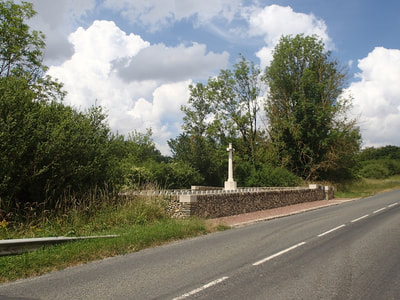 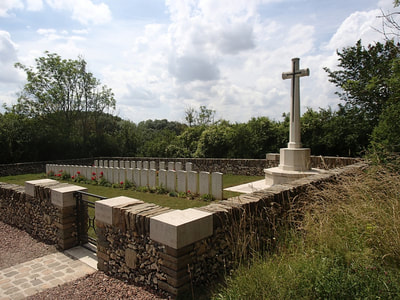 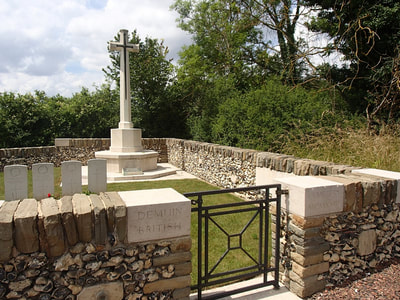 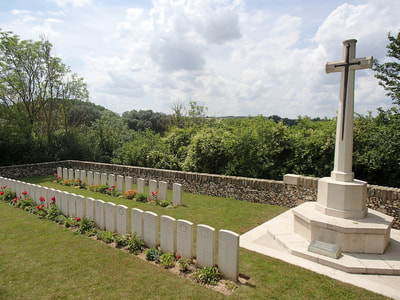 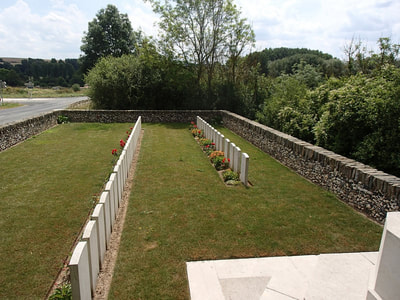 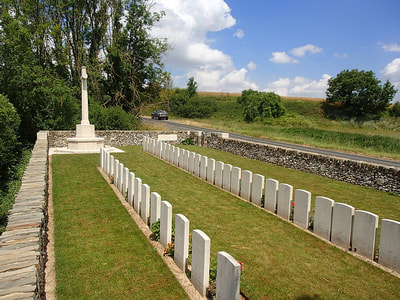 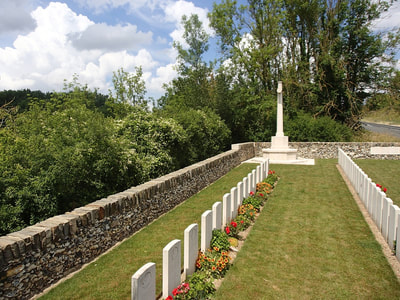 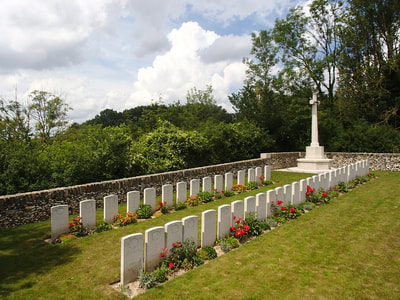 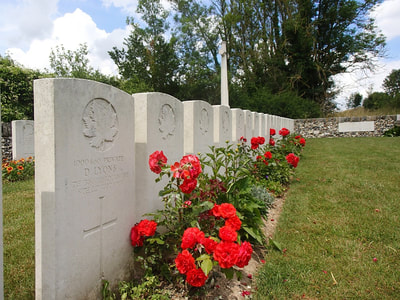 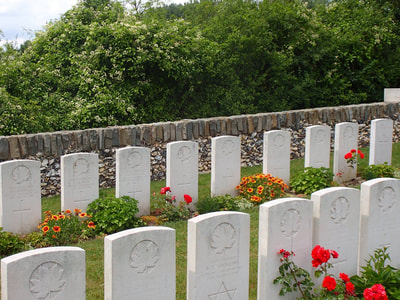 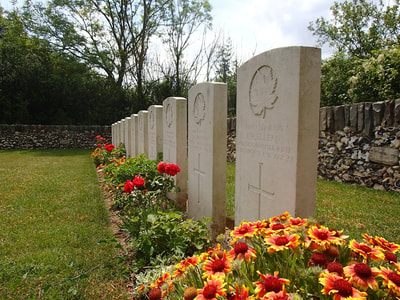 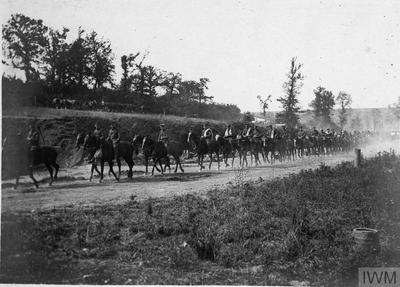 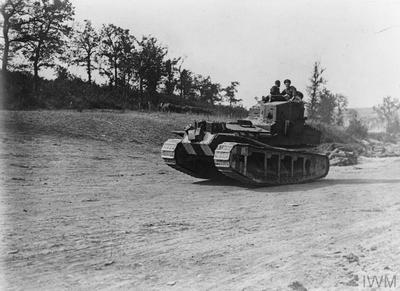 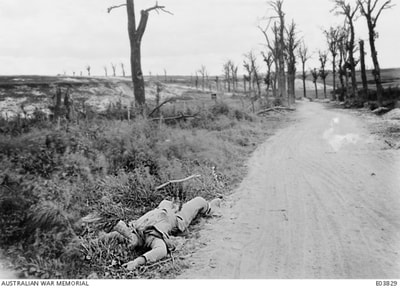 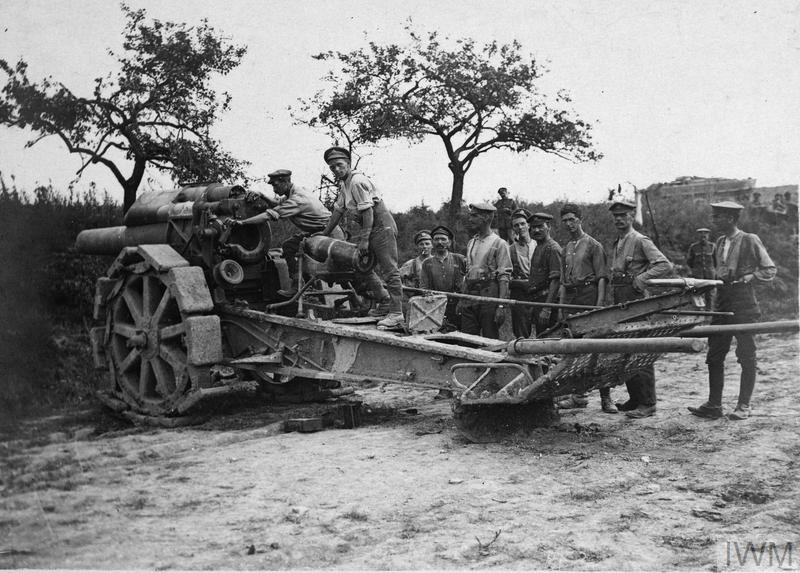 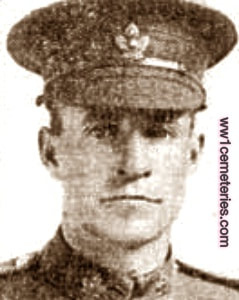 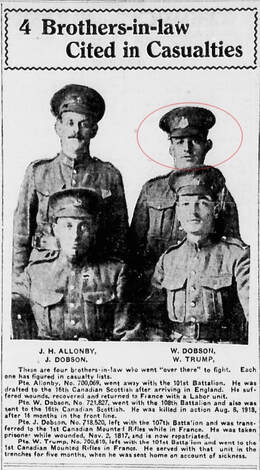 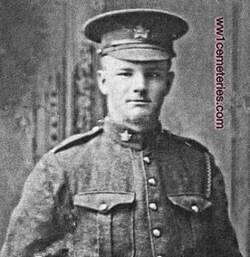 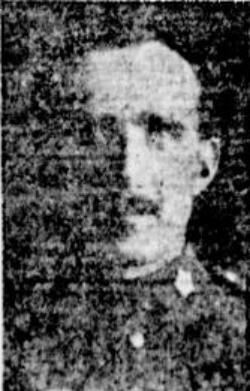 Inscription "For Love Of Home And Empire" 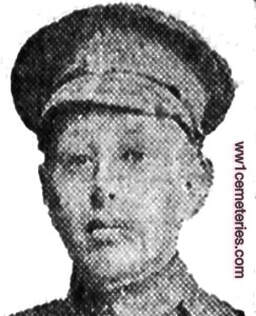 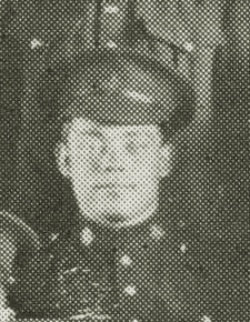 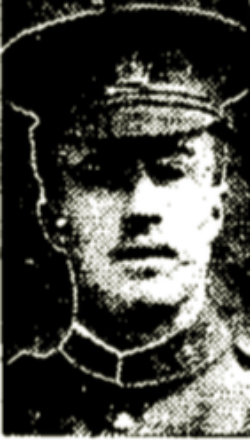 Inscription "In Our Memory He Is Always Present" 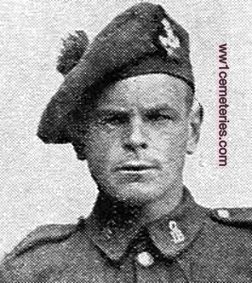 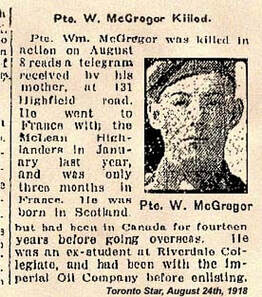 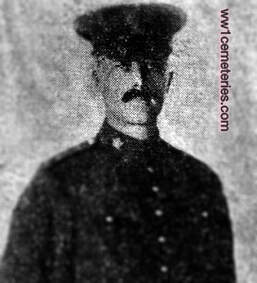 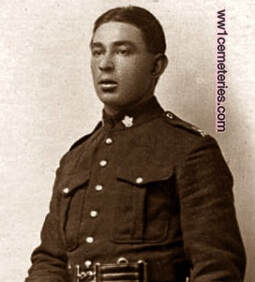 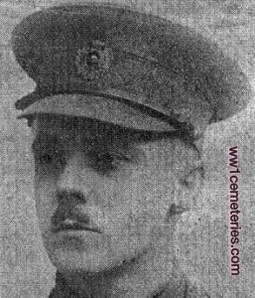 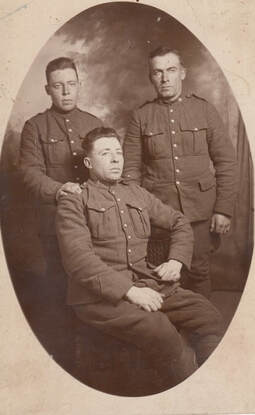 Inscription "I Have Fought A Good Fight And Kept The Faith"

Son of Andrew and Hannah Truthwaite, of Pigeon Bluff, Manitoba.

Group Photo – WWI photo of Victor Henry Truthwaite and his brothers Alexander and Andrew. Victor is standing at the left side of the photo, Alexander is seated, Andrew is standing at right. 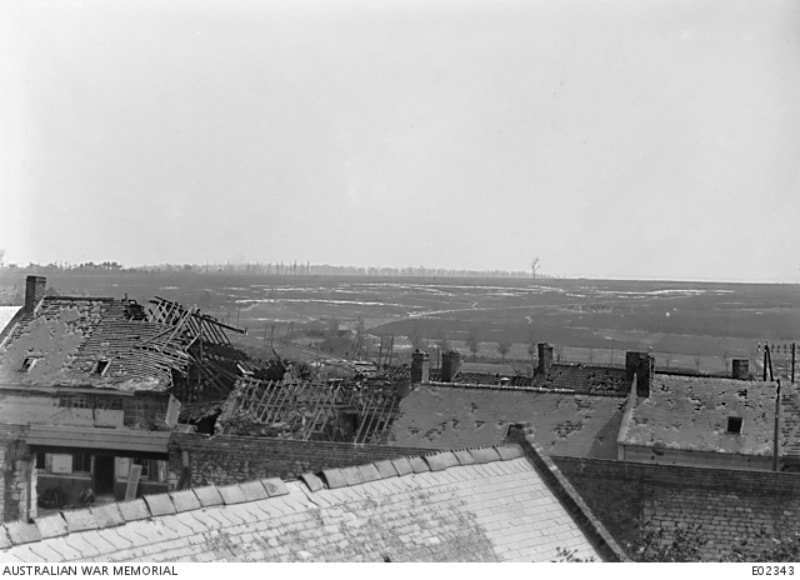 21st May 1918; A view from the roof of the White Chateau, when the Australians held the white chalk line of trenches as their front line, and the enemy trenches were in front of Monument Wood (on the left) and the isolated tree on the sky line to the right. Hangard wood is seen in the distance. Near the enemy lines may be noticed a derelict British tank, which formed an enemy machine gun post; a German cooker, and a smashed aeroplane, each an important land mark to the front line troops.