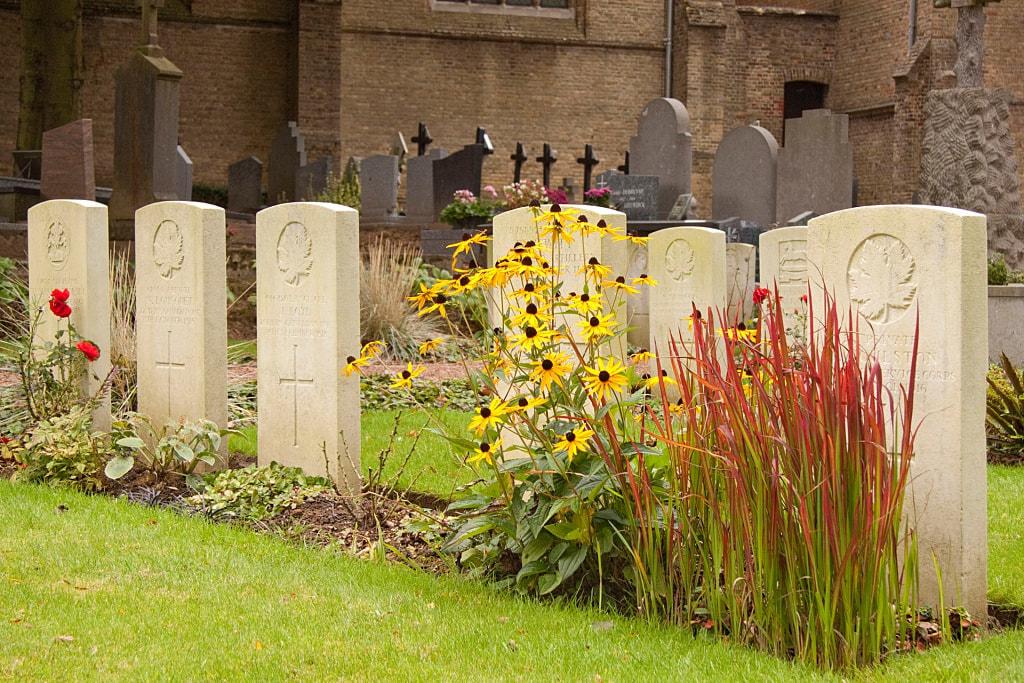 Westouter Churchyard and Extension is located 12 Kms south-west of Ieper town centre, on a road leading from the N375 Dikkebusseweg.

The churchyard is located in the centre of the village and the War Graves plot is located on the far right hand side of the cemetery after entering the site.

The Churchyard and Extension was used by field ambulances and fighting units at intervals from November 1914 to September 1918. It contains 98 Commonwealth burials of the First World War and three German graves. 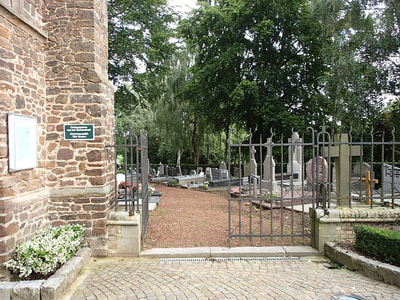 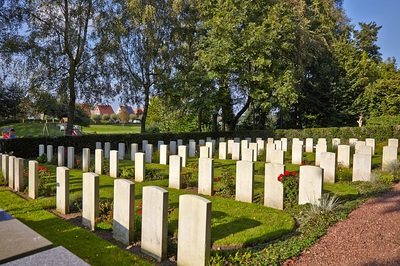 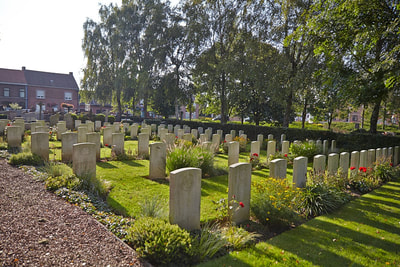 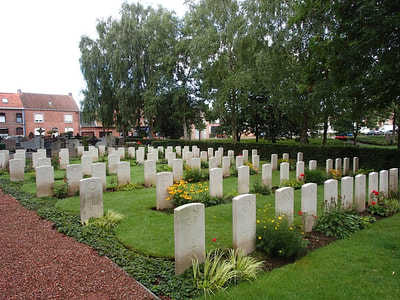 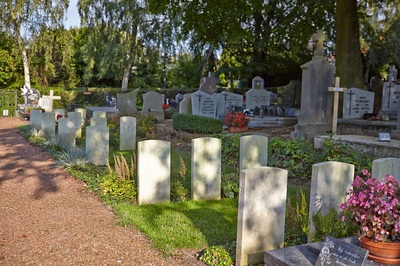 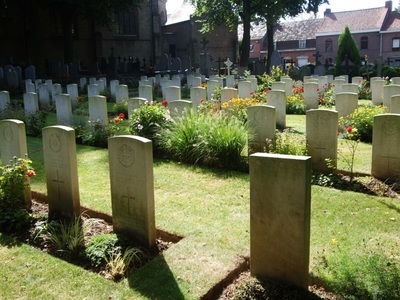 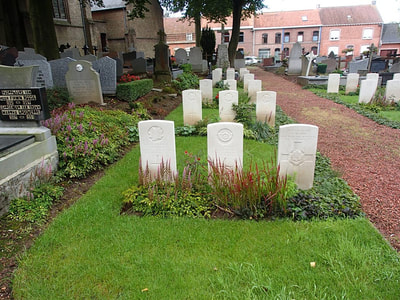 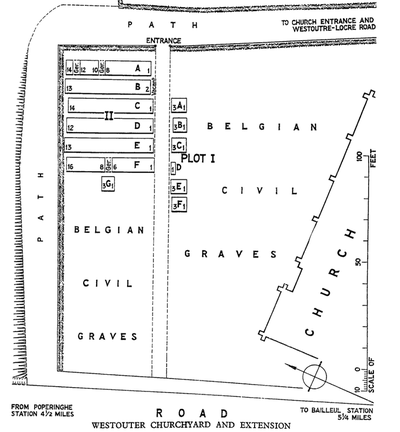 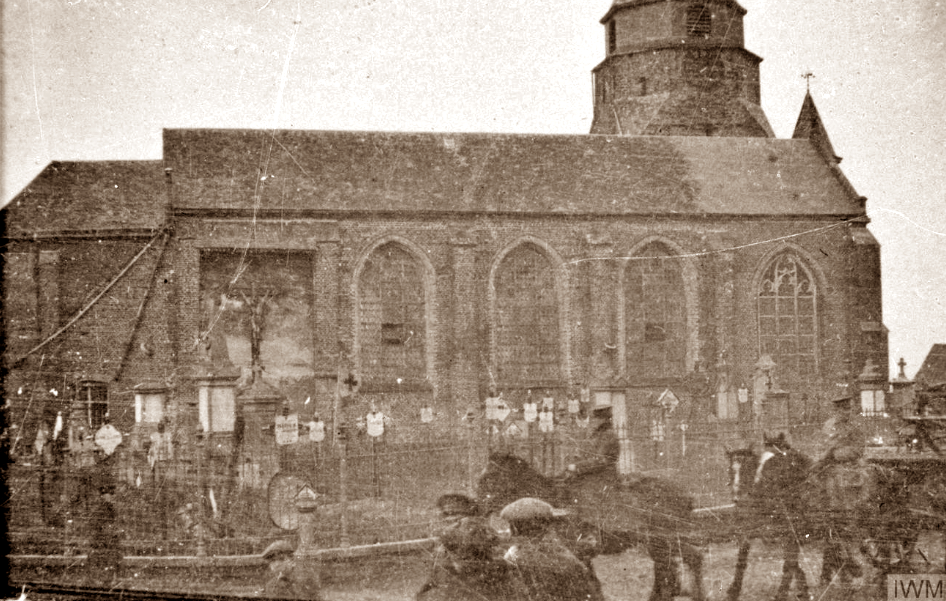 Troops of the 2nd Battalion, Royal Irish Rifles in front of Westouter Church in the Ypres area, January 1915. The battalion spent some time in the village. © IWM Q 108930 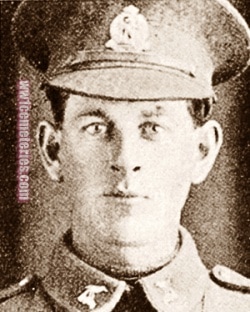 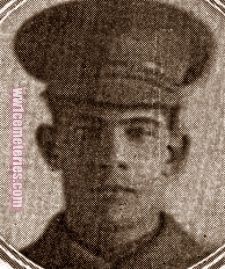 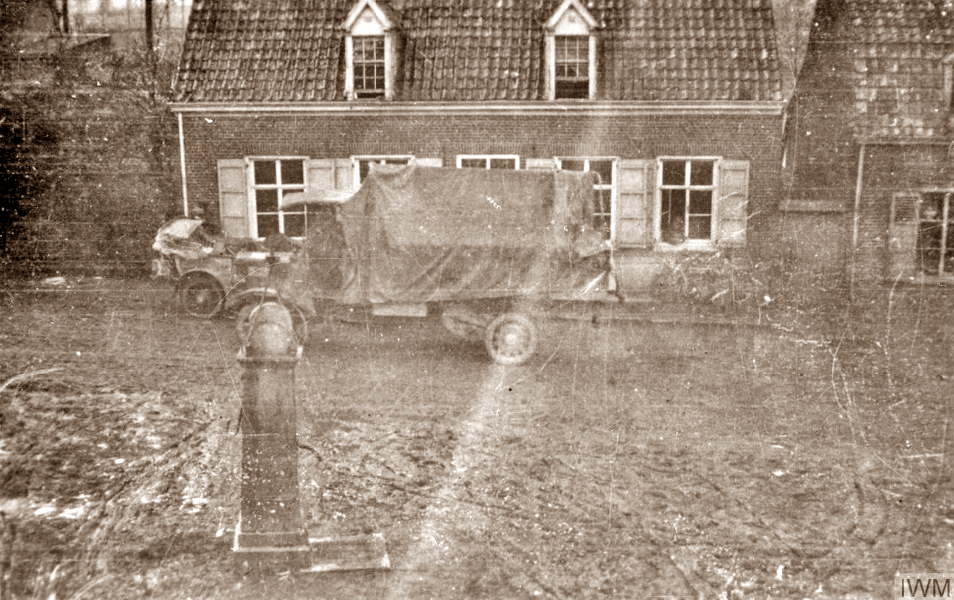 A covered lorry in front of a house in Westouter in the Ypres area, January 1915. The troops of the 2nd Battalion, Royal Irish Rifles spent some time in the village. © IWM Q 108931 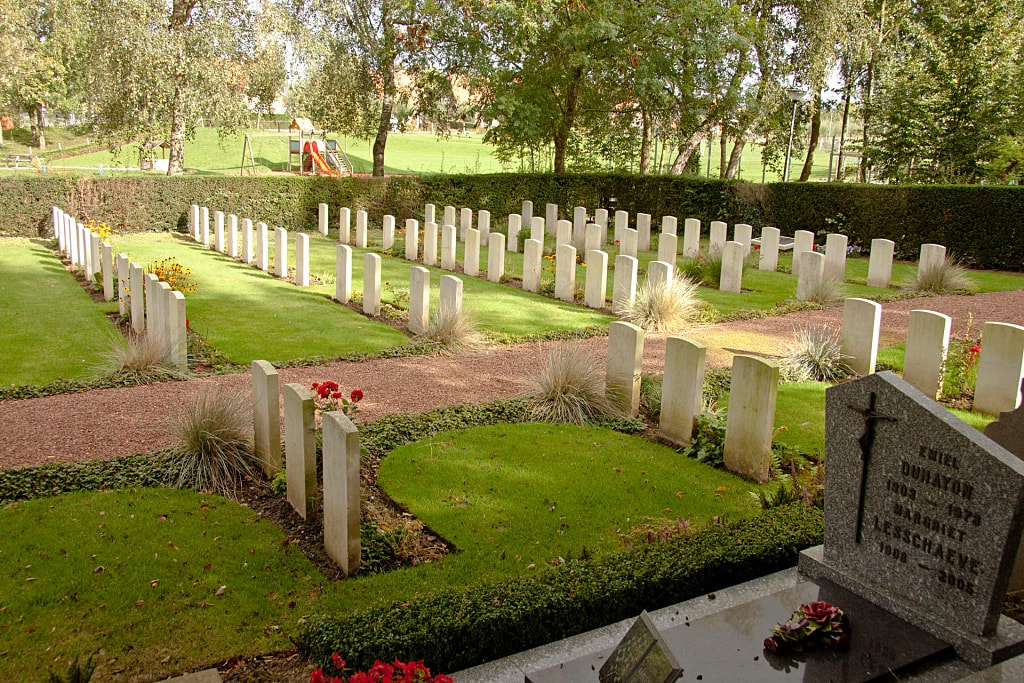 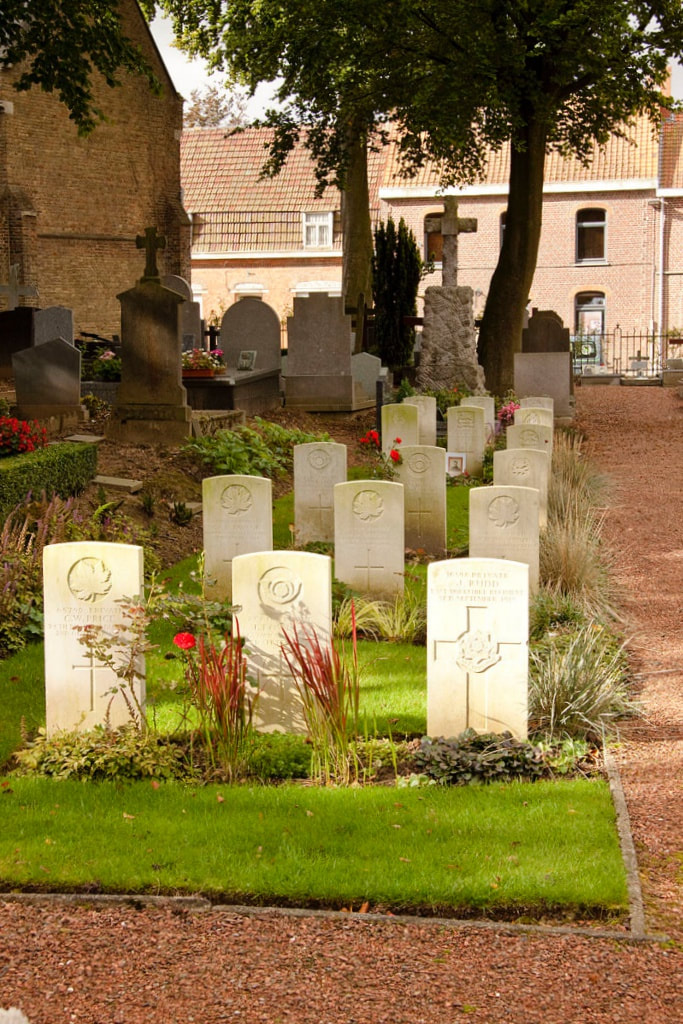 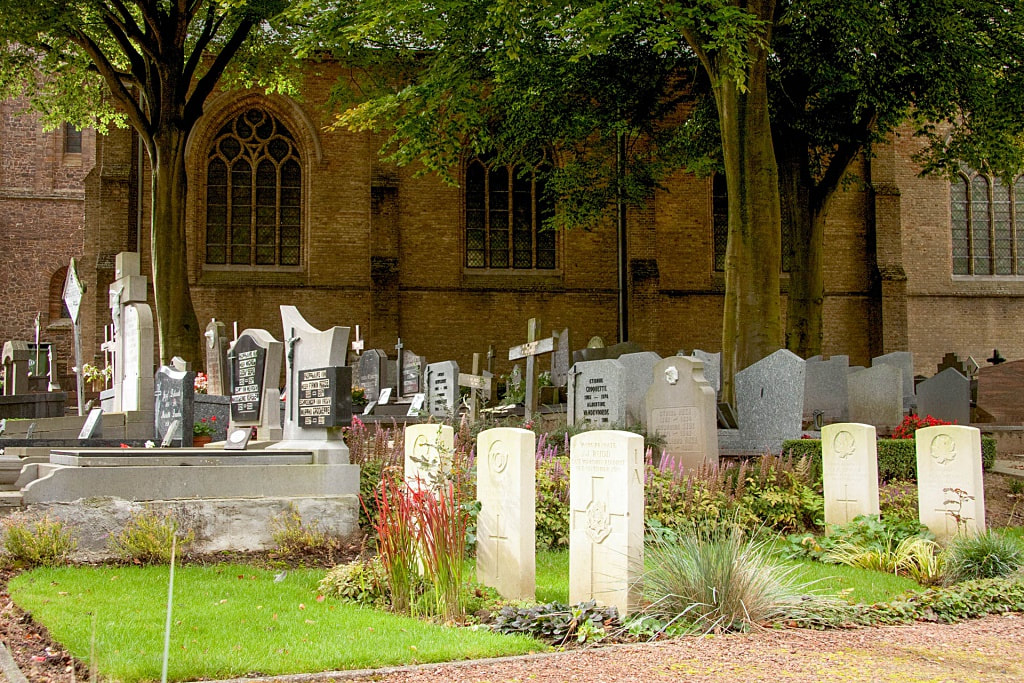 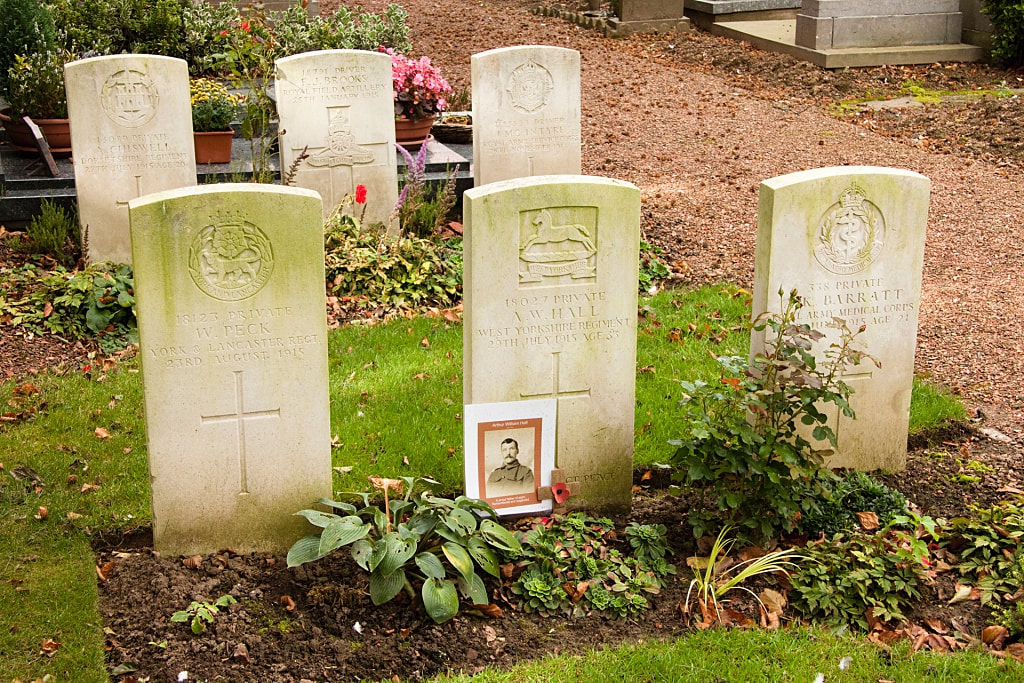 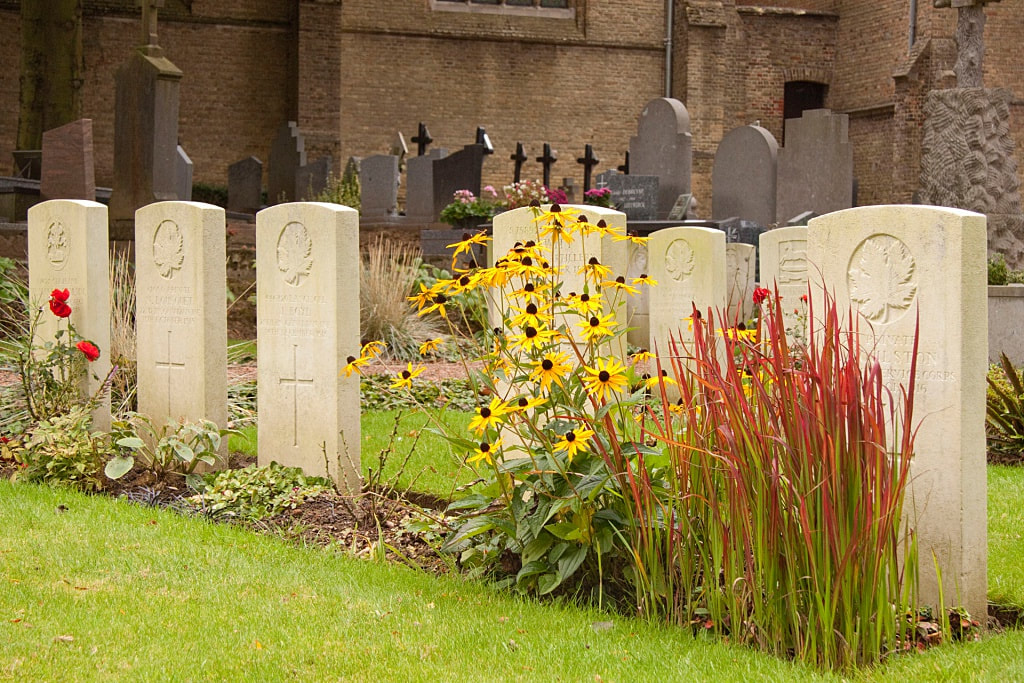 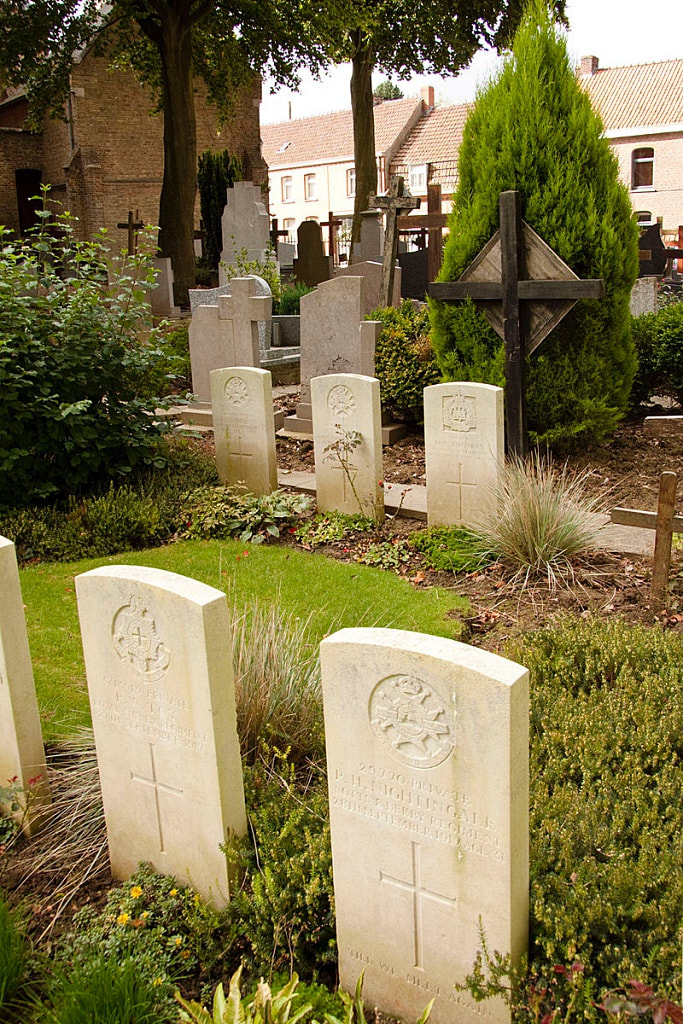 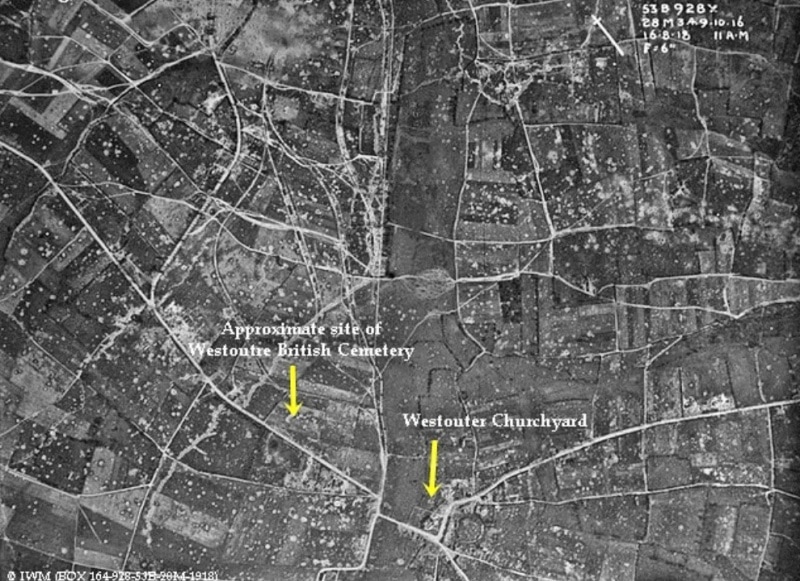 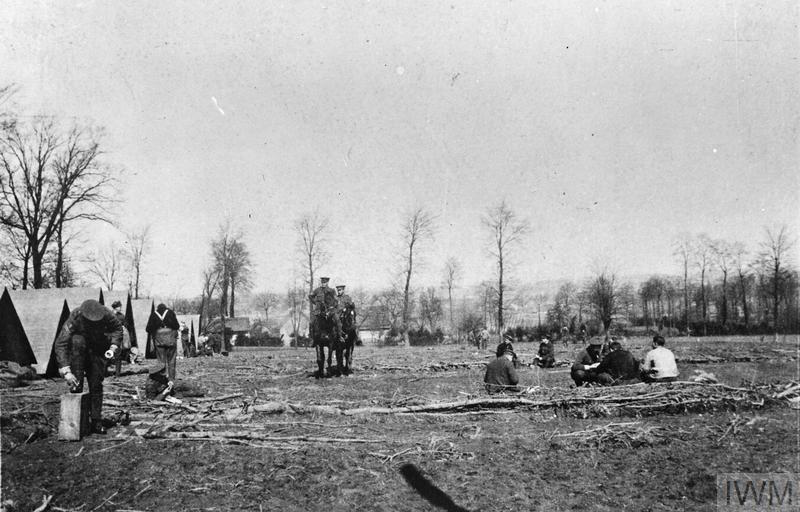 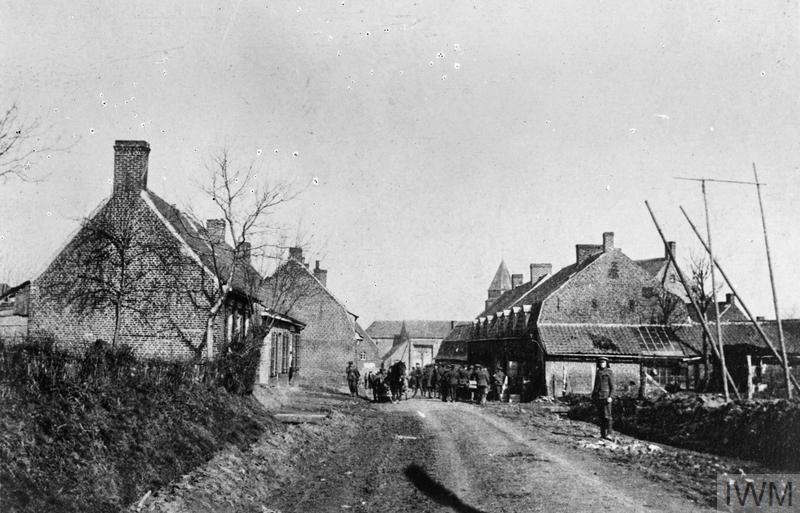 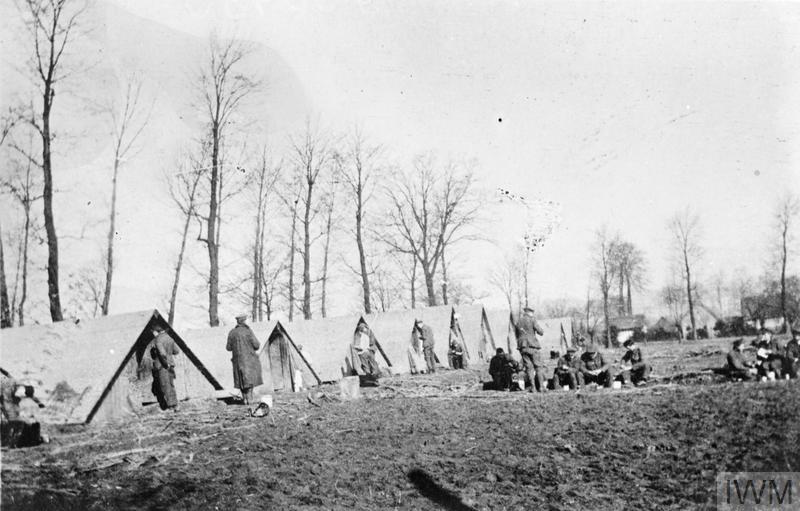 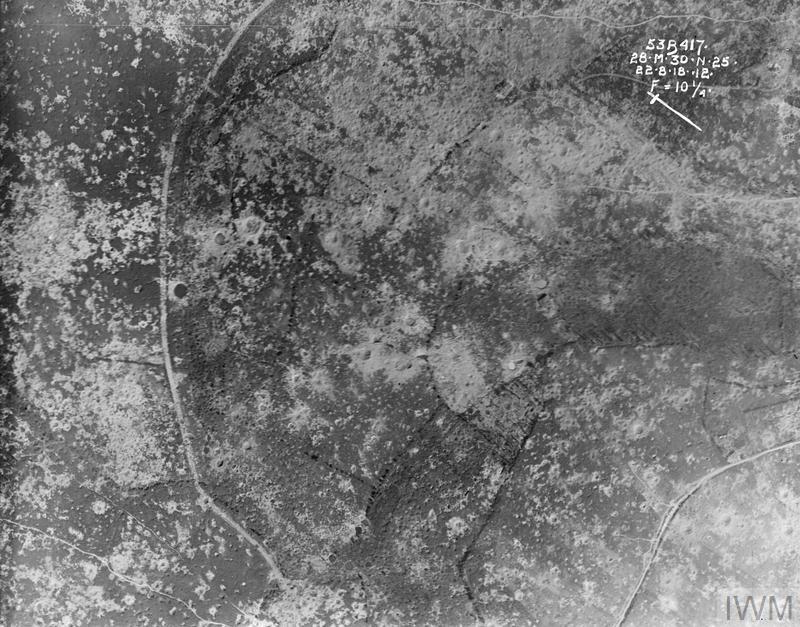 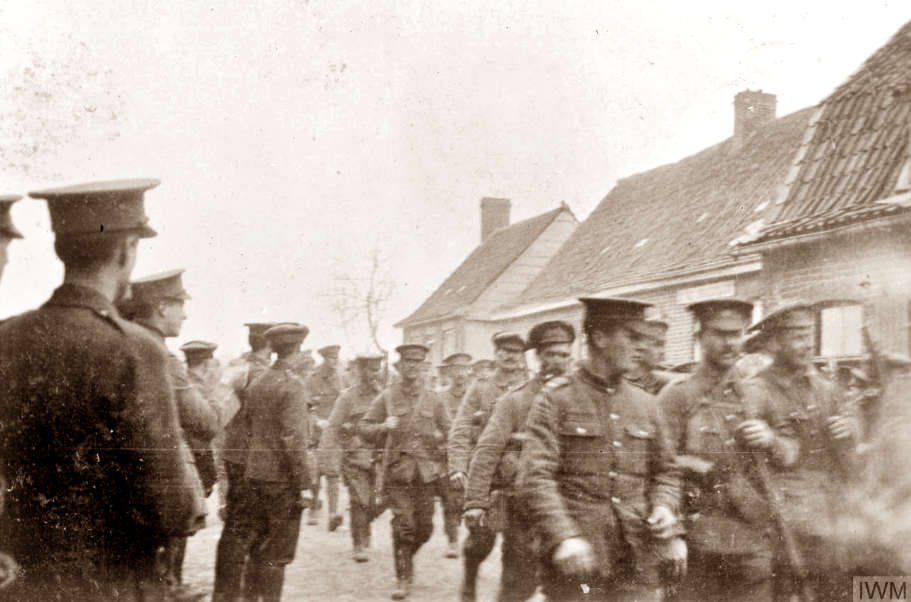 The 1st Battalion Suffolk Regiment (marching from Dranoutre to Poperinghe) passing officers of the 2nd Battalion (in billets in Westoutre) at Westoutre, on 12th April 1915. The first meeting of the two battalions on active service in the history of the Regiment. © IWM Q 50438 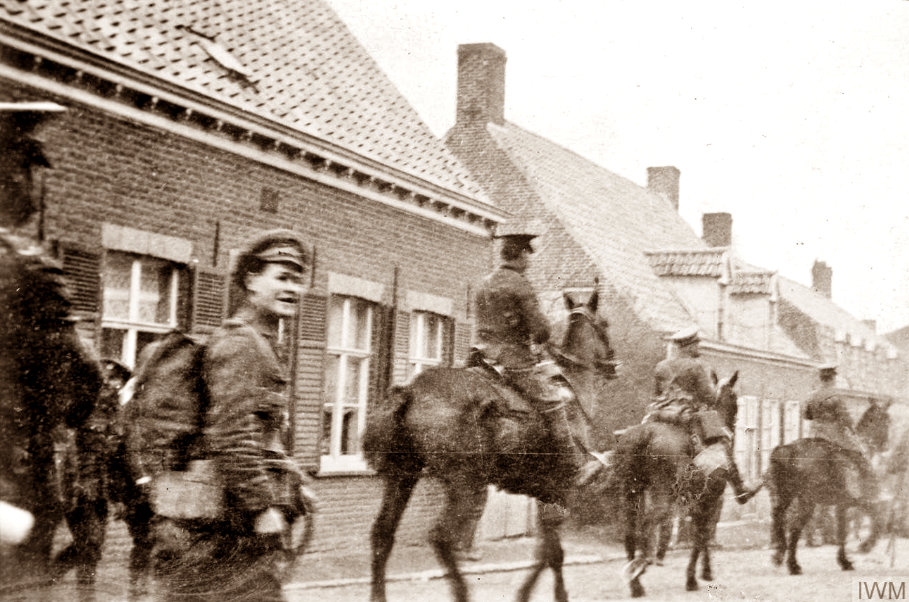 1st Battalion Suffolk Regiment passing through Westoutre on the march from Dranoutre to Poperinghe, on 12th April 1915. The 2nd Battalion was in billets in Westoutre, and this was the first meeting of the two Battalions on active service in the history of the Regiment. © IWM Q 50457 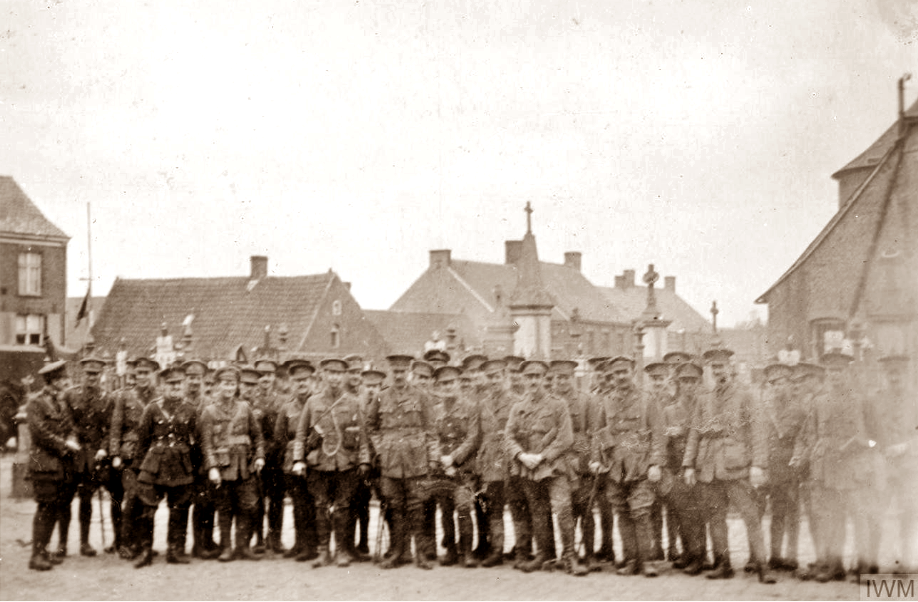