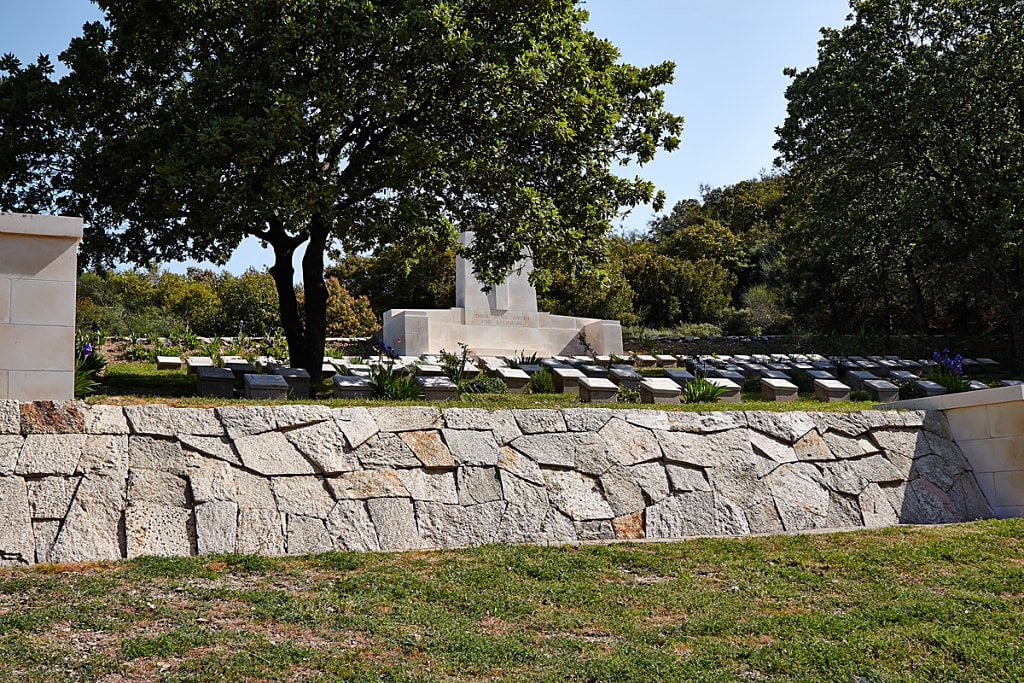 The Anzac and Suvla cemeteries are first signposted from the left hand junction of the Eceabat- Bigali Road. From this junction the cemetery will be found at 10.9kms. up a steep 200m path on the left of the road. 4th Battalion Parade Ground Cemetery is on the track from the Wire Gully sector of the front line back to Anzac Cove and is not accessible by car.

The 4th Battalion, Australian Imperial Force, was drawn from New South Wales. From the end of April to the beginning of June, 1915, it buried 34 of its dead, and six from other units, in a cemetery on the road from Wire Gully to Anzac Cove (Bridges Road). This burial ground became known as the 4th Battalion Parade Ground Cemetery. It was enlarged after the Armistice by the concentration of 76 graves from the surrounding battlefields and from the following smaller cemeteries:-

The 3RD BATTALION PARADE GROUND CEMETERY, a little way to the South on the opposite side of the valley, which contained the graves of 31 soldiers of the 3rd Battalion, two of whom fell on the 25th of April and the remainder on the 19th-23rd May (in the Defence of Anzac).

The 22ND BATTALION PARADE GROUND CEMETERY, a little way South-East and behind Johnston's Jolly, which contained the graves of 13 soldiers of the 3rd Battalion and three others, who fell on the 16th-20th May.

The cemetery contains 116 First World War burials, 7 of them unidentified. 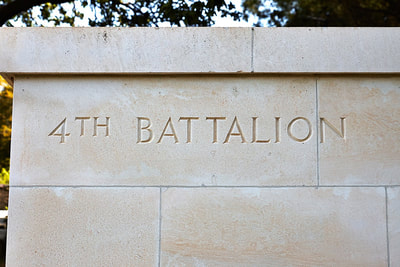 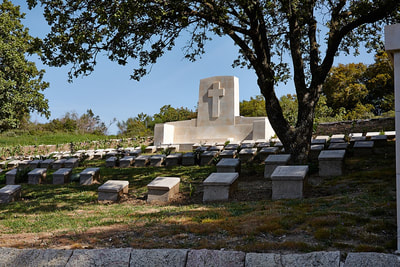 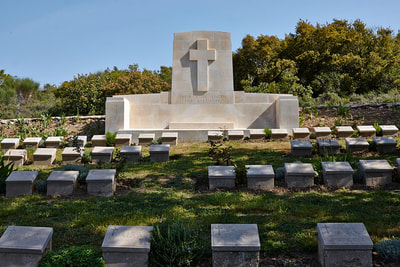 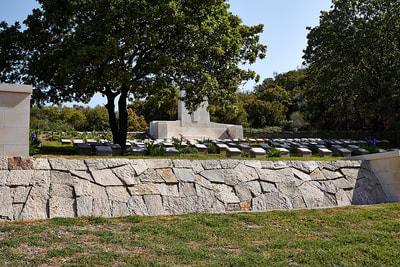 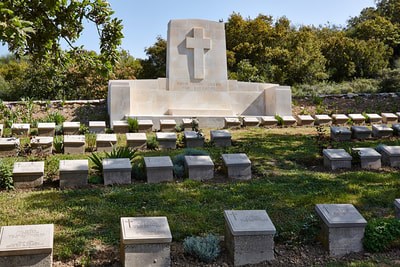 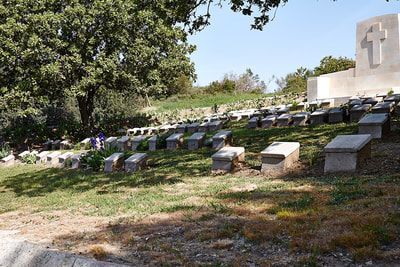 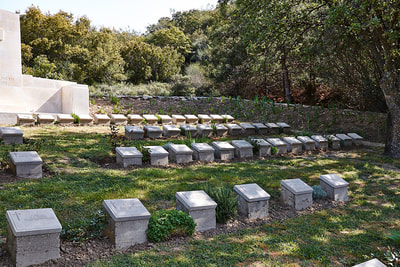 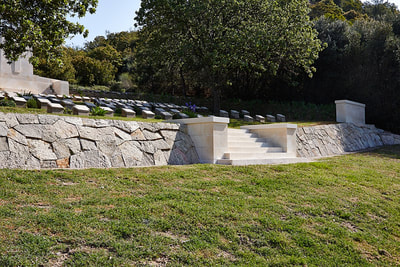 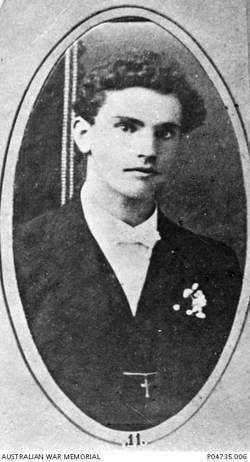 Norman Arthur Gribble of Gulgong, NSW. He enlisted in the AIF on 2 September 1914, serving as 979 Private (Pte) Gribble with the 4th Battalion, embarking from Sydney aboard HMAT Euripides on 20 October 1914. He was killed in action on 19 May 1915 on the Gallipoli Peninsula, Turkey, aged 23 years. His brother, 938 Pte Clement John Gribble, 30th Battalion, was killed in action on 22 March 1917. This image was taken from a collage of the descendants of Benjamin Rixon held at P04735.002. 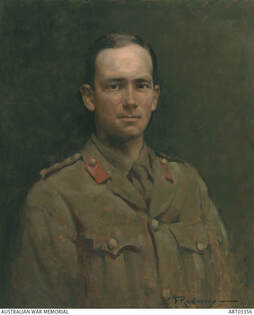 His headstone bears the inscription; "Neither Counted I My Life As Dear Unto Myself."

Colonel (posthumously Brigadier General) Henry Normand MacLaurin, formed and commanded the 1st Infantry Brigade, Australian Imperial Forces. On the afternoon of 27 April 1915, only two days after the landing at Gallipoli, MacLaurin, a young barrister from Sydney was killed instantly by a Turkish sniper while directing operations on a feature which bore his name, MacLaurin's Hill. Some weeks after his death an order was issued promoting a number of Australian Imperial Force colonels - including MacLaurin - to the temporary rank of Brigadier-General. 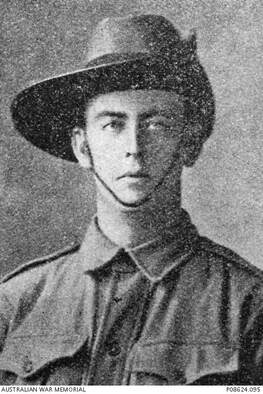 1486 Sergeant Athol William Mckinnon, 3rd Battalion of Port Macquarie, NSW. A school teacher prior to enlisting, he embarked on 5 April 1915. He was killed in action at the Dardanelles, Gallipoli, Turkey between 6 June 1915 and 13th June 2015, aged 32. 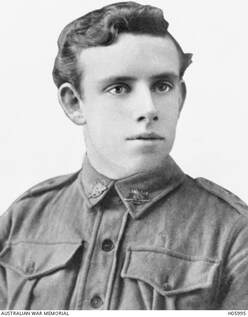 91 Bugler Milton Frank Thornton, 3rd Battalion from Camden, NSW. A 19 year old tailor prior to enlisting on 1 September 1914, he embarked for overseas with A Company from Sydney on 14 October 1914 aboard HMAT Euripides. While serving at Gallipoli, he was killed in action on 19 May 1915, aged 20. 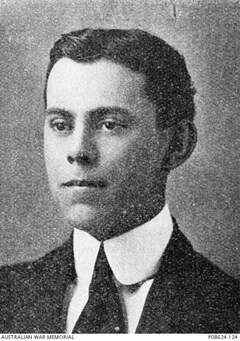 1660 Private Ronald Allen Mills Watt, 3rd Battalion of Harris Park, NSW. A school teacher prior to enlisting, he embarked from Sydney aboard the HMAT Seang Choon (A49) on11 February 1915. He was killed in action, on 19 May 1915 at Gallipoli, aged 21. 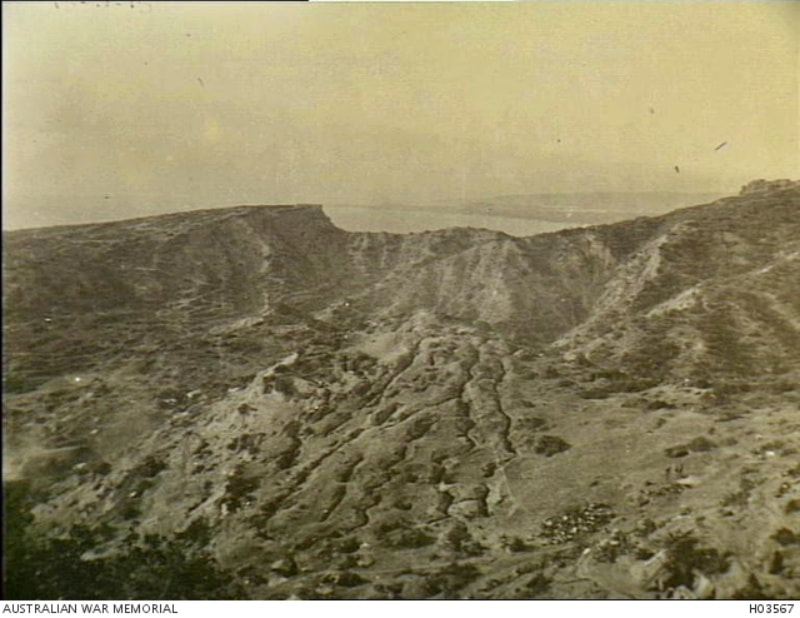 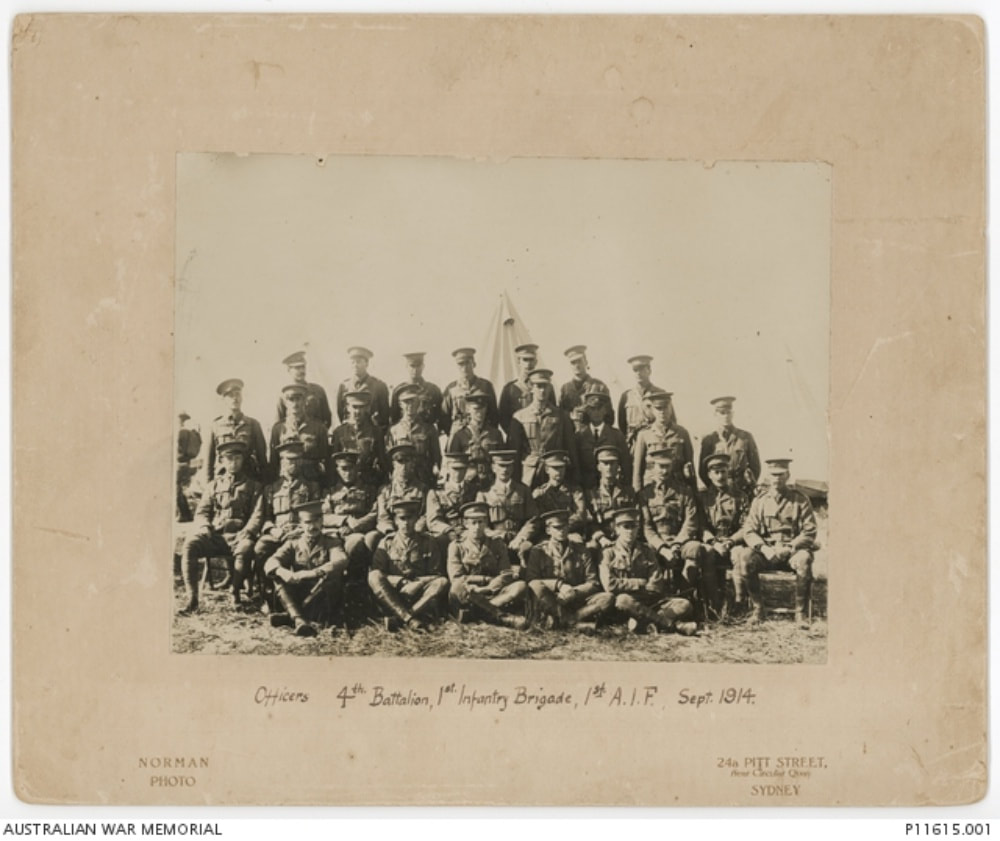 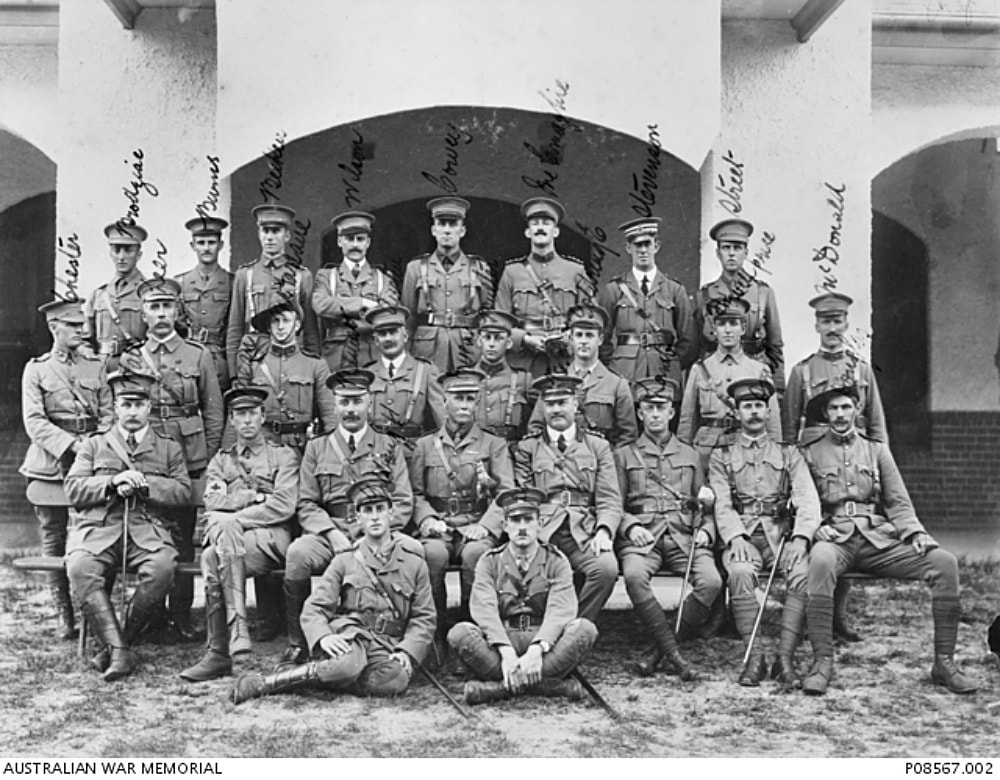 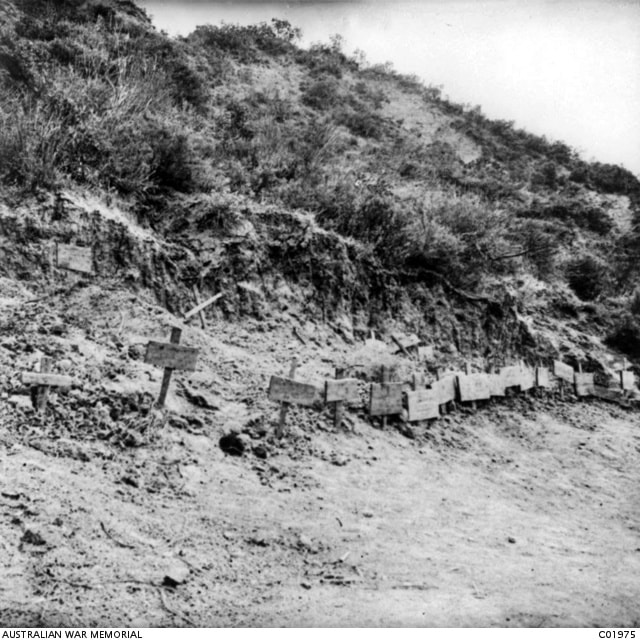 May 1915; The graves of some of the 34 men of the 3rd Battalion who were killed in action on 19 May 1915, including that of Lieutenant (Lt) Laurence Whistler Street. Lt Street was a member of what has become a well known Sydney legal family; his father was the Hon. Justice Philip Whistler Street of the NSW Supreme Court. He is now buried in the 4th Battalion Parade Ground Cemetery. 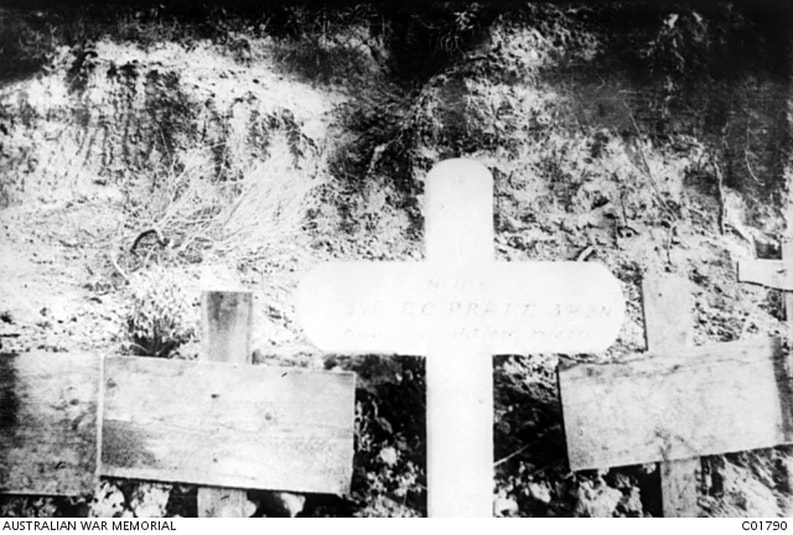 June 1915; The cross marking the grave of 1166 Signaller (Sig) Frederic Charles 'Freddie' Pratt, F Company, 3rd Battalion, of Woodstock, NSW. Sig Pratt enlisted on 17 August 1914 and embarked from Sydney aboard HMAT Euripides on 20 October 1914. He was killed in action on 19 May 1915 at Shrapnel Gully, during a heavy but unsuccessful enemy attack. He is now buried within this cemetery in Row D. 13. 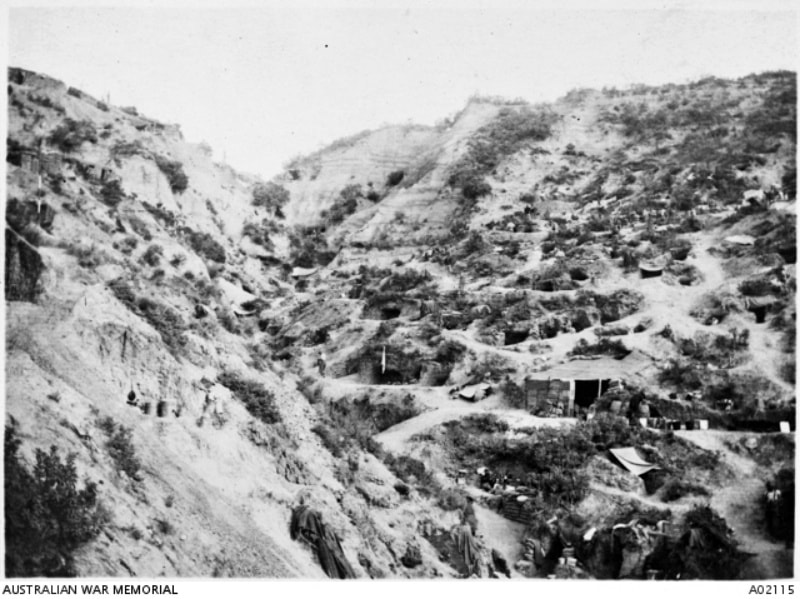 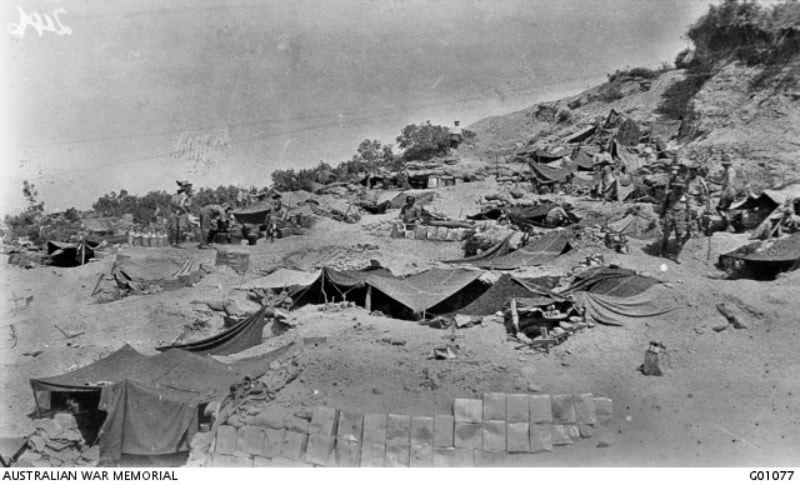 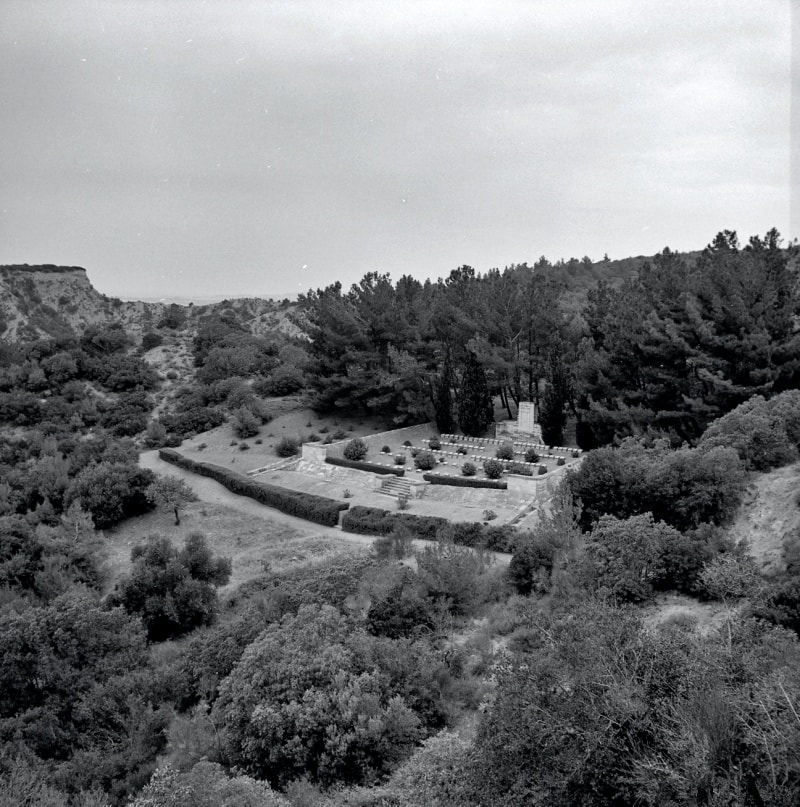