Abeele Aerodrome Military Cemetery is located 16 Km west of Ieper town centre on the N38, a road leading from the N308 connecting Ieper to Poperinge. From Ieper town centre the Poperingseweg (N308) is reached via Elverdingestraat then directly over two small roundabouts in the Capronstraat. The Poperingseweg is a continuation of the Capronstraat and begins after a prominent railway level crossing. On reaching Poperinge the N308 joins the left hand turning onto the R33, Poperinge ring road. The R33 ring road continues to the left hand junction with the N38 Frans Vlaanderenweg. 4 Km along the N38 lies the right hand turning onto the Casselstraat, followed by an immediate left hand turning onto the Dodemanstraat. The cemetery is located 450 metres along the Dodemanstraat on the right hand side of the road. Visitors to this site should note a 150 metre grassed access path which is not suitable for vehicles.

The cemetery, which took its name from an aerodrome that was opposite the site, was begun by French troops in April 1918 (Plot I) and extended by Commonwealth forces in the following July and August (Plot II). After the Armistice, the French graves were removed to other burial grounds and the resulting space was re-used to accomodate 25 Commonwealth burials (from April to August 1918) from the French Extension of Boeschepe Churchyard. Also, 84 American burials (Plot III), made between July and September 1918, were removed.

There are now 104 Commonwealth burials of the First World War in this cemetery. 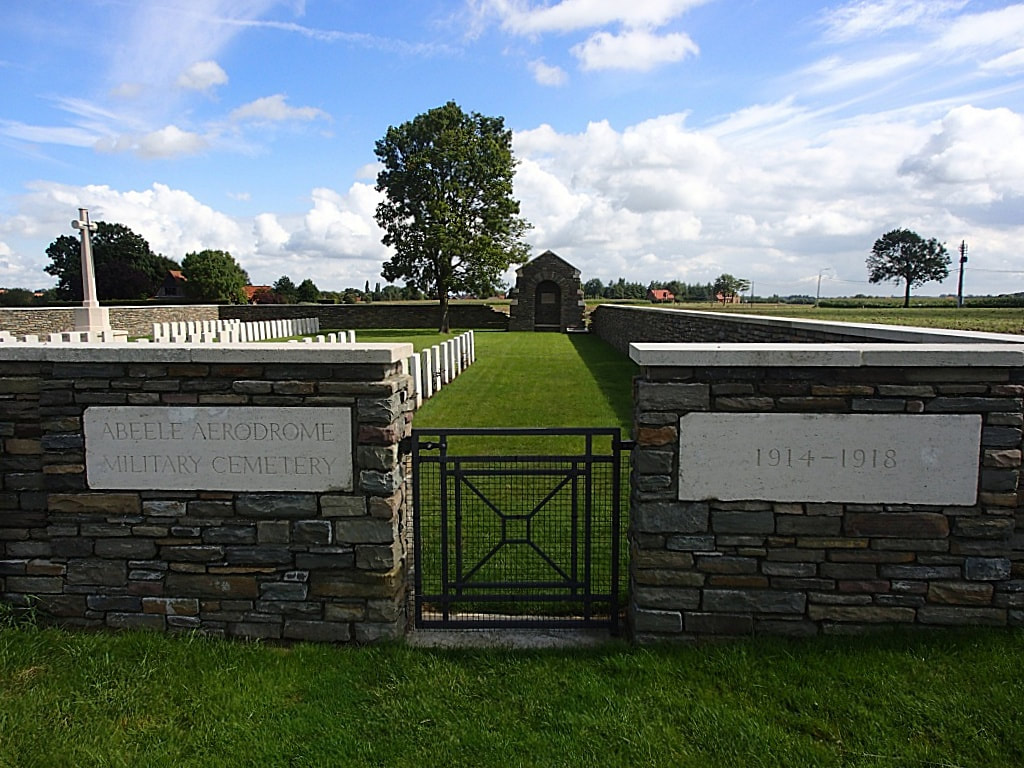 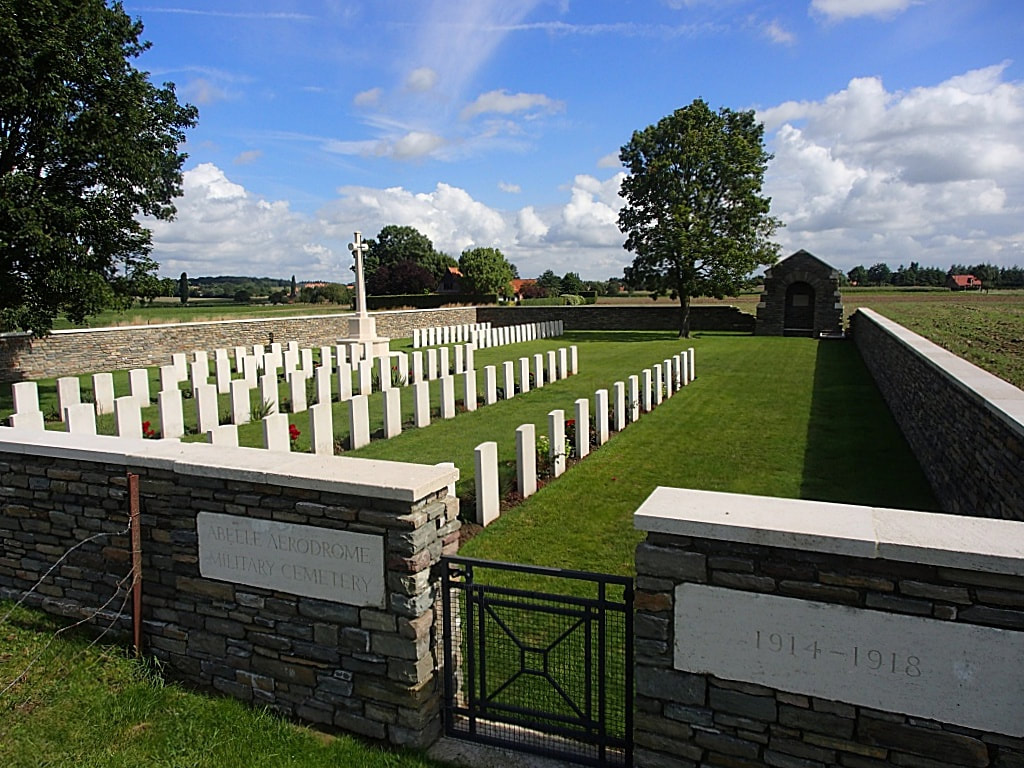 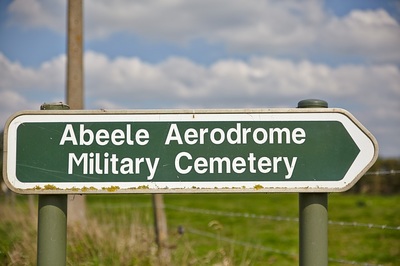 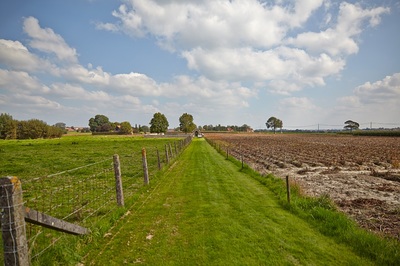 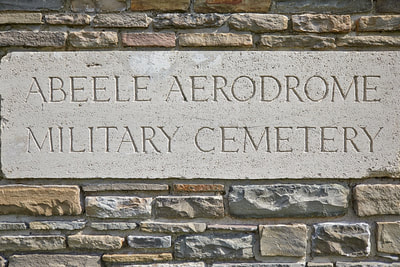 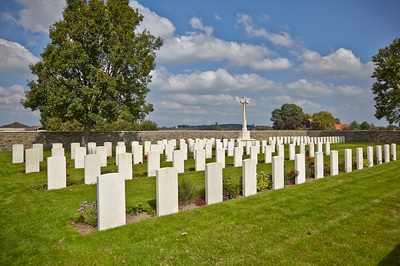 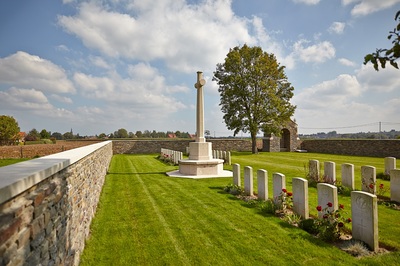 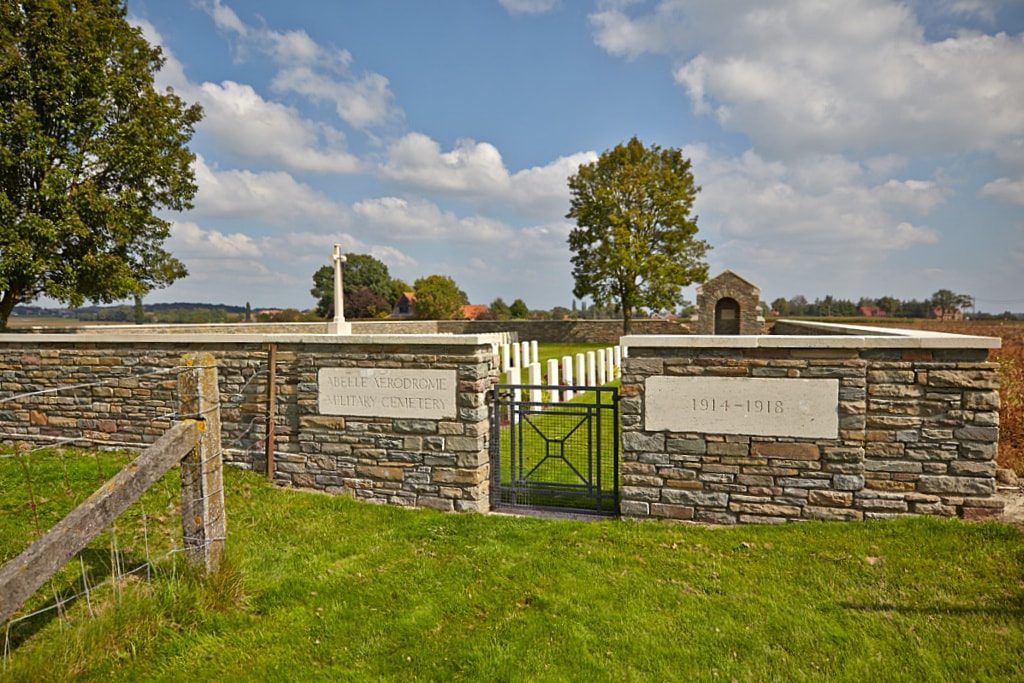 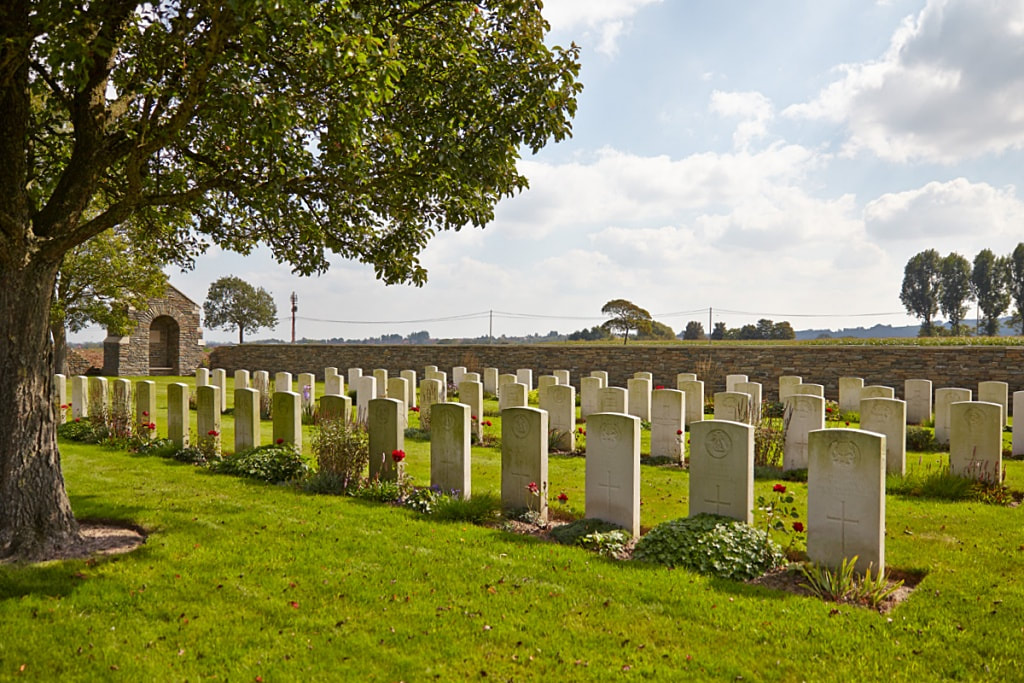 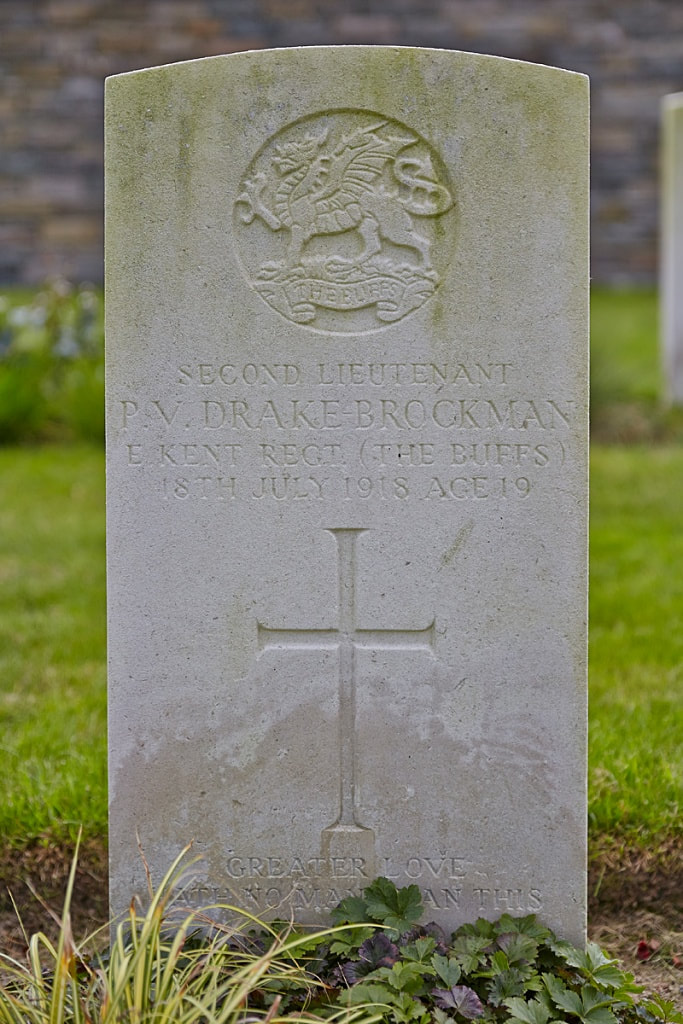 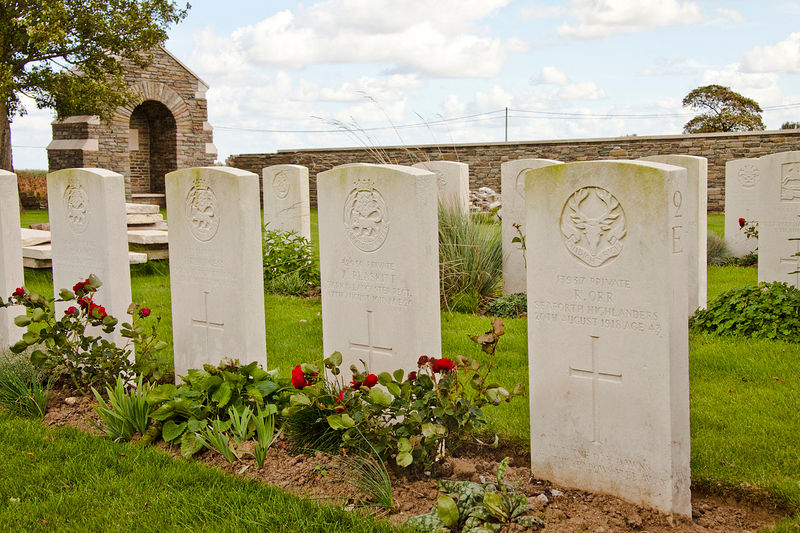 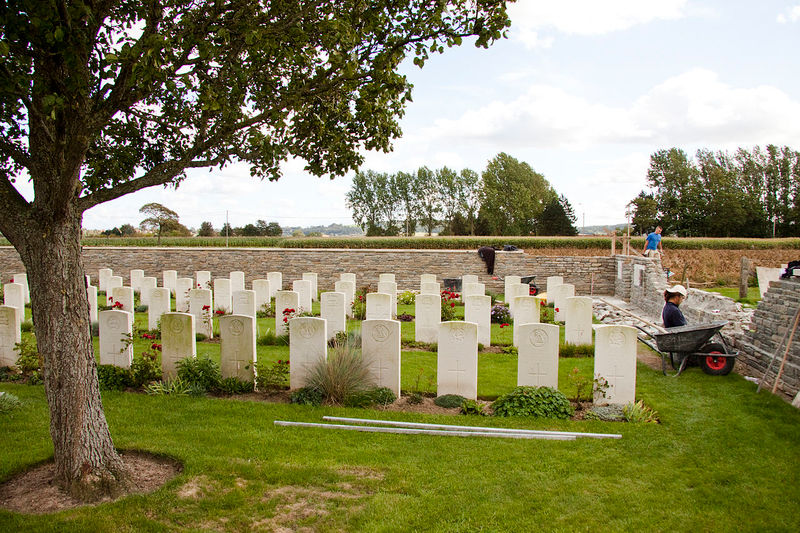 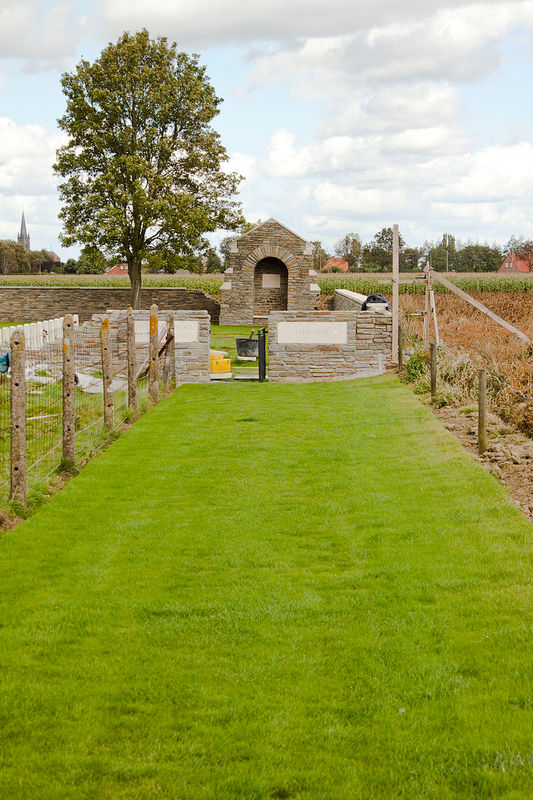 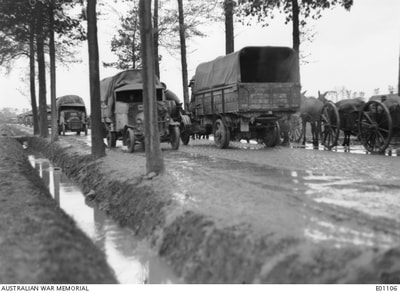 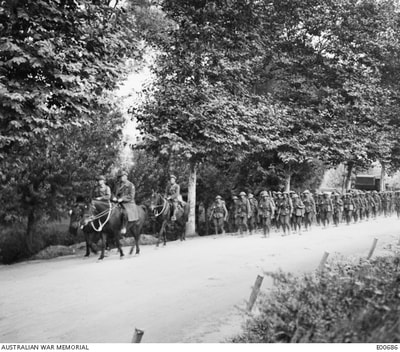 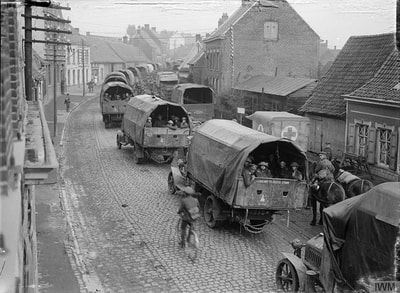 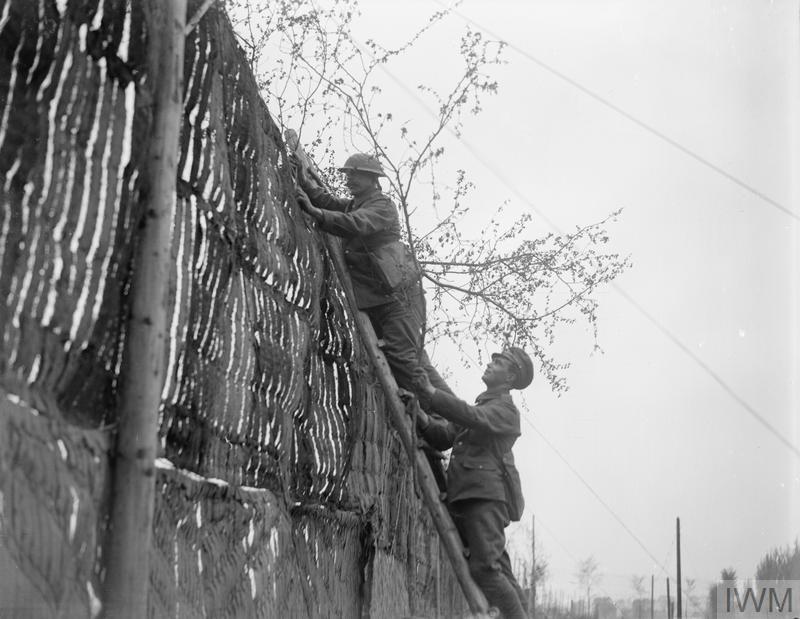 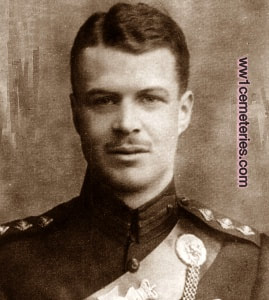 Son of Walter and Olive Barnett, of Bilton Hall, Rugby.

Inscribed on his headstone are the following words: 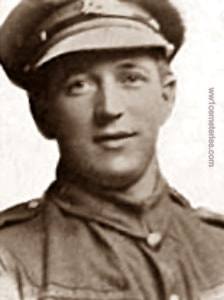 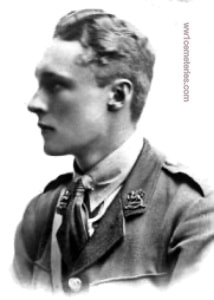 ​His headstone bears the inscription; "Greater Love Hath No Man Than This." 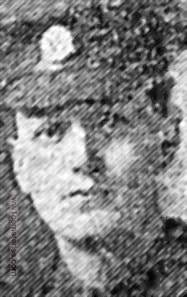 His headstone bears the inscription; "He Gave His All." 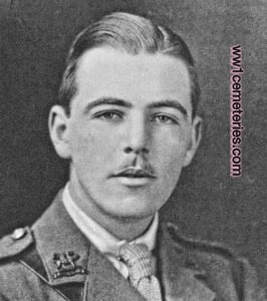 Inscribed on his headstone are the words: "Until the Day Break." 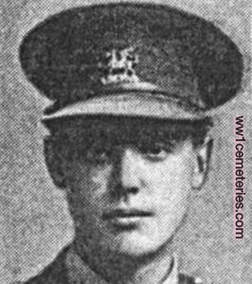 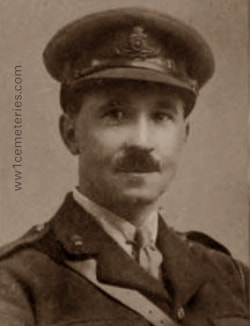 Inscription "He Died For Others" 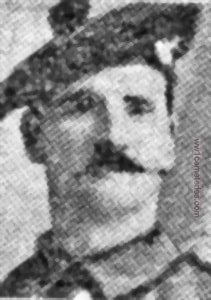 His headstone bears the inscription; "Till The Day Dawns And The Shadows Flee Away." 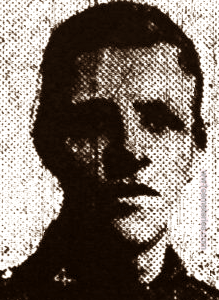 His headstone bears the inscription; "The Path Of Duty Is The Way To Glory." 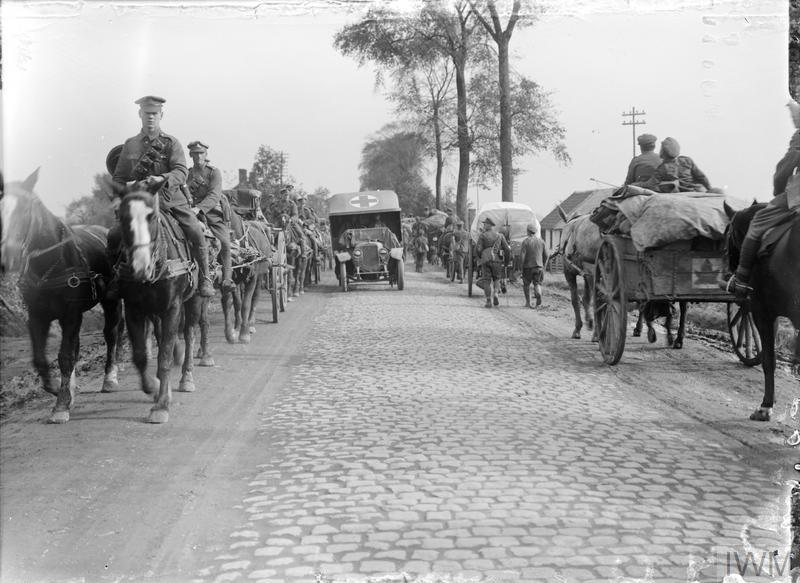 The normal double line of moving transport on a road near Abeele (Abele) including an ambulance, the Royal Artillery pulling a horse-drawn limber and a Canadian horse-drawn cart, 15th September 1917. © IWM (Q 3023) 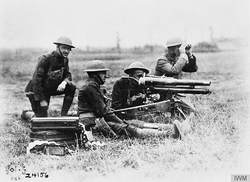