Aisne-Marne American Cemetery lies south of the village of Belleau, France, six and a half miles northwest of Château-Thierry.

From Paris travel via toll autoroute A-4. Take the Montreuil-aux-Lions exit (#19), then travel via N-3 (also called D1003), following the cemetery signs to “Lucy-le-Bocage” and proceed via D82 through Belleau Wood to the cemetery entrance.

From Reims travel via toll autoroute A-4. The cemetery may be reached by taking the Château-Thierry exit (#20). Proceed to the center of Château-Thierry and then follow the Aisne-Marne American Cemetery signs in the direction of Meaux/ La Ferté sous Jouarre via D1003. About one mile after Château-Thierry, there will be signs for Belleau via D9 on your right, at the top of the hill. At this point you will be 10 minutes from the cemetery. Stay on the main road until you enter Belleau.

There is rail service from Paris (Gare de l'Est) to the train station in Château-Thierry. The journey takes about one hour. From Château-Thierry to Belleau, the trip is a 15-minute ride via taxi. (No bus transportation is available)

Paris is about 60 miles from the cemetery.

Public transportation to the cemetery is not available.

With headstones lying in a sweeping curve, the 42.5-acre Aisne-Marne American Cemetery and Memorial in France, sits at the foot of Belleau Wood. The cemetery contains the graves of 2,289 war dead, most of whom fought in the vicinity and in the Marne Valley in the summer of 1918. The memorial chapel sits on a hillside, decorated with sculptured and stained-glass details of wartime personnel, equipment and insignia. Inscribed on its interior wall are 1,060 names of the missing. Rosettes mark the names of those since recovered and identified. During World War II the chapel was damaged slightly by an enemy shell. Belleau Wood adjoins the cemetery and contains many vestiges of World War I. A monument at the flagpole commemorates the valor of the U.S. Marines who captured much of this ground in 1918 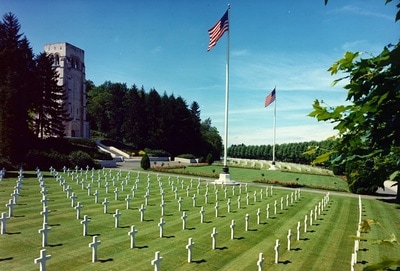 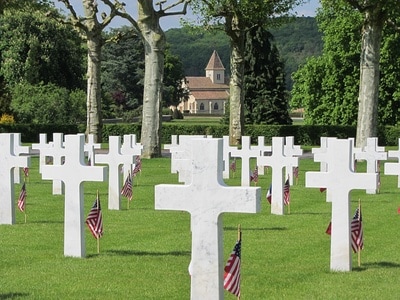 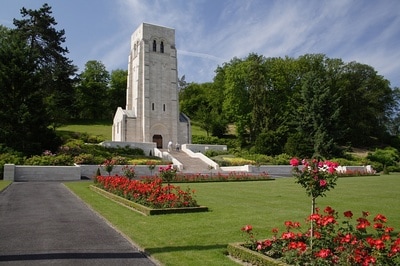 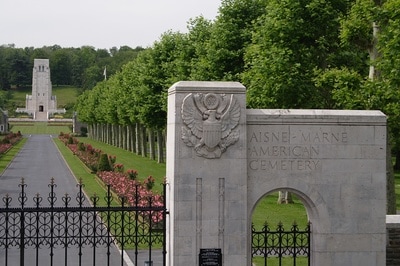 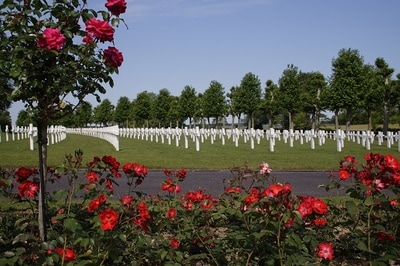 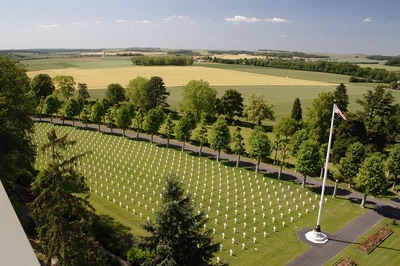 Belleau Wood is located on the high ground to the rear of Aisne-Marne American Cemetery south of the village of Belleau (Aisne), France. In the center of the road leading through the woods is a flagpole and a monument commemorating the valor of the U.S. Marines who captured this area in 1918. (Sculptor: Felix de Weldon, 1955).
​
It commemorates the actions of the 4th Marine Brigade of the U.S. Army’s 2nd Division. The 2nd Division attacked German positions beginning on June 6, 1918. The 4th Marine Brigade liberated Bouresches that day. Its 5th and 6th Marine Regiments fought in Belleau Wood through most of June 1918.

Their gallant actions resulted in the Battle of Belleau Wood ending on June 26. On June 30, 1918, the Commanding General, French 6th Army, officially renamed Belleau Wood as “Wood of the Marine Brigade.”

The 2nd Division sustained casualties of 8,100 officers and men during the intense fighting in this vicinity during June 1918. Vestiges of trenches, shell holes, and relics of the war to include weapons found in the vicinity, may be seen near the marine monument, which was erected by the U.S. Marine Corps. 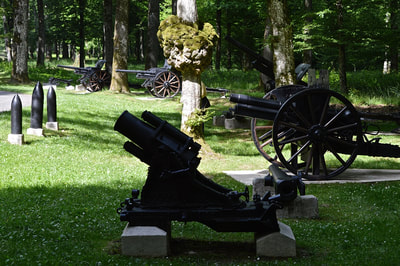 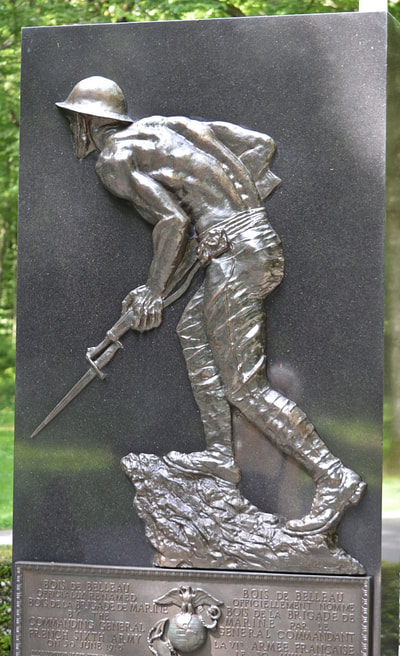 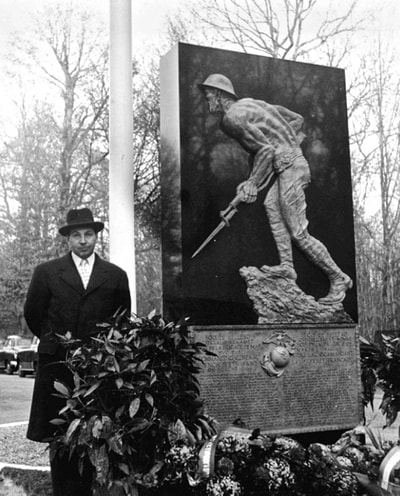 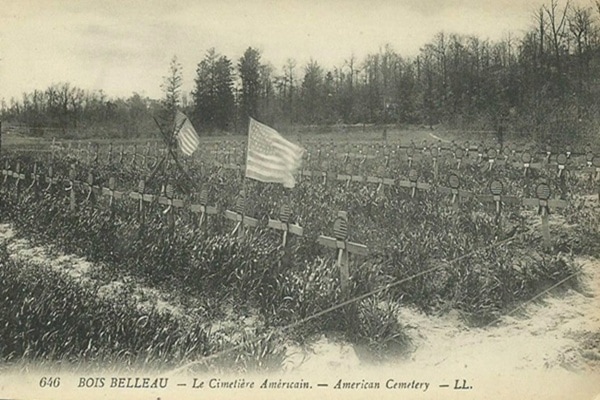