Annoeullin is a village in the Department of the Nord, approximately 10 kilometres east of La Bassee and 4 kilometres north of Carvin on the D41.

The Communal Cemetery is in the south-east part of the village. The three Commonwealth war graves will be found on the extreme right of the Calvaire.

The German Extension is adjacent to the Communal Cemetery.

The German Extension on the South-East side of the Communal Cemetery was begun in October, 1915, and enlarged by the French after the Armistice, when 23 British graves were removed to Cabaret-Rouge British Cemetery, Souchez. It now contains 1,600 German graves. 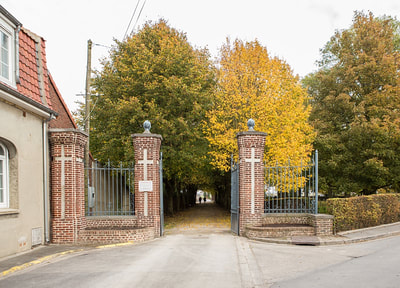 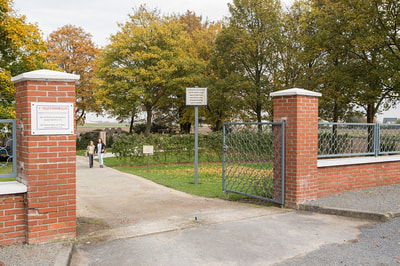 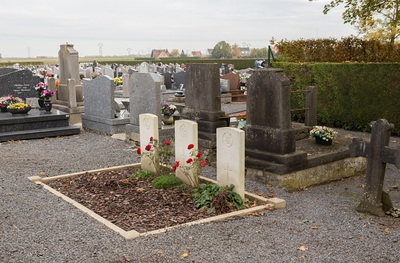 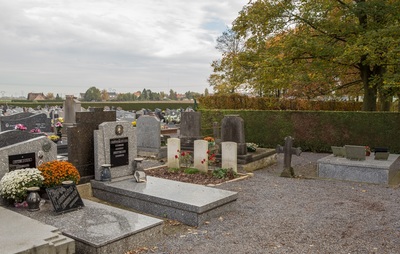 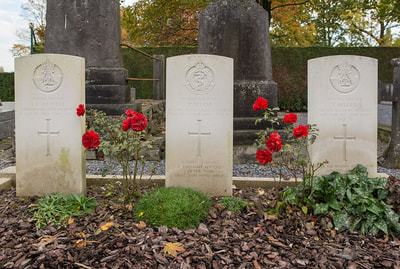 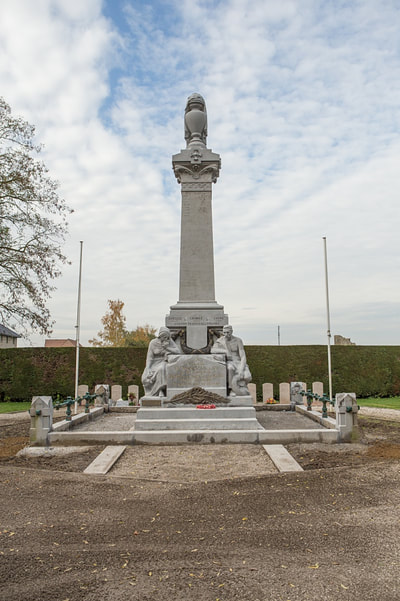 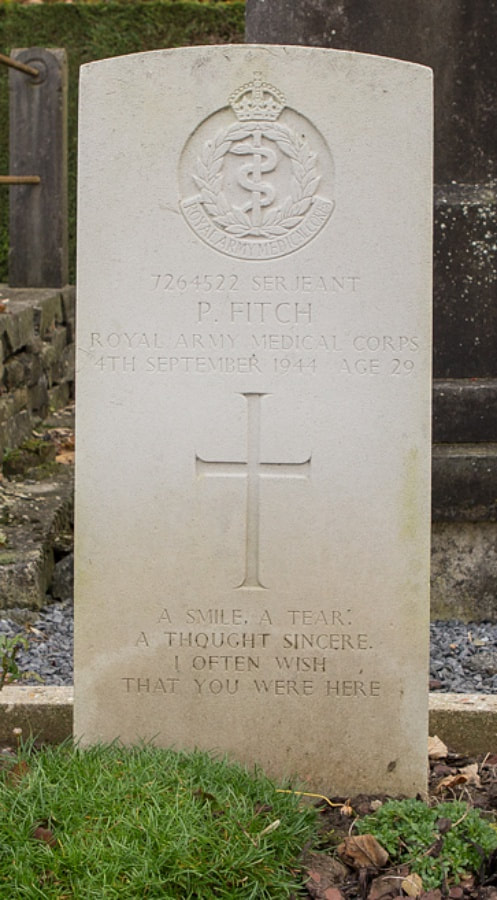 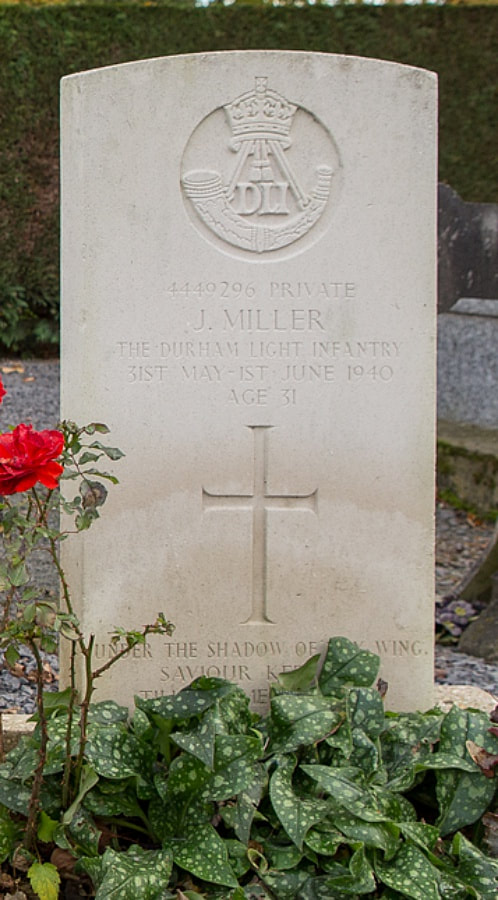 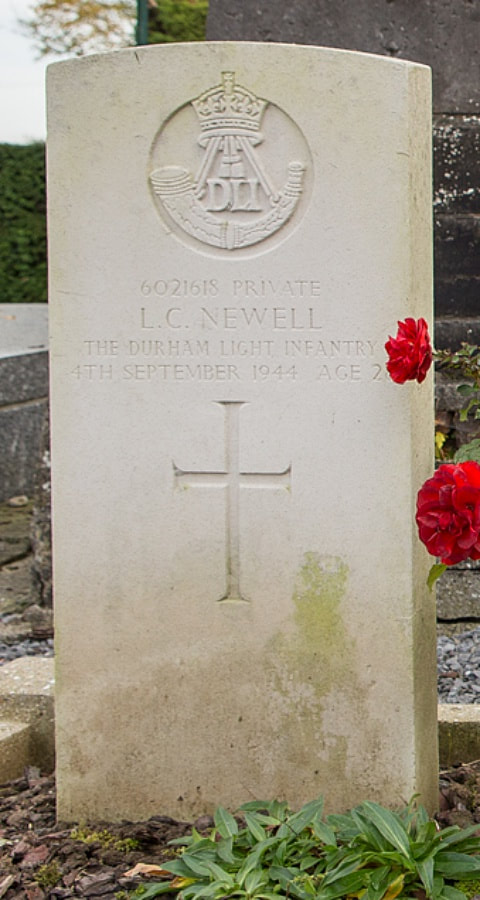 Citation: An extract from the "London Gazette" dated 8th June 1917, records the following:- "For most conspicuous and consistent bravery from the 25th of April to the 6th of May, 1917, during which period Capt. Ball took part in twenty-six combats in the air and destroyed eleven hostile aeroplanes, drove down two out of control, and forced several others to land. In these combats Capt. Ball, flying alone, on one occasion fought six hostile machines, twice he fought five and once four. When leading two other British aeroplanes he attacked an enemy formation of eight. On each of these occasions he brought down at least one enemy. Several times his aeroplane was badly damaged, once so seriously that but for the most delicate handling his machine would have collapsed, as nearly all the control wires had been shot away. On returning with a damaged machine he had always to be restrained from immediately going out on another. In all, Capt. Ball has destroyed forty-three German aeroplanes and one balloon, and has always displayed most exceptional courage, determination and skill." 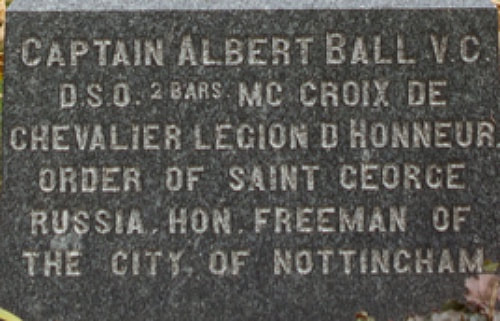 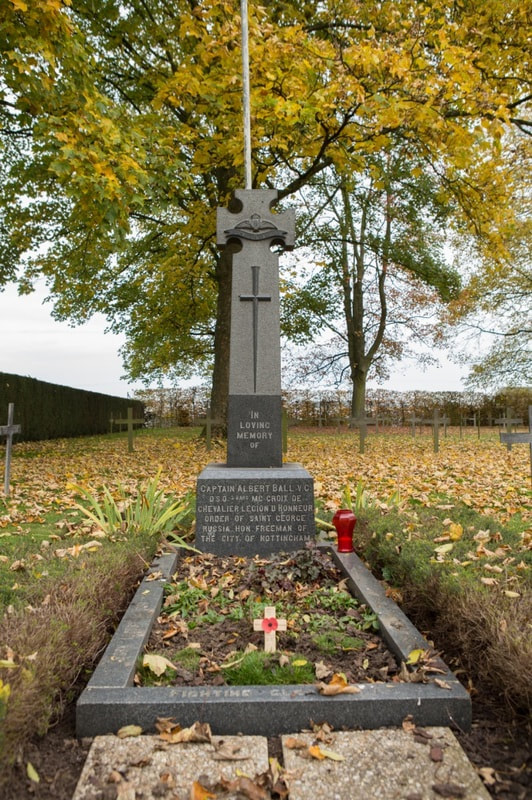 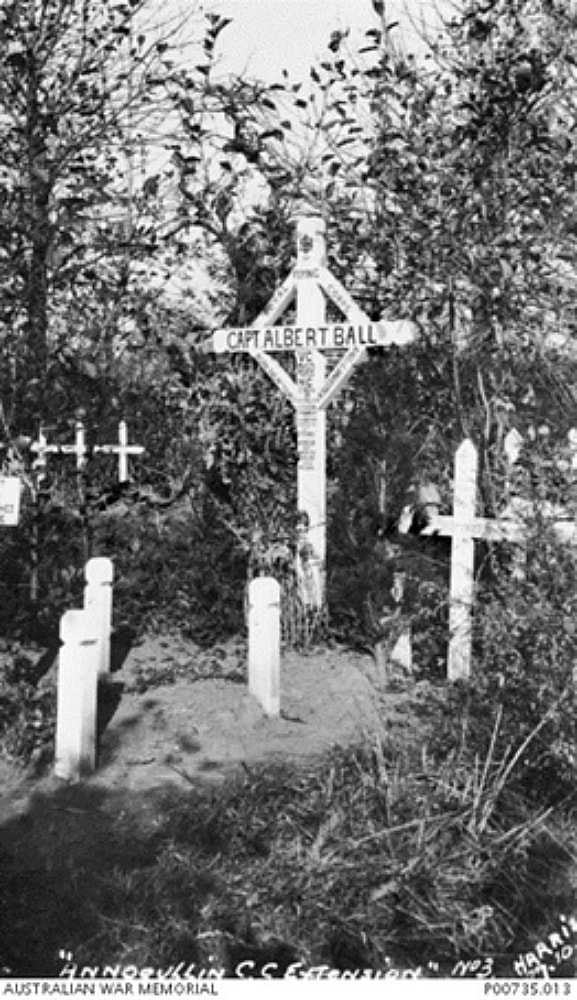