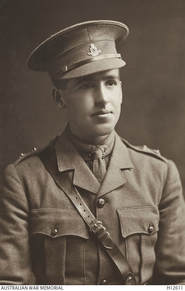 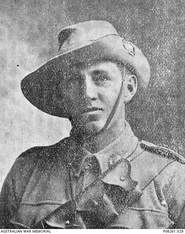 Studio portrait of Trooper (Tpr) Alexander Watt Andrew Barber, farmer, of Laen (near Donald), Victoria. He enlisted in the 8th Light Horse Regiment on 17 September 1914 and embarked from Melbourne aboard HMAT Star of Victoria on 24 February 1915 for Gallipoli. Tpr Barber died at Anzac Cove of wounds received in action at Gallipoli on 22 June 1915. He was aged 24 years. This image is one from a poster produced at Donald, Victoria, commemorating the deaths of soldiers associated with Donald and surrounding district during the First World War. The poster is held at P08261.001. 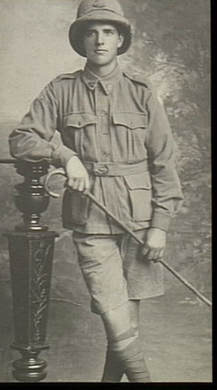 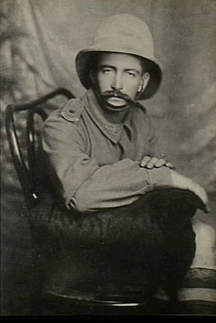 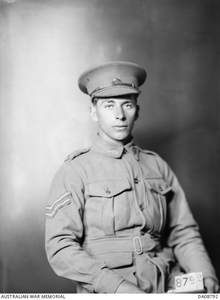 ​
Studio portrait of 705 Private (Pte) George Edward Drew, 23rd Battalion, of Prahran, Vic. Pte Drew enlisted on 1 March 1915 and embarked from Melbourne aboard HMAT Euripides on 8 May 1915. He later served as a corporal, and died of wounds on 23 November 1915 received at Lone Pine, Gallipoli Peninsula, Turkey. 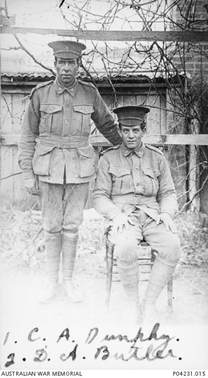 Studio portrait of two soldiers of the 8th Reinforcements, 3rd Battalion, which embarked from Sydney aboard HMAT Runic on 9 August 1916. Seated is 2585 Private (Pte) Cecil Annesley Dunphy, of Tamworth, NSW. Pte Dunphy enlisted on 10 June 1915 and died of wounds he received at the Gallipoli Peninsula on 19 November 1915, aged 23 years. He is buried at Gallipoli 29 Ari Burnu Cemetery Anzac. Standing is 2559 Pte Daniel Arthur Butler, of Ben Lomond, NSW, who enlisted on 10 June 1915. He later served with the 55th Battalion.This lantern slide is one of a series of images of soldiers from the district who enlisted and served overseas. The slides were probably displayed at the Tamworth Cinema between features. Some of the slides have been annotated with information about the person pictured. 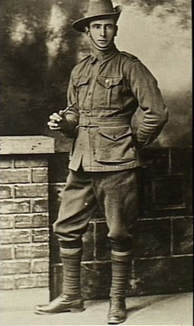 Studio portrait of 1894 Private Walter Vivian Elliott, 26th Battalion. A farmer from Ballina, NSW prior to enlistment, Pte Elliott embarked with the 3rd Reinforcements from Brisbane on 16 August 1915 on HMAT Kyarra. On 28 November 1915 he was killed in action at Gallipoli and was originally buried in the NZ Point Cemetery. He was later re-interred in the Ari Burnu Cemetery, Anzac. 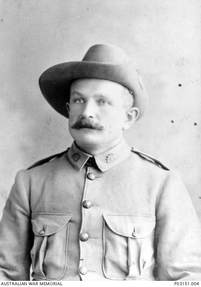 143 Lance Corporal
Alexander King
9th Australian Light Horse
6th August 1915, aged 42.
Row E. 12.
INSCRIPTION. HE THAT BELIEVETH IN ME THOUGH HE WERE DEAD YET SHALL HE LIVE.

Back to Ari Burnu Cemetery, (Anzac)