Audruicq is a village and commune about 19 kilometres south-east of Calais.

The churchyard extension is north-east of the church and near its western boundary are the graves of 7 soldiers from the United Kingdom from World War Two. There is also one World War One U. K. burial in the churchyard who is commemorated on a private memorial. 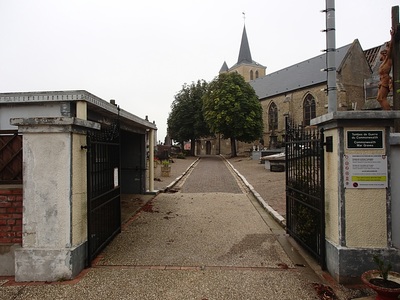 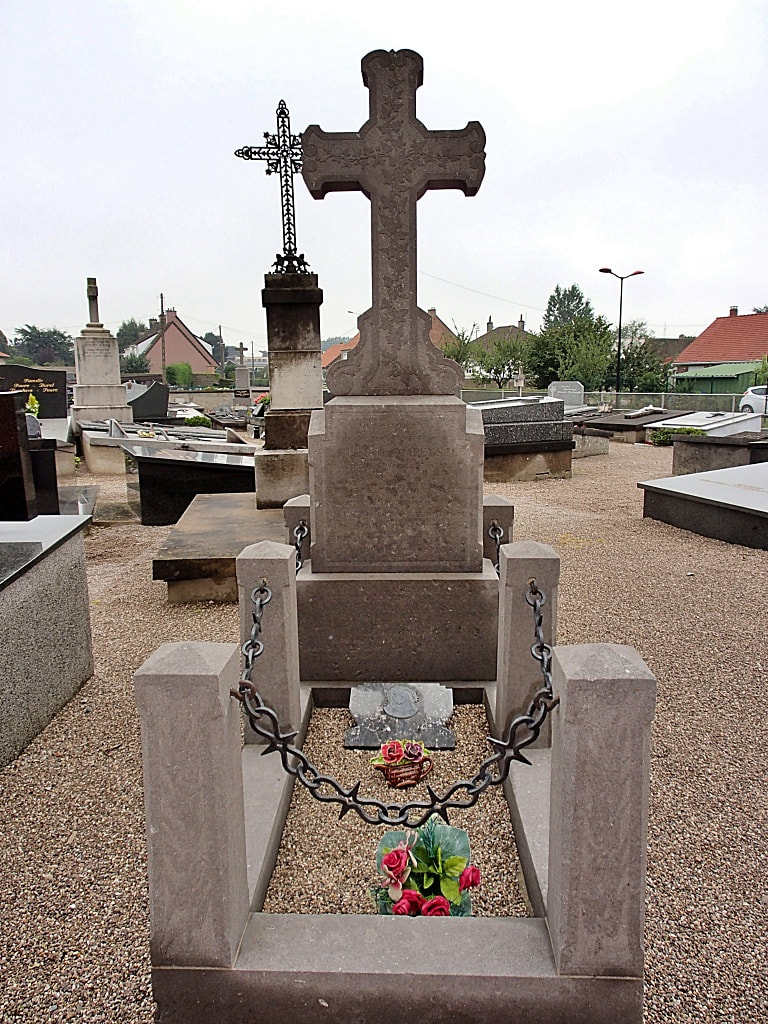 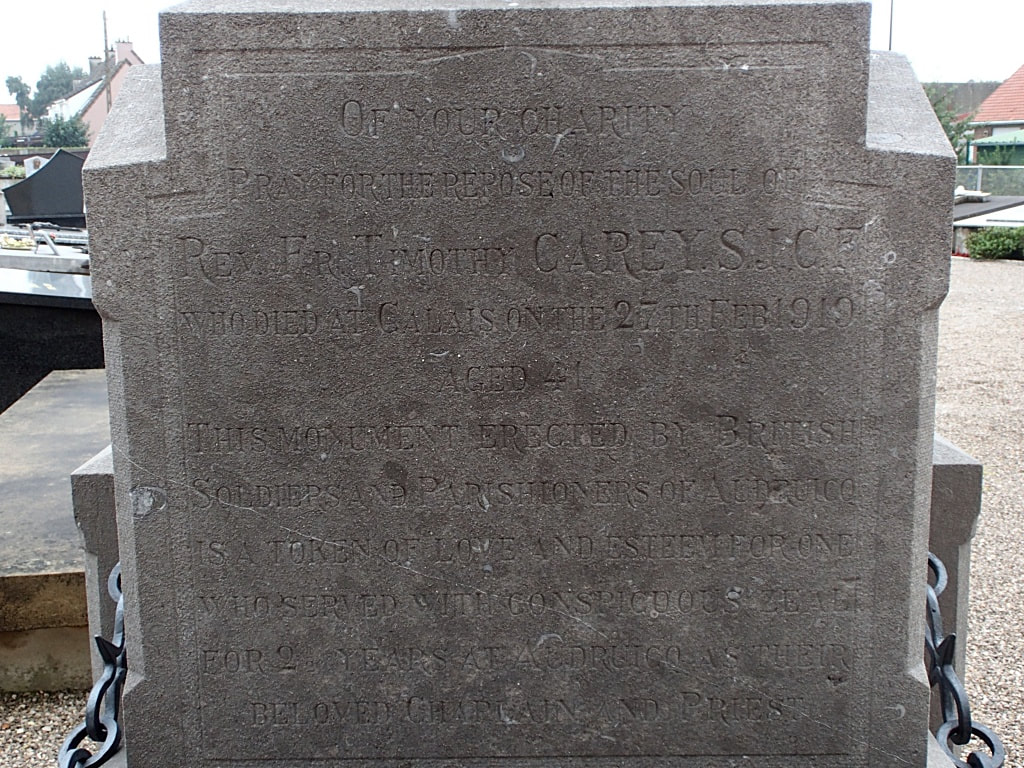 (Inscription reads "Of your charity pray for the repose of the soul of Rev. Fr. Timothy Carey S. J. C. F., who died at Calais on the 27th February 1919, aged 41. This monument erected by British soldiers and parishioners of Audruicq is a token of love and esteem for one who served with conspicuous zeal for 2 years at Audruicq as their beloved chaplain and priest). 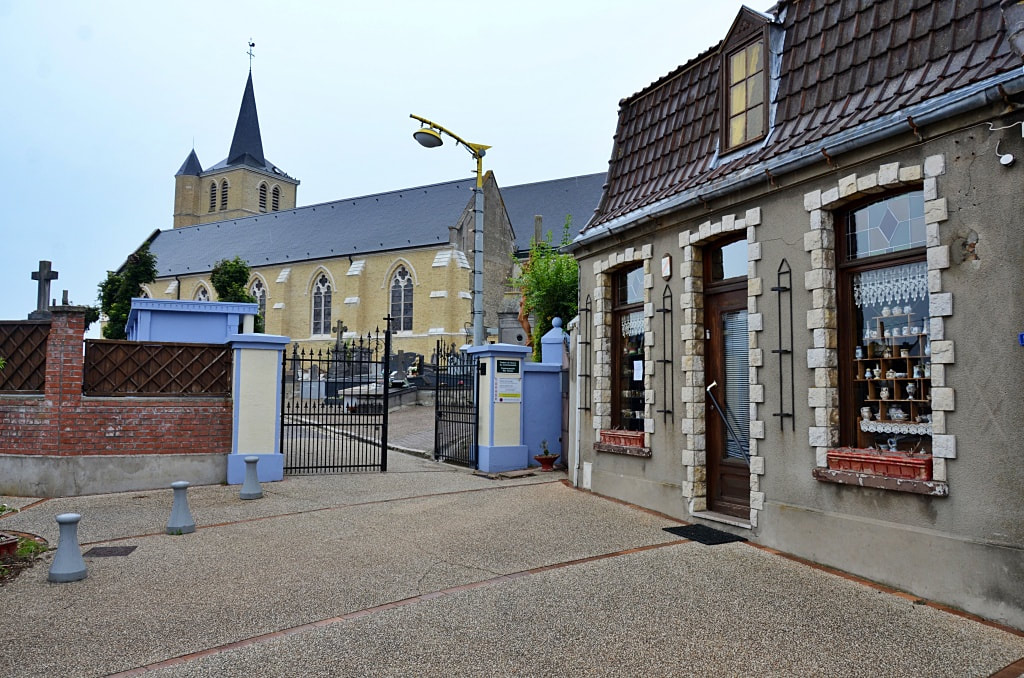 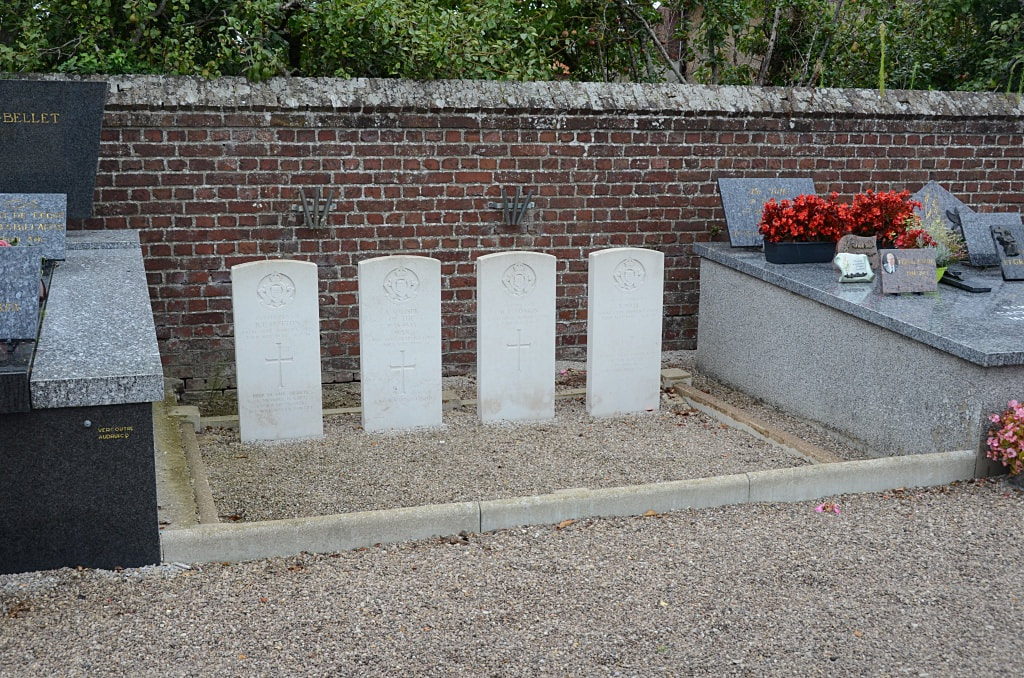 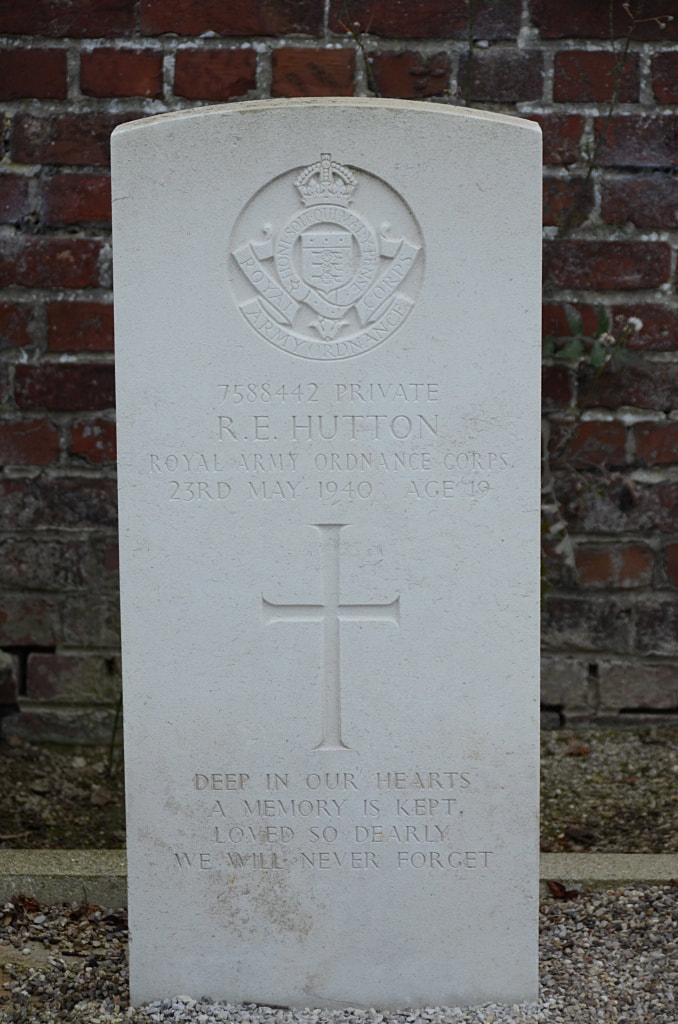 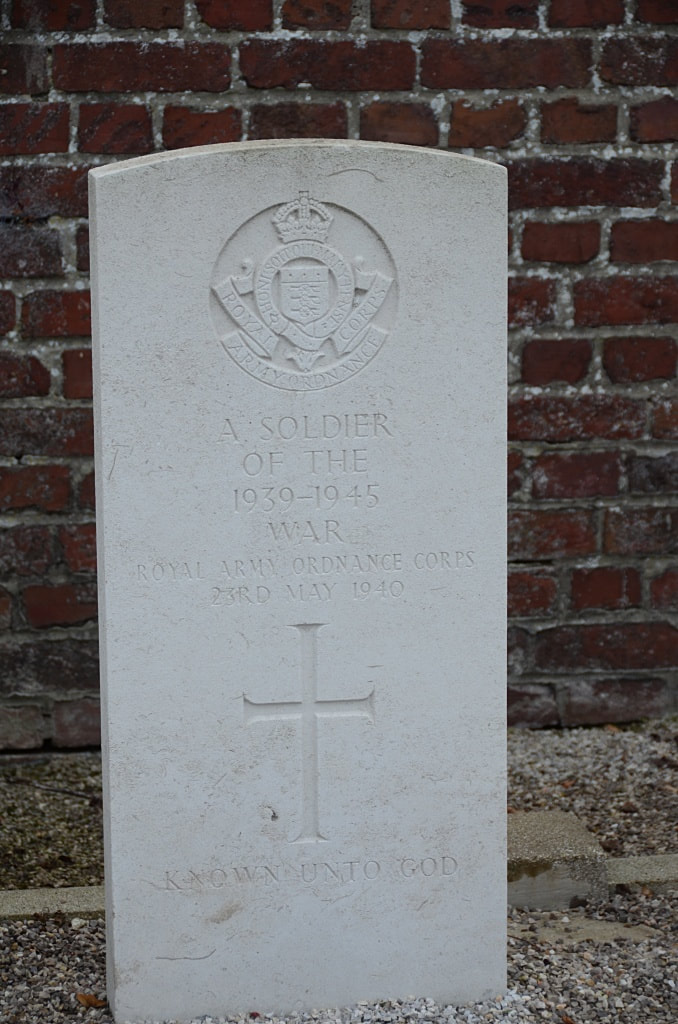 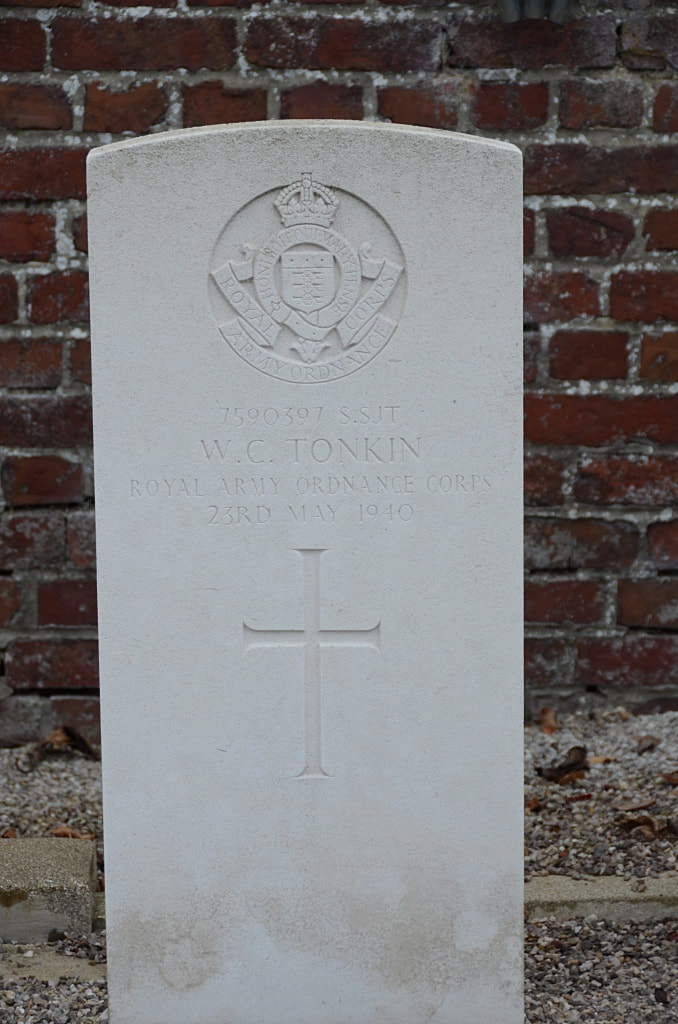 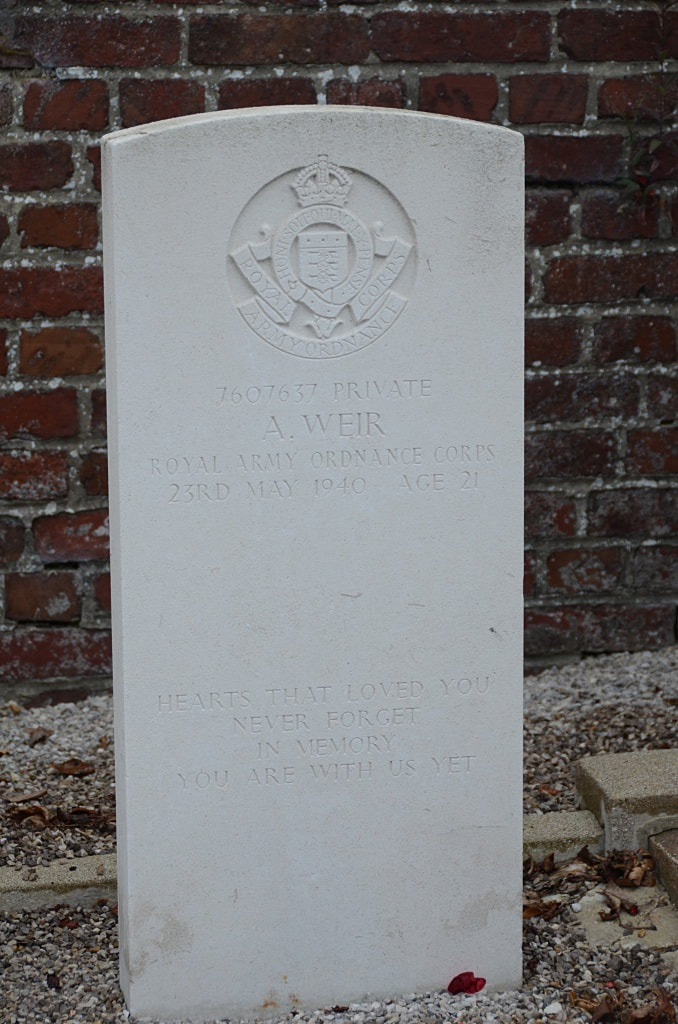 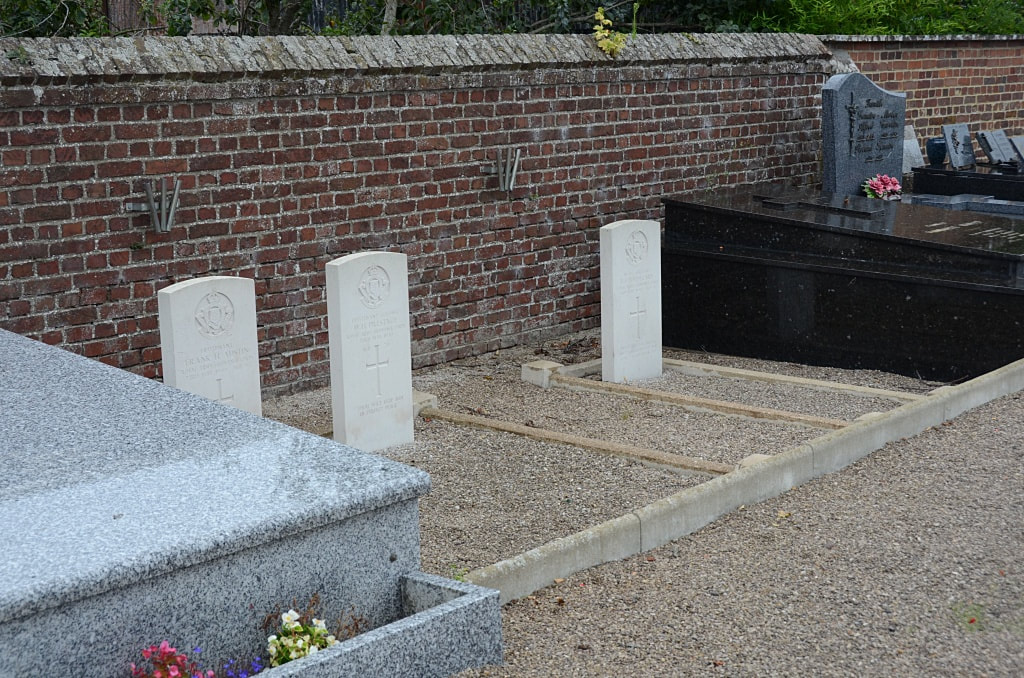 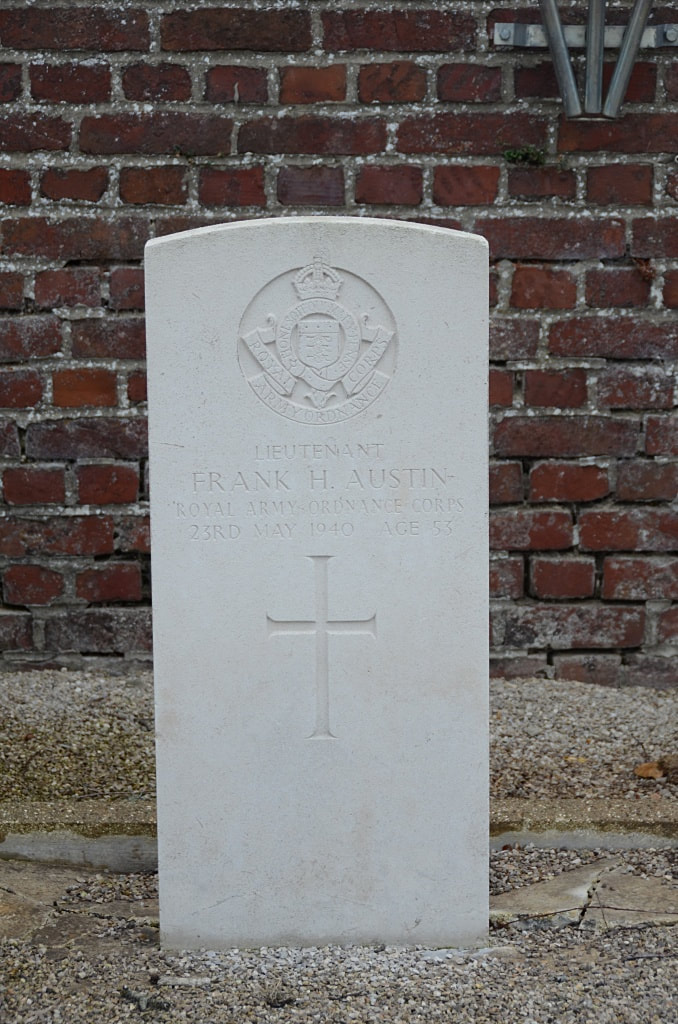 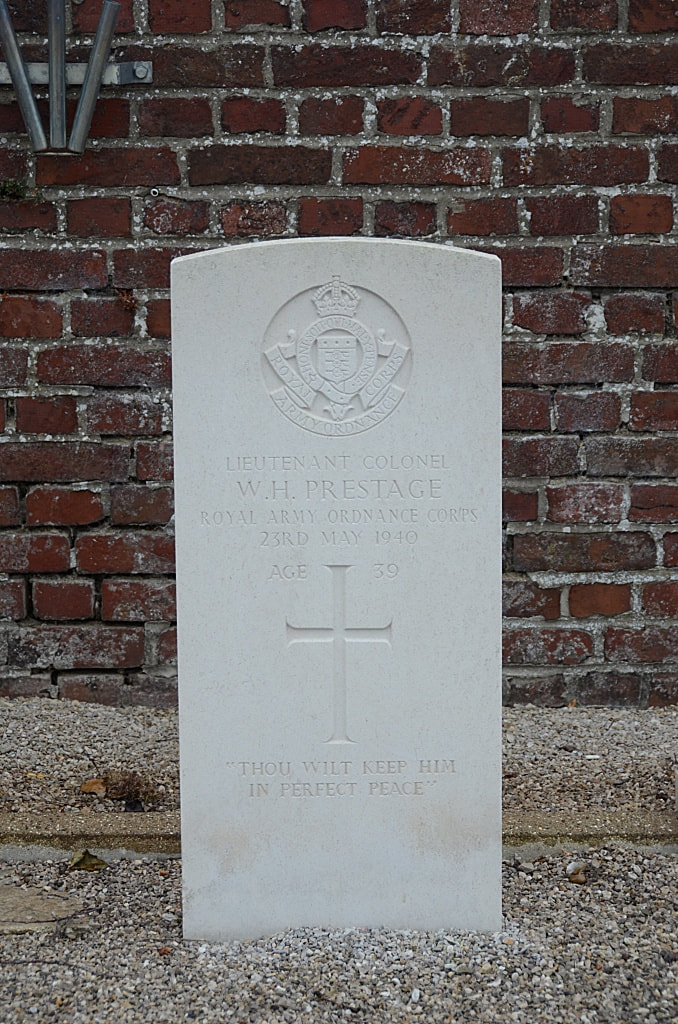 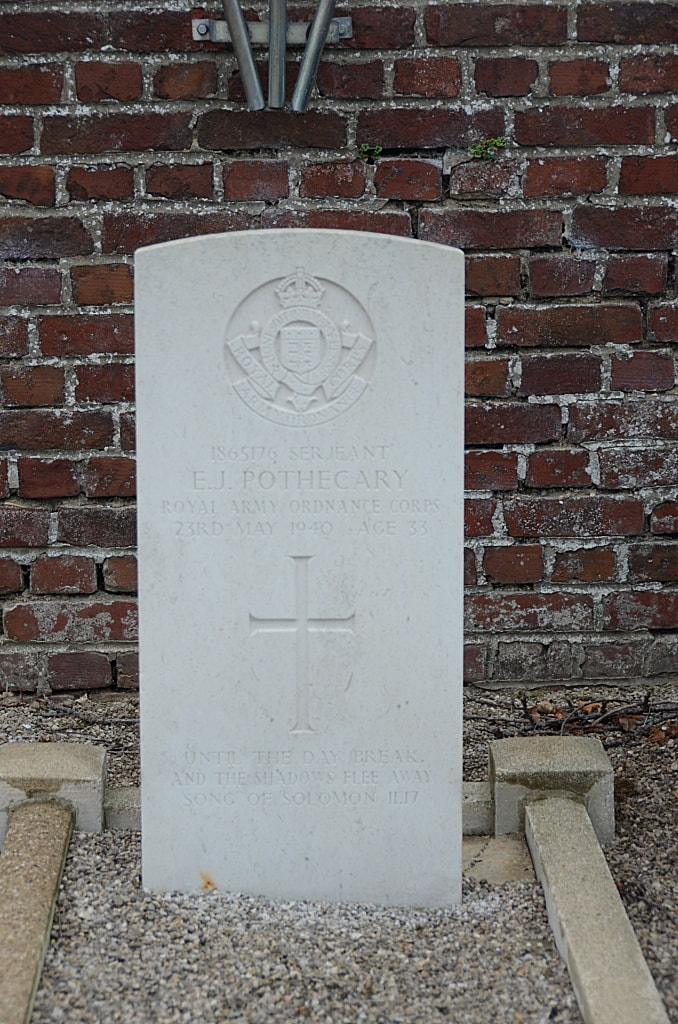 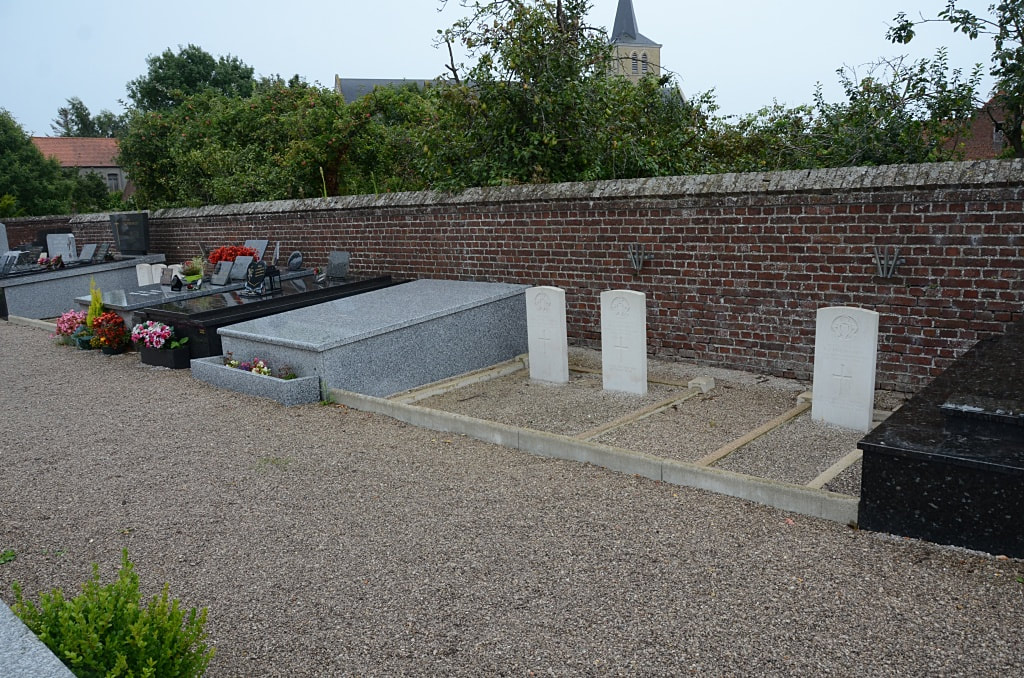 7607637 Private Andrew Weir, 14 Army Field Workshop, Royal Army Ordnance Corps, died 23rd May 1940, aged 21. Son of Andrew Weir and of Mary Weir (nee MacDonald), of Glasgow; husband of Winifred Helen Weir, of Fareham, Hampshire. His headstone bears the inscription "Hearts That Loved You Never Forget In Memory You Are With Us Yet"