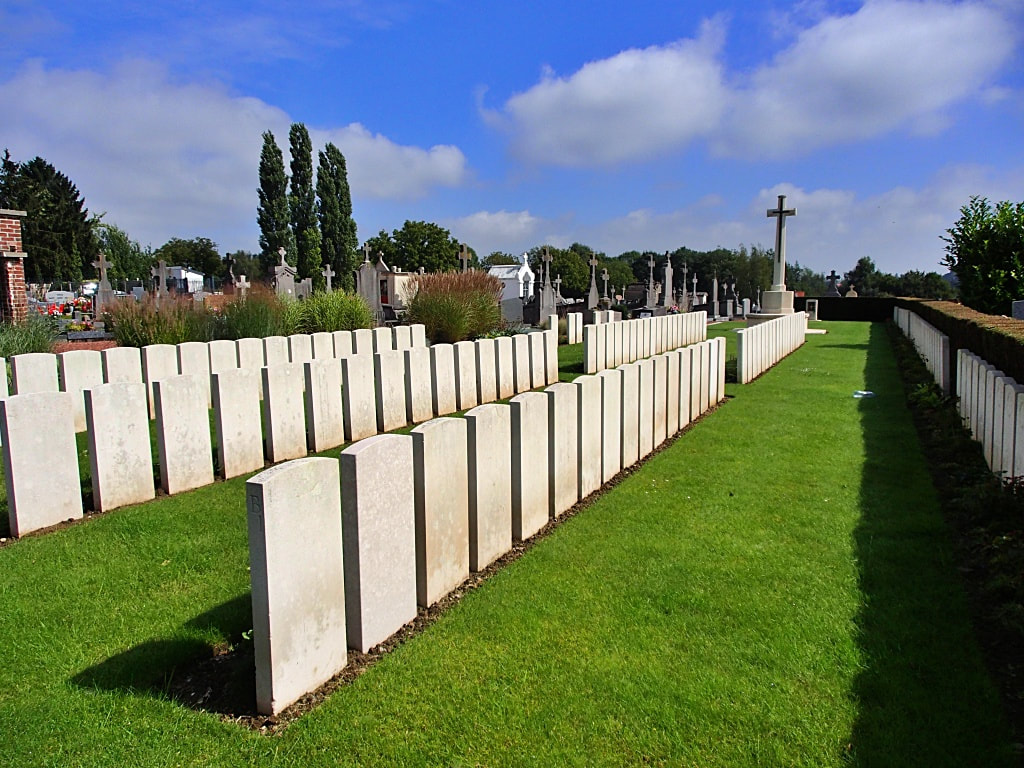 Aulnoy is a village and commune in the Department of the Nord, 3.5 Kms south of Valenciennes.

Aulnoy village was the scene of fighting at the end of October, 1918, in which the 4th Seaforths were engaged.

There are 160, 1914-18 war casualties commemorated in this site. All who fell in late October and early November, 1918, and were buried by their comrades. Of these, 8 are unidentified.

The plot at the West end of the Communal Cemetery covers an area of 421 metres and is enclosed by a stone curb. 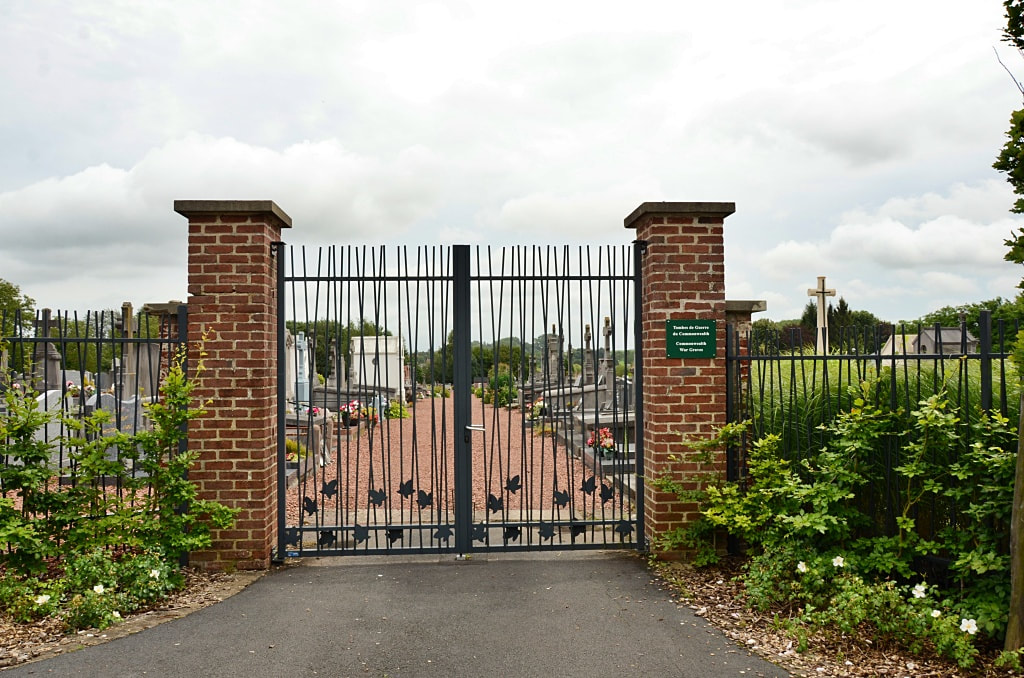 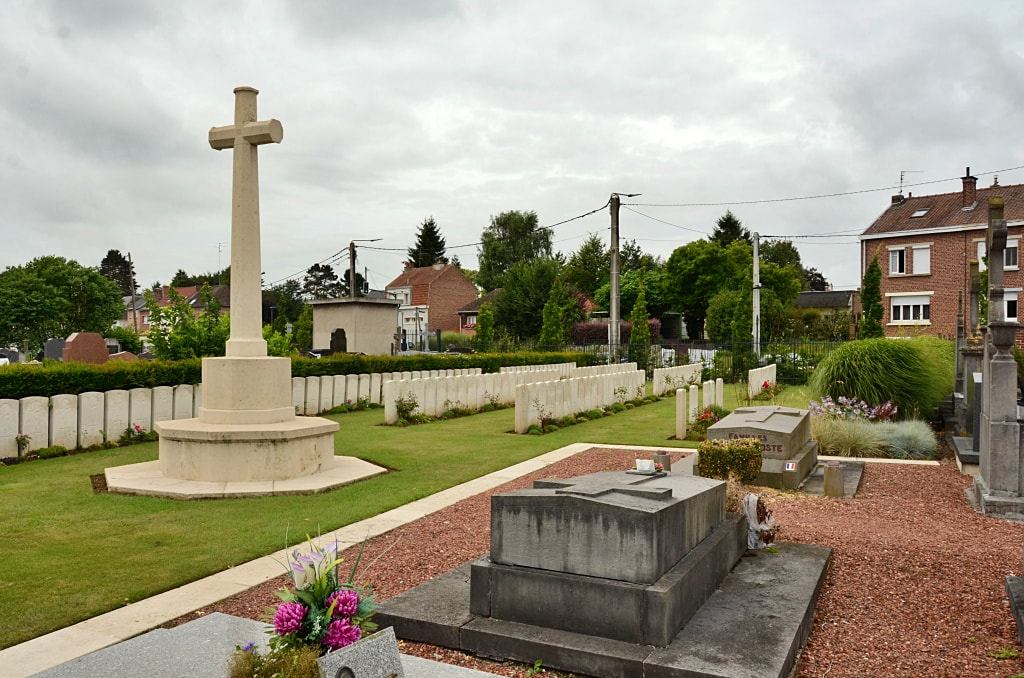 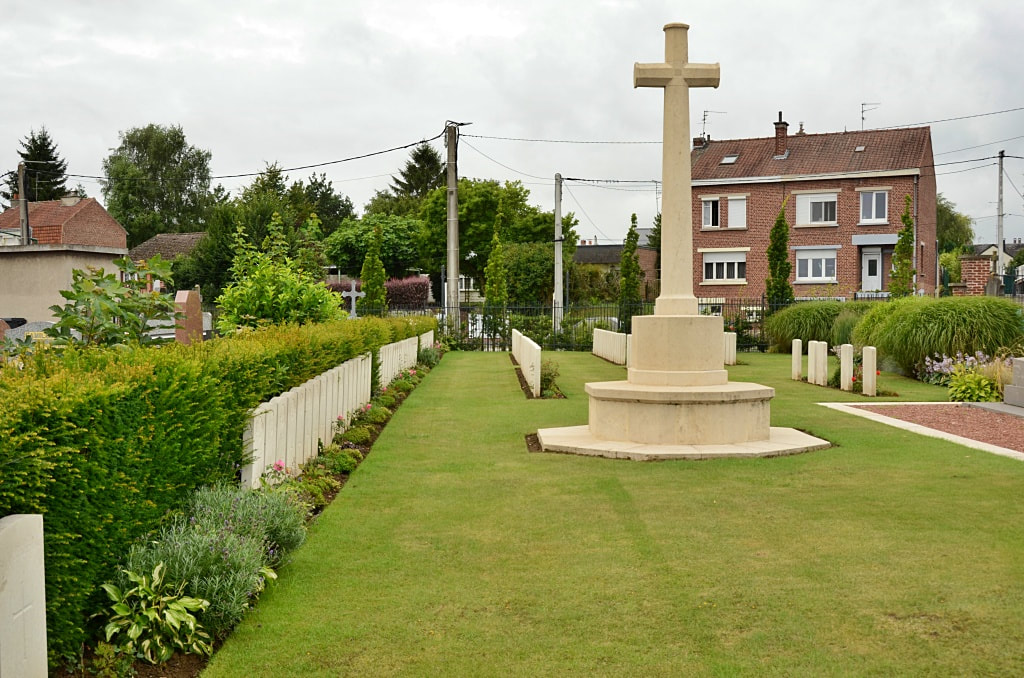 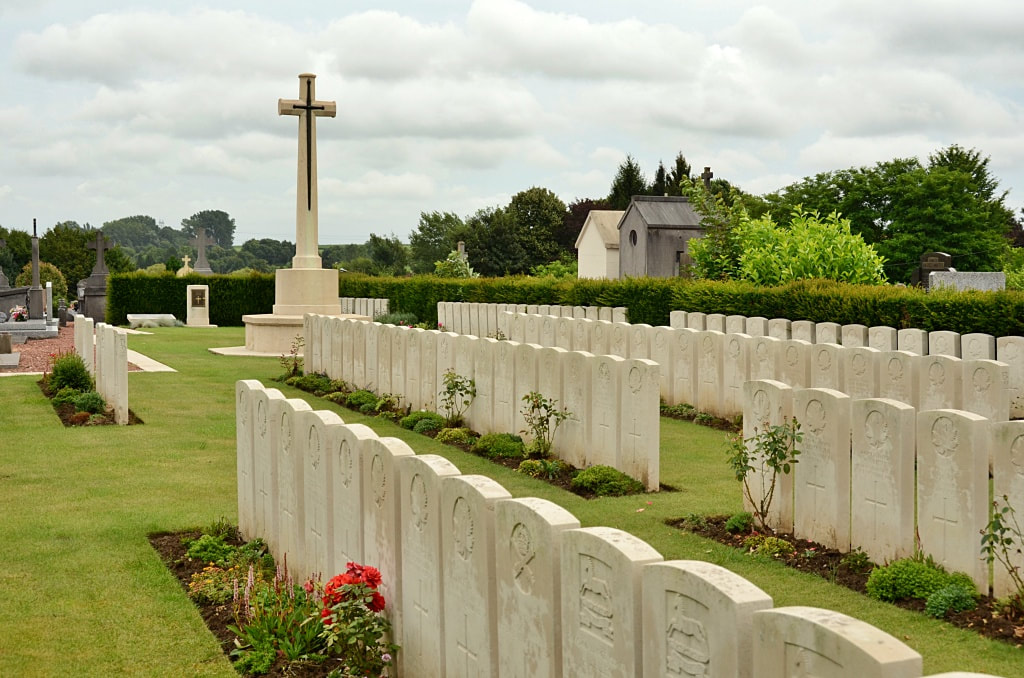 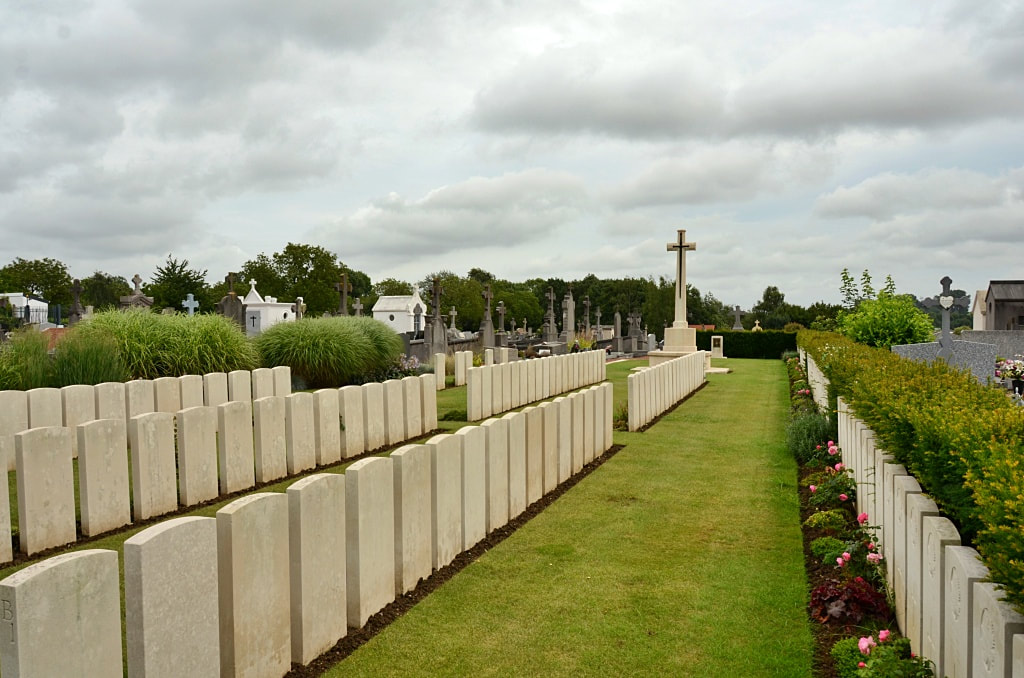 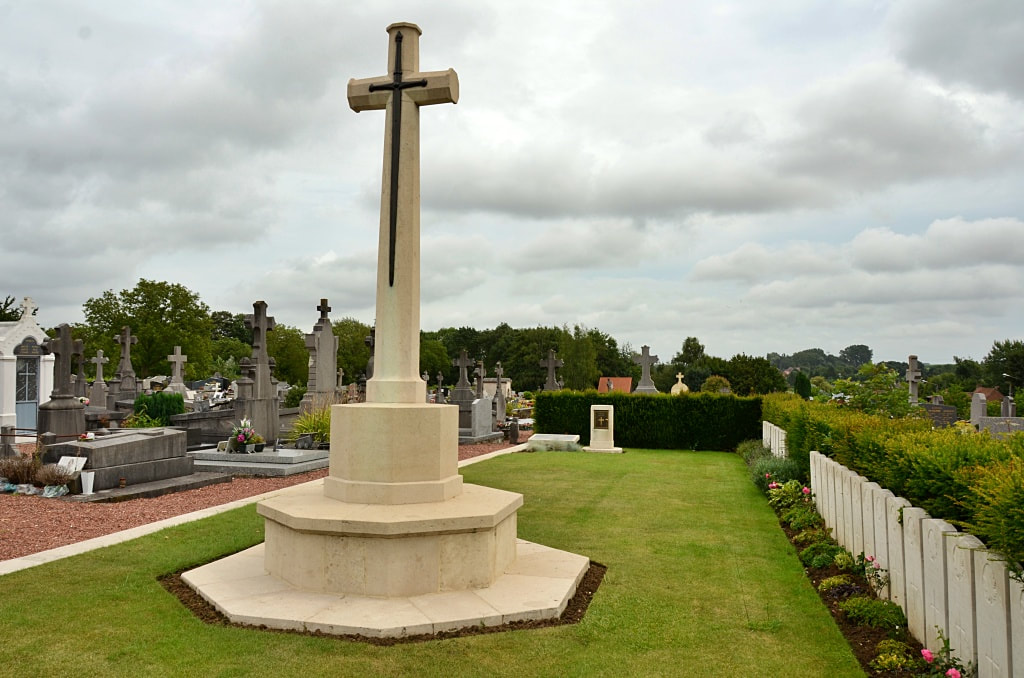 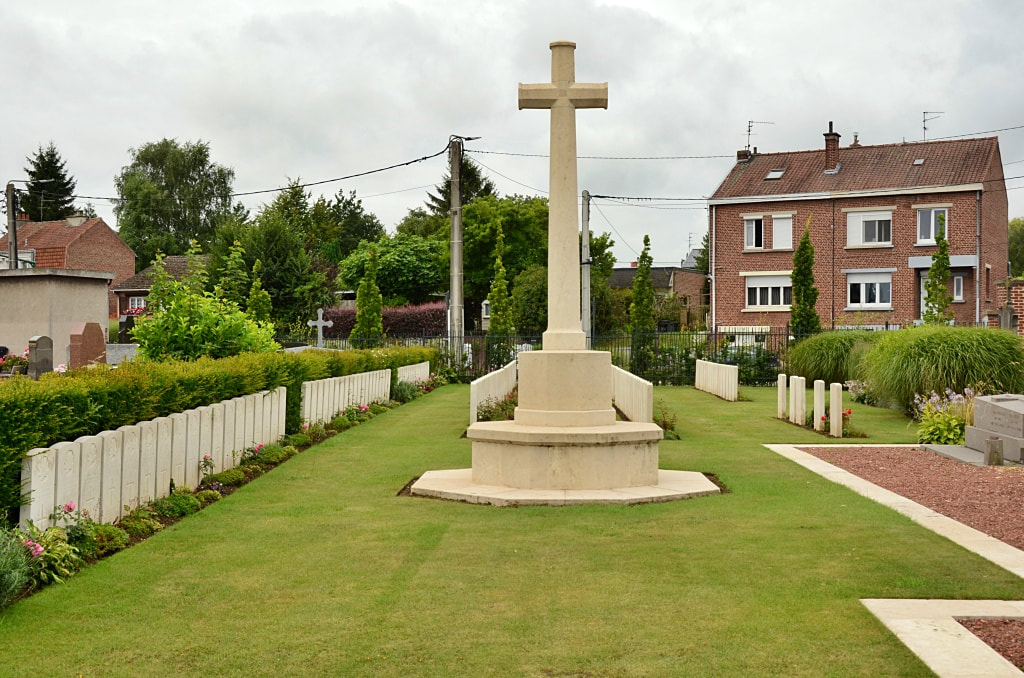 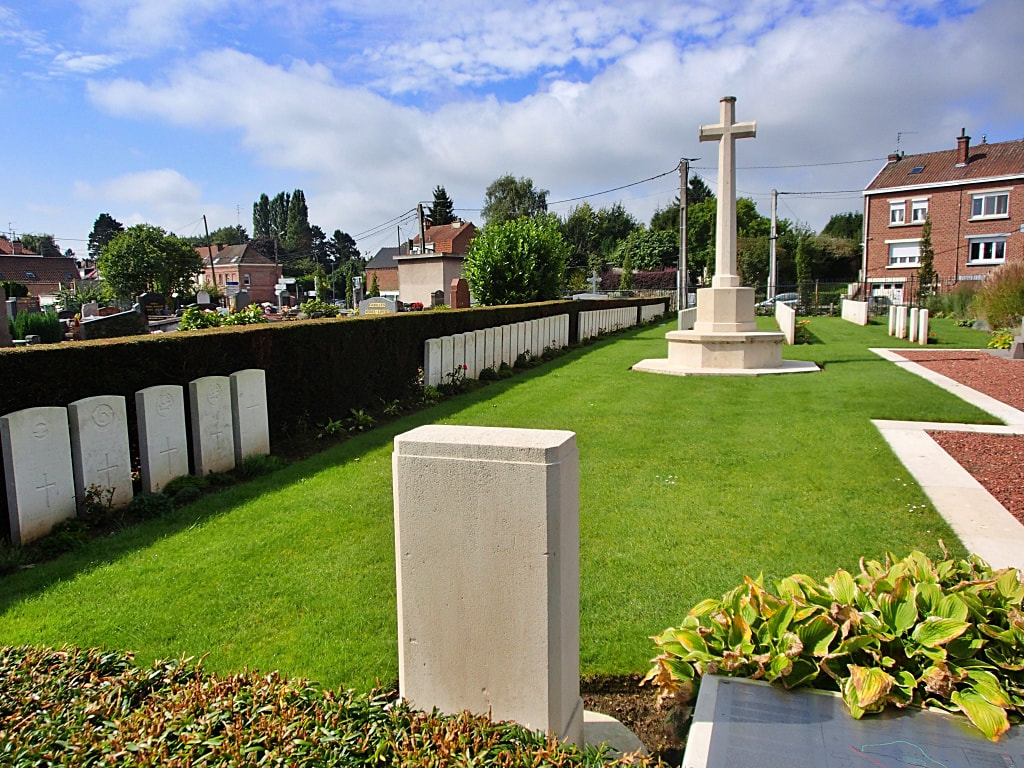 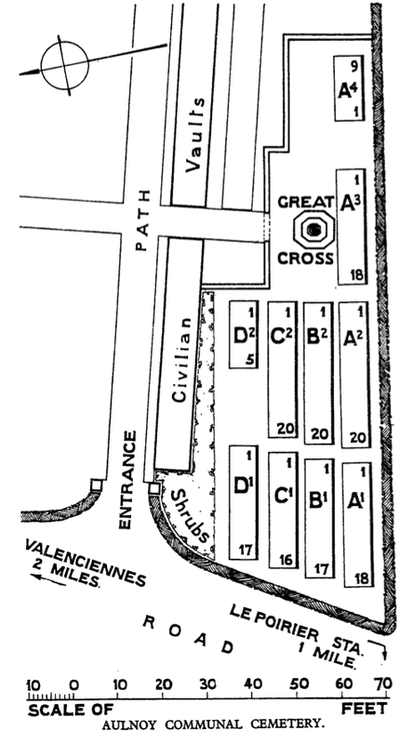 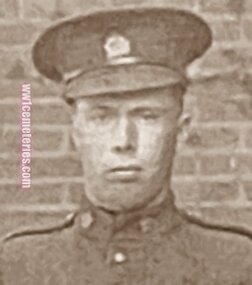 Son of Thomas and Sarah Andrews, of Brampton, Ontario, Canada. 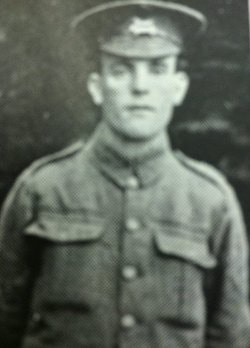 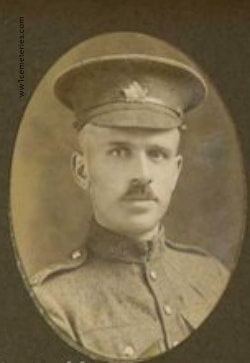 Son of Thomas and Margaret Carling Bissett, of Exeter, Ontario. 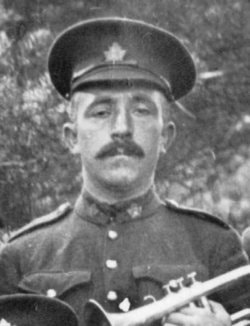 His headstone bears the inscription "In Loving Memory Of My Dear Husband, Wife And Sonnie" 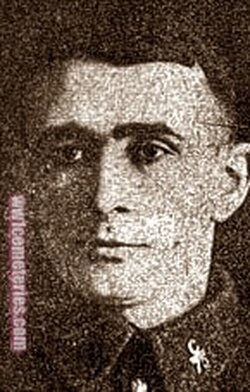 Son of Walter and Monica Ralston, of Lefroy, Ontario. 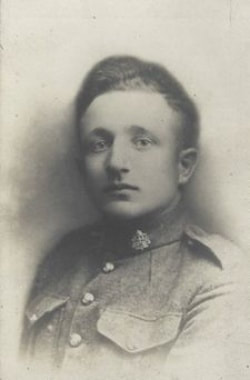