Brighton General Cemetery is located in the centre of the town and the main entrance is in North Road.

There are 131 World War One Burials and 21 from World War Two in this cemetery.

The pictures in this section are of the graves of Victoria Cross winners, these men survived the war and were buried within this cemetery. Thanks to Travis Sellers of Brighton Cemetorians for his assistance and taking the photographs.
All the portraits are used with the permission of the Australian War Memorial.
​ 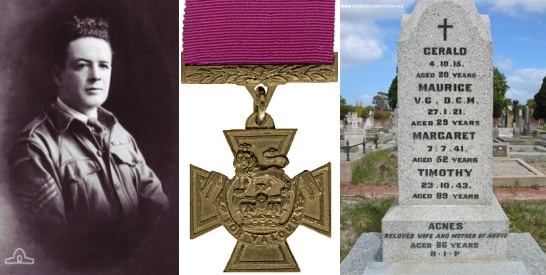 He was awarded the Victoria Cross for his actions on 18 September 1918, at Le Verguier near St. Quentin. His unit was advancing under cover of a creeping barrage but was held up by German machine gun posts. Buckley attacked them with his Lewis gun section and captured 30 German prisoners of war. When the advance was again held up by machine-gun fire, Sergeant Buckley, supported by another platoon, put the enemy guns out of action. Later, he again showed conspicuous initiative in capturing hostile posts and machine-guns. According to the citation, he was "to the fore dealing with enemy machine-guns, rushing enemy posts, and performing great feats of bravery and endurance without faltering or for a moment taking cover".

Buckley was born at Upper Hawthorn, Melbourne, Australia and was educated at the Christian Brothers' School in Abbotsford. He joined the 13th Light Horse Regiment on 18 December 1914 shortly after the outbreak of the First World War at Warrnambool, Victoria. He was sent to Egypt but was subsequently returned to Australia in September 1915 where he deserted on 21 January 1916 from Langwarrin Camp.

On 6 May 1916 he enlisted again, using the name 'Gerald Sexton' - his brother's first name and his mother's maiden name. He was sent to France in early 1917 where he fought on the Western front. Following the award of the
Distinguished Conduct Medal he was promoted to sergeant in August 1918 and involved in the advance on the Hindenburg Line.

The award of the VC was originally gazetted under the name Gerald Sexton, but he had disclosed his real identity by the time that it was given to him by King George V at a ceremony at Buckingham Palace on 29 May 1919. He returned to Australia in September and was discharged in December 1919.

He was severely injured in a riding accident at Boolarra in Gippsland on 15 January 1921, and died on 27 January. Ten Victoria Cross winners were pallbearers at his funeral, and is buried at Brighton Cemetery in Melbourne.

The medalHis Victoria Cross is displayed at the Australian War Memorial (Canberra, Australia).

William Donovan Joynt was an Australian recipient of the Victoria Cross, the highest and most prestigious award for gallantry in the face of the enemy that can be awarded to British and Commonwealth forces.

He was 29 years old, and a Lieutenant in the 8th Bn., (Victoria), Australian Imperial Force during the First World War when the following deed took place for which he was awarded the VC.

On 23 August 1918 at Herleville Wood, near Chuignes, Peronne, France, Lieutenant Joynt took charge when his company commander had been killed. When the leading battalion had been demoralized by heavy casualties, he
rushed forward and reorganized the remnants of the battalion. Having discovered that heavy fire on the flanks was causing delay and casualties, he led a frontal bayonet attack on the wood, thus saving a critical situation. Later, at Plateau Wood, after severe hand-to-hand fighting, he turned a stubborn defence into an abject surrender. He was subsequently badly wounded by a shell.

He later achieved the rank of Lieutenant Colonel.

James Ernest Newland was an Australian recipient of the Victoria Cross, the highest and most prestigious award for gallantry in the face of the enemy that can be awarded to British and Commonwealth forces.

He was 35 years old, and a Captain in the 12th Bn. (S.A., W.A. & Tasmania), Australian Imperial Force during the First World War when the following deed took place for which he was awarded the VC.

On 7/9 April 1917 at Bapaume, France, Captain Newland organized an attack by his company on an important objective and personally led a bombing attack under heavy fire, rallying his men who had suffered heavy casualties. The following night his company, holding the captured position, was heavily counter-attacked, but Captain Newland succeeded in regaining it. Later, on 15 April, north-east of Langnicourt, when one company was overpowered and his own was attacked from the rear, Captain Newland drove off several combined attacks and it was his tenacity and disregard for his own safety that encouraged his men to hold out.

He later achieved the rank of Major.

His Victoria Cross is displayed at the Australian War Memorial (Canberra,
Australia).

Walter Peeler was an Australian recipient of the Victoria Cross, the highest and most prestigious award for gallantry in the face of the enemy that can be awarded to British and Commonwealth forces.

He was 30 years old, and a Lance-Corporal in the 3rd Pioneer Bn., Australian Imperial Force during the First World War when the following deed took place for which he was awarded the VC:

On 20 September 1917, east of Ypres, Belgium, during the first wave of an attack, Lance-Corporal Peeler encountered an enemy party sniping the advancing troops. He immediately rushed their position and accounted for nine of them, clearing the way for the advance. He repeated this action on two subsequent occasions, and each time accounted for a number of the enemy. During the operations he was directed to an enemy machine-gun which was firing on our troops. He located and killed the gunner and then bombed out the remainder from a dug-out where they had taken shelter.Peeler later achieved the rank of Sergeant.

His Victoria Cross is displayed at the Australian War Memorial (Canberra, Australia). 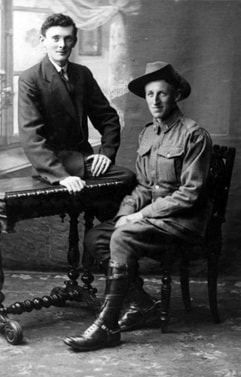 Portrait taken in Wales of Driver Howard J.C. Carr of the 108th Howitzer Battery, AIF, with a friend. Driver Carr was seriously wounded on 23 October 1918 and died at No 11 Australian General Hospital at Caulfield, Victoria, four months after his return to Australia. (Donor Miss M.C. Carr) 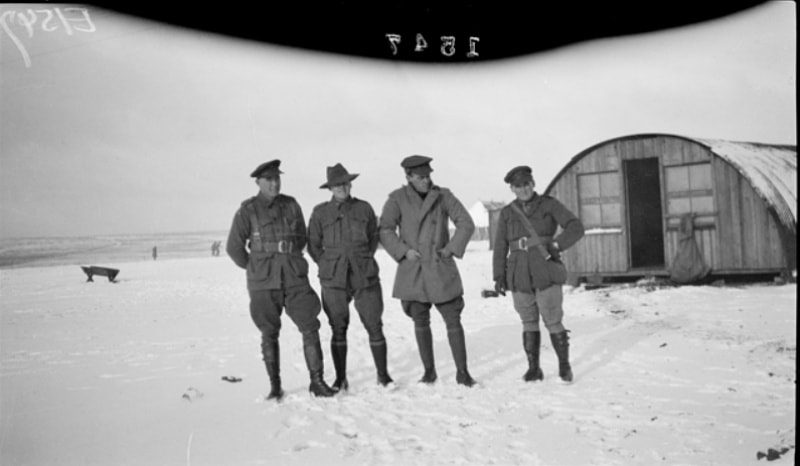 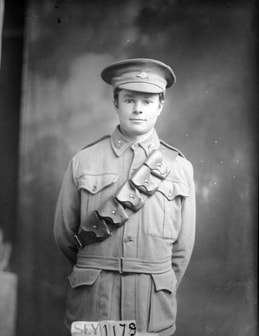 
Studio portrait of 2661 Private (Pte) Leslie James Fritsch, 21st Battalion. A farm labourer from Warrnambool, Victoria prior to enlistment, Pte Fritsch embarked with the 6th Reinforcements from Melbourne on RMS Moldavia on 5 October 1915. Later transferring to the 7th Battalion, he developed diabetes and returned to Australia on 11 April 1916. On 16 July 1916, aged 20, he succumbed to his illness and was buried in the Brighton General Cemetery, Brighton, Victoria. 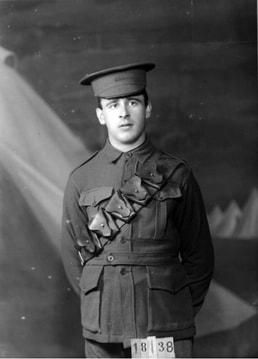 Studio portrait of 19942 Sapper (Spr) Herbert Joseph Gilbert. A public servant from North Malvern, Victoria prior to enlistment, Spr Gilbert had previously been discharged due to flat feet. Following his re-enlistment he attended the AIF Signal School before embarking with the 32nd Reinforcements, 1st Divisional Signals Company from Sydney on HMAT Euripides on 31 October 1917. Following service in France he returned to Australia on 1 April 1919. On 3 August 1919 he passed away at the 11th Australian General Hospital, Caulfield, Victoria. Although the cause of his death is not specified it was accepted as being war related and he was buried in the Brighton General Cemetery, Victoria.

Not listed by CWGC 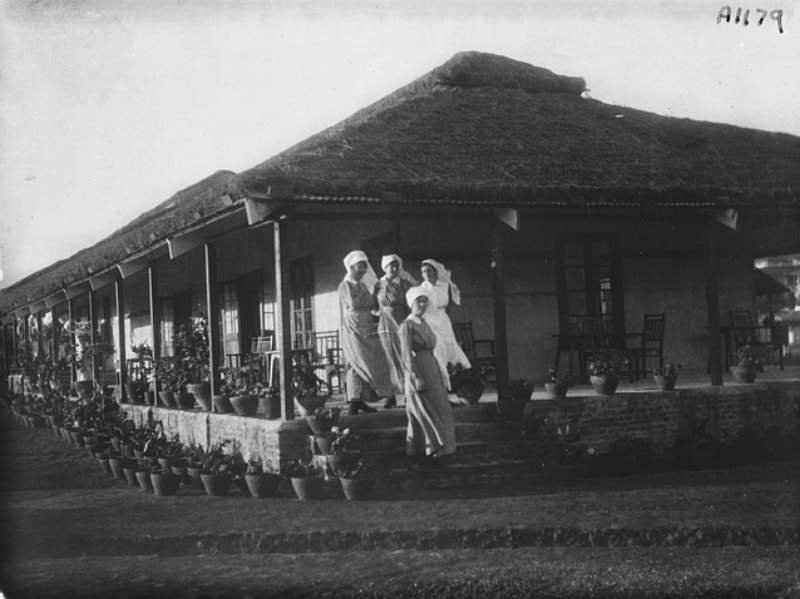 In the front is Staff Nurse Irene McPhail, Australian Army Nursing Service who died of tuberculosis on 4th August 1920 following discharge from the Army, but attributed to war service). 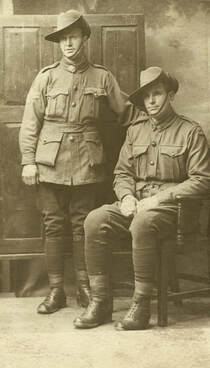 Studio portrait of 14826 Lance Corporal (L Cpl) Charles Metcalfe, No 4 Sea Transport Section, and 1617 Private (Pte) Thomas Metcalfe, 6th Battalion. L Cpl Charles Metcalfe enlisted on the 9 September 1915 in Melbourne and embarked for the United Kingdom on 9 September 1916. He served at the No 2 Australian Auxiliary Hospital, Southall, from April 1917 before returning to Australia on 5 July 1918. L Cpl Metcalfe was promoted to acting Sergeant before re-embarking on 31 August 1918 to serve at the Australian Army Medical Corps training depot in Parkhouse, United Kingdom. Pte Thomas Metcalfe enlisted in Melbourne on 11 December 1914 and fought at Gallipoli in 1915, the battle of Pozières in 1916, and the battle of Menin Road in 1917. Pte Metcalfe returned to Australia on 30 January 1919. He died of illness in the 11th Australian General Hospital on 29 May 1920. 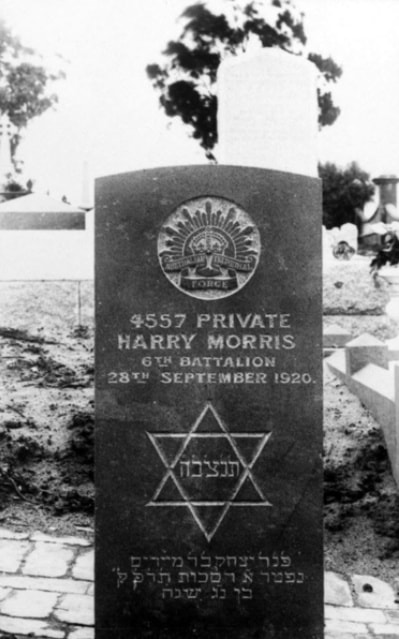 Victoria. c. 1920. Grave of 4557 Private Harry Morris of the 6th Battalion, AIF, who died on 1920-09-28. This photograph was taken to show the type and design of headstone being erected in Australia over the graves of deceased ex AIF soldiers of Jewish Faith. Local bluestone was used in its manufacture. Similar type and design was used by the Imperial War Graves Commission over battlefield graves. (Donor Department of Works and Railways) 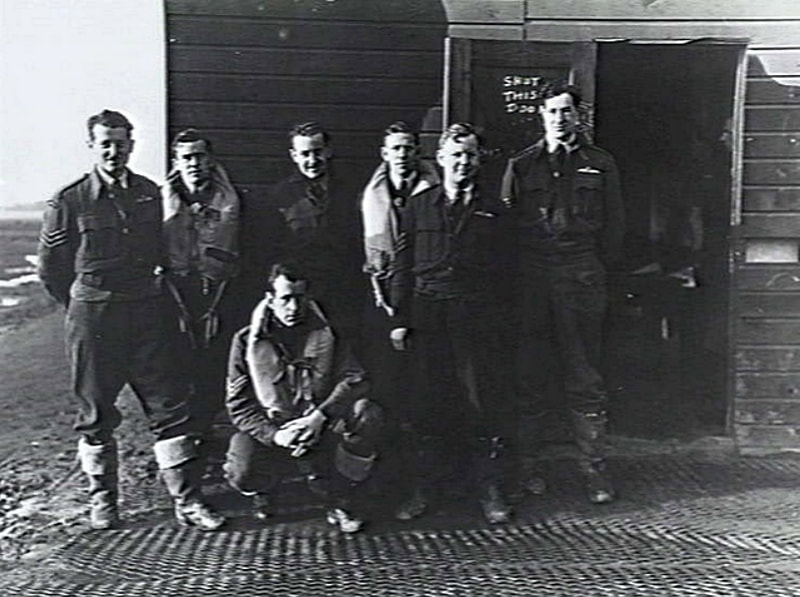 A group of pilots of No. 452 (Spitfire) Squadron based at an RAF Station, outside their operations room. 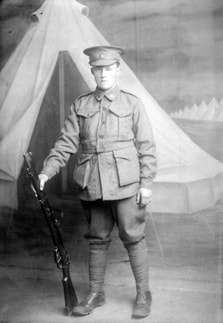 Studio portrait of Private (Pte) Robert William John Rutter. A driver from Armadale, Vic prior to his enlistment on 27 August 1917, Pte Rutter became ill almost immediately and was transferred to Fairfield Infectious Hospital where, on 12 February 1918, aged 18, he died from his illness and was buried in the Brighton General Cemetery, Vic. 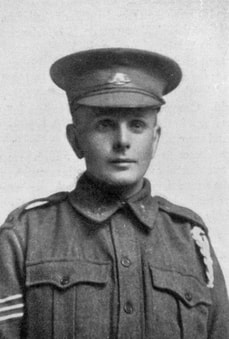 Studio portrait of Sergeant (Sgt) William Charles Woodward Spencer, Headquarters, Record Office, of Carlton, Victoria. A school teacher, he became ill soon after enlisting and was admitted to the 5th Australian General Hospital, Melbourne, Victoria in the where he died on 10 November 1916, aged 28. Sgt Spencer is buried in the Brighton General Cemetery.

Not listed by CWGC 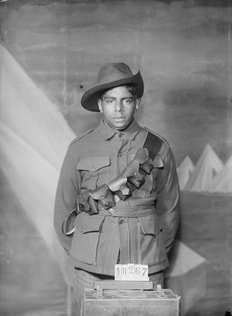 Studio portrait of 7564 Private (Pte) Gilbert Theodore Haxle Stephen. A labourer from Hamilton, Victoria prior to enlistment, Pte Stephen embarked with the 25th Reinforcements, 5th Battalion from Melbourne on HMAT Themistocles on 4 August 1917. Following his arrival in England was continually in trouble and was court martialed and imprisoned. Later suffering from pneumonia and bronchitis his sentence was remitted and he returned to Australia on 6 May 1919. Subsequently admitted to No. 11 Australian General Hospital where he succumbed to his illnesses on 14 September 1919 and was buried in the Brighton General Cemetery, Victoria. 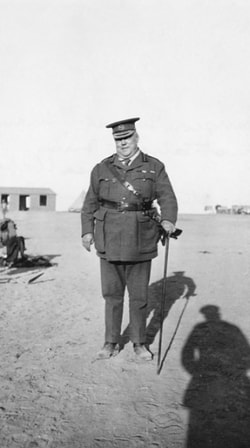 NB.This casualty has recently been accepted for commemoration by the Commission.