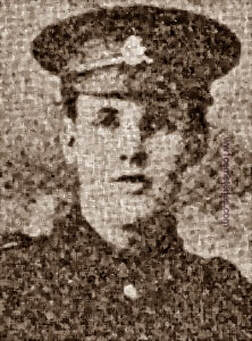 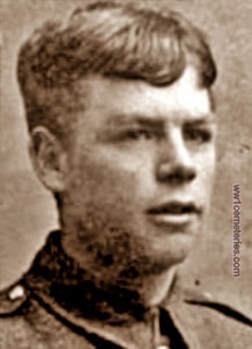 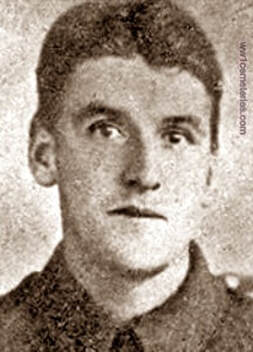 His headstone bears the inscription; "God Be With You Till We Meet Again." 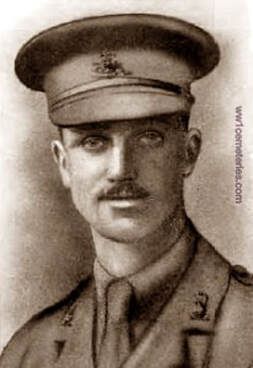 Son of William and Katharine Elderkin, of 13, Millicent Rd., West Bridgford, Nottingham (late of Keyston, Huntingdonshire). Also served in Egypt, Gallipoli and on the Somme.

His headstone bears the inscription; "One Of The Best." 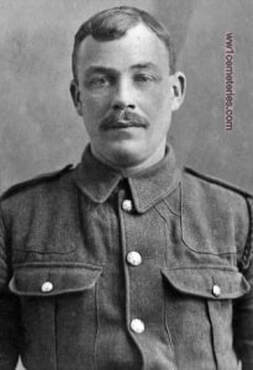 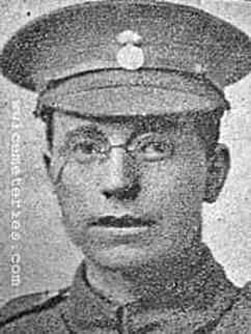 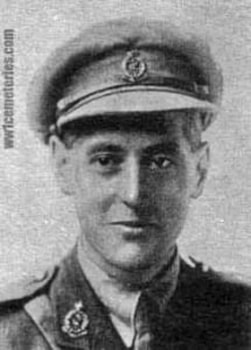 Born at Woodstock N. B., December 27th, 1888. Appointed Royal Army Medical Corps May 20th 1915. Served in France with the 56th Field Ambulance. Killed by a shell while endeavouring to find a suitable place for an advanced dressing station. 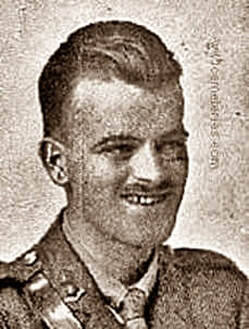 Son of Ralph Atchison Gladstone, of Newport Mon. and of Mrs. Gladstone of Crosshills, nr. Keighley, Yorks. Husband of Ruby Mabel Symonds (formerly Gladstone), of 14, Broseley Avenue, Didsbury, Manchester.
​
Ralph Gladstone was killed by a shell on the morning of November 2, 1917, while working alone on trench improvements in Eagle Trench. His body was discovered later that day lying near the 'A' Track and Eagle Trench, northeast of Langemark. 2nd Lt. Gladstone was given a funeral by his unit on the afternoon of November 4, 1917. He had been wounded during the First Battle of Ypres, at a location very close to his Bard Cottage grave. 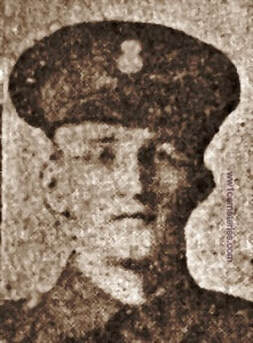 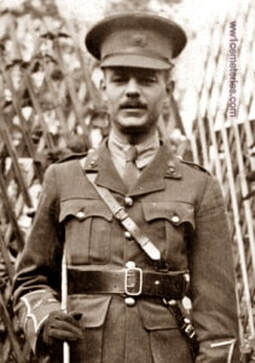 Son of the late William and Jane Grist, of Torquay, Devon; husband of Mary Ellen Grist, of "Oaklands," Haddenham, Bucks. 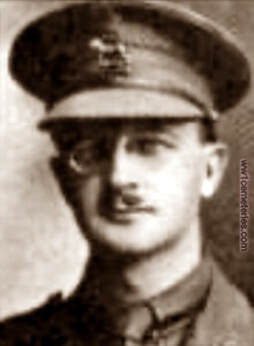 His headstone bears the inscription; "I Thought Of The Cross That They Gave Him For The Valour He Showed." 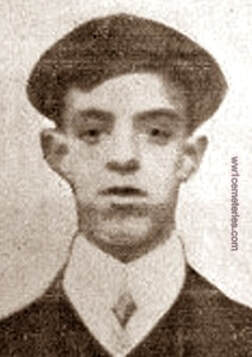 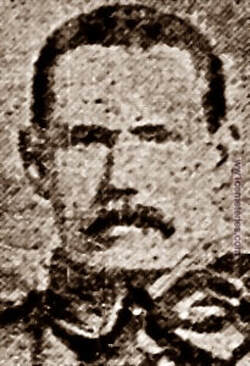 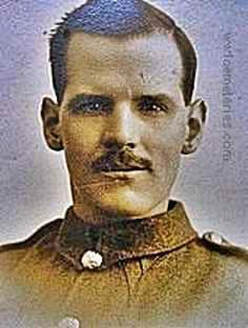 ​His headstone bears the inscription; "Until The Day Dawns."

"The death in action has been reported of Cpl Herbert Hawkins, R.G.A., son of Mr and Mrs W Hawkins, Waleswood and husband of A L Hawkins, Tavistock Road, Sharrow, Sheffield, which occurred on 8th October.  Cpl Hawkins who was 29 years of age, was, prior to enlistment, a popular member of the Sheffield Police Force.  He has seen considerable active service, having been in France and Flanders for fifteen months without leave.

He was having tea in the dug-out when a German shell dropped on it, killing him and three of his comrades.  The sad news was sent by Captain Neale, who writes in eulogistic terms of his character and  high value as a soldier.  Cpl Hawkins was a fine specimen of manhood, and his integrity and sterling honesty of purpose was beyond doubt.  He was married some four years ago to Miss Wray of Sheffield, who, together with a child of 2 and half years, is left to mourn his loss.

An elder brother of Cpl Hawkins fought with distinction in the South African War, whilst ten cousins have taken part in present conflict.  To his wife, child, and parents we offer our deepest sympathy." 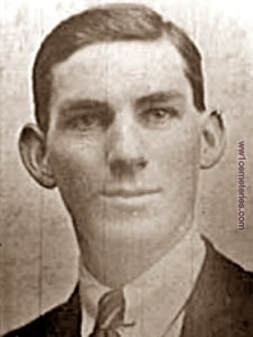 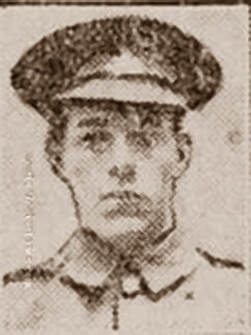 Son of James A. and Mary Ann Hillier, of 3, Torlais St., Newbridge, Monmouthshire.

His headstone bears the inscription; "​Mother I Am Happy Though 'Twas Hard To Part Still My Spirit Lingers Near Thy Aching Heart." 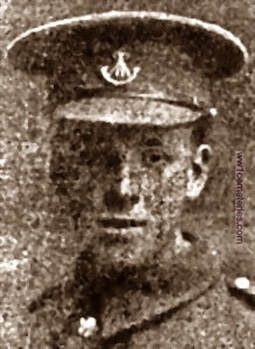 His headstone bears the inscription; "​In Full Assurance Of Eternal Life Through Jesus Christ Our Saviour."