Beaulencourt is a village on the RN17 south of Bapaume, a town 20 Kms south-south-west of Arras. On arrival at Beaulencourt from Bapaume, the Cemetery is indicated on the right, and then turn immediately right again. The Cemetery is 1 Km from this junction at the roadside on the right. This small road crosses the A1 autoroute.

The cemetery was made originally by the 3rd, 4th, 43rd and 58th Casualty Clearing Stations, which were posted in Beaulencourt at different periods after the middle of September, 1918; and the burials from these hospitals are in Plot I, Rows A to D. It was greatly enlarged after the Armistice by the concentration of graves from the neighbouring battlefields and from certain other cemeteries, including:-

There are now over 700, 1914-18 war casualties commemorated in this site. Of these, over 300 are unidentified and special memorials are erected to 21 soldiers from the United Kingdom known or believed to be buried among them.

The cemetery covers an area of 2,917 square metres and is enclosed on three sides by a rubble wall. 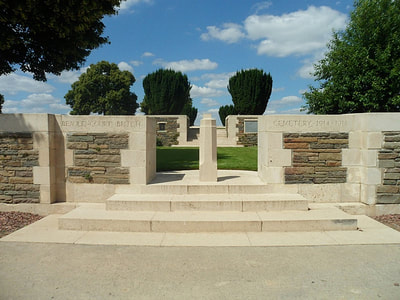 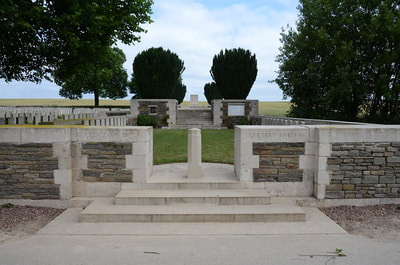 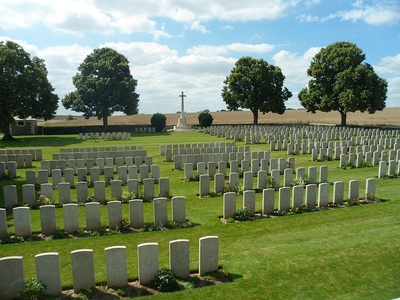 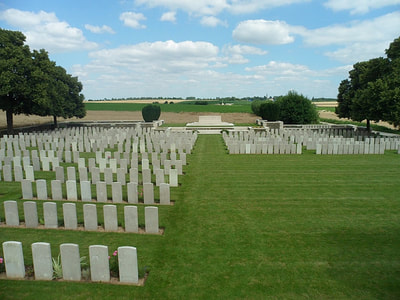 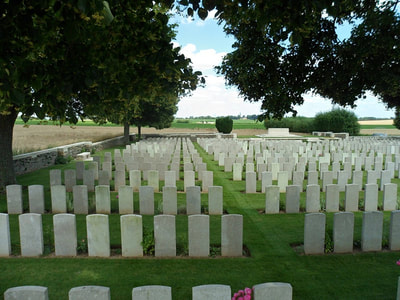 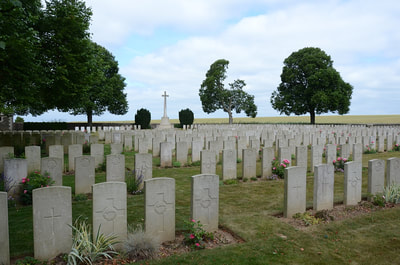 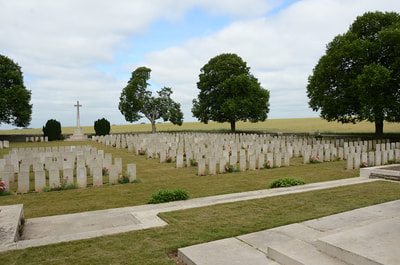 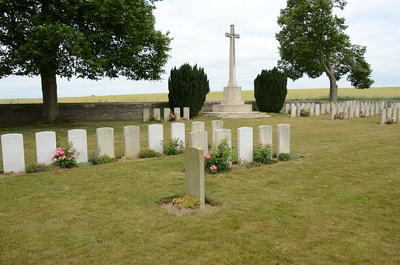 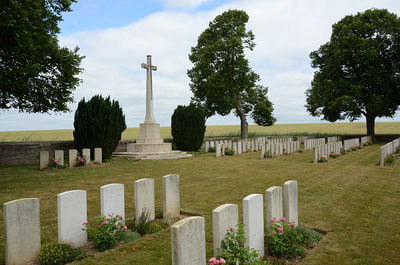 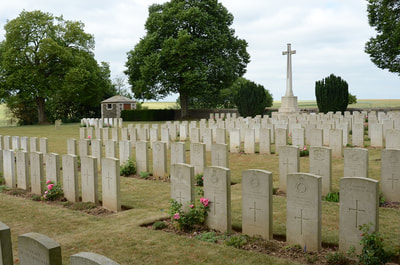 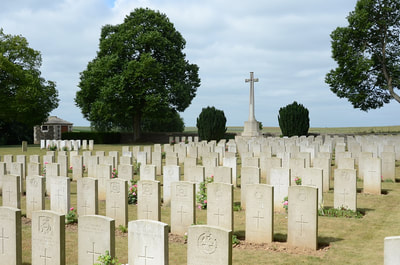 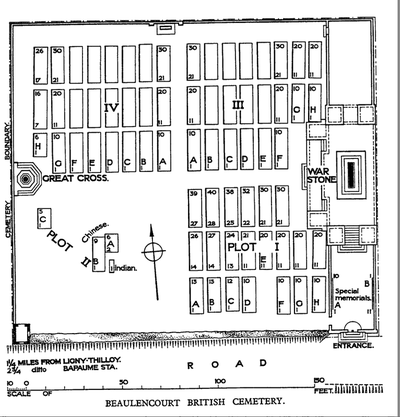 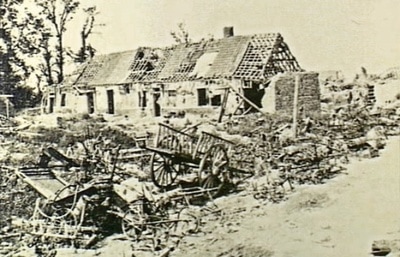 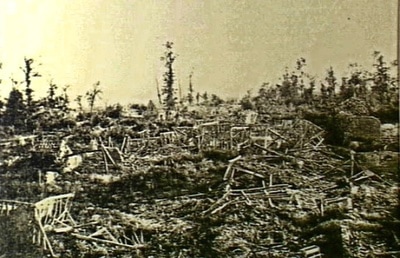 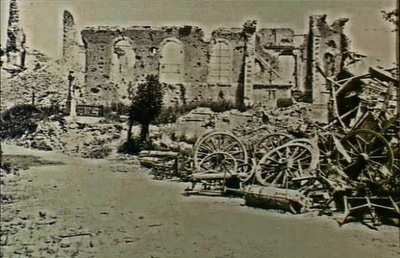 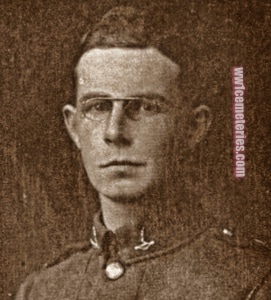 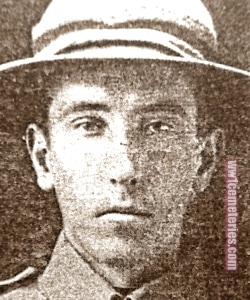 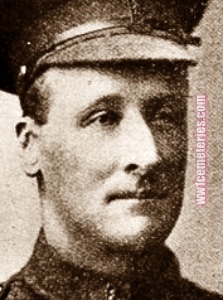 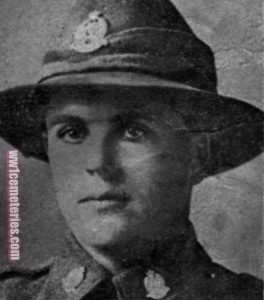 Only son of John and Emily Ching, of Spring Grove, Nelson, New Zealand. 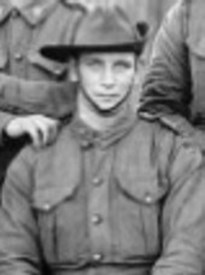 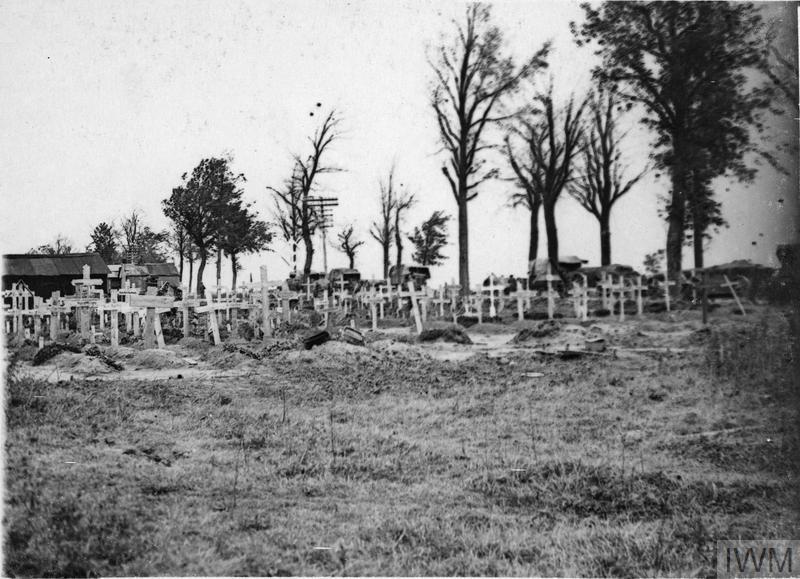 A German cemetery at Beaulencourt, 14 September 1918. Some of those now buried at Beaulencourt British Cemetery would have been originally buried here. © IWM (Q 78750)