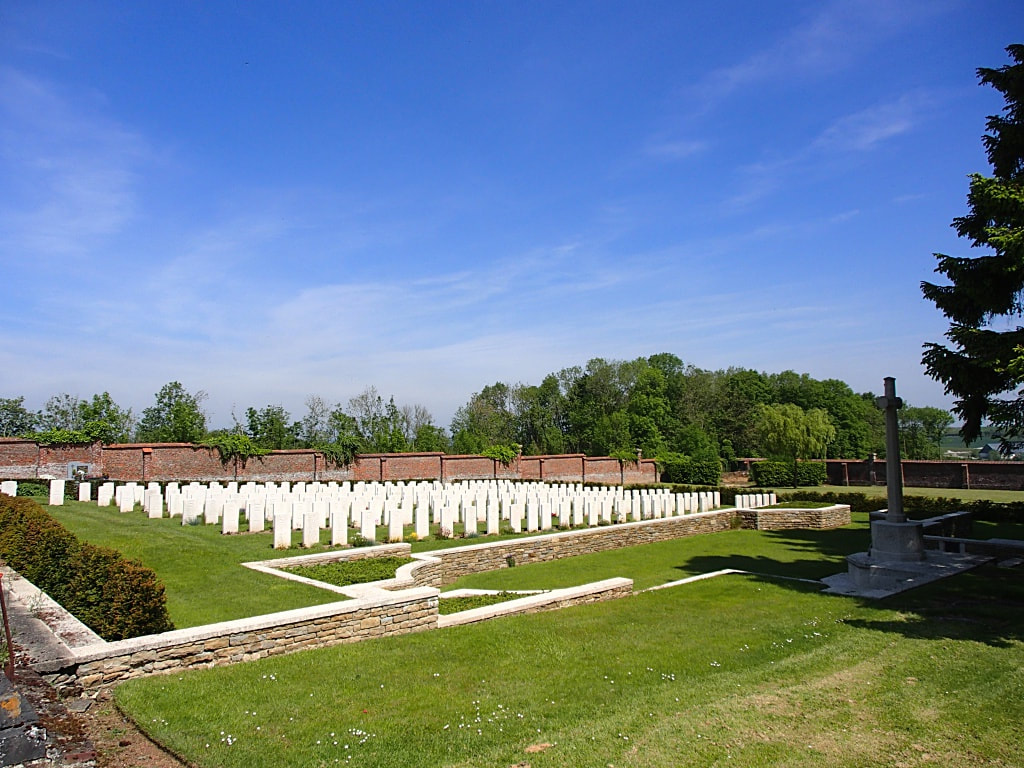 Beauval is a village on the main road (N25) between Amiens and Doullens, about 24 kilometres north of Amiens and 6 kilometres south of Doullens.

Beauval Communal Cemetery is on the northern side of the village at the end of a by-road leading off the main road - Rue de l'Eglise.

The 4th Casualty Clearing Station was at Beauval from June 1915 to October 1916 and the 47th from October to December 1916. The great majority of the burials were carried out from these hospitals, but a few were made as late as March 1918. After the Armistice, graves from Lucheux Military Cemetery were moved to Rows A and G of this cemetery.

LUCHEUX MILITARY CEMETERY was made by French troops and used at intervals from 1916 to 1918 by British units. It stood at the South end of the village of Lucheux, in wooded country North-East of Doullens. It contained the graves of 48 French soldiers, twelve British and one New Zealand, and two men of the Chinese Labour Corps.

The Commonwealth plot was designed by G H Goldsmith 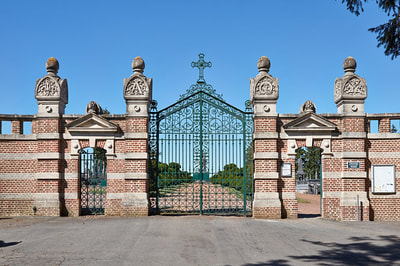 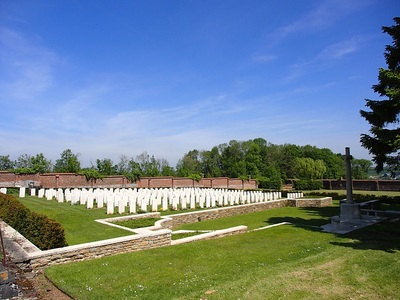 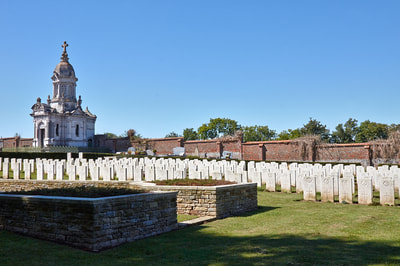 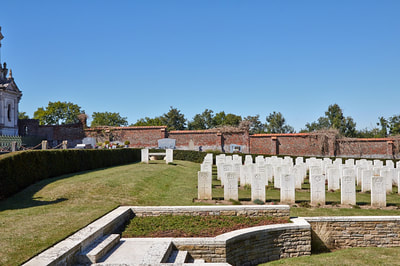 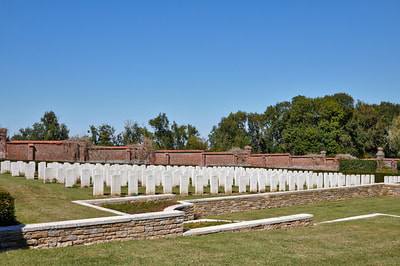 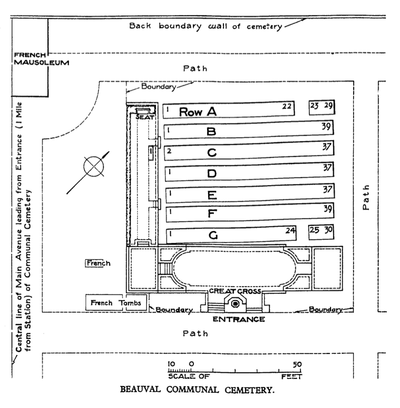 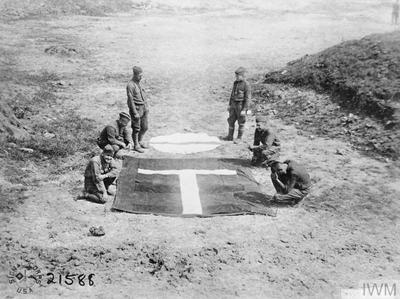 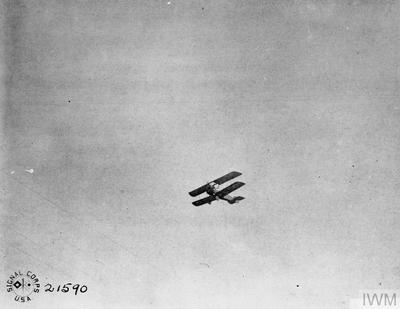 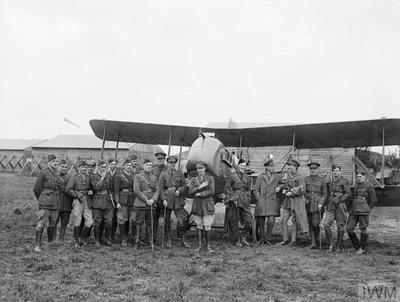 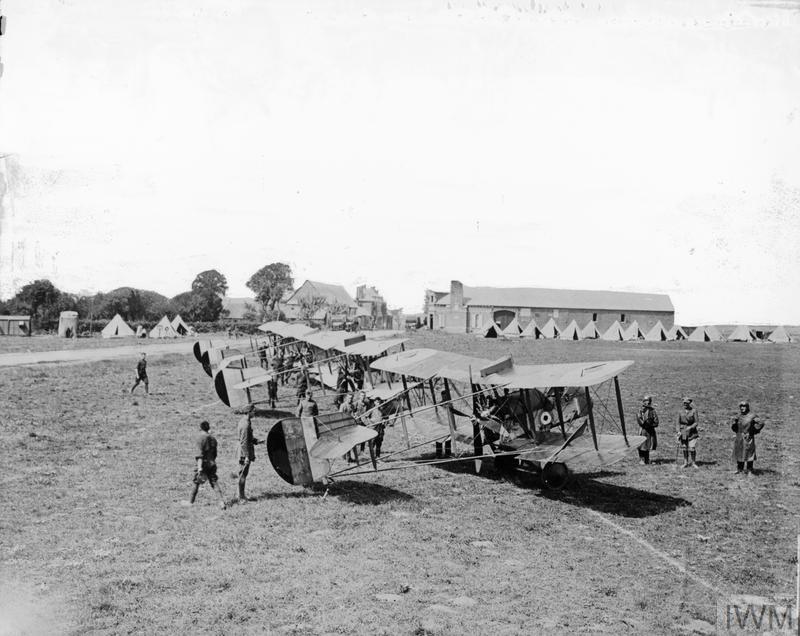 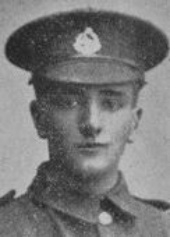 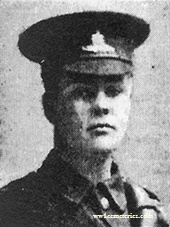 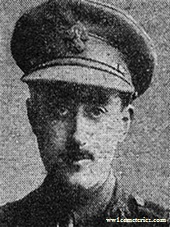 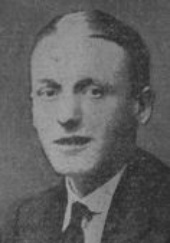 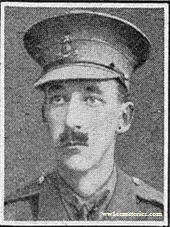 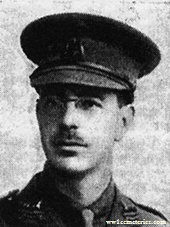 5715 Private Charles Depper, 1st/4th Bn. Royal Berkshire Regiment, executed for desertion 13th September 1916, aged 30. Row G. 1. Son of Charles Depper, of Rock Hill, Bromsgrove, Worcestershire. In August 1916, when tired of serving in the trenches, he deserted prior to an attack on the Somme.  Leaving his rifle & equipment in the reserve trenches at Ovillers, Depper went to Amiens where he was promptly arrested, foolishly telling the Military Police that he was on his way to Rouen to catch the boat for England. (Putkowski, p. 112)​ 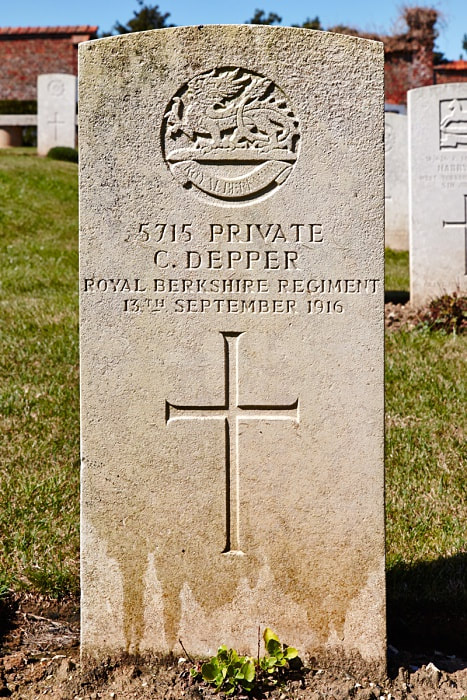 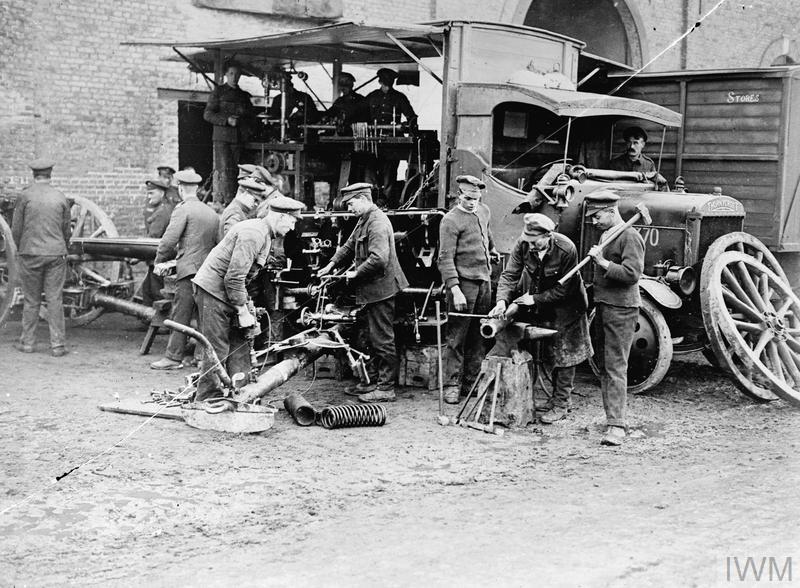 Image in this gallery © Johan Pauwels 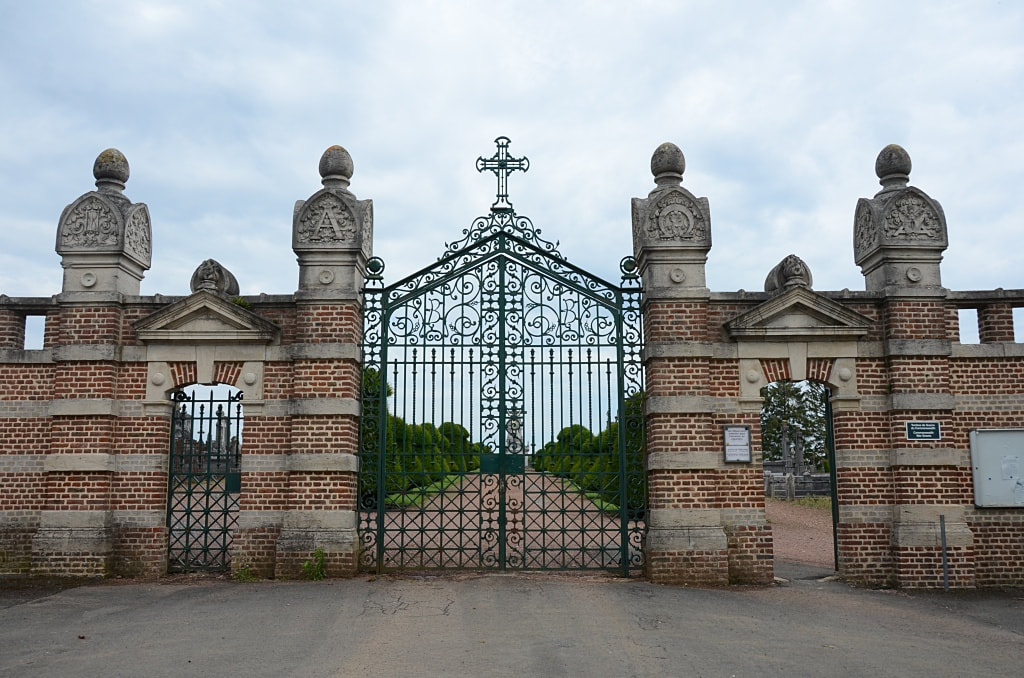 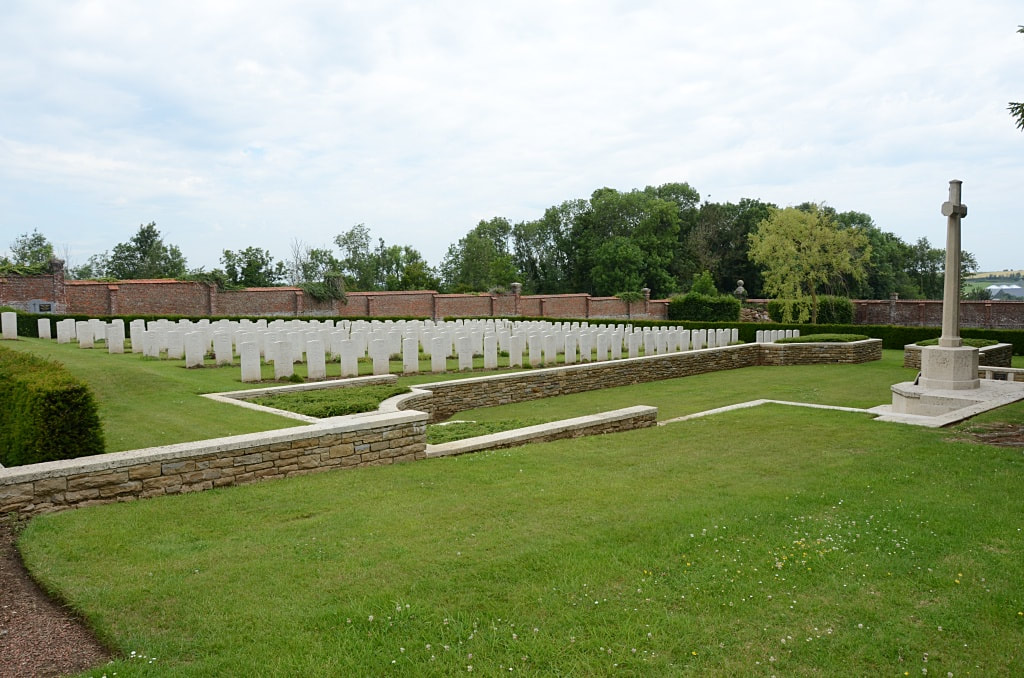 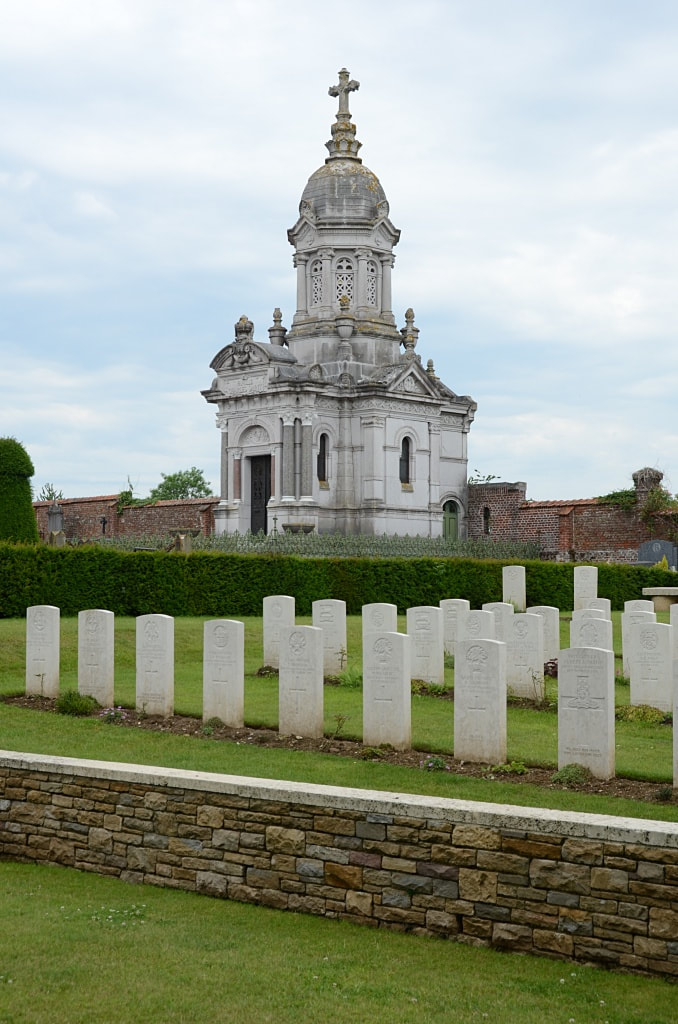 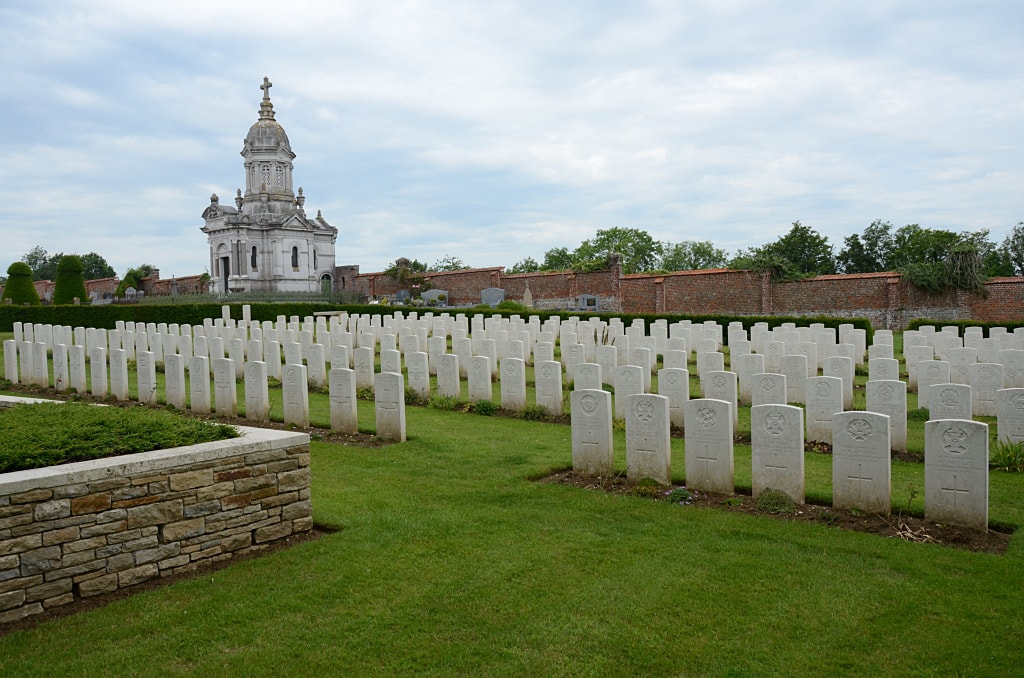 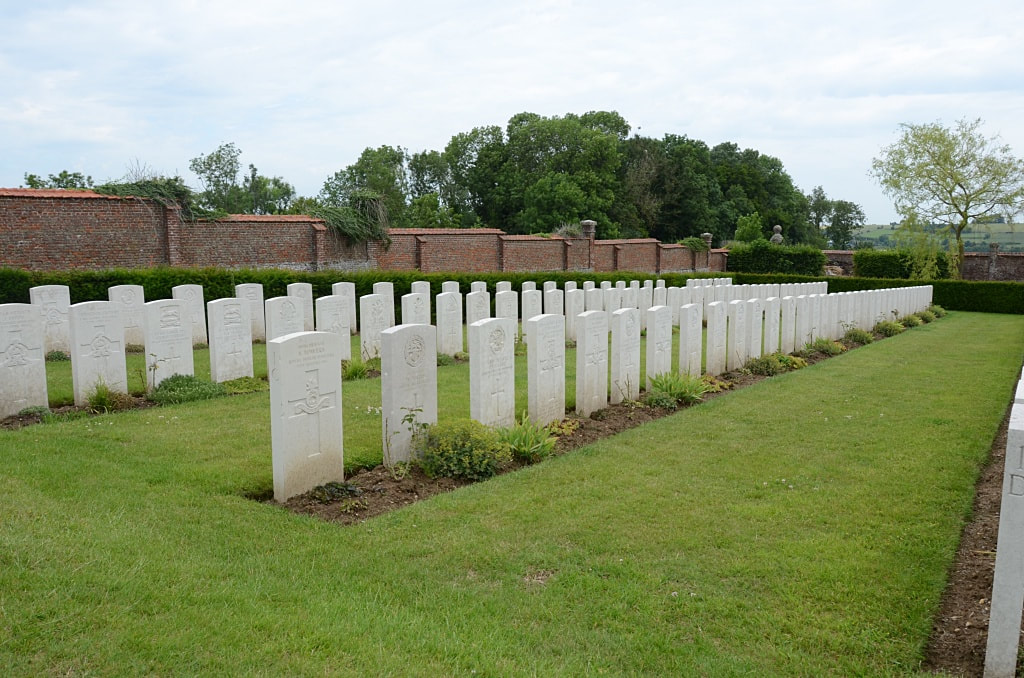 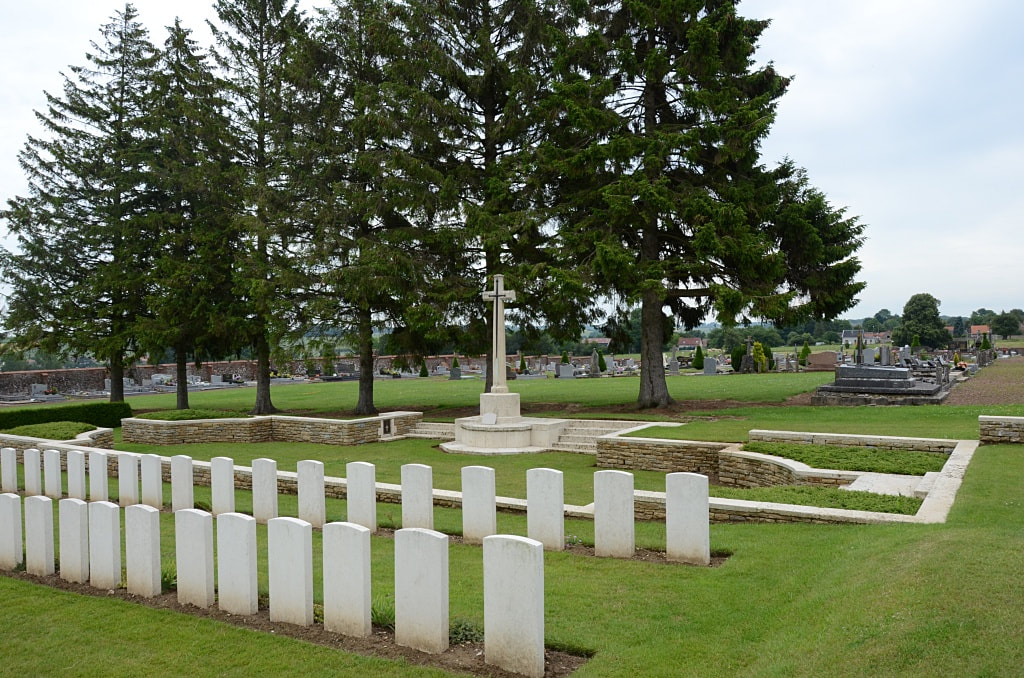 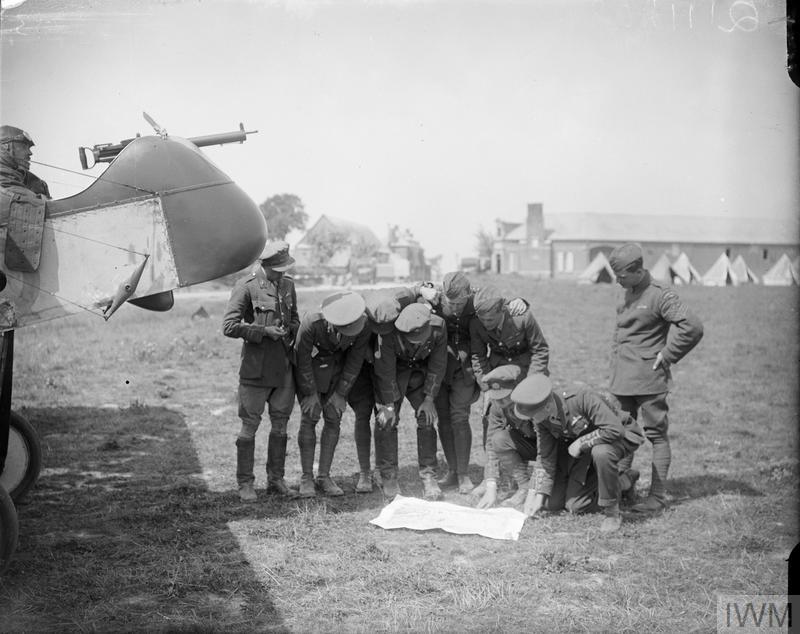 Pilots of No. 32 Squadron examining a map before starting on a raid from their aerodrome at Beauval, 1916 (Fourth Amy aircraft park). On the left, an Observer in the nacelle of a Royal Aircraft Factory F.E.2D biplane. © IWM Q 11862 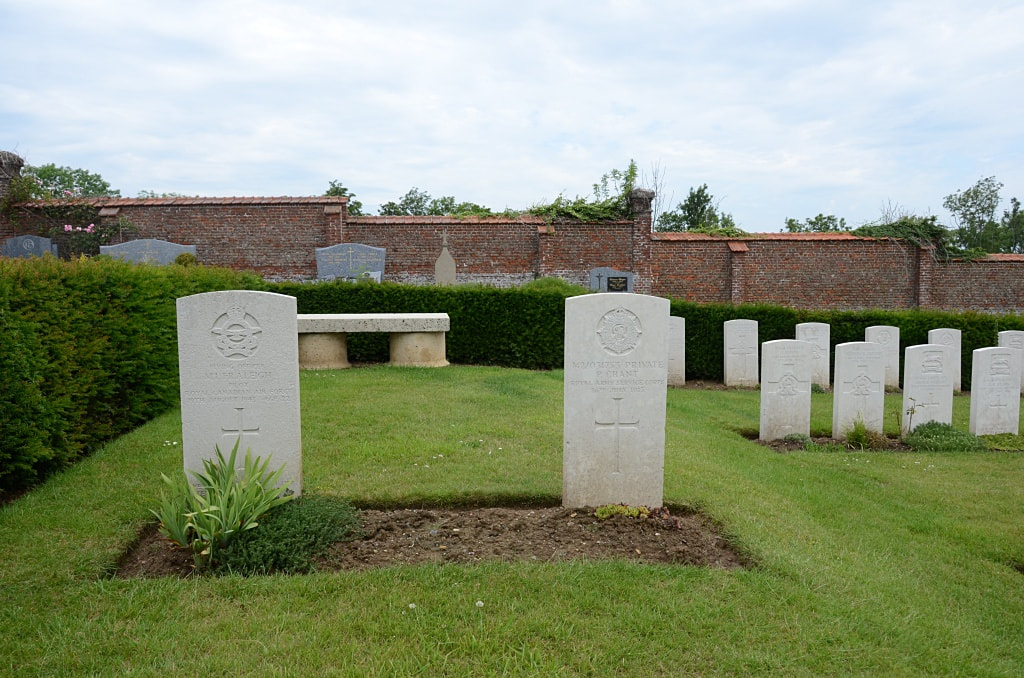 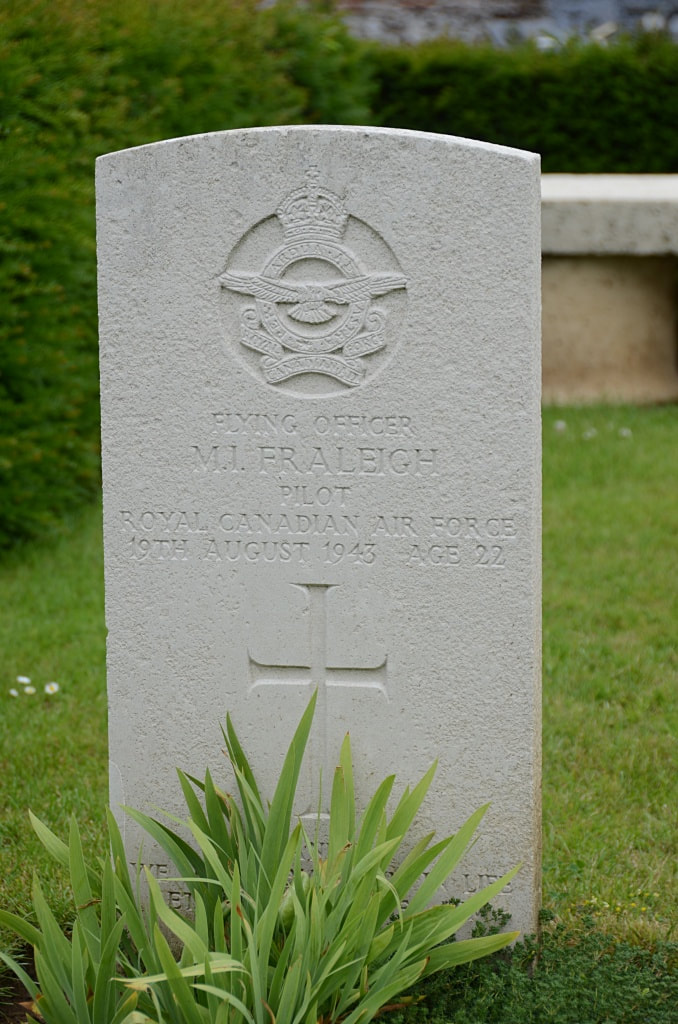