The Tank Memorial is located in the village of Poelkapelle in Belgium. The Memorial is just off the main roundabout, in the church car park.

The Tank Memorial Ypres Salient was unveiled on 10 October 2009 in memory of the first tank victims of the First World War and stands on the Guynemerplein (Guynemer Square) in Poelcapelle. Poelcapelle was actually the place where a great tank war took place in 1917. Many British tanks got stuck in the mud or were shot to bits. After the war, a trail of tank wrecks remained between St. Julien and Poelcapelle. The Damon II was one such tank that was bogged down and still remained in a sunken state in front of De Zwaan pub after the war. In 1923 the tank was moved to the market square, where it continued many (particularly British) tourists. The Germans dismantled the tank in 1941.

At the initiative of a British ex-tankie who now lives in Ypres, an official Tank Memorial Ypres Salient was unveiled on the Poelcapelle market square right next to the place where the tank had once stood to commemorate the heroic efforts of the tank crew, of whom approximately 200 lost their lives at the Ypres Salient. An authentic steel fragment of a tank plate was also affixed to the monument during the inauguration ceremony. The commemoration book contains a list of 244 tank soldiers who were buried or commemorated in Belgium

A commemoration ceremony is held at the monument every year. 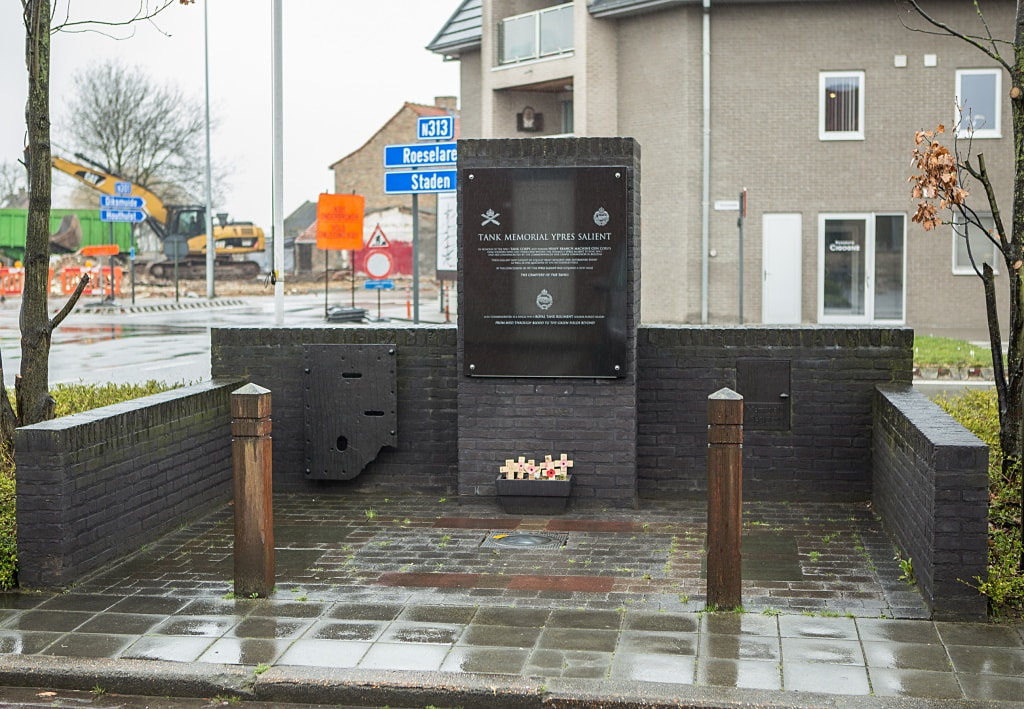 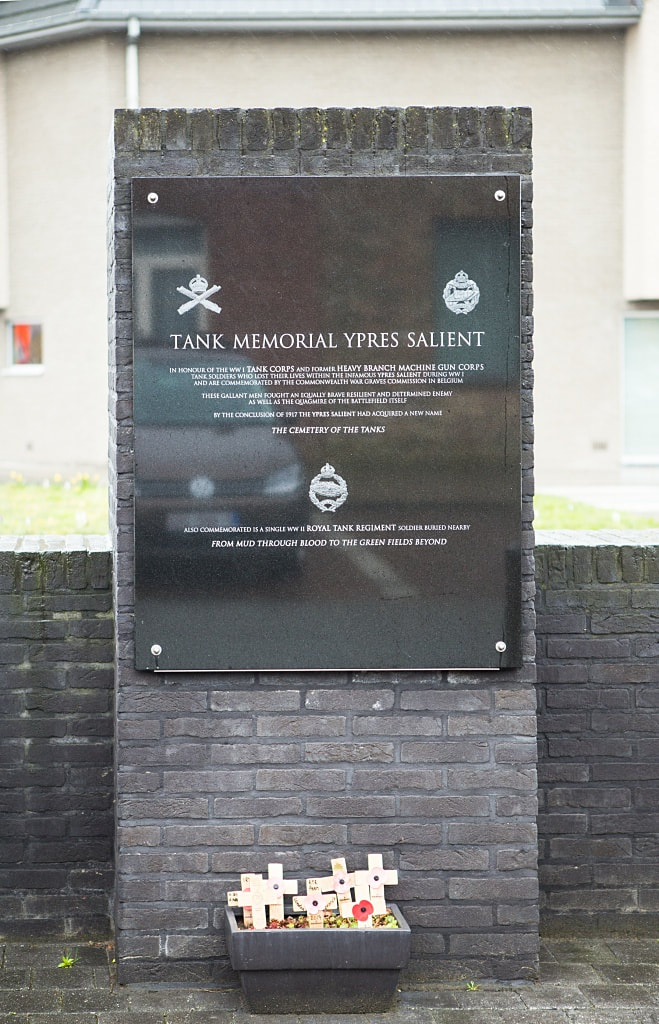 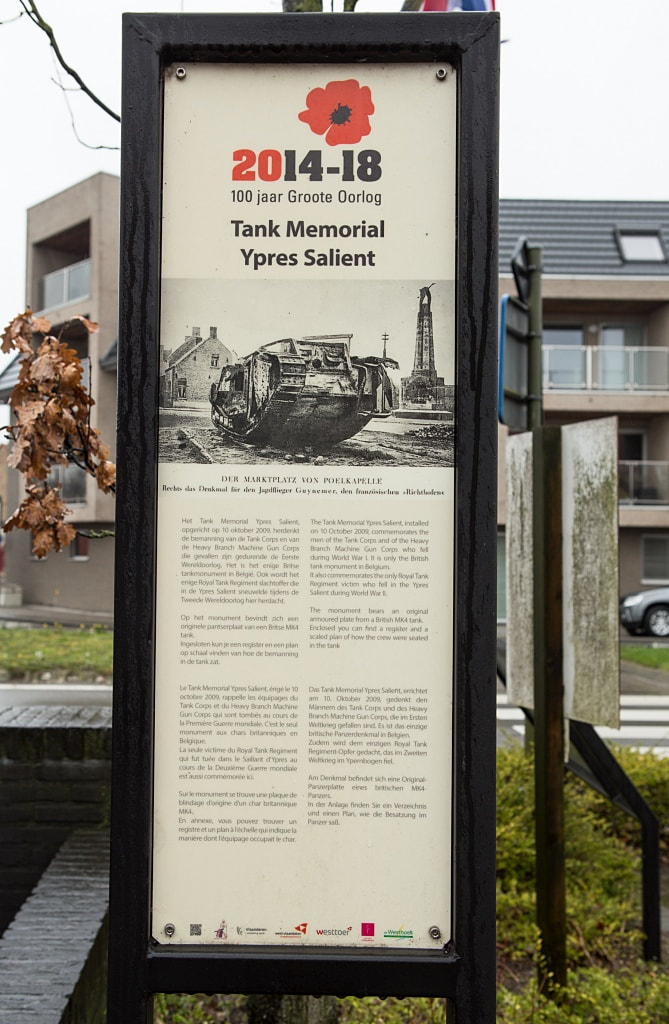