Bellignies is a village in the Department of the Nord, 4.6 kilometres north-north-west of Bavay on the D24. Near the south-east corner of the churchyard are the graves of four soldiers of the First World War who died on the 7th November 1918. 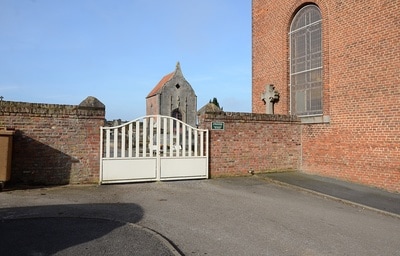 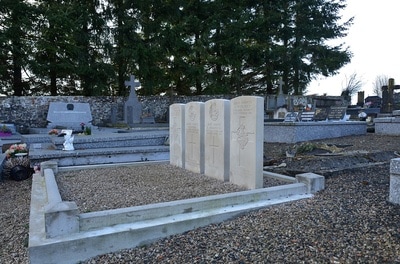 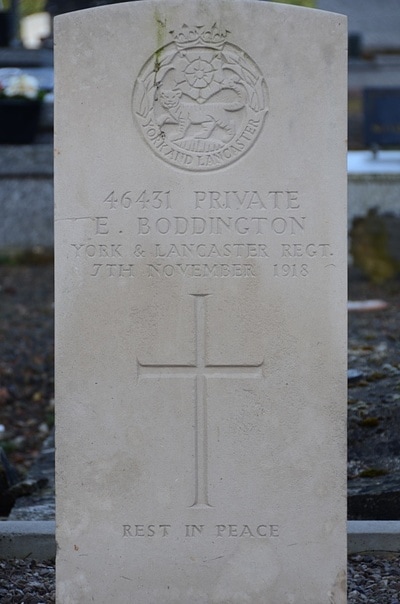 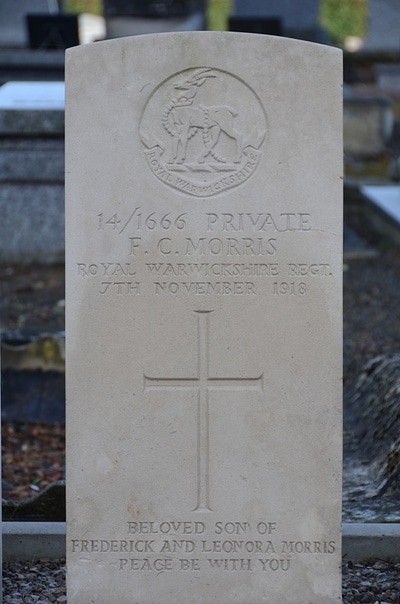 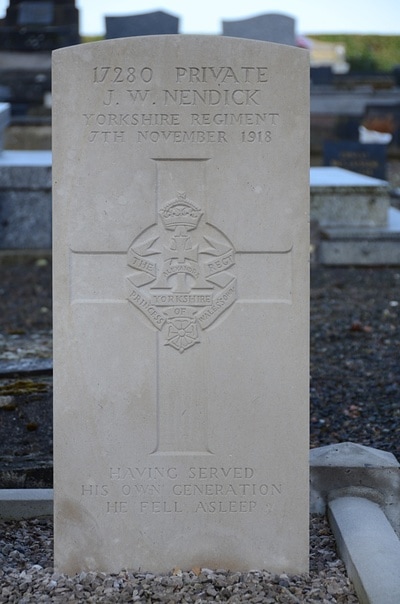 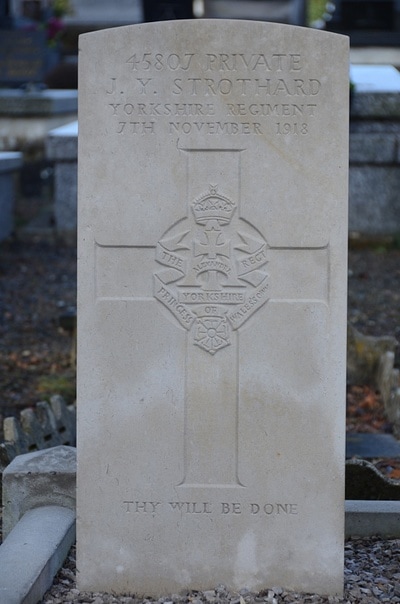