Berchem (Antwepen) Communal Cemetery is located south of the town of Antwerpen on the N173. Coming from Gent on the E17 go through the Kennedy Tunnel and turn off at junction 5 Antwerpen J van Rijswijk. Turn left at the T junction towards Antwerpen,at the next large junction (roundabout?) turn right. Follow this road to the next junction and turn right again onto the N1 Grotesteenweg.Go over the bridge and turn right again on the N173 Elizabethlaan,the cemetery is on the right. Drive along the side of the cemetery then turn right into Floralienlaan where parking can be found. Enter the cemetery by the main entrance which is at the junction of Floralienlaan and Elisabethlaan. On entering the cemetery follow the right hand of the three paths. After the 5th intersection of paths the plot (31) containing the war graves will be found on the left. The war graves are in the middle of the plot.

Antwerp was the seat of the Belgian Government from 17 August to 7 October 1914. Towards the end of August, the city was one of the strong positions on the Allied left flank, and by the middle of September, a position of critical importance. It was defended by fortress troops and the greater part of the Belgian Field Army and the Royal Naval Air Service used its aerodrome. On 27 September the Germans laid siege to Antwerp and during the first week of October the Royal Naval Division entered the city, playing a crucial part in its defence. On 9 October, before other British and French reinforcements could arrive, the last forts became untenable and the last defenders retired. From 10 October 1914 to the Armistice, the city was in German hands.

Berchem (Antwerpen) Communal Cemetery contains three Commonwealth burials of the First World War, those of three marines who died in the defence of Antwerp. 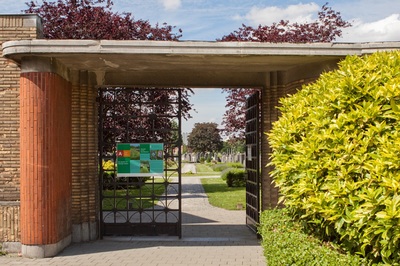 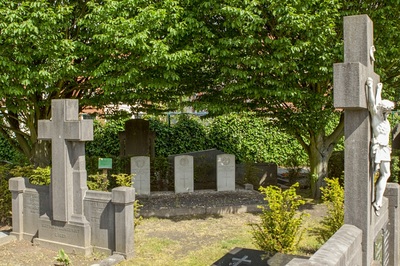 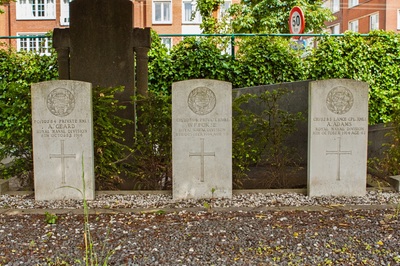 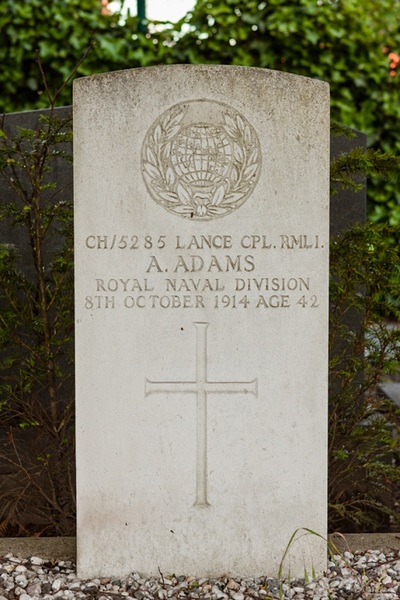 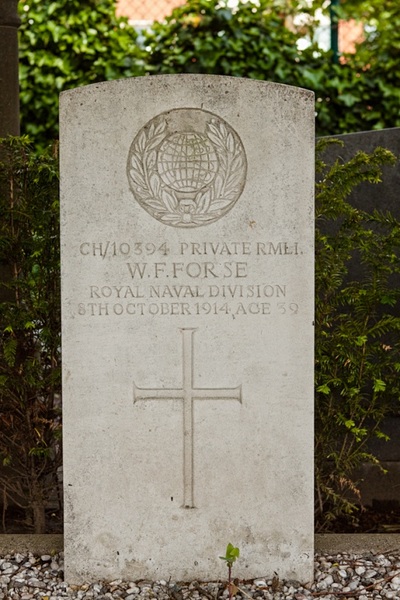 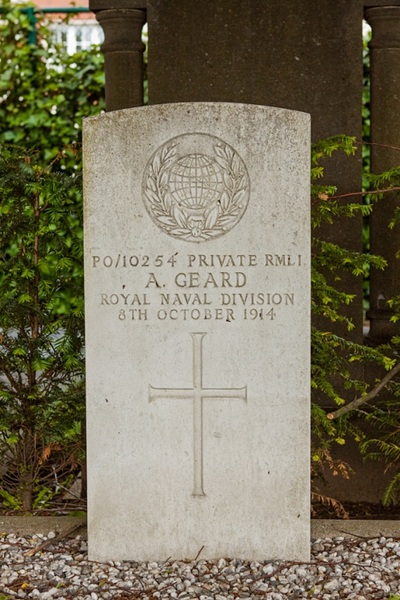 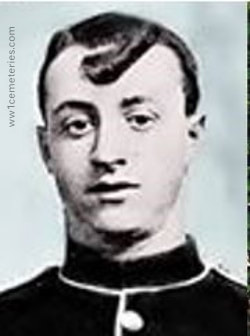