The cemetery is on the left hand side of the D154, in the direction La Flamengrie, on the outskirts of the village.

The Commonwealth war graves are on the right hand side of the central path. The private memorial to Second Lieutenants Thomas and Aitken, RAF, is in Pierre de Soignies, 5 metres past the grave of Private Rawley on the opposite side of the path.

Bermeries Communal Cemetery was within the area traversed by the British Expeditionary Force in August 1914, but was then occupied by the Germans until almost the end of the war.

The cemetery contains 19 Commonwealth burials of the First World War. 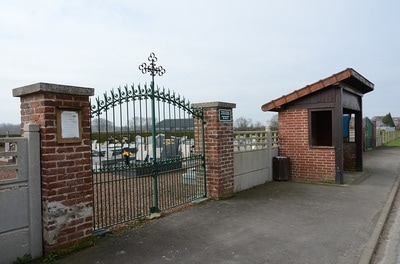 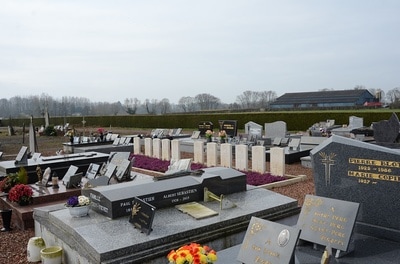 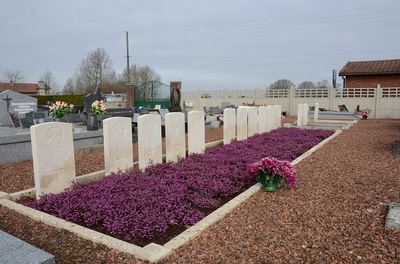 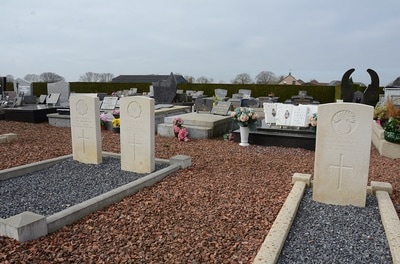 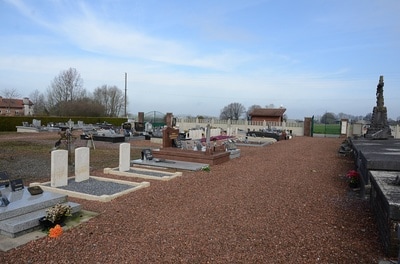 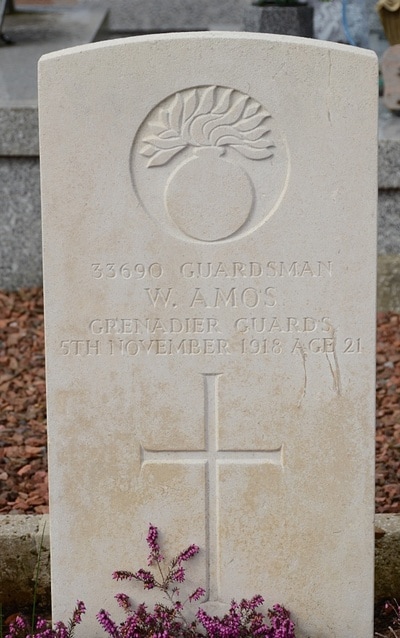 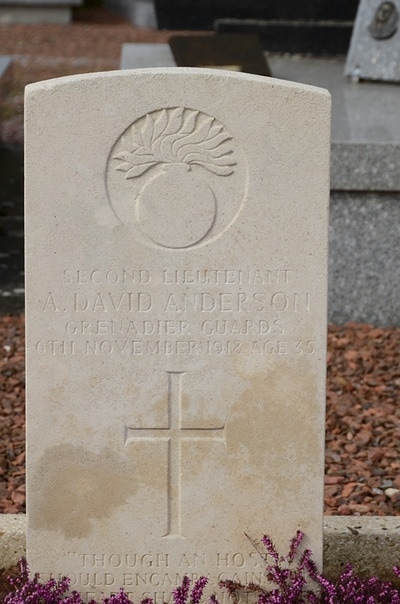 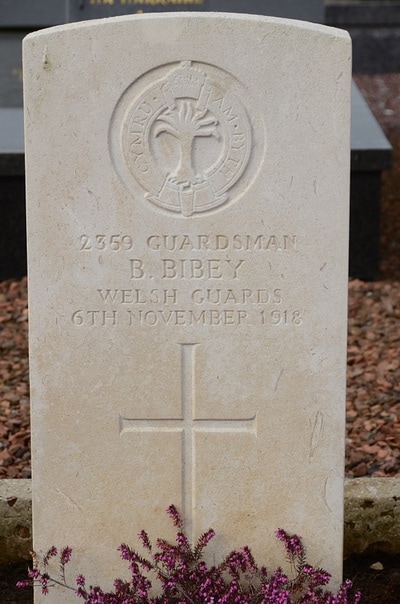 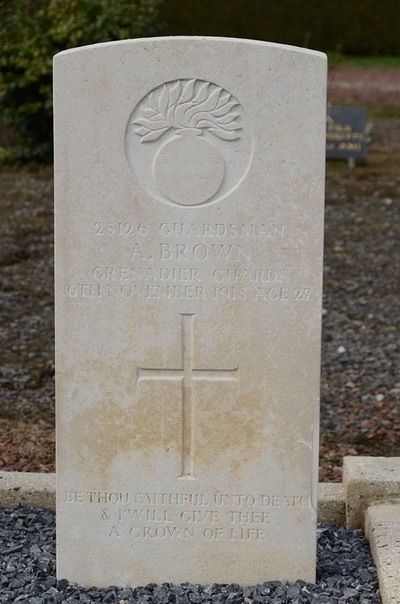 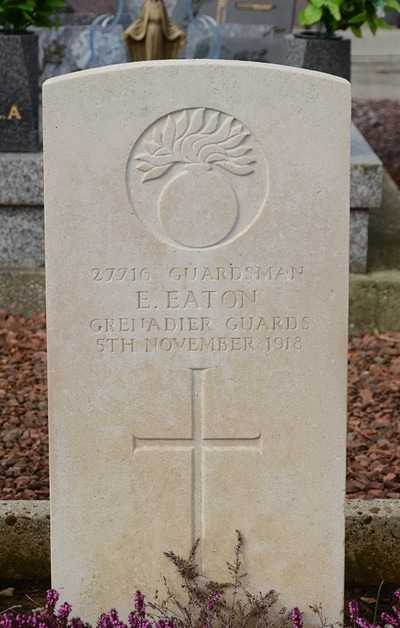 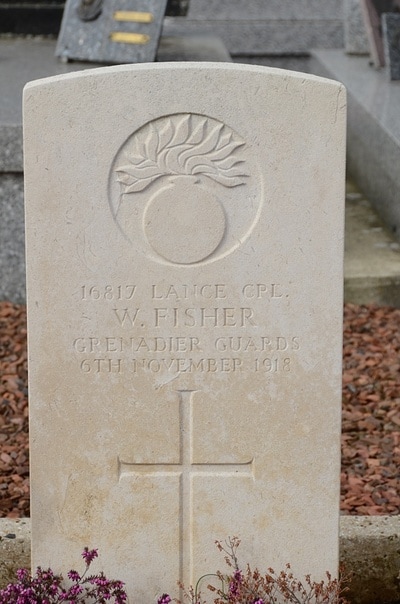 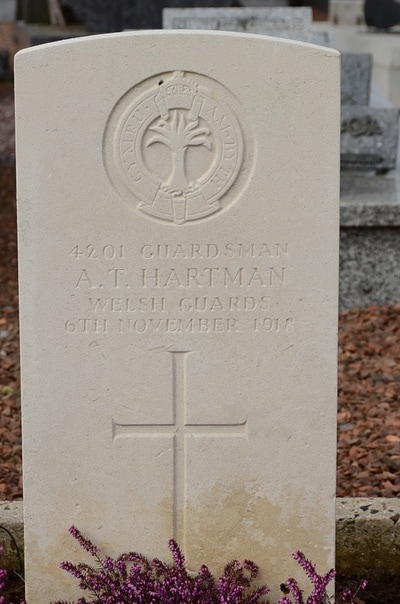 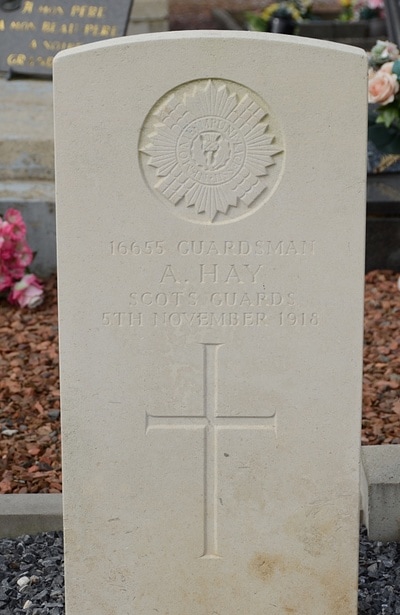 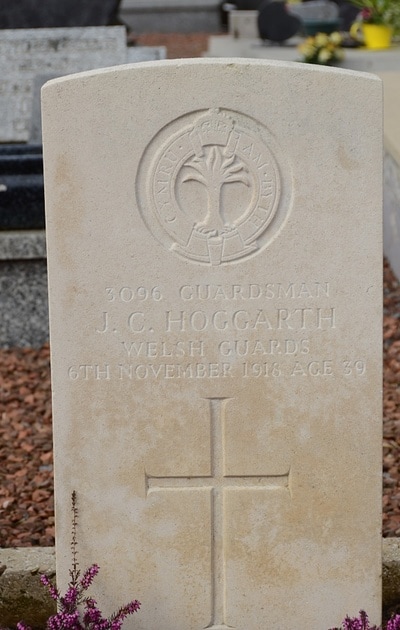 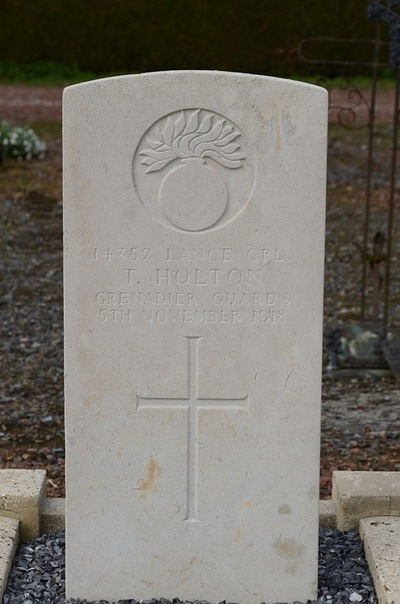 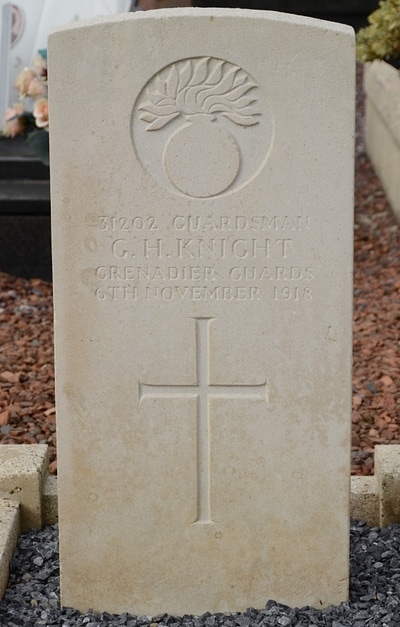 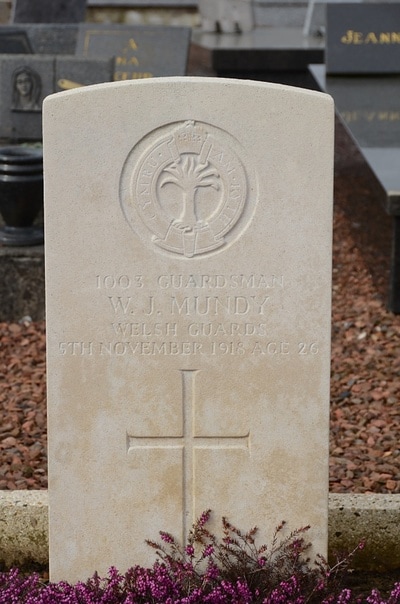 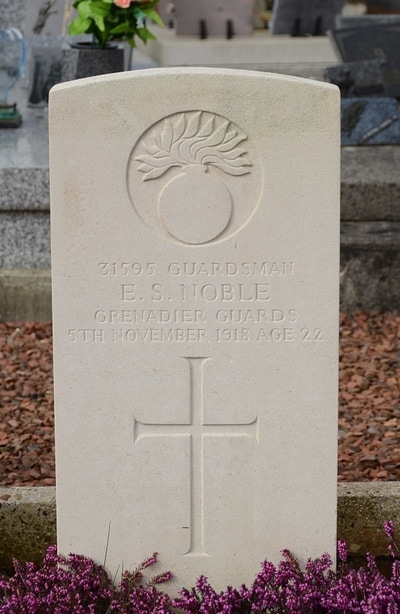 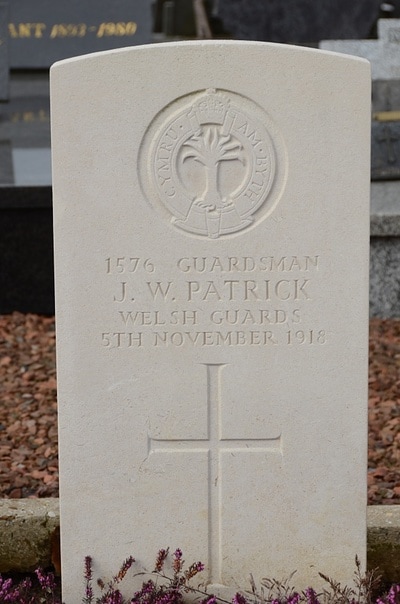 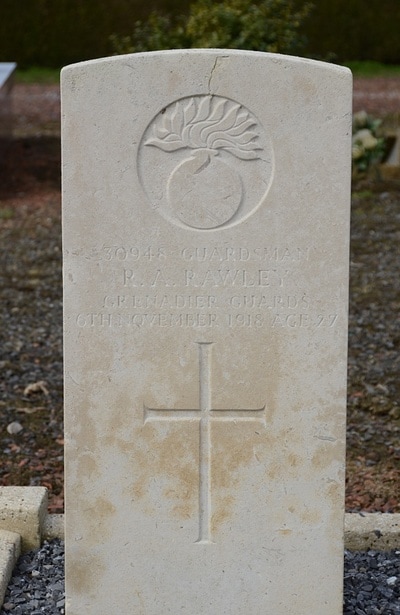 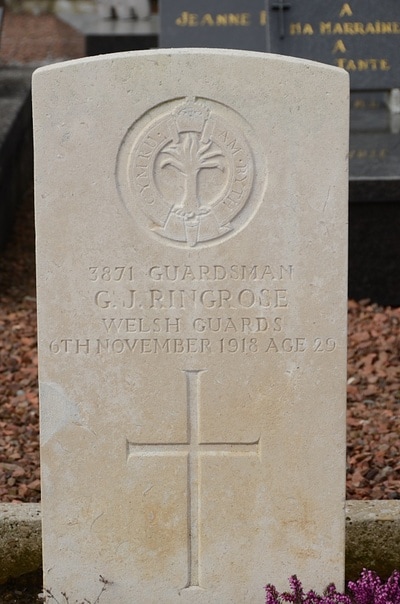 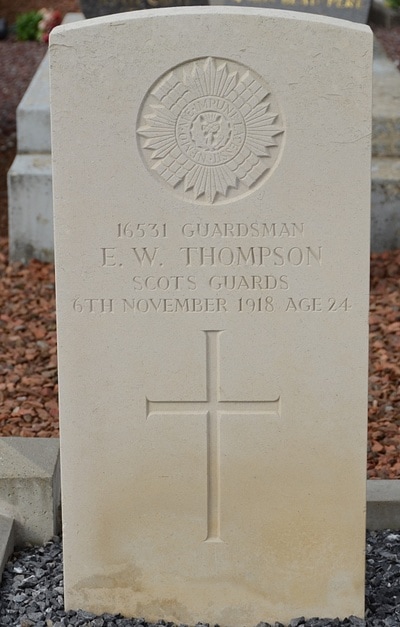 The private memorial to Second Lieutenants Thomas and Aitken, RAF 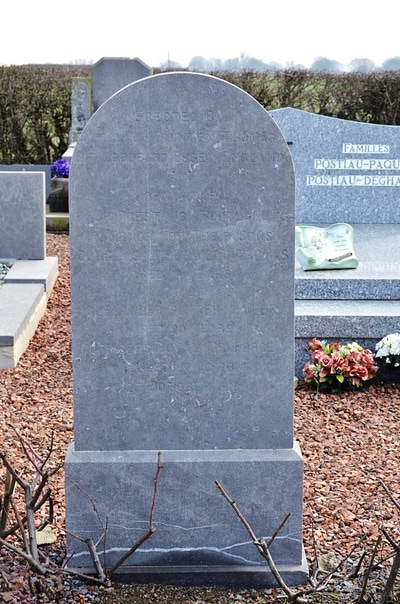 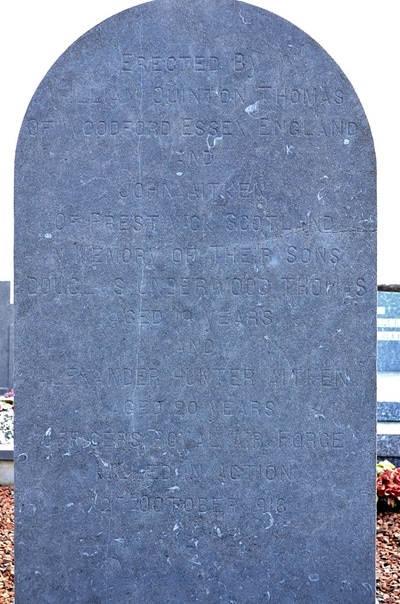 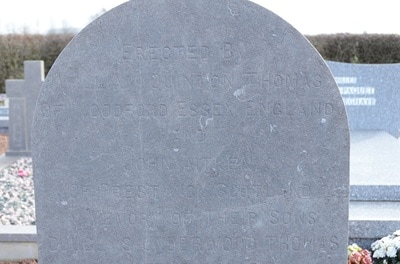 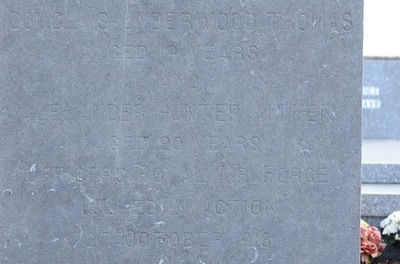