Bertincourt is a village and commune in the Department of the Pas-de-Calais on the RD7 Bapaume to Gouzeaucourt road, 4.5 kilometres south of the RN30 Bapaume-Cambrai road. From Bapaume, take RD7 to Bertincourt, signpost indicates 9 kilometres. On arrival at Bertincourt continue through the village and the cemetery is clearly signposted on the left with a short access path just before leaving the village.

Bertincourt was occupied in March, 1917, evacuated on the 24th March, 1918, and re-occupied by the 1st Canterbury Infantry Battalion on the 3rd September, 1918.

There are now nearly 50, 1914-18 war casualties commemorated in this site. Of these, a small number are unidentified.

The cemetery covers an area of 278 square metres and is enclosed on one side by the high red brick wall of the Château, and on the other three by low red brick walls. 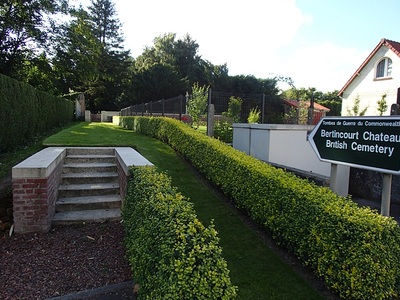 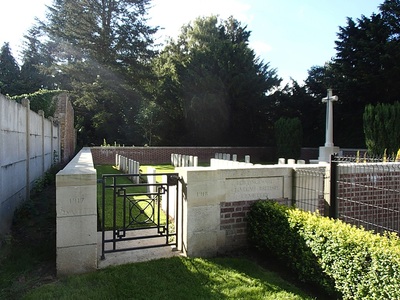 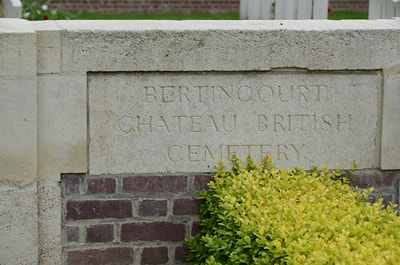 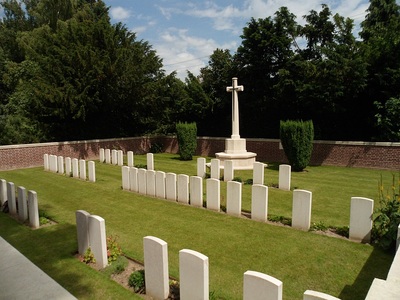 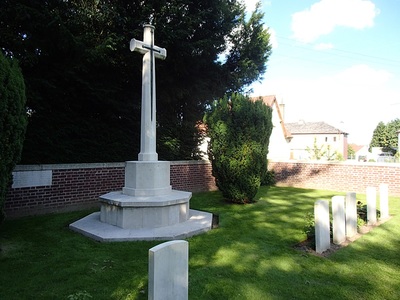 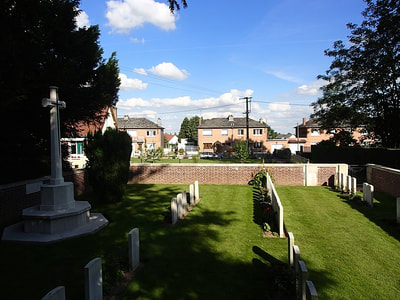 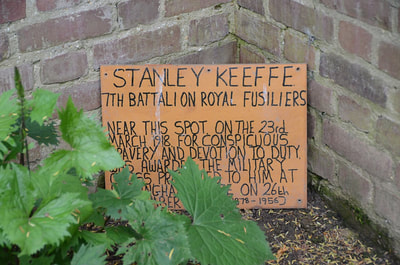 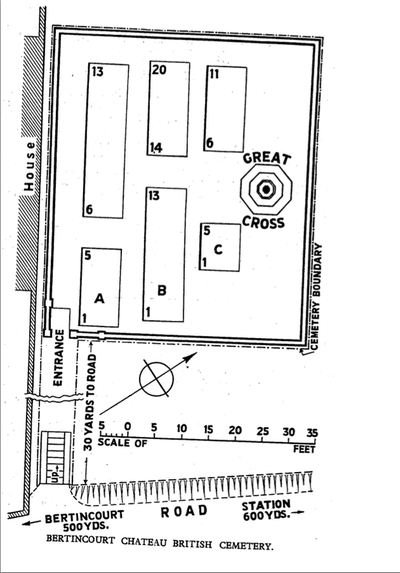 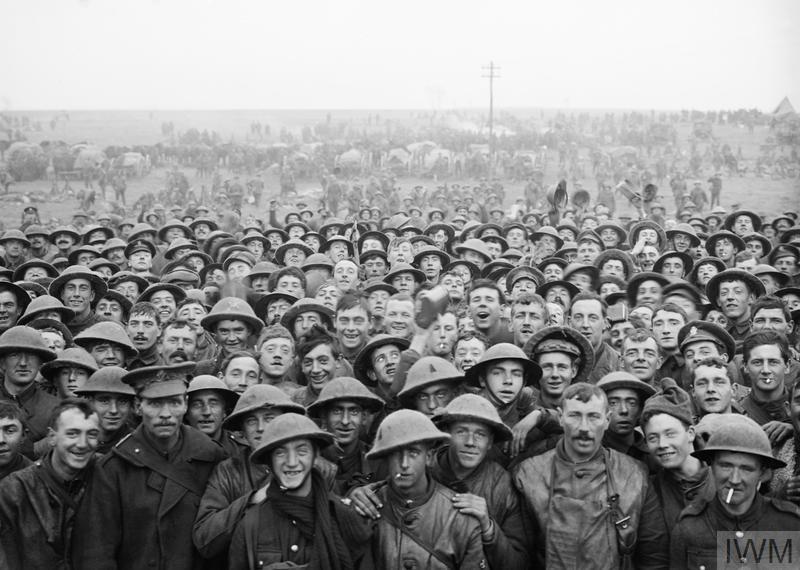 Group of the Royal Irish Rifles, 36th Ulster Division, before parading for the trenches. Near Bertincourt, 20 November 1917. 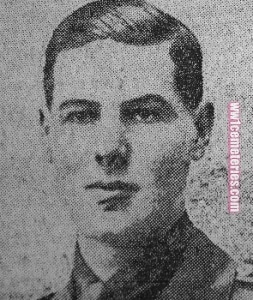 Son of James and May Edith Kippax, of 11, Bank Hall Terrace, Burnley.

James was an Accountant with Messrs. Rawlinson and Hargreaves Chartered Accountants.
He was educated at Burnley Grammar School and King Edward VII College, Lytham. He joined the Inns of Court O. T. C. in January 1917 and was gazetted toward the end of 1917.


The centre picture shows Joseph (L) with his brother James (seated) and Richard Entwistle the contributor of these photographs' Grandfather, James Maloney also won the MM and survived the war. The picture on the right shows the grave of Joseph Maloney photographed many years ago by his parents. 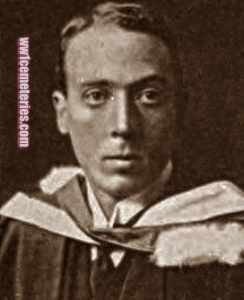 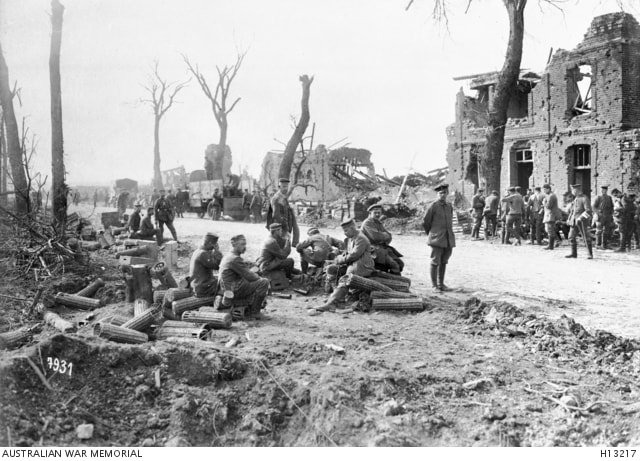 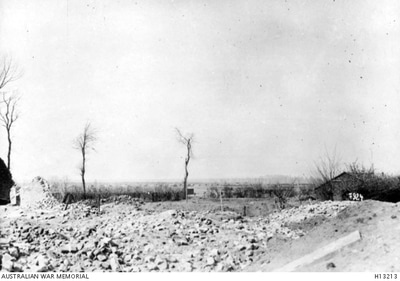 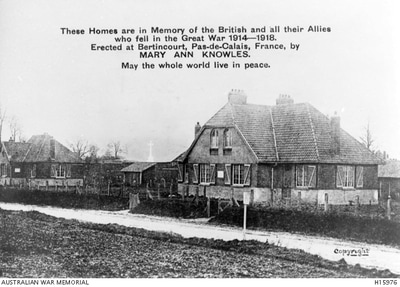