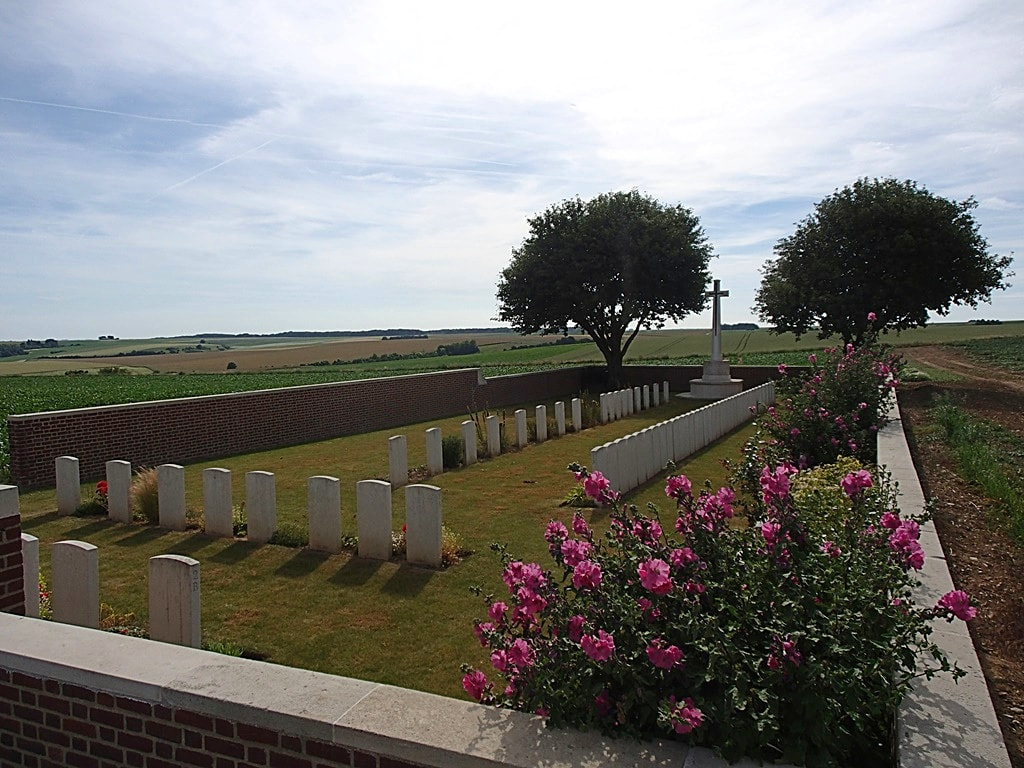 Bray-sur-Somme is a village 9 kilometres south-east of Albert. The Cemetery is about 2 kilometres north of the village on the road to Fricourt.

Bray-sur-Somme fell into German hands in March 1918, but it was retaken by the 40th Australian Battalion on the following 24 August.

Bray Hill British Cemetery was made on 31 August 1918, by the 58th (London) Division, which had taken part in the advance from Corbie. The original cemetery (now part of Plot I) contained 41 graves but was increased after the Armistice when graves were brought in from the battlefields of March and August 1918, between Bray and Fricourt.

The cemetery now contains 105 First World War burials, 32 of which are unidentified. 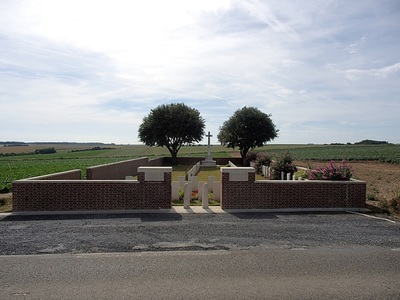 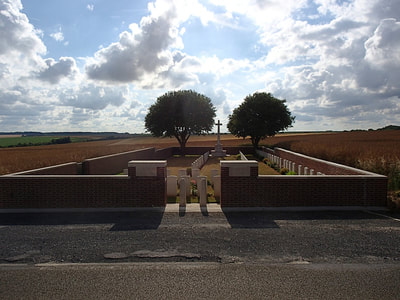 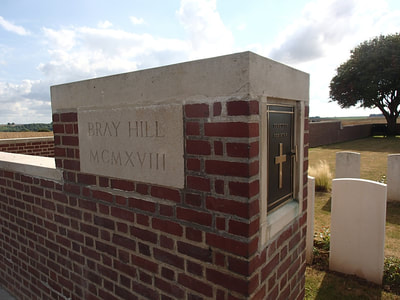 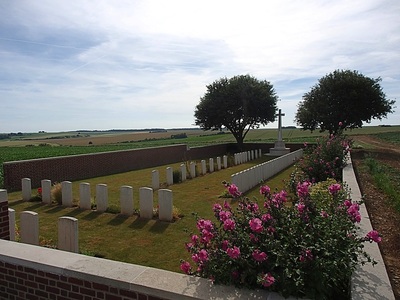 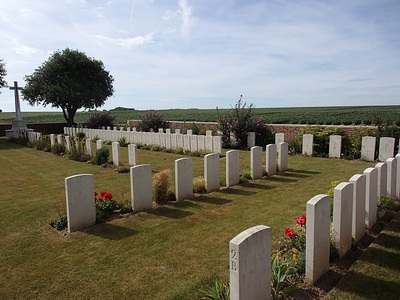 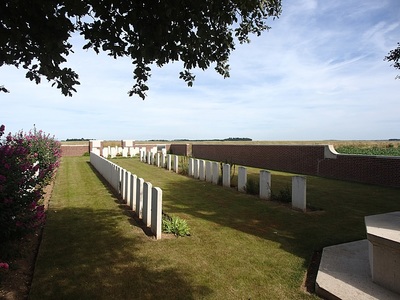 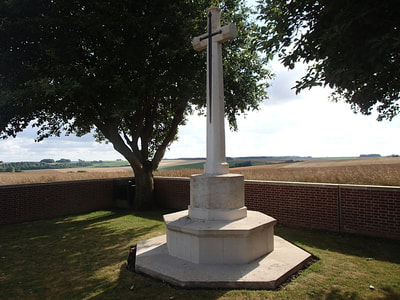 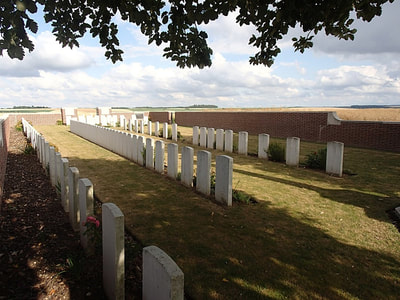 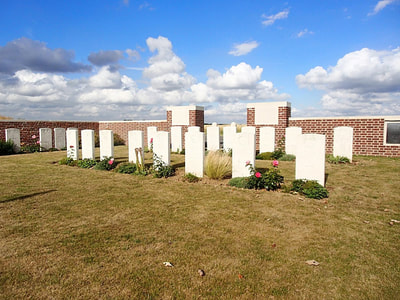 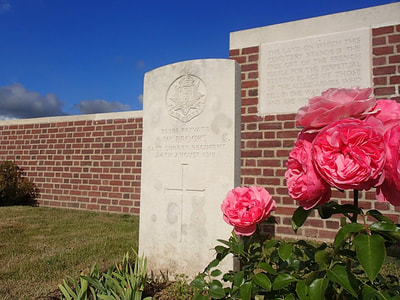 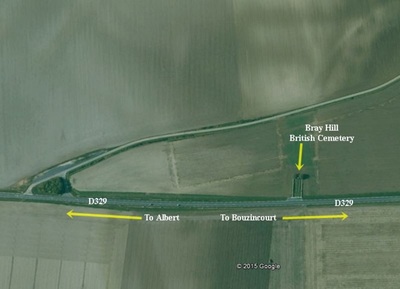 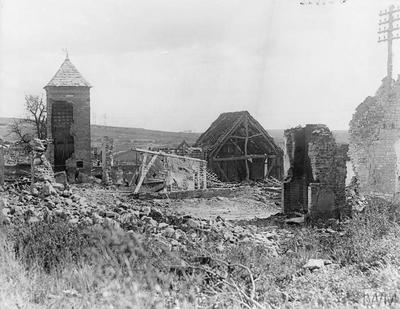 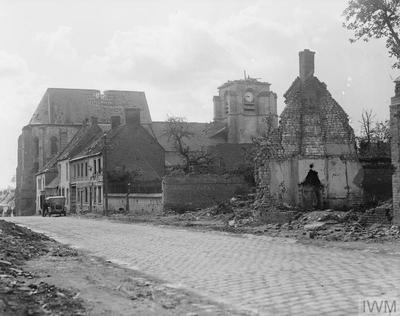 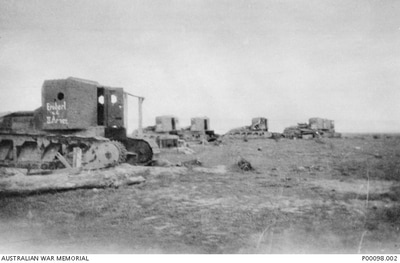 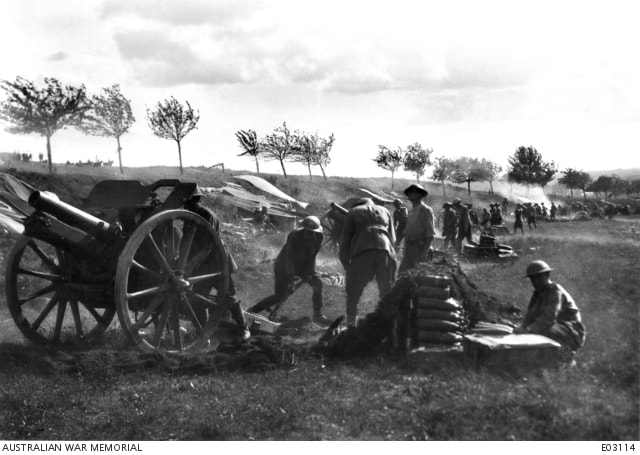 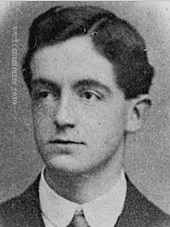 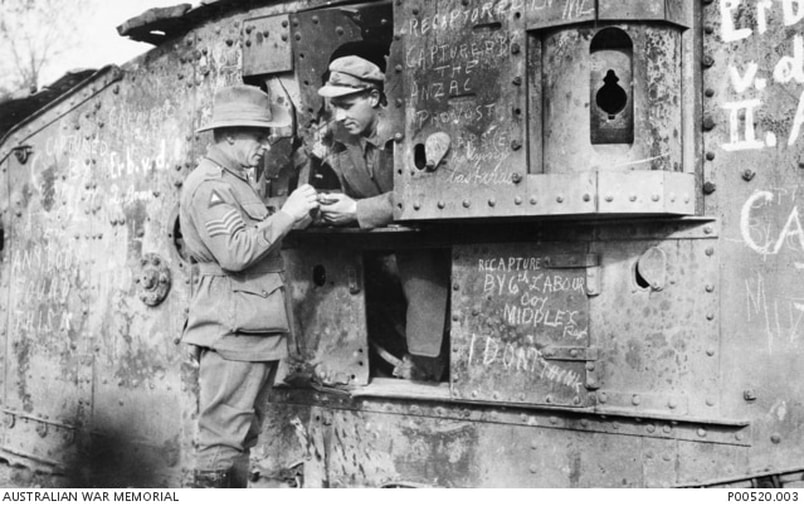 September 1918. A recaptured tank near Bray, on the Somme. 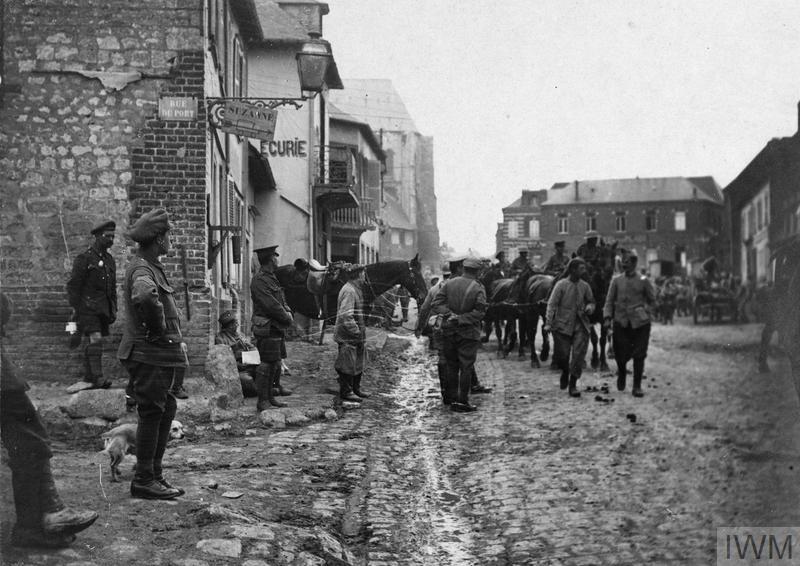 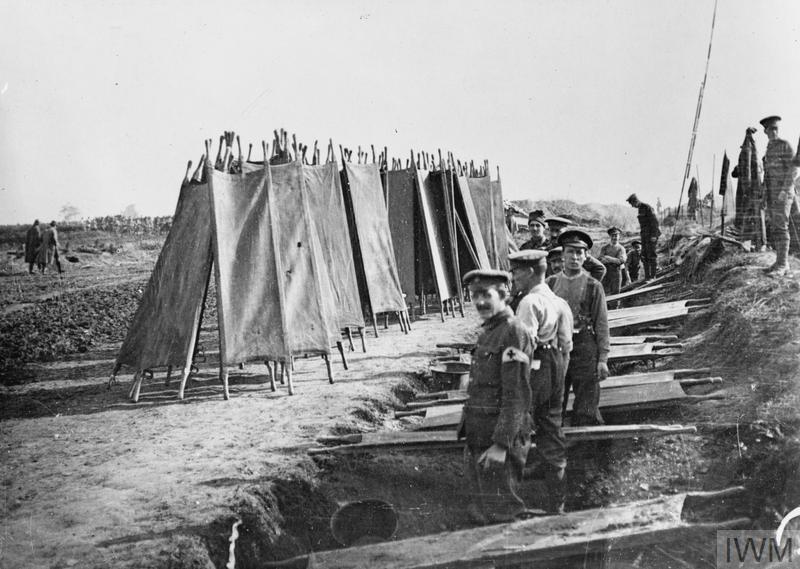 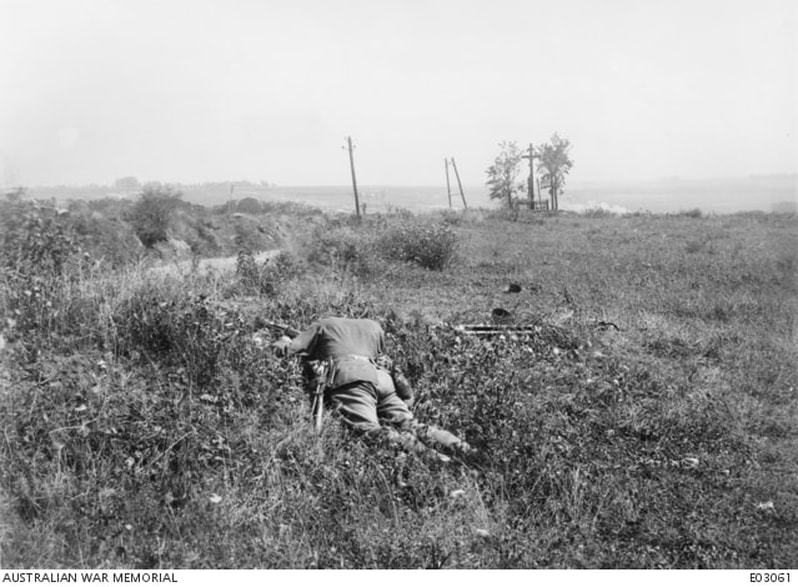 A German sniper killed in the advance towards the Crucifix at the Calvaire Cross Roads, near Bray, where the 9th Brigade experienced heavy fighting on 22 August 1918. The Crucifix marked the approximate objective at this point of the Brigade's attack. 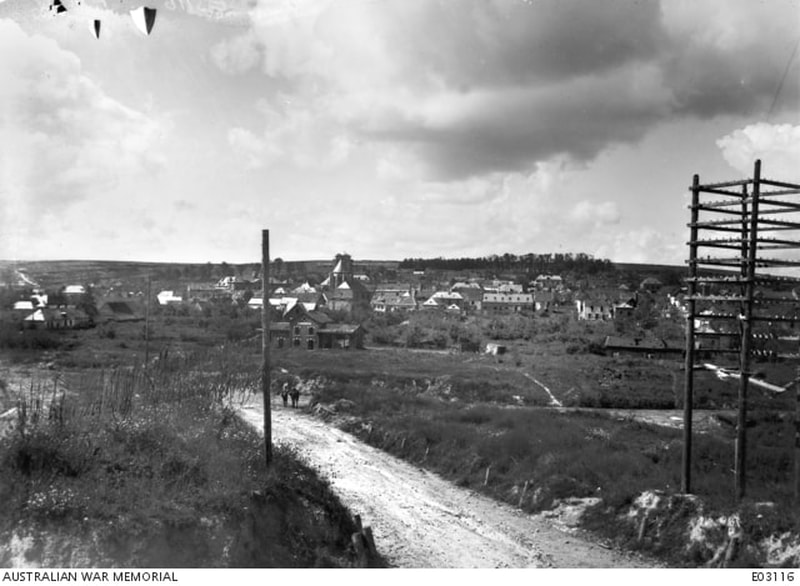 26th August 1918; The village of Bray, photographed from the north east. Bray was taken on the night of 23 August 1918, by a direct frontal surprise attack, of the 40th (Australian) Battalion, assisted on the left flank by the 37th and 38th Battalions. The railway station is in the foreground and directly behind is the ruined church used as a hospital by the enemy. The structure on the right is a field telephone distribution small tower. 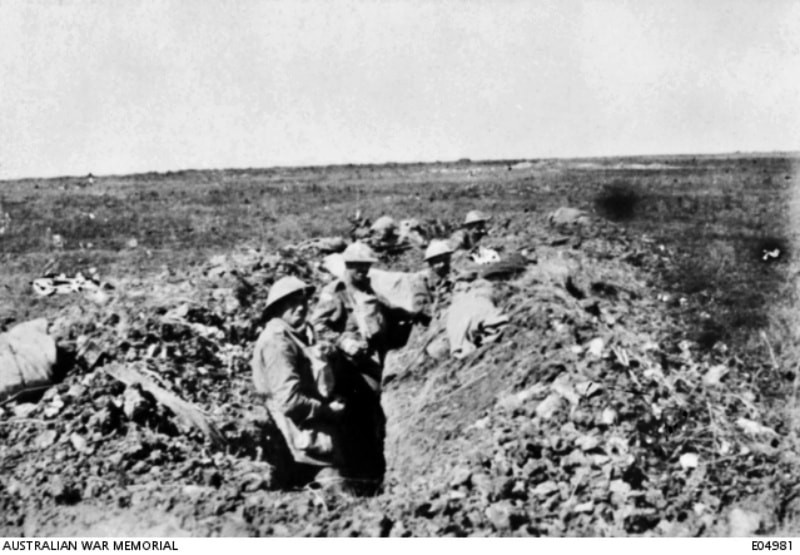 Four unidentified members of the 3rd Australian Pioneer Battalion, standing in a trench above Bray-sur-Somme, a few hours after the battle near Bray in which they had acted as infantry. 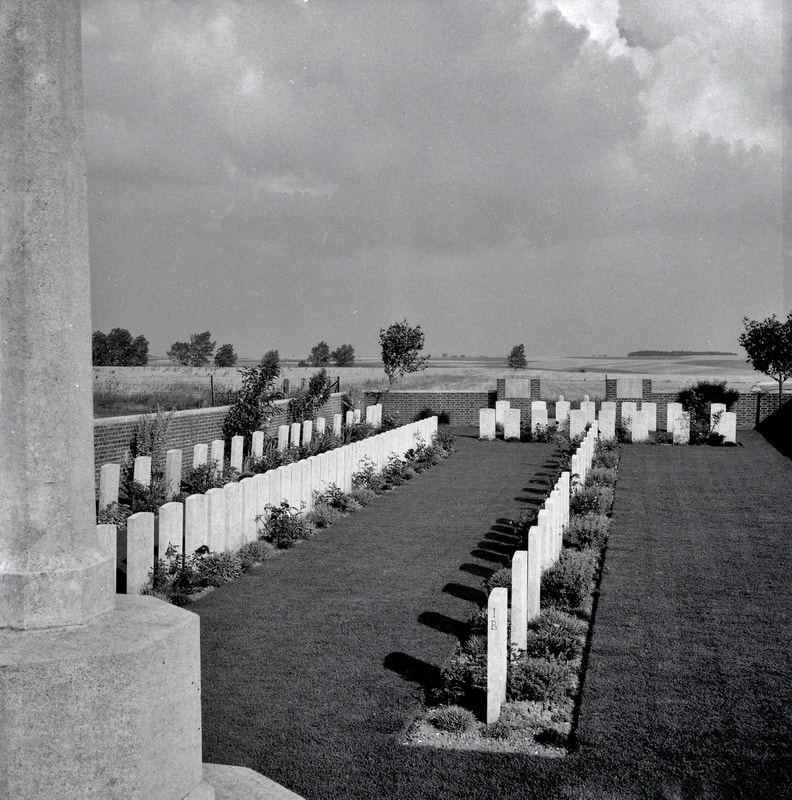