Cagnicourt is a village 18 kilometres south-east of Arras. The cemetery lies on the D13, 2 kilometres south of the main Arras-Cambrai road (D939) and is near the Communal Cemetery.

Cagnicourt was captured by British troops on the 2nd September, 1918, in the Battle of the Drocourt-Queant Line; and this cemetery was begun after the battle, alongside a German cemetery (now removed). It was used until the middle of October, 1918, when it contained 89 graves, and it was enlarged after the Armistice by the concentration of graves from the battlefields over a wide area round Cagnicourt.

The cemetery covers an area of 1,116 square metres and is enclosed by a rubble wall. 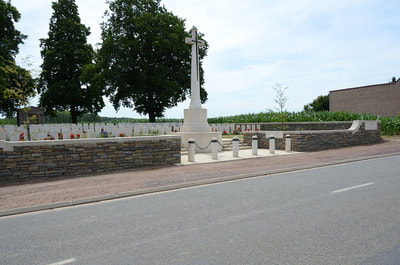 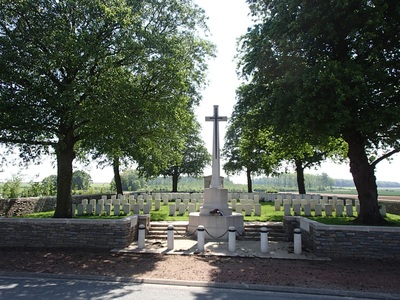 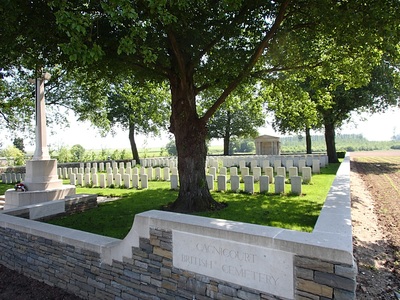 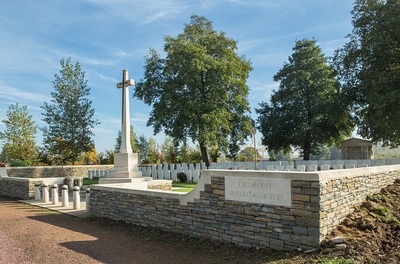 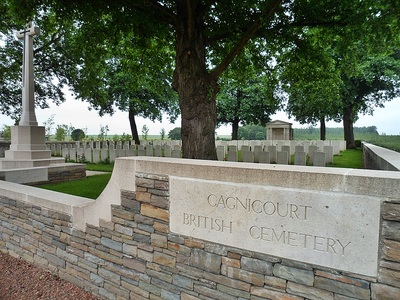 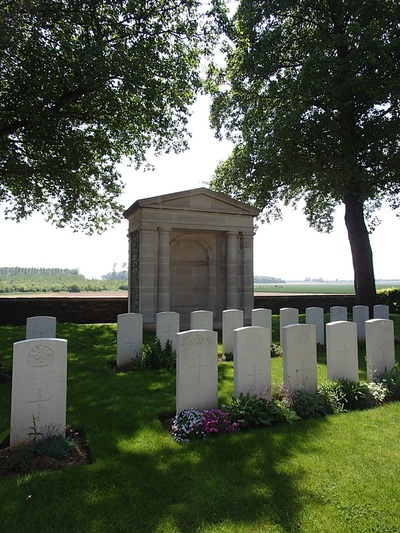 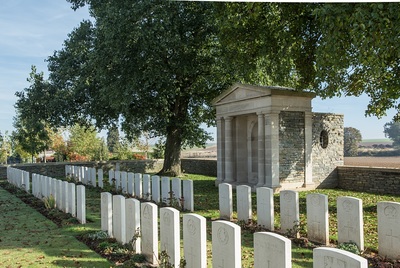 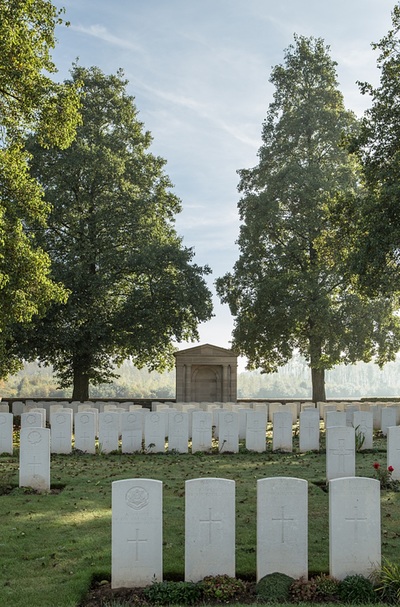 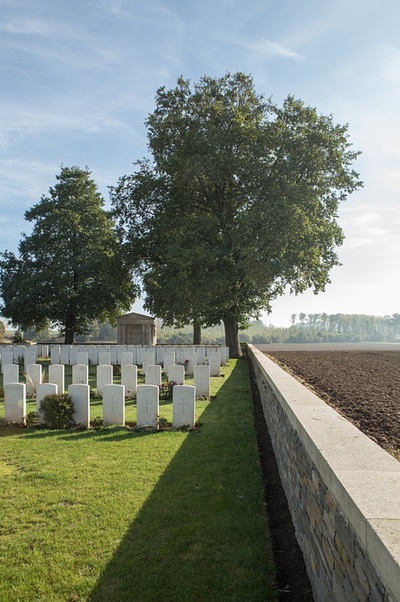 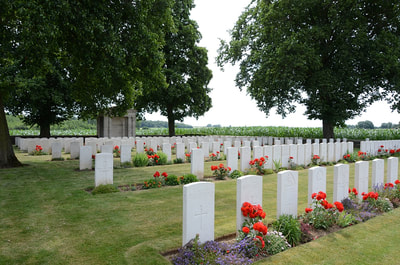 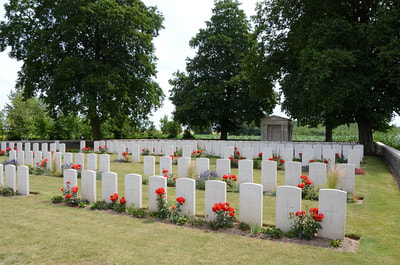 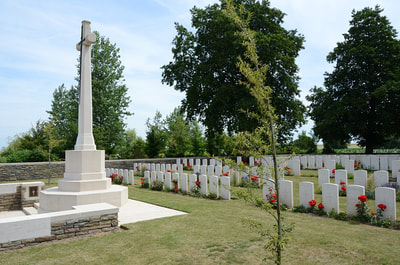 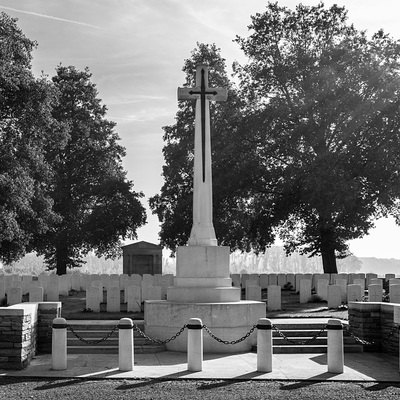 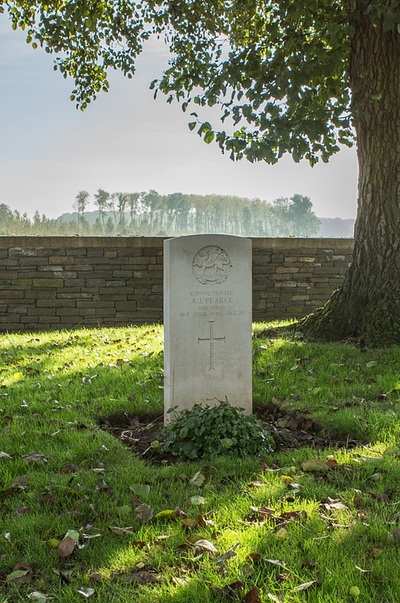 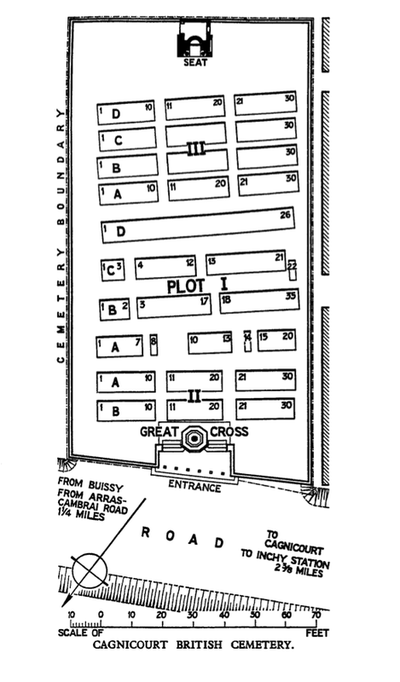 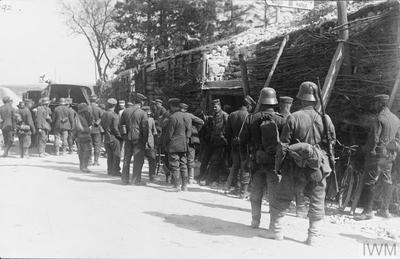 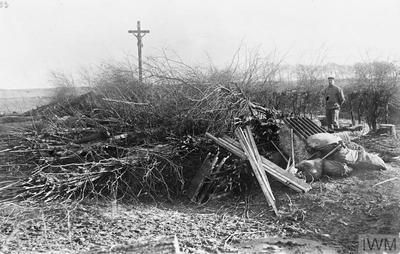 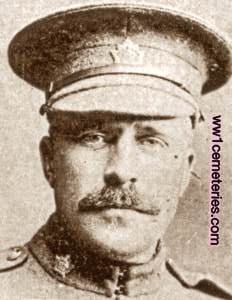 Son of George and Mary Chalmers, of Smith's Falls, Ontario. 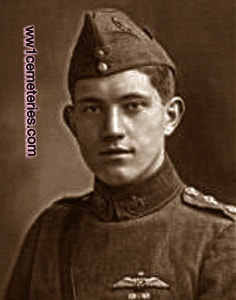 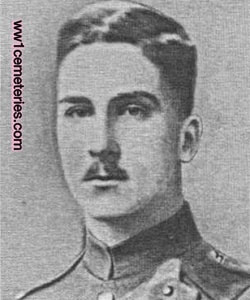 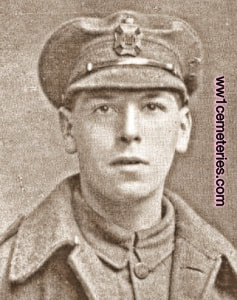 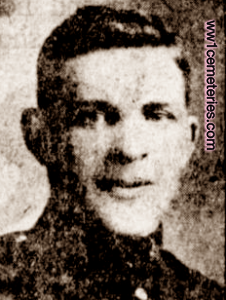 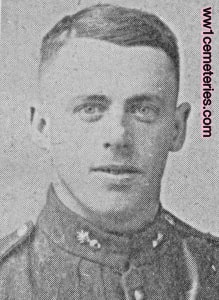 Son of Lewis and Ida May Robson. of Holloway, Ontario. 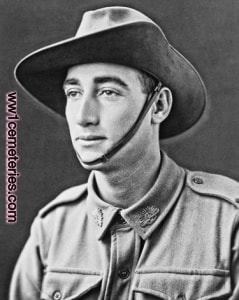 An 18 year old bank clerk prior to enlisting on 26 August 1915, he embarked for overseas with the 15th Reinforcements of the 10th Infantry Battalion from Adelaide on 9 March 1916 aboard RMS Mongolia. After arriving in France in June 1916, he attended the Machine Gun School and transferred to the 4th Division Machine Gun Company before joining the 13th Machine Gun Company on 31 August 1916. Pte Turner was killed in action on 2 April 1917 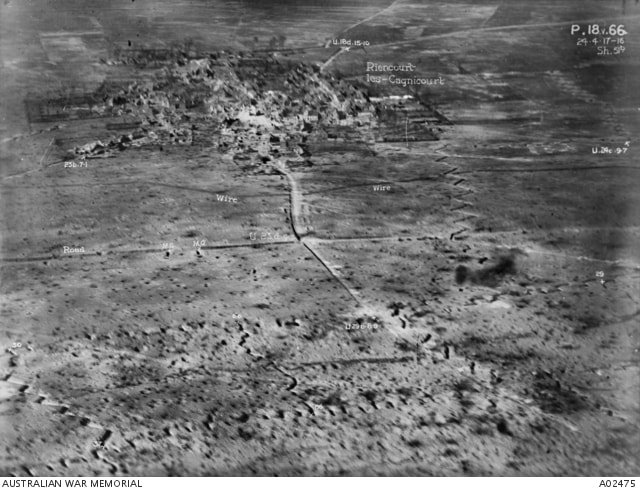 24th April 1917: An oblique aerial view of the partially ruined village of Riencourt-les-Cagnicourt, east of Bullecourt, showing the trench lines and barbed wire entanglements around the town. The trench in the foreground was the scene of the 4th Australian Division attack on 11 April 1917 when Bullecourt was still held by the Germans. Map reference P.18. V. 66 24/4/17 Sheet 51b.