Cavillon is a small village in the Department of the Somme, some 22 kilometres west of Amiens at the junction of the D156 and D121. The Cemetery is in the centre of the village, and the Commonwealth war graves are near to the entrance of the cemetery.
​
Cavillon Communal Cemetery contains two Commonwealth burials of the First World War and the graves of three Second World War airmen.
​

Private. William Henry Randle, 10th Bn. Sherwood Foresters (Notts and Derby Regiment, executed for desertion on 25th November 1916. Son of William Henry and Harriett Randle, of 26, Vale Drive, Shirebrook, Nr. Mansfield, Notts. Near north-west corner of cemetery. He had served in the Dardanelles,& was the first man in his regiment to be shot for desertion. (Putkowski, pp. 135-136)​

755307 Stanley Edward Hinton, Wireless Operator/Air Gunner in 107 Squadron, Royal Air Force Volunteer Reserve, died 10th July 1940, aged 19. Son of Horace and Alice Hinton, of Hackney, London. His headstone bears the inscription "At The Setting Of The Sun And In The Morning We Will Remember Him. au Revoir"

581482 Sergeant Granville Thomas Truscott, Observer in 107 Squadron, Royal Air Force, died 10th July 1940, aged 25. Son of Thomas Charles and Emma Elizabeth Truscott, of Bishop's Stortford, Hertfordshire. His headstone bears the inscription "At The Going Down Of The Sun And In The Morning We Will Remember You"
​ 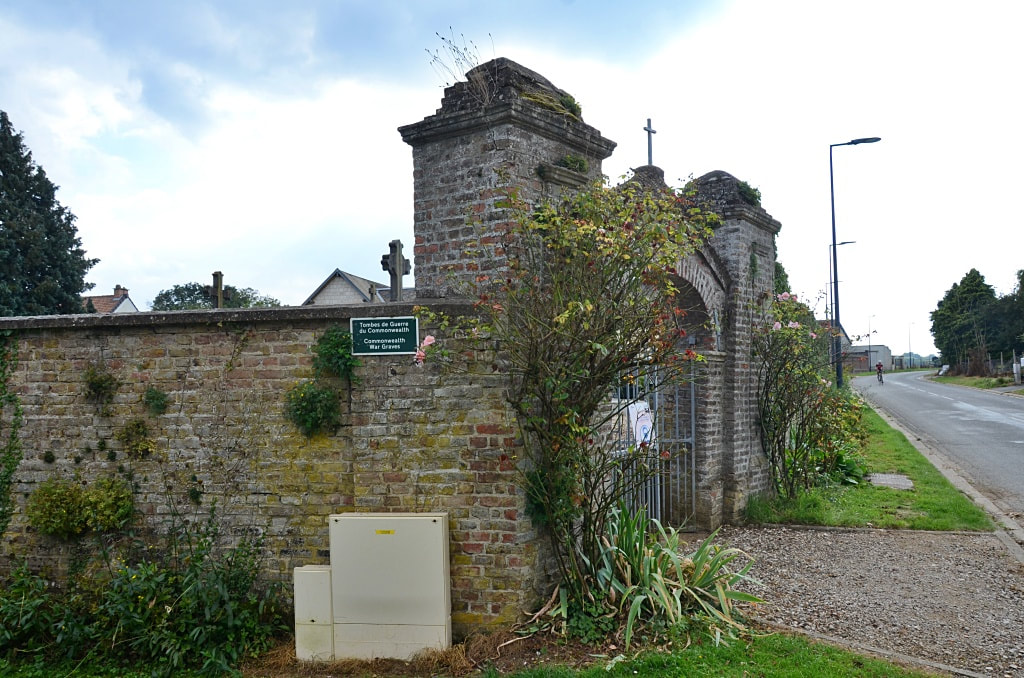 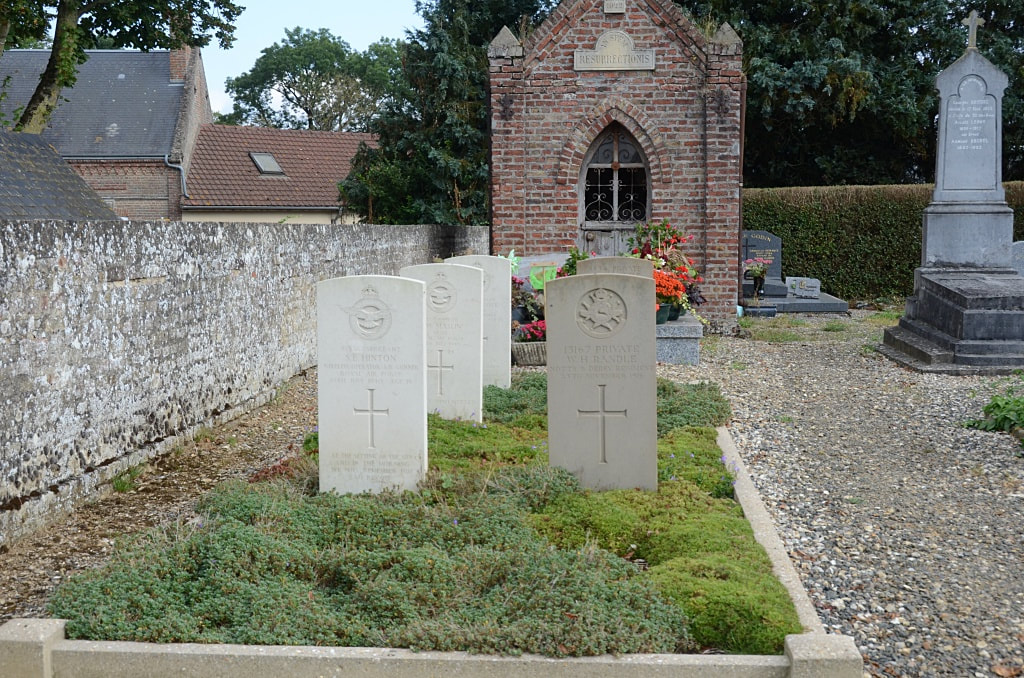 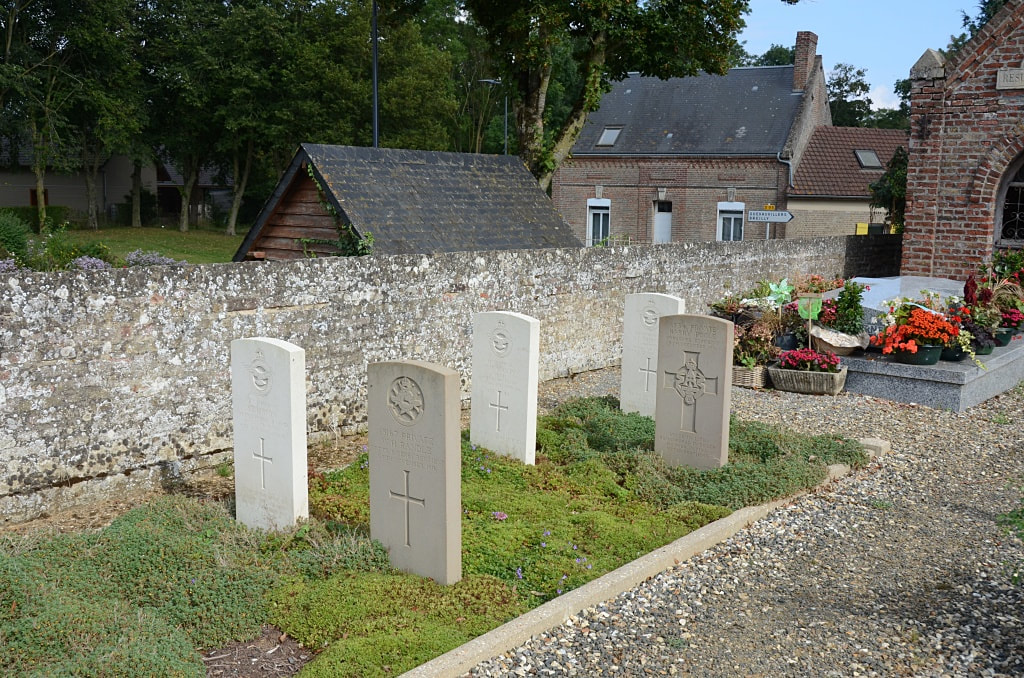 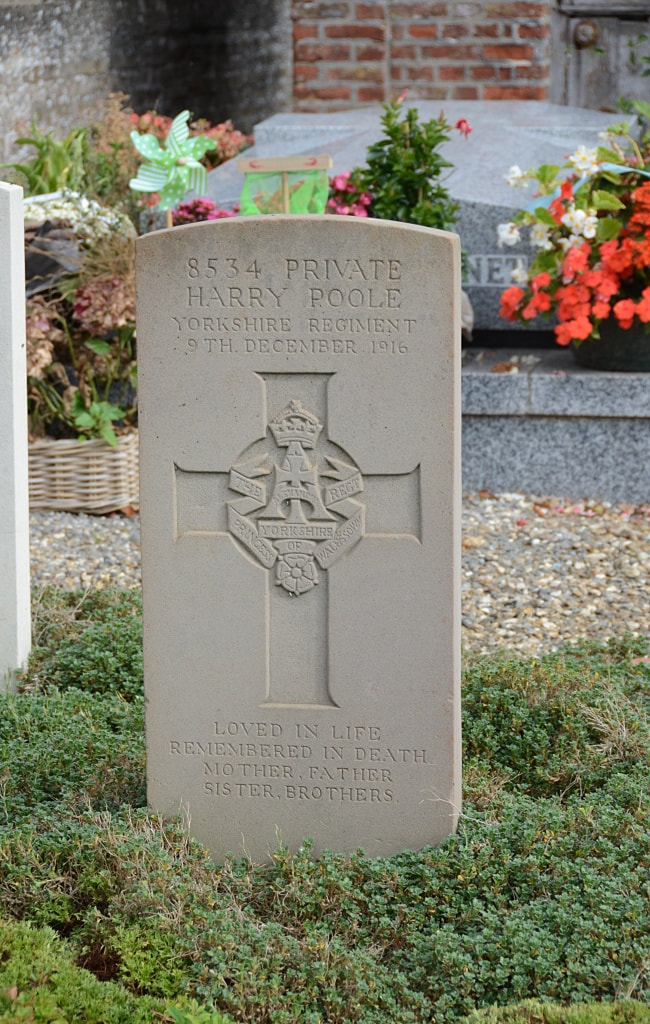 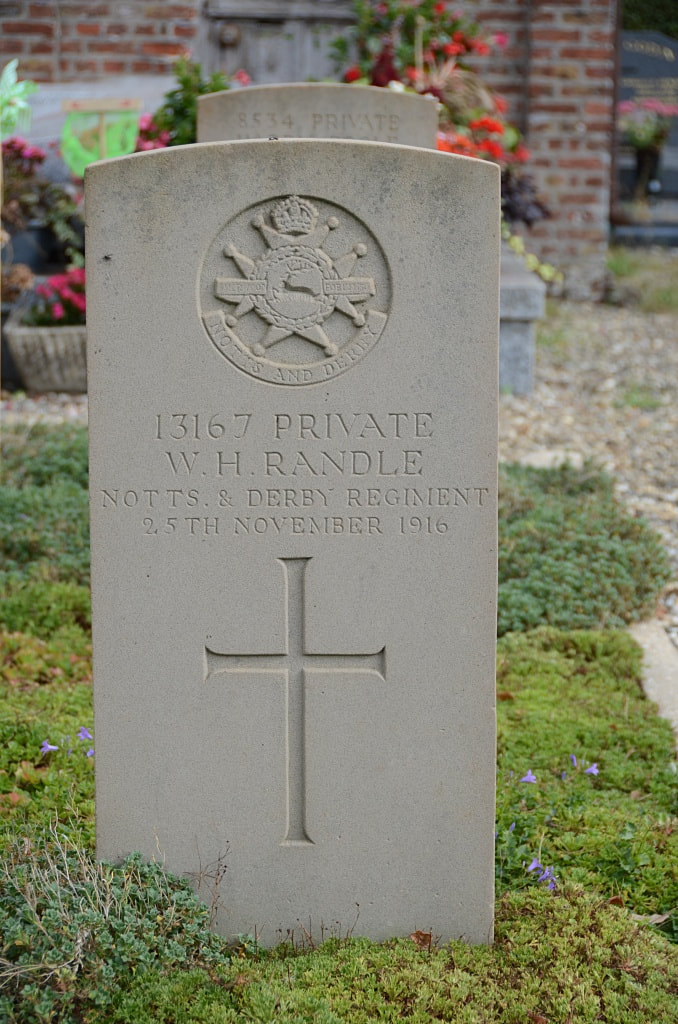 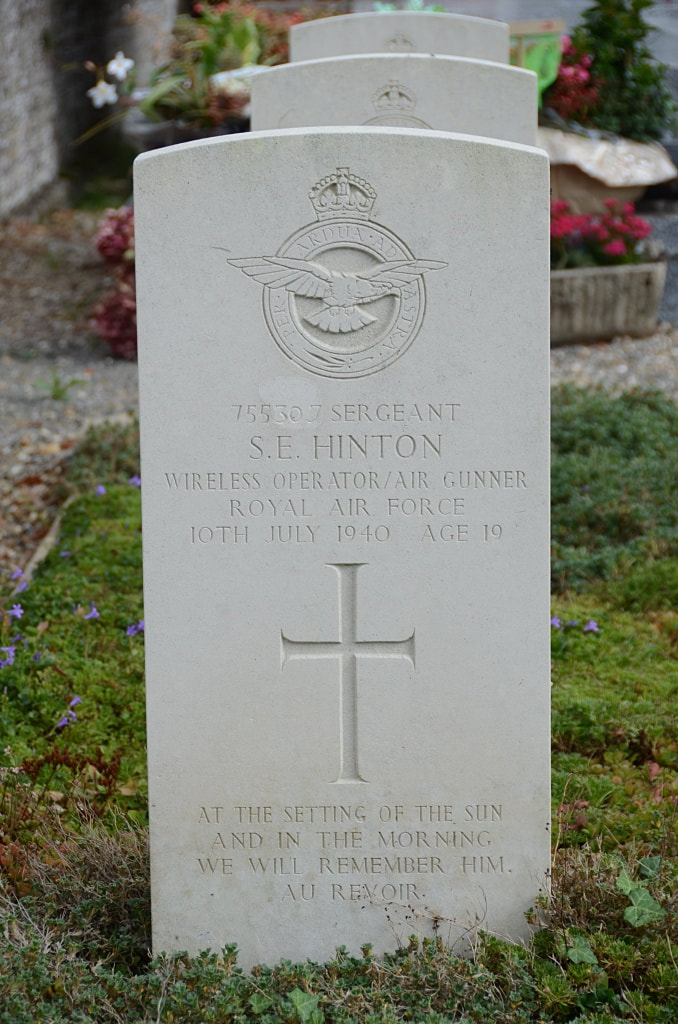 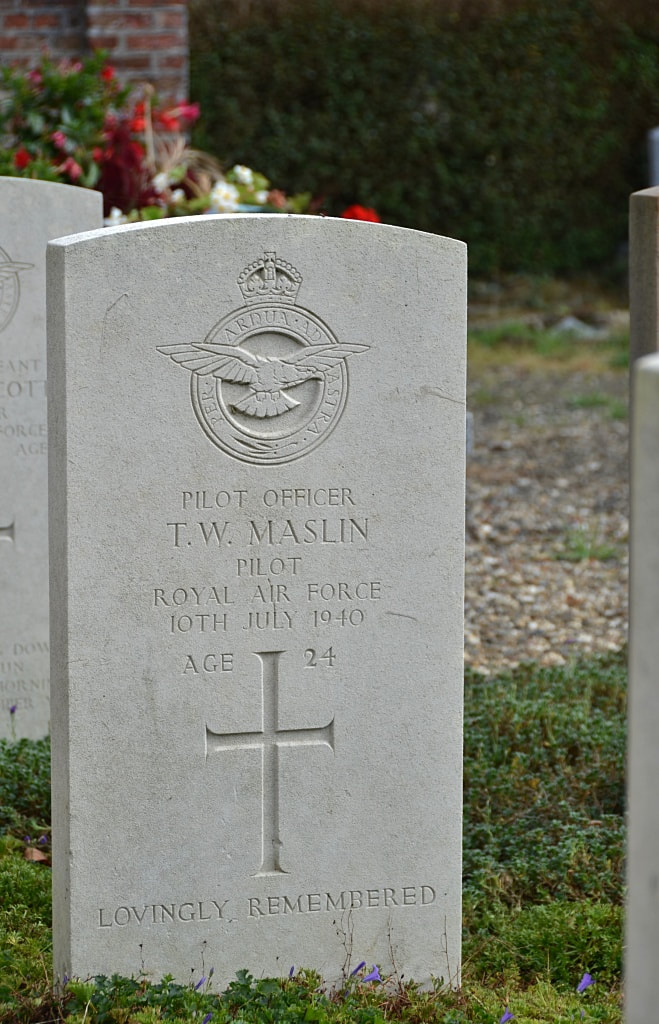 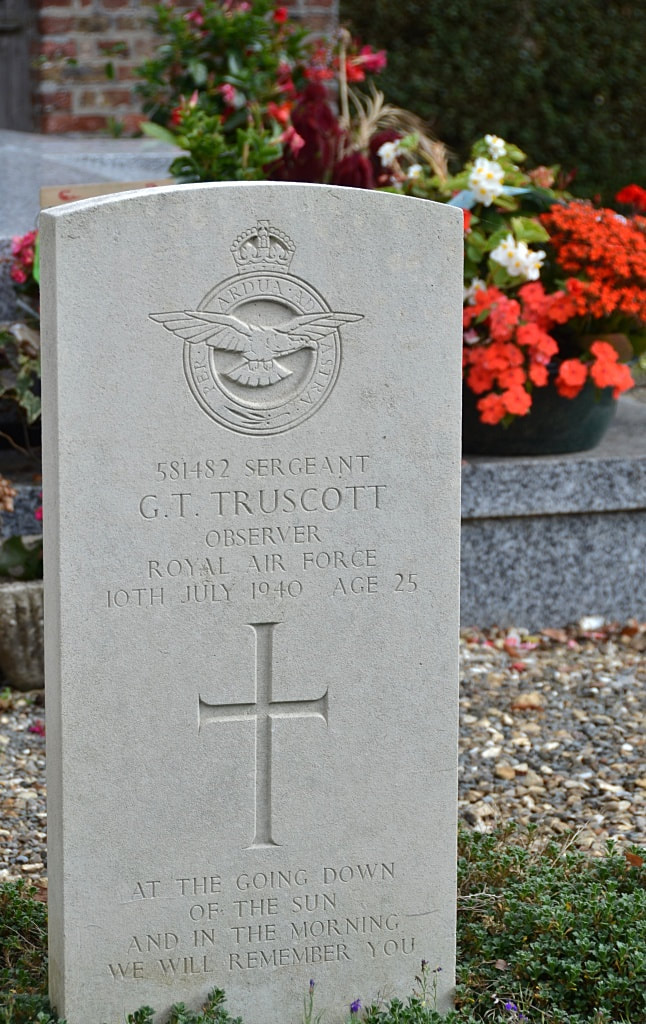 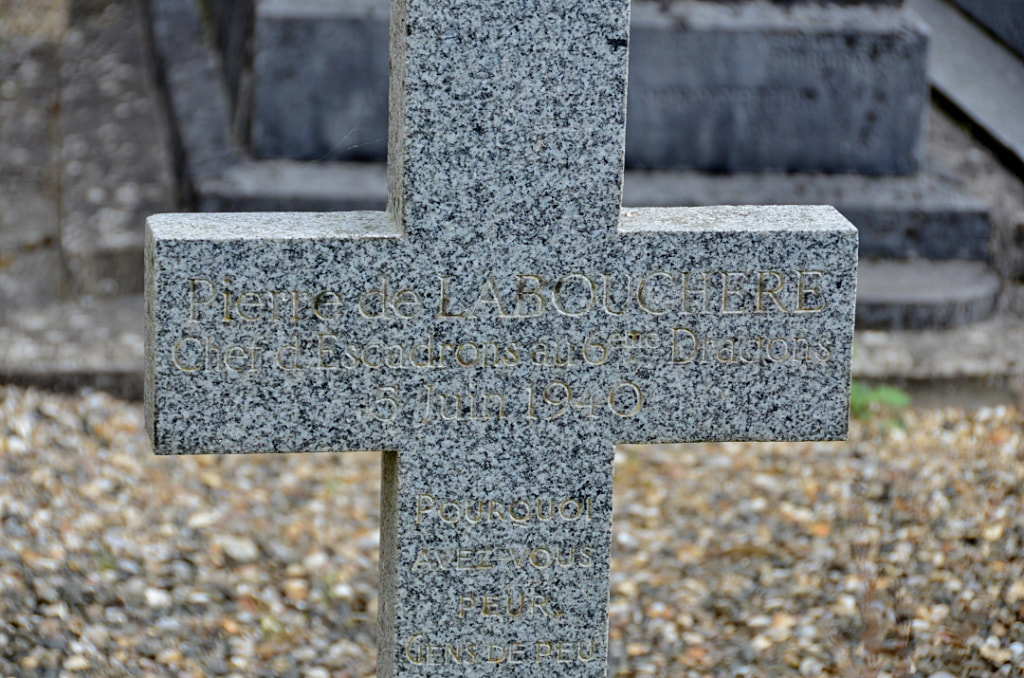