Cernay French National Cemetery is located North of the town. The entrance is on the Allée du Cimetière national.

The Cernay French National Cemetery holds the bodies of soldiers who were killed during the battles of Vieil-Armand and Steinbach during the summer of 1914. Created in 1920, this site was developed up until 1936 in order to welcome the bodies exhumed from temporary military cemeteries located in the Hartmannswillerkopf, to the south of Thann and to the north of Mulhouse.

In 1932 it was chosen to hold the bodies of Czech soldiers exhumed from the cemeteries of Choloy (54) and the Vosges.

After the Second World War, this cemetery was reorganised in order to bring together the bodies of 1,045 French soldiers and prisoners-of-war from the Haut-Rhin, Germany and Austria who died for France between 1940 and 1945. The bodies of 2,238 Frenchmen including 1,300 in individual graves, 45 Czechs, 19 Russians, one Briton and one Serbian lie here. Two ossuaries contain the mortal remains of 938 soldiers. During the First World War, nearly 25,000 French soldiers died on the slopes of the Hartmannswillerkopf, also known as the "Mangeur d'hommes" (Man-eater) or "Montagne de la Mort" (Mountain of Death).
​
The single Commonwealth grave, in the south-east corner, was brought from Modenheim German Military Cemetery, Illzach. 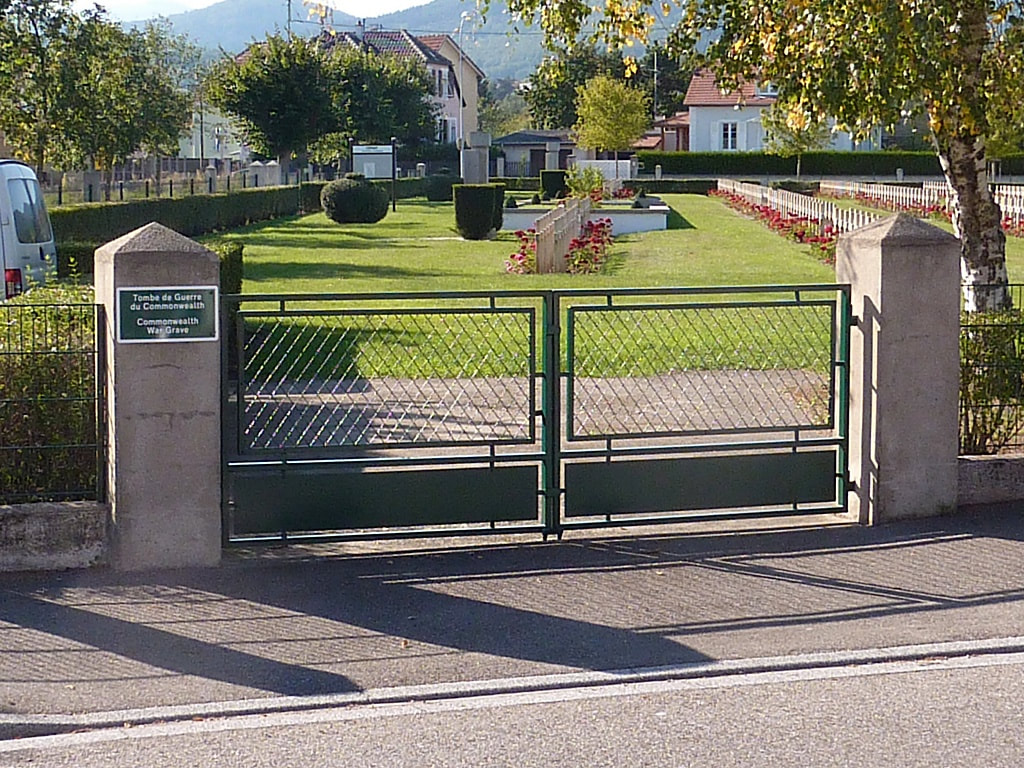 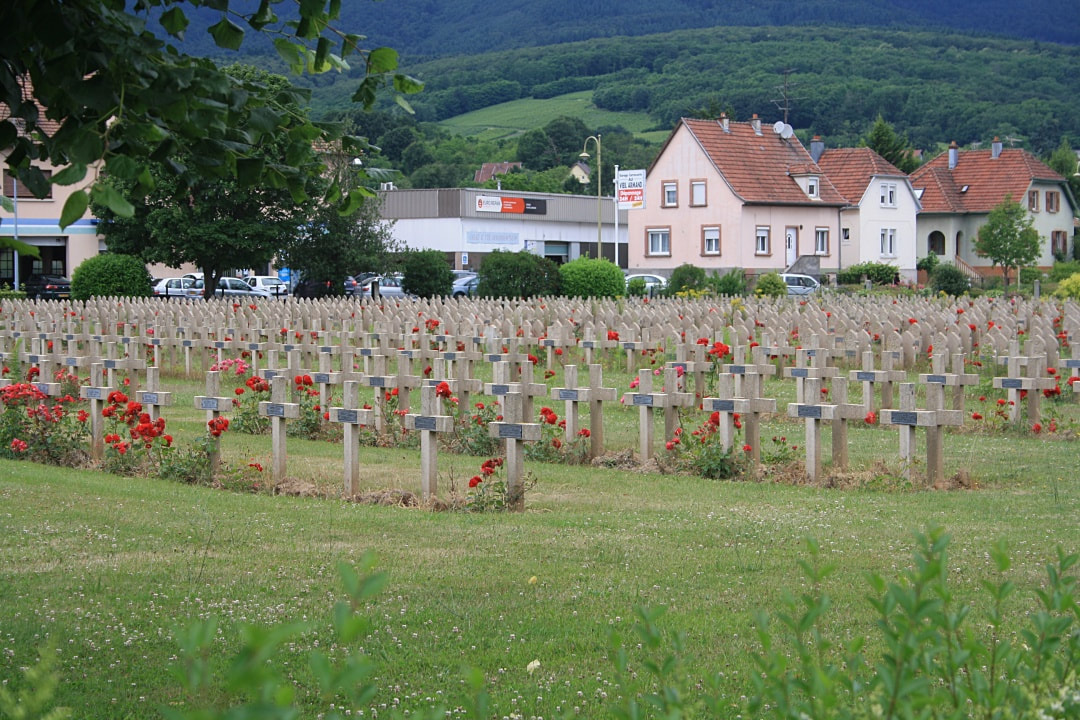 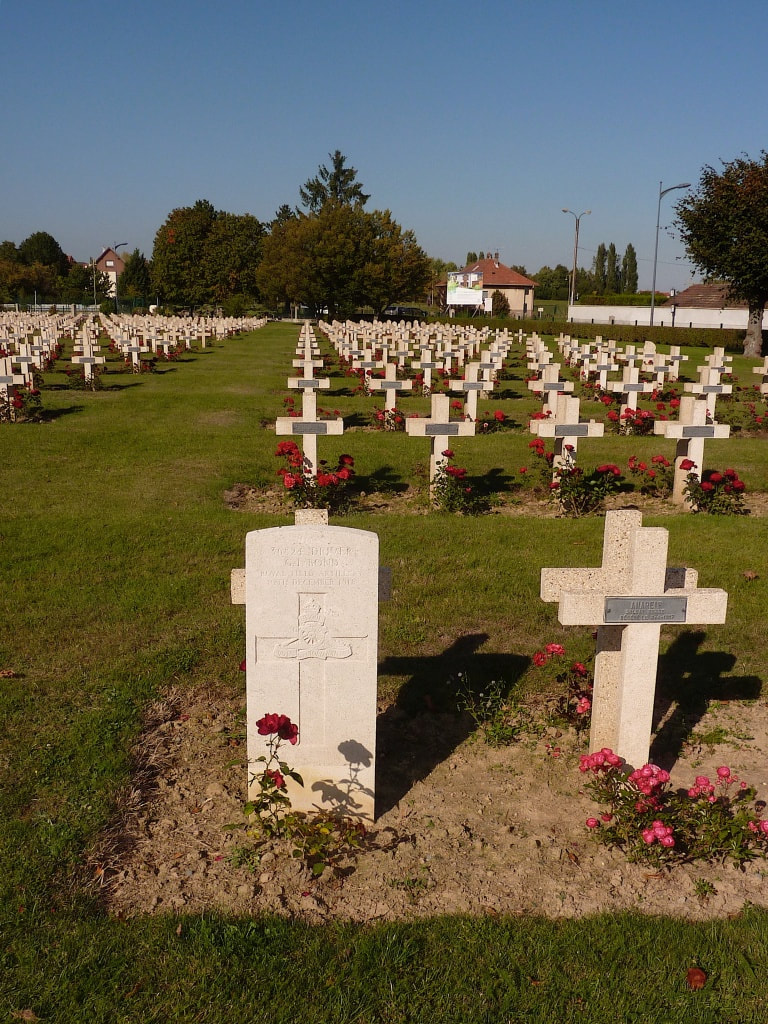 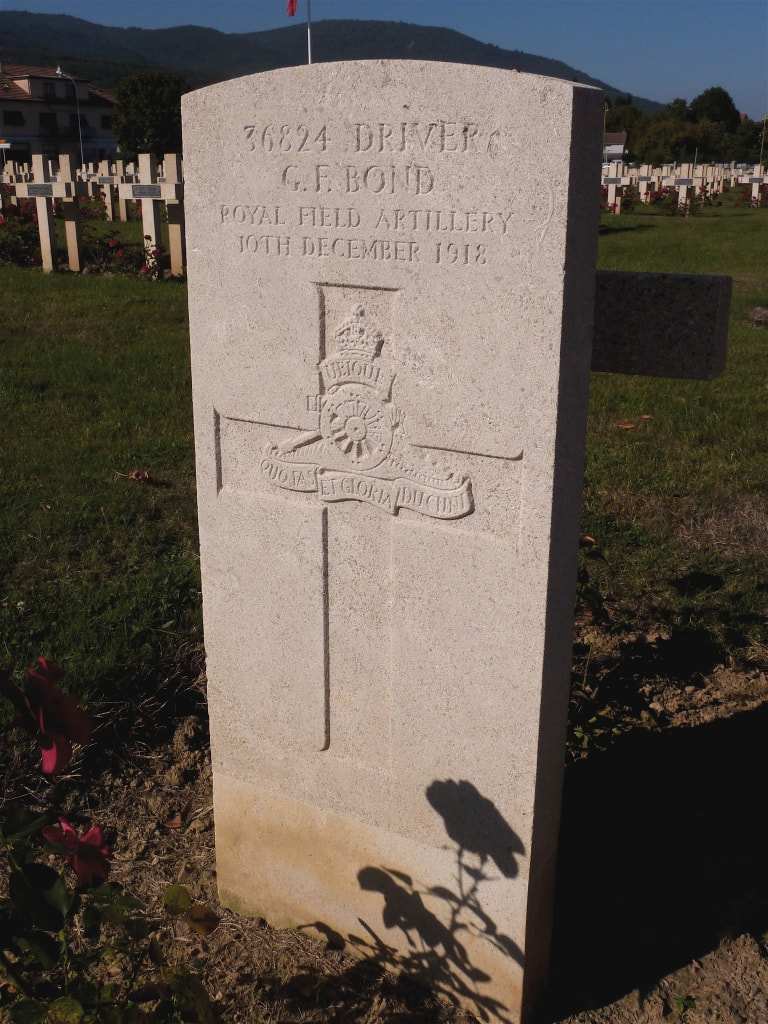 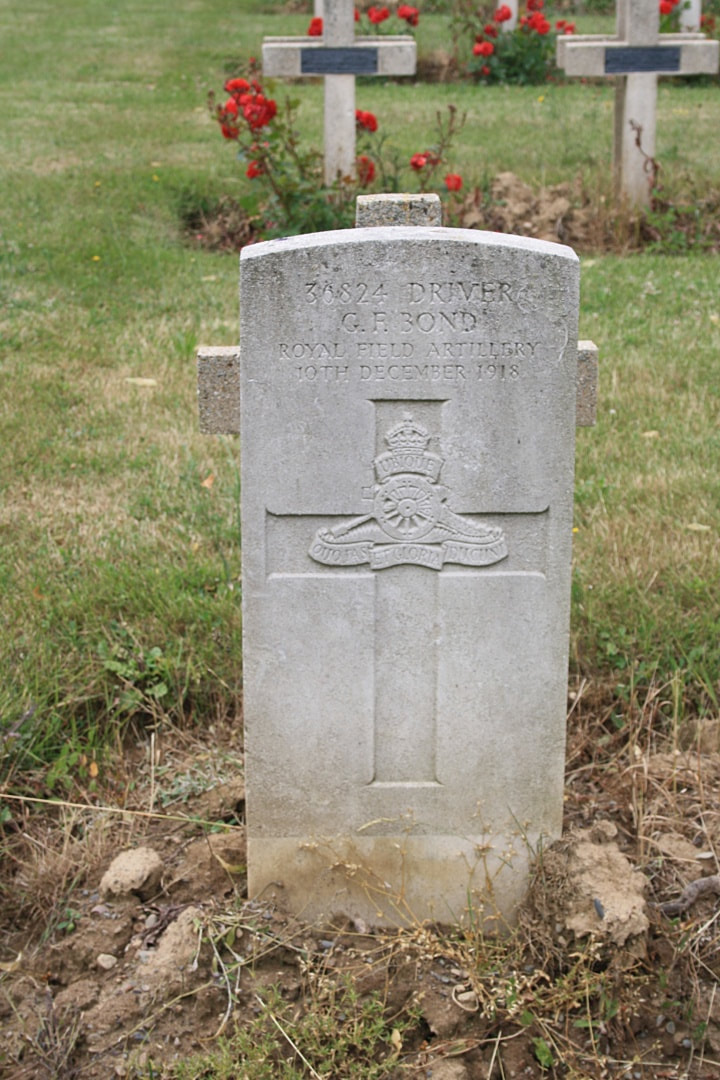 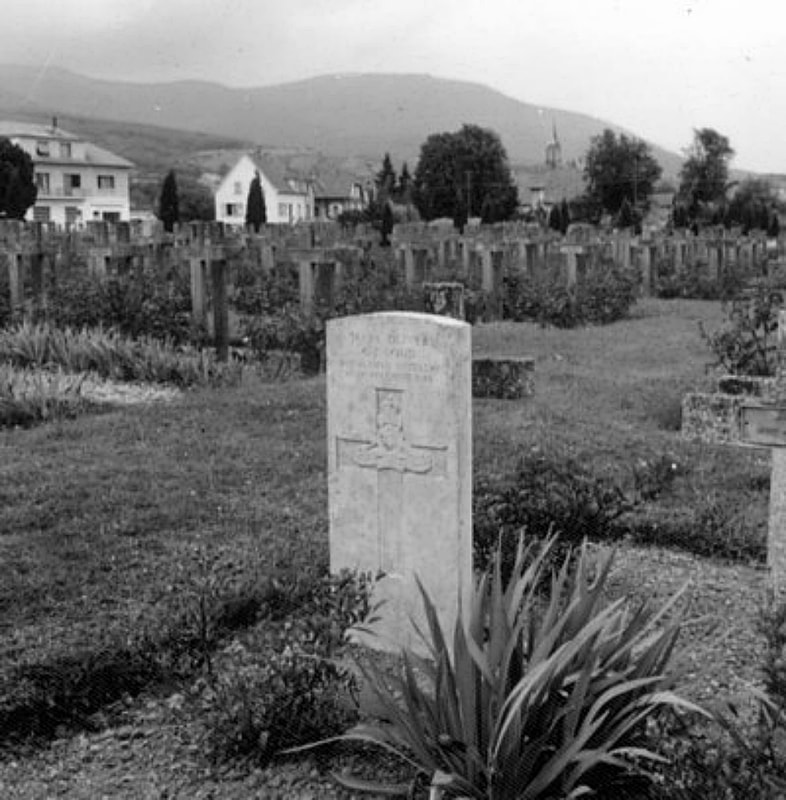