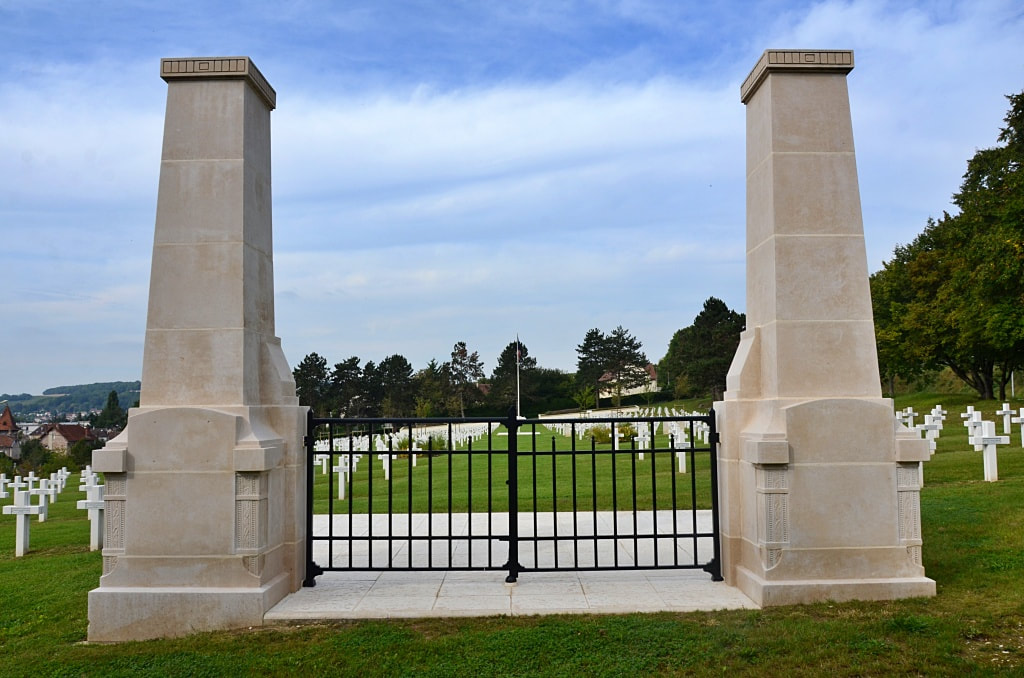 Château-Thierry is a town 40 kilometres south of Soissons. The cemetery is located on the right hand side of the N37 on entering the town from Soissons (named on sign "Cimetiere Militaire de Château-Thierry).

Château-Thierry French National Cemetery contains the graves of more than 2,000 French soldiers and among them are those of nine Commonwealth servicemen (including two unidentified), who died in September 1914 and May 1918, and one British Red Cross man attached to the French Army. Three of these graves were brought in after the Armistice, two from Belleau French Military Cemetery, and one is represented by a special memorial. 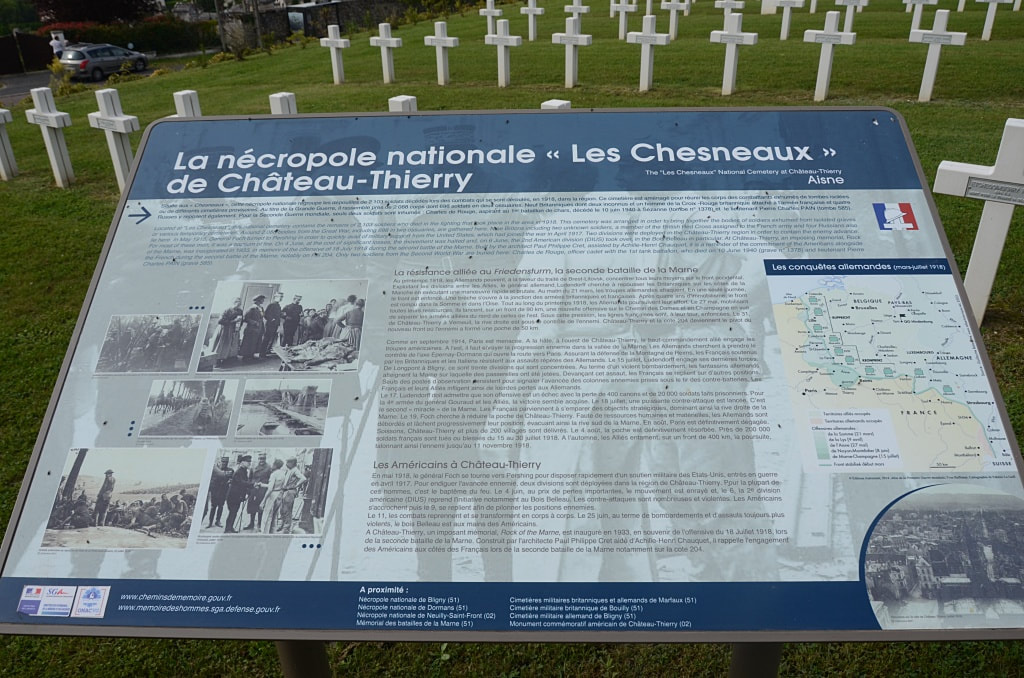 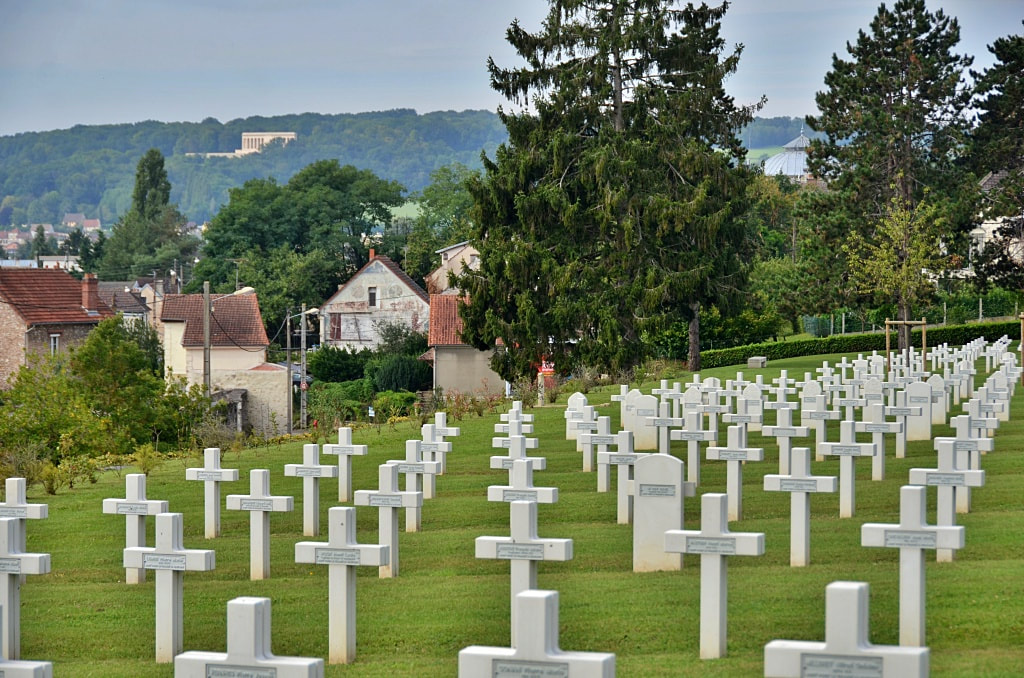 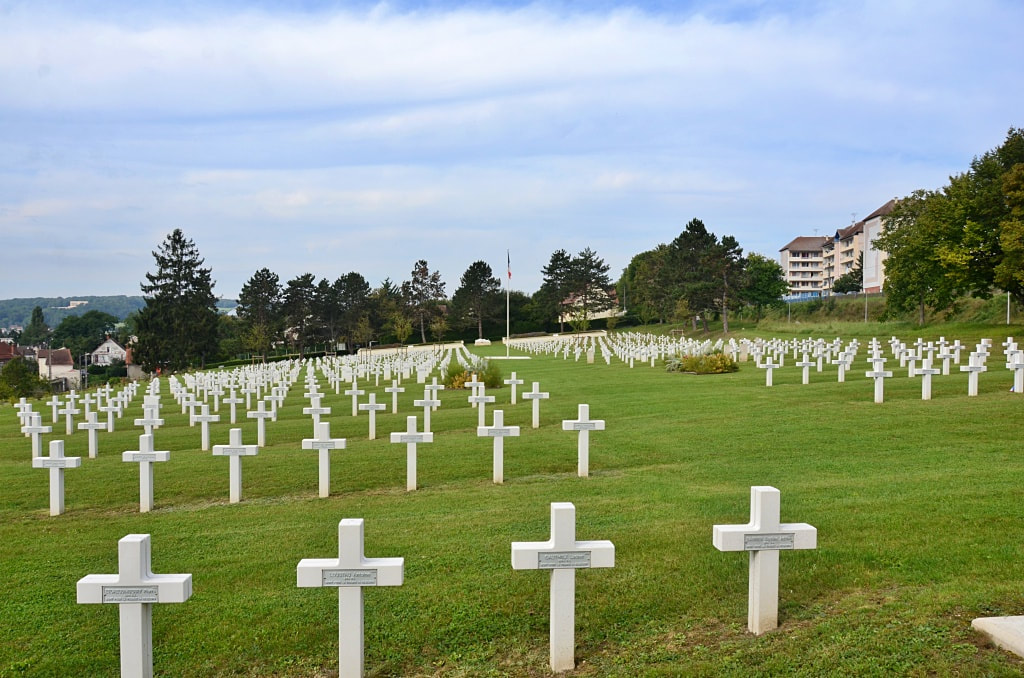 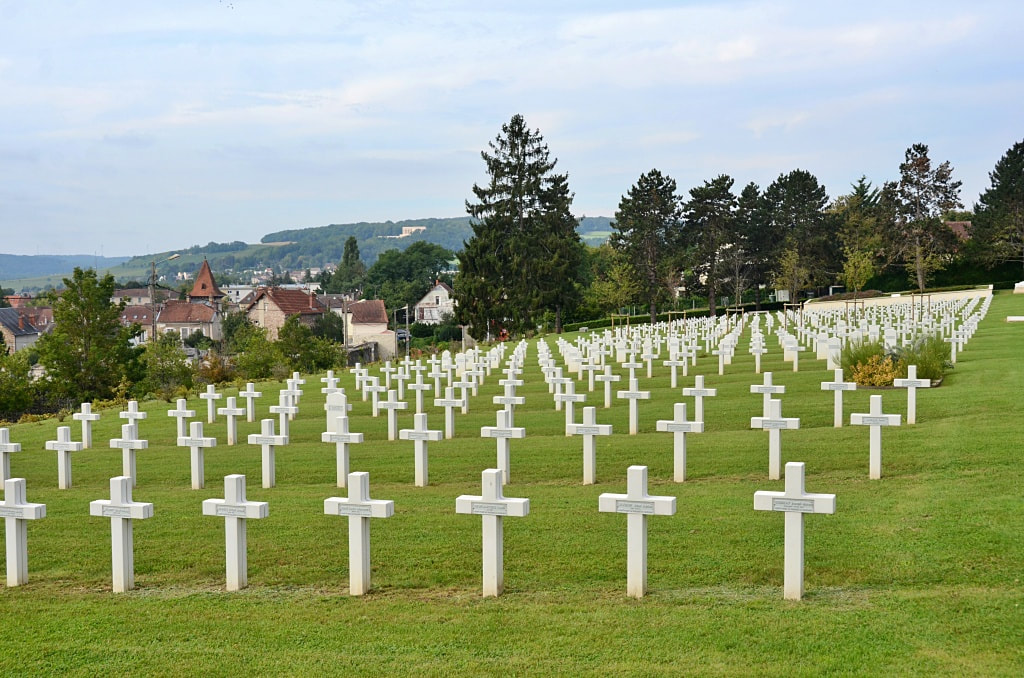 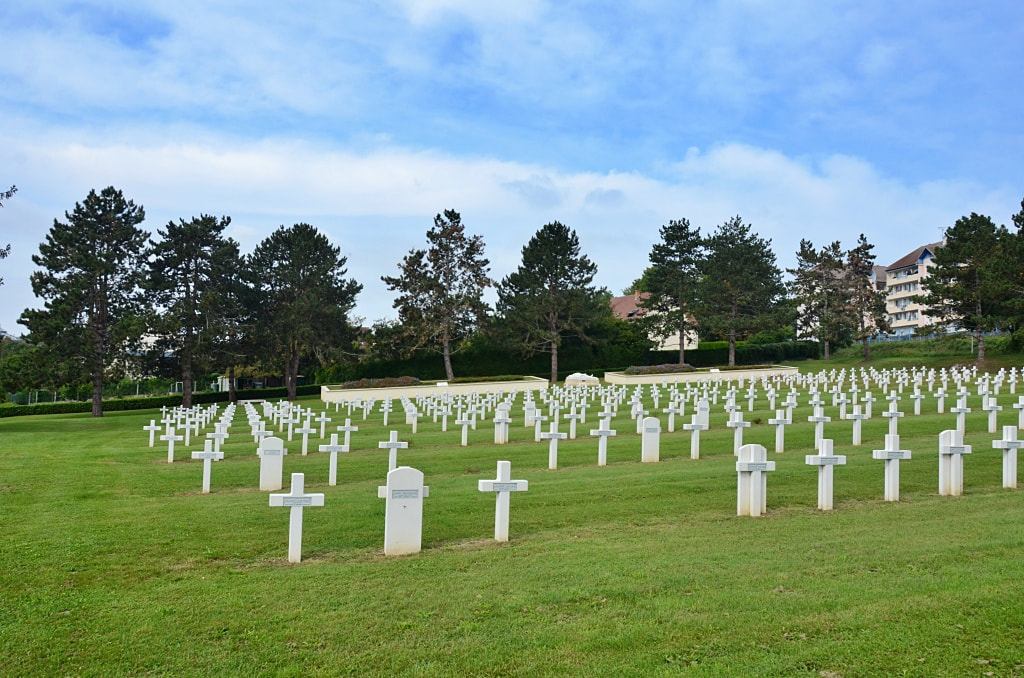 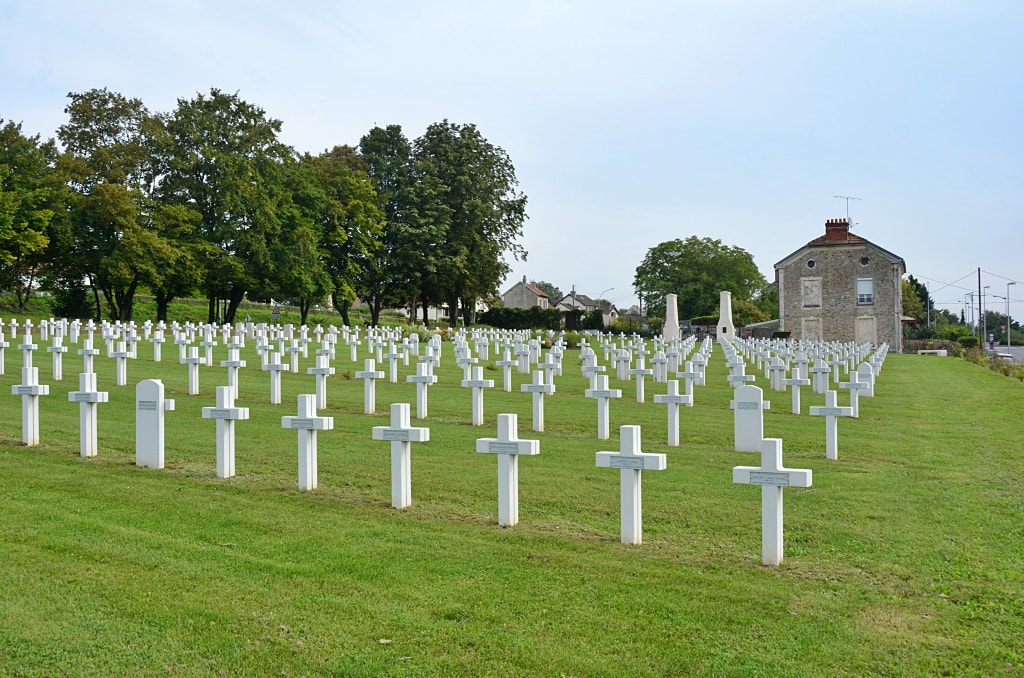 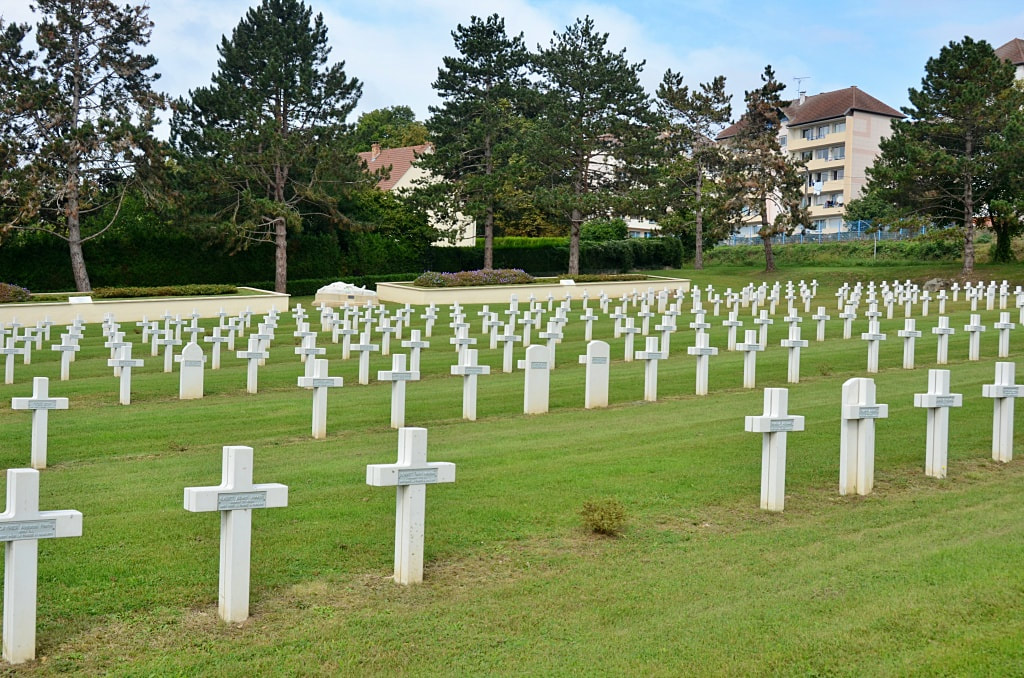 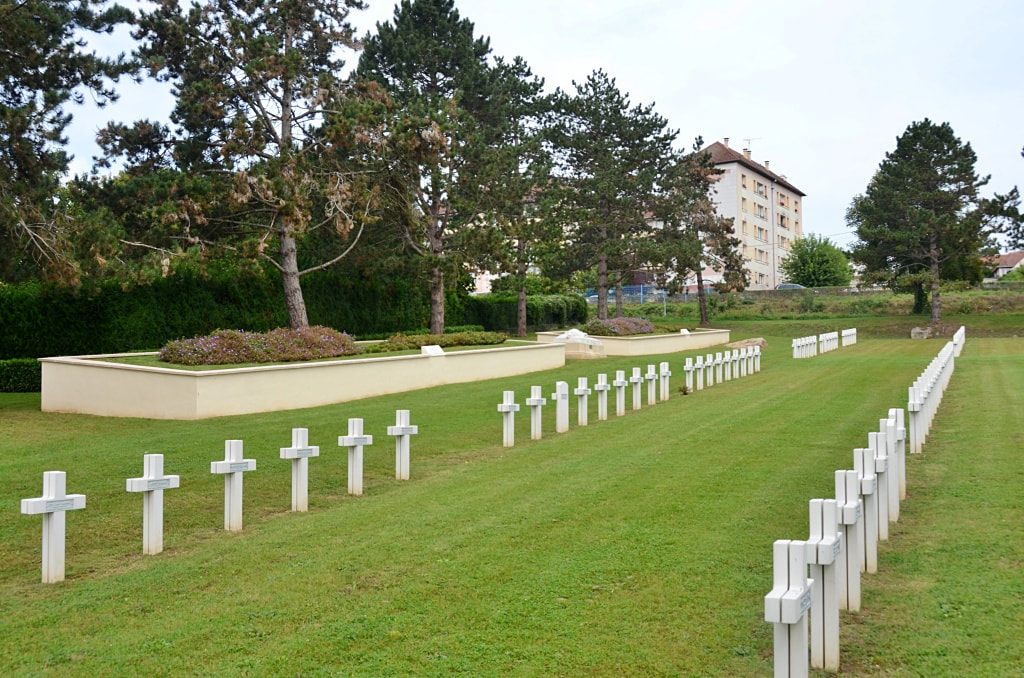 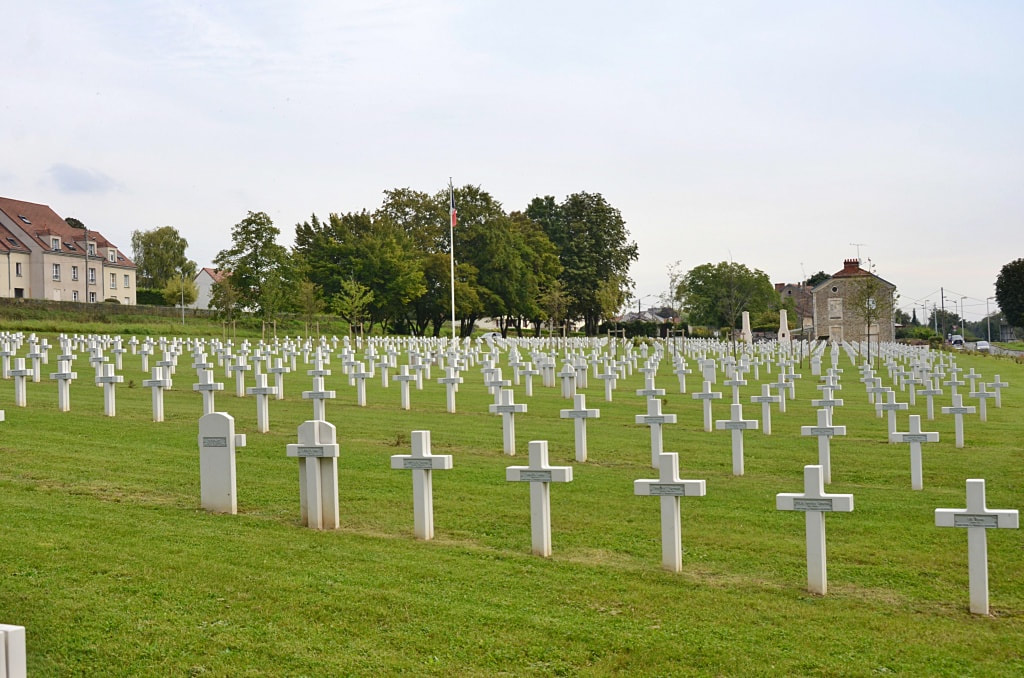 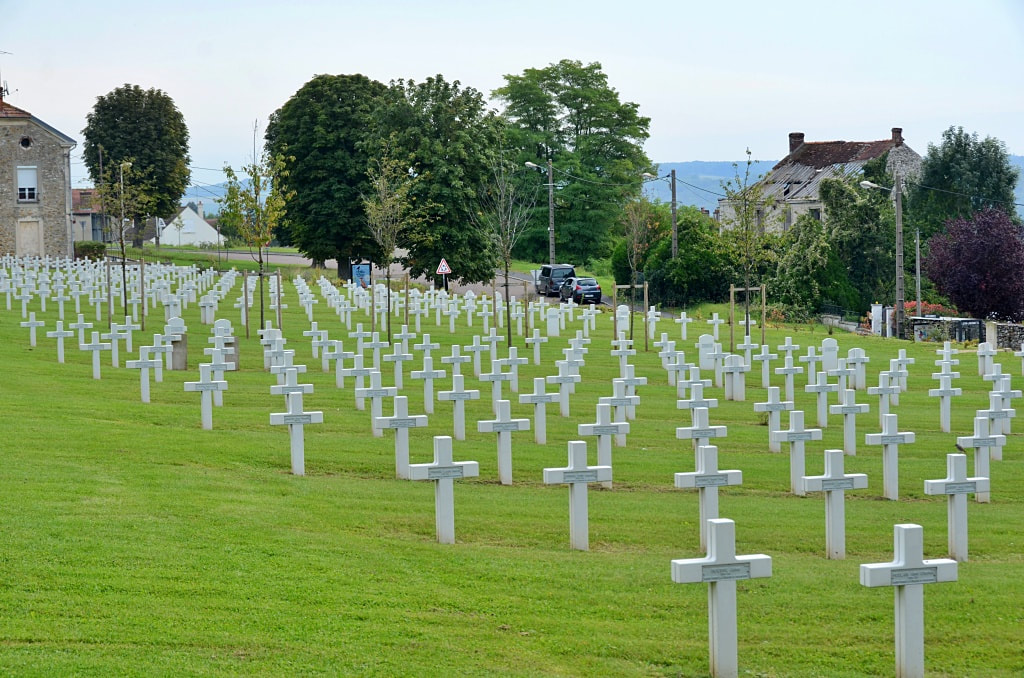 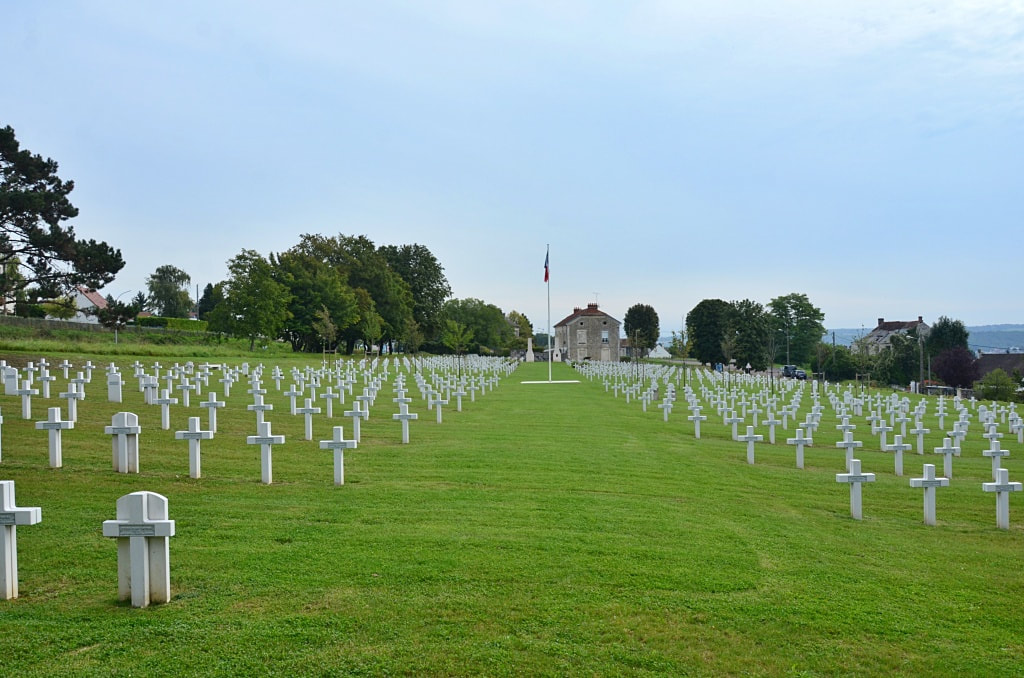 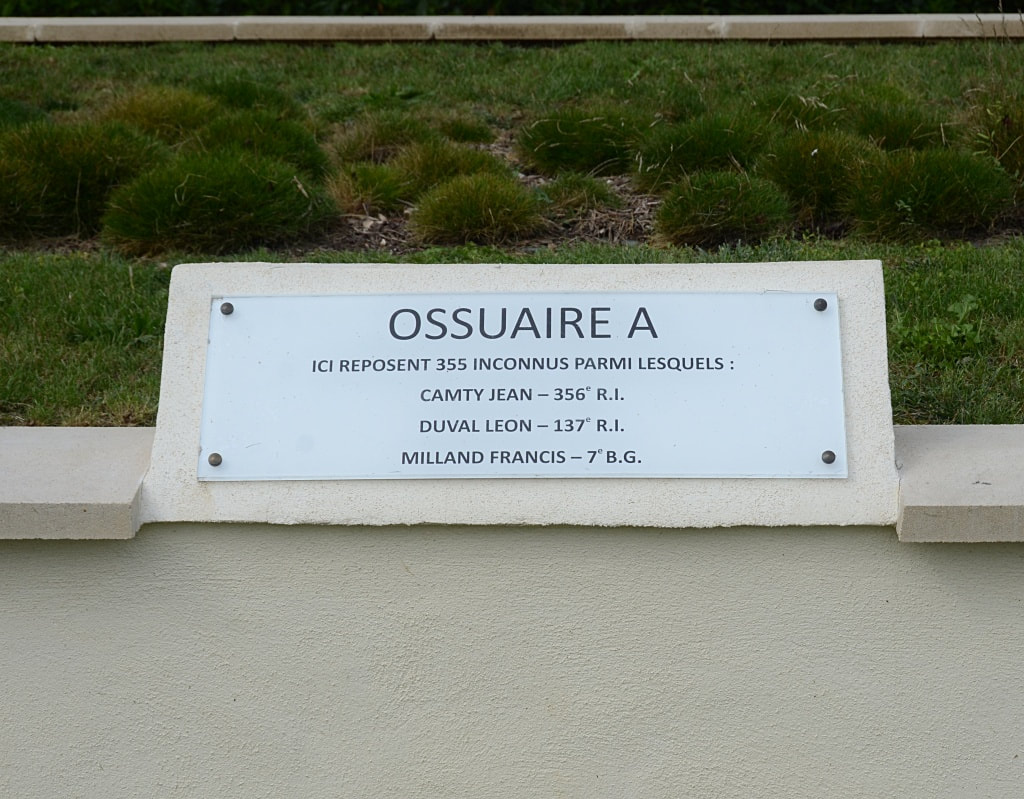 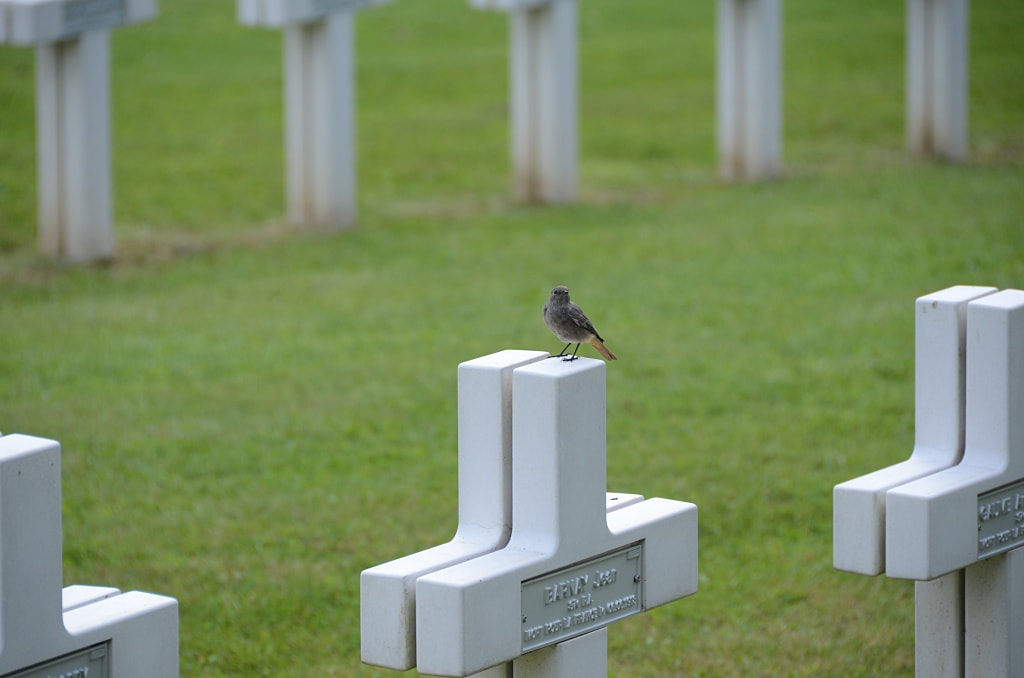 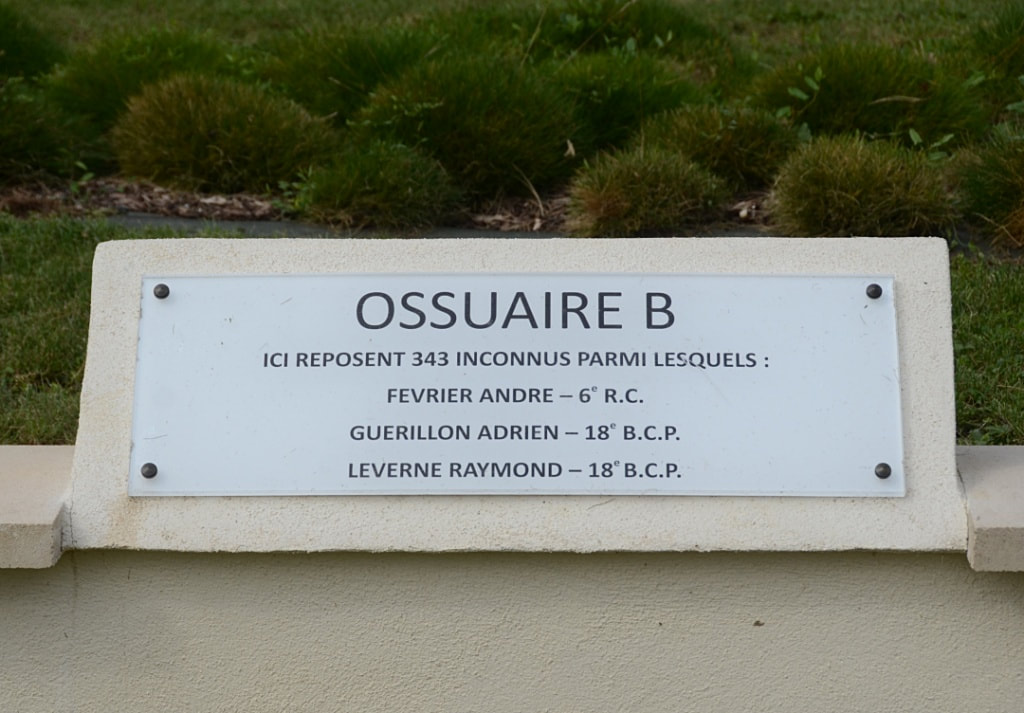 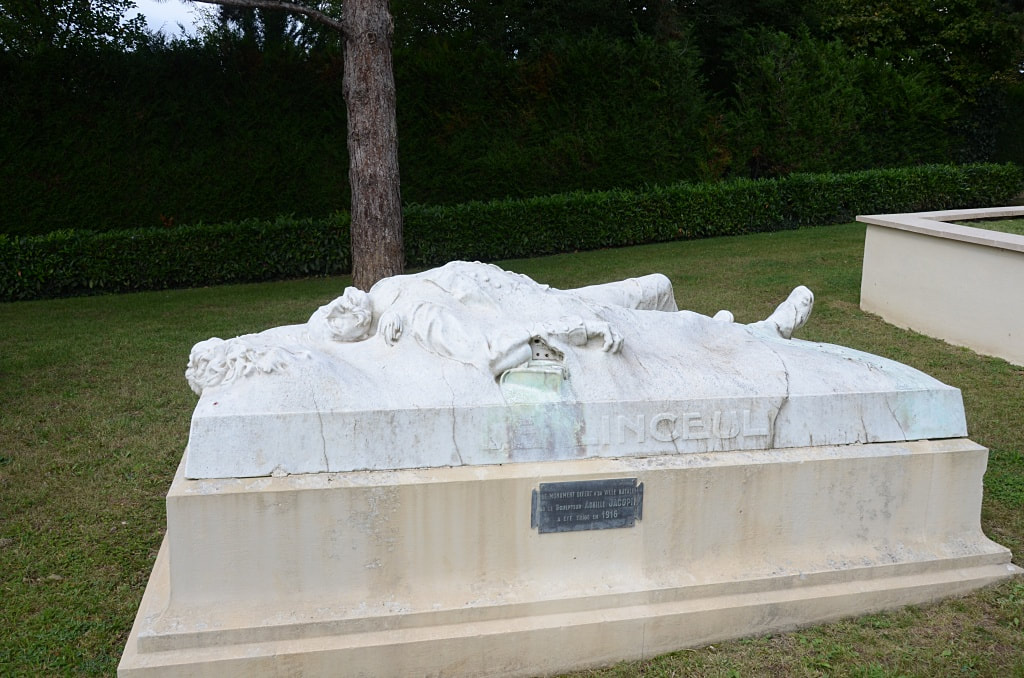 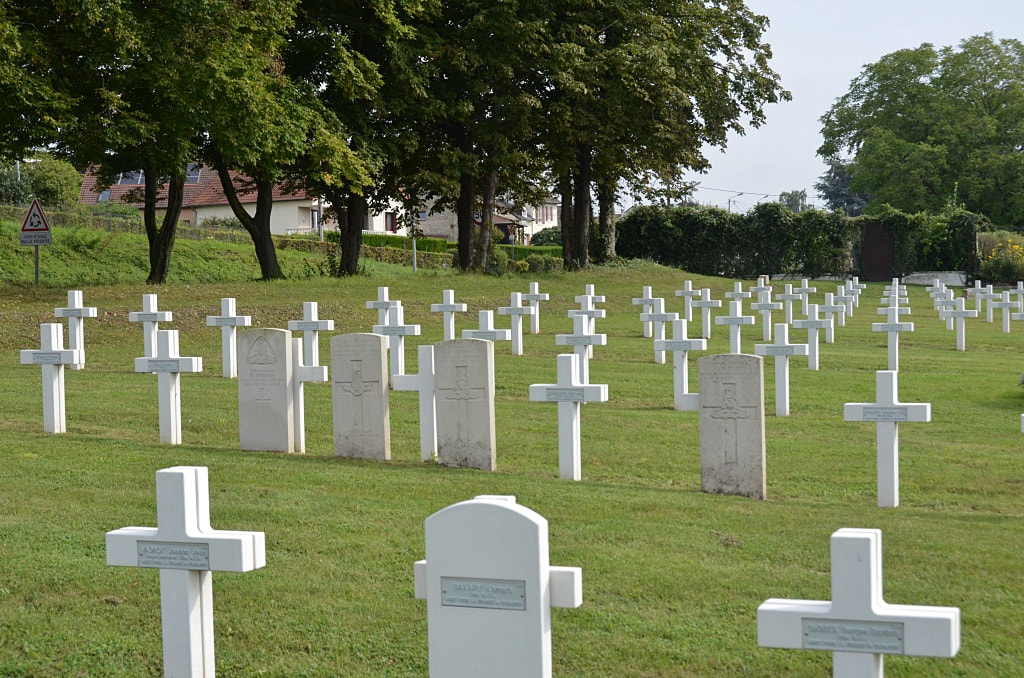 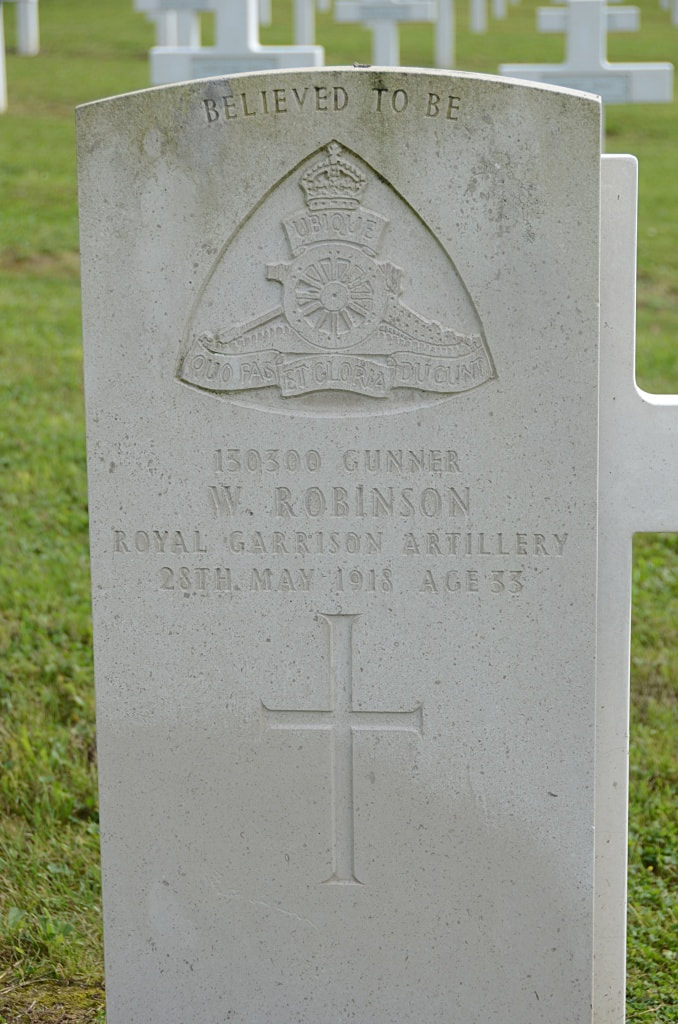 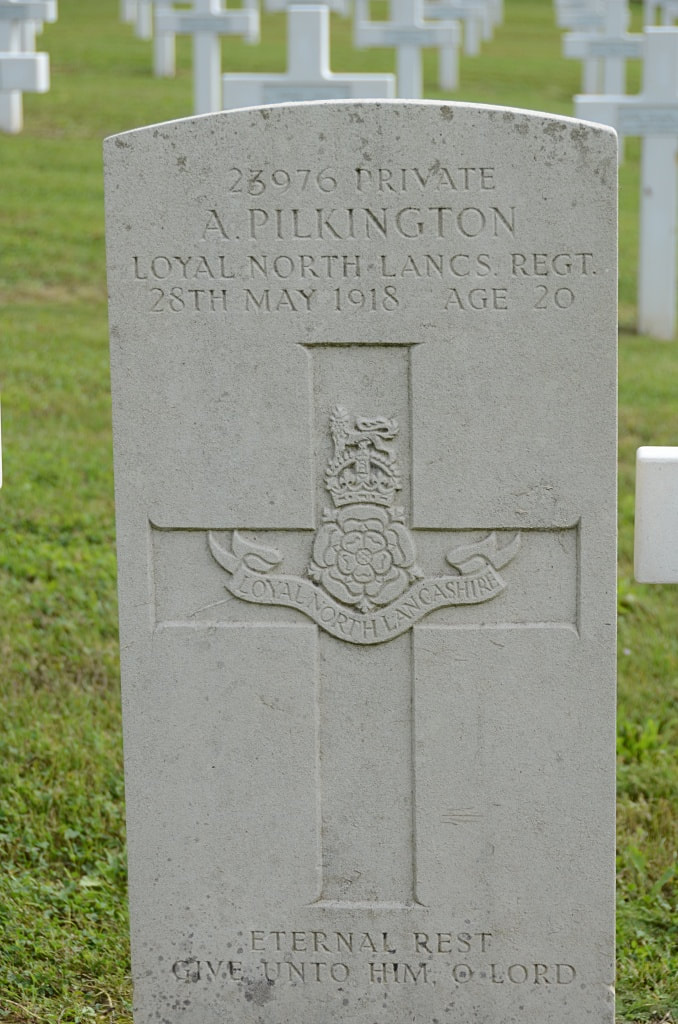 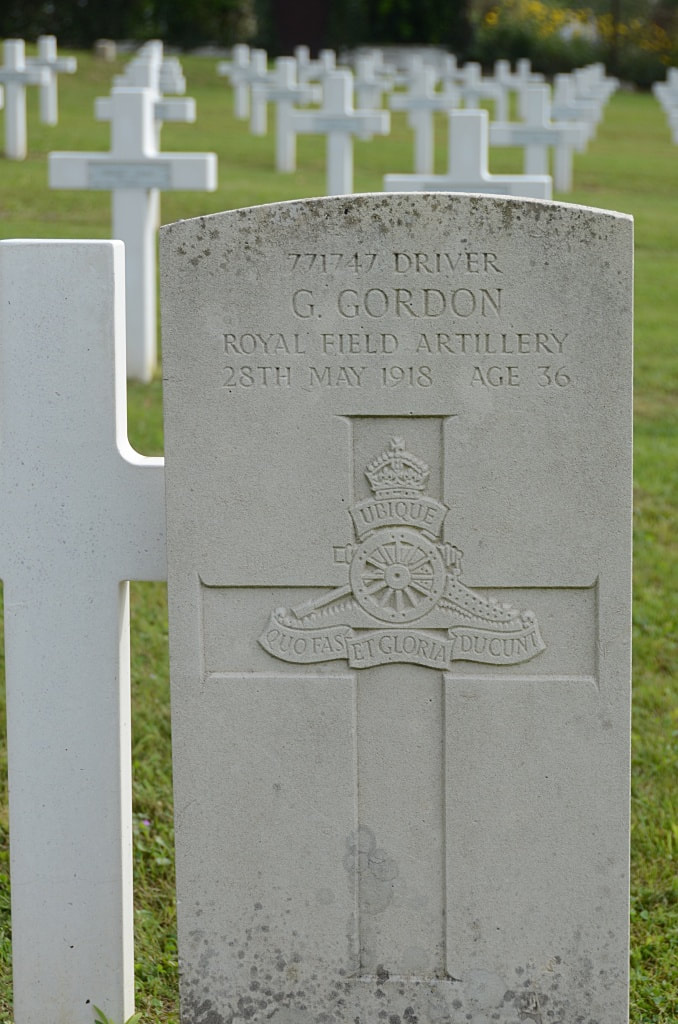 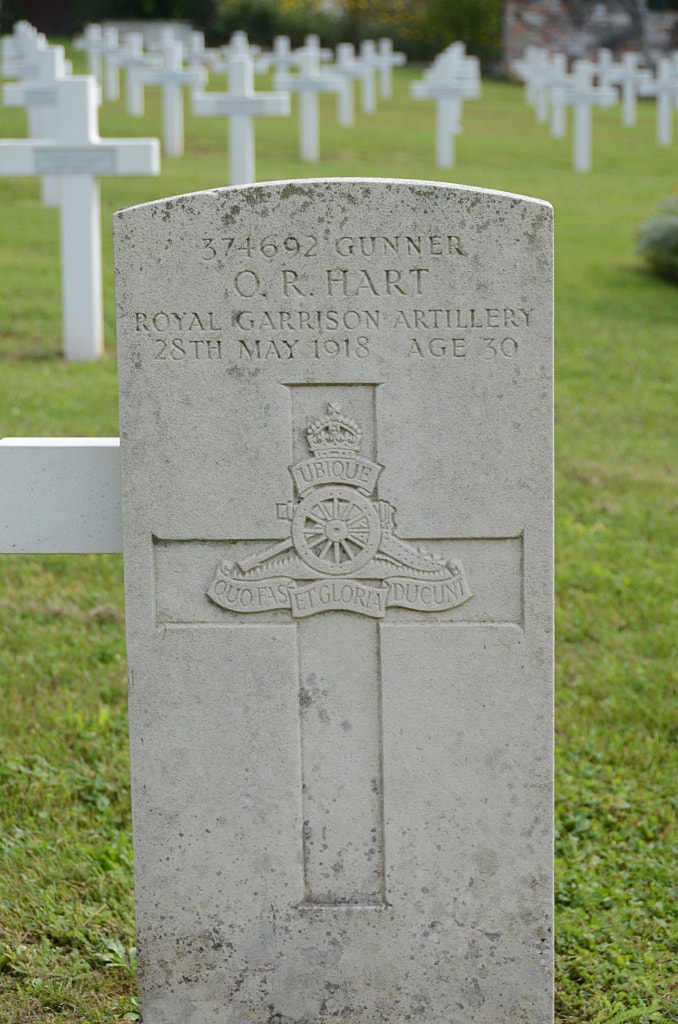 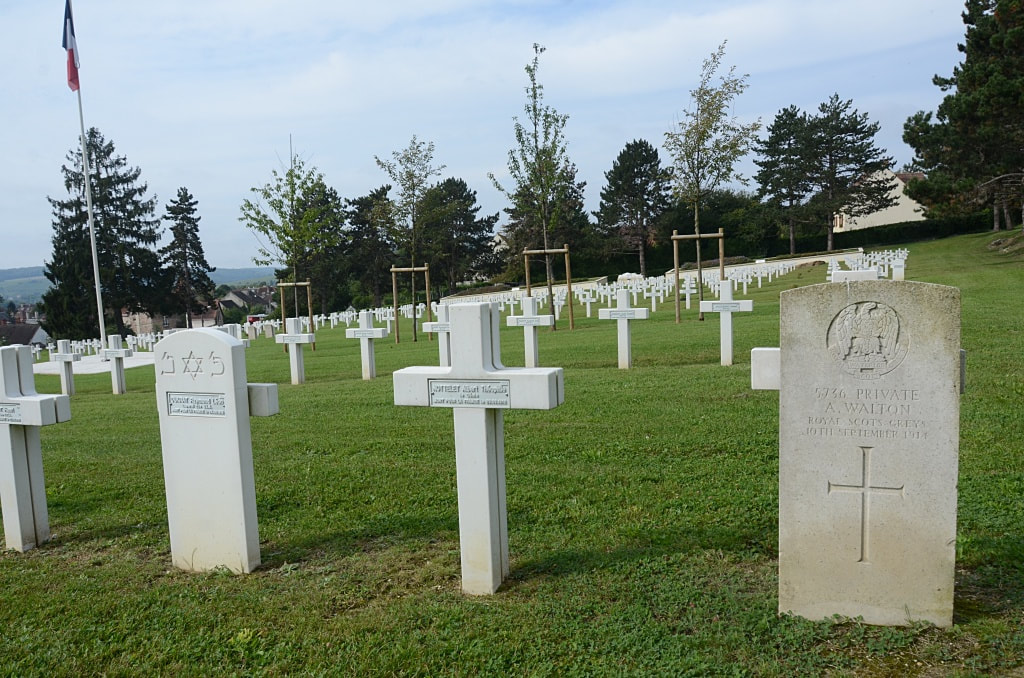 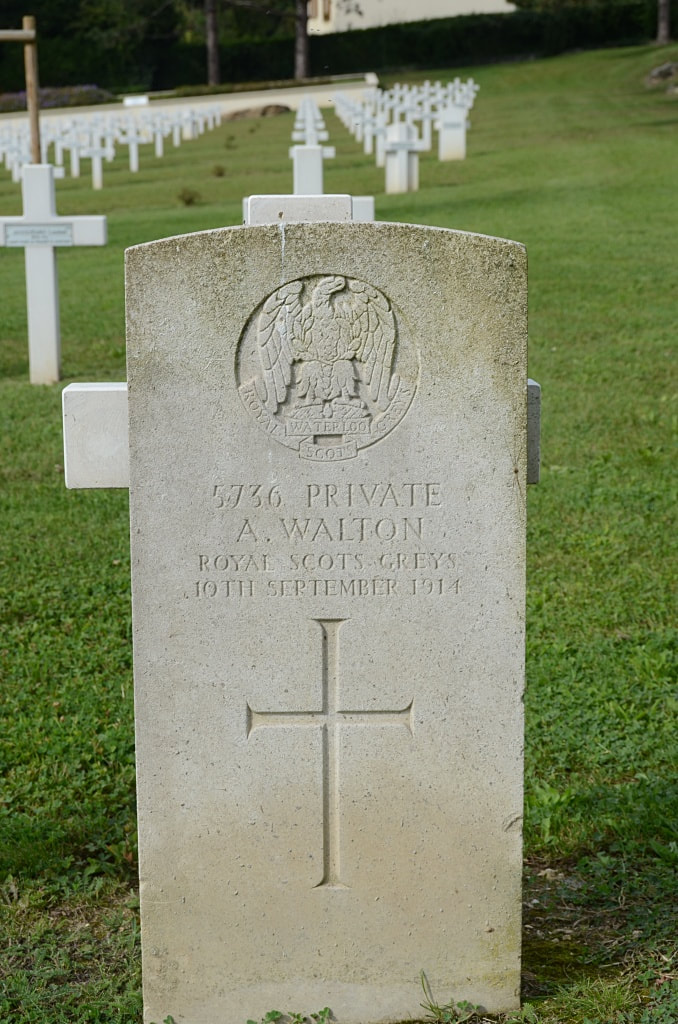 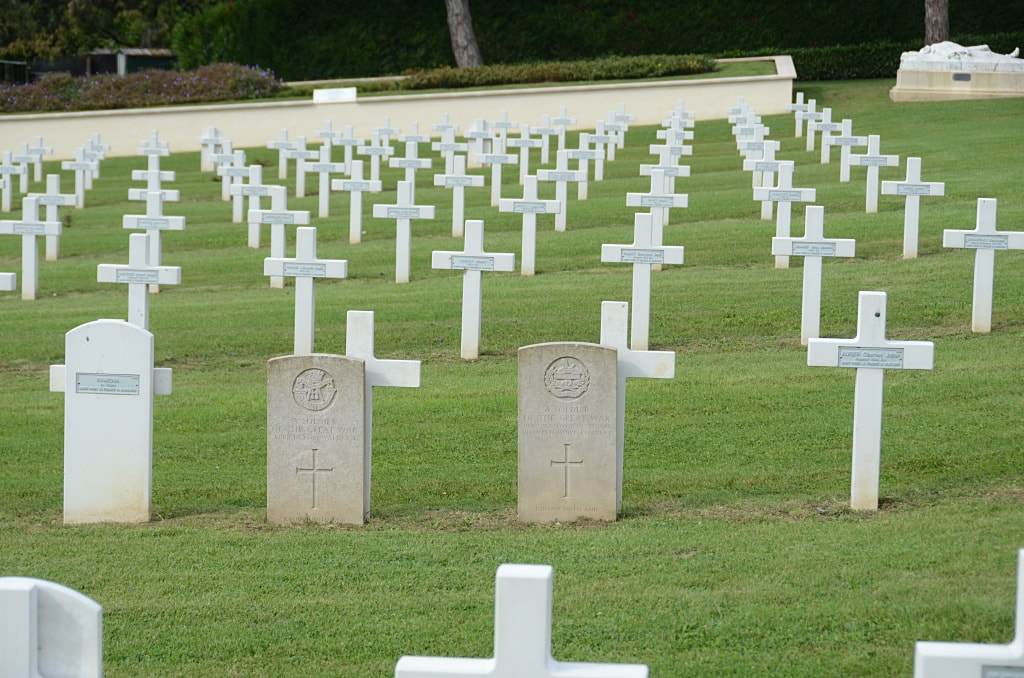 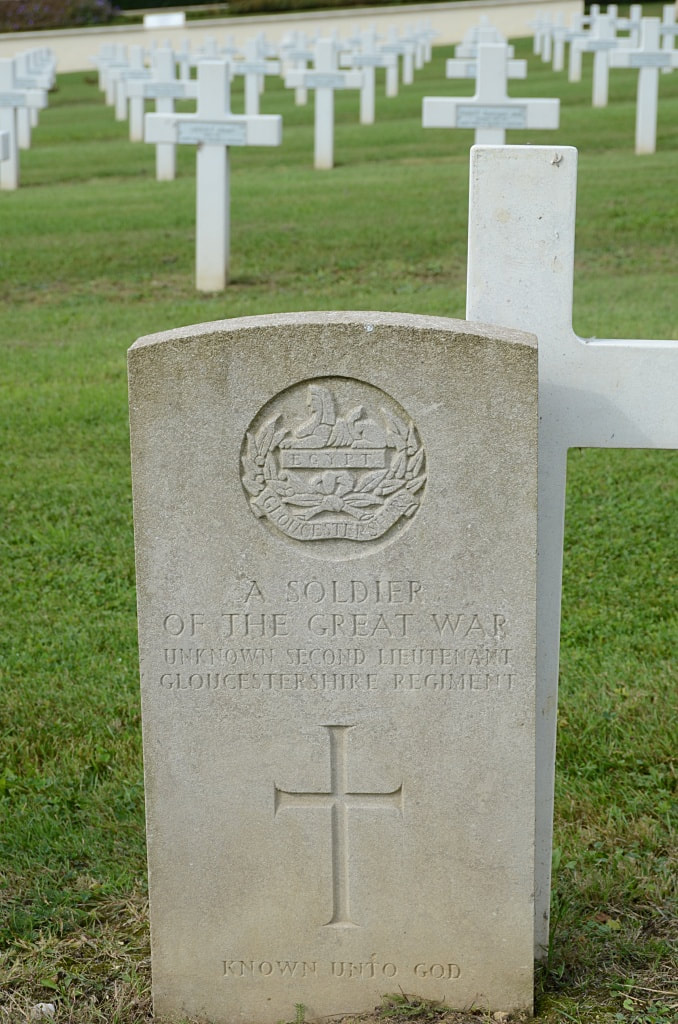 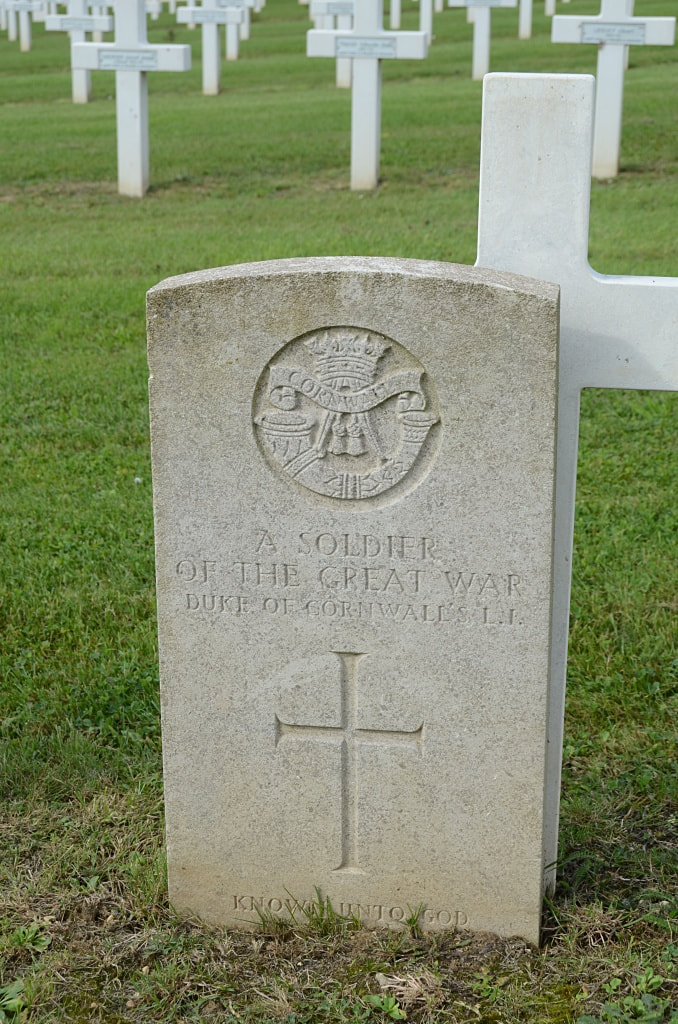 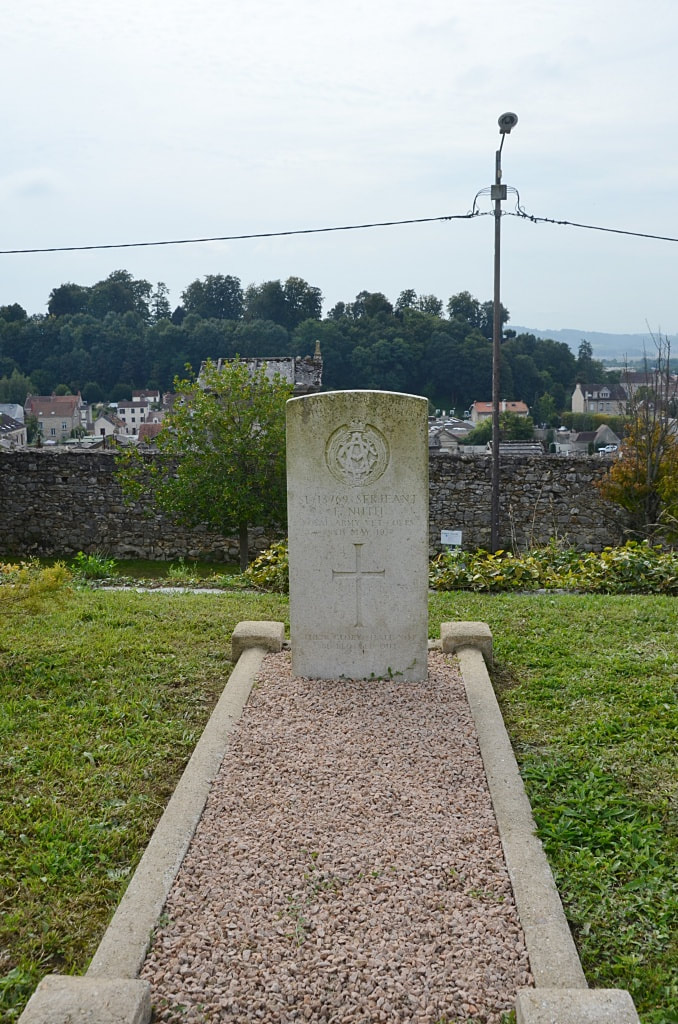 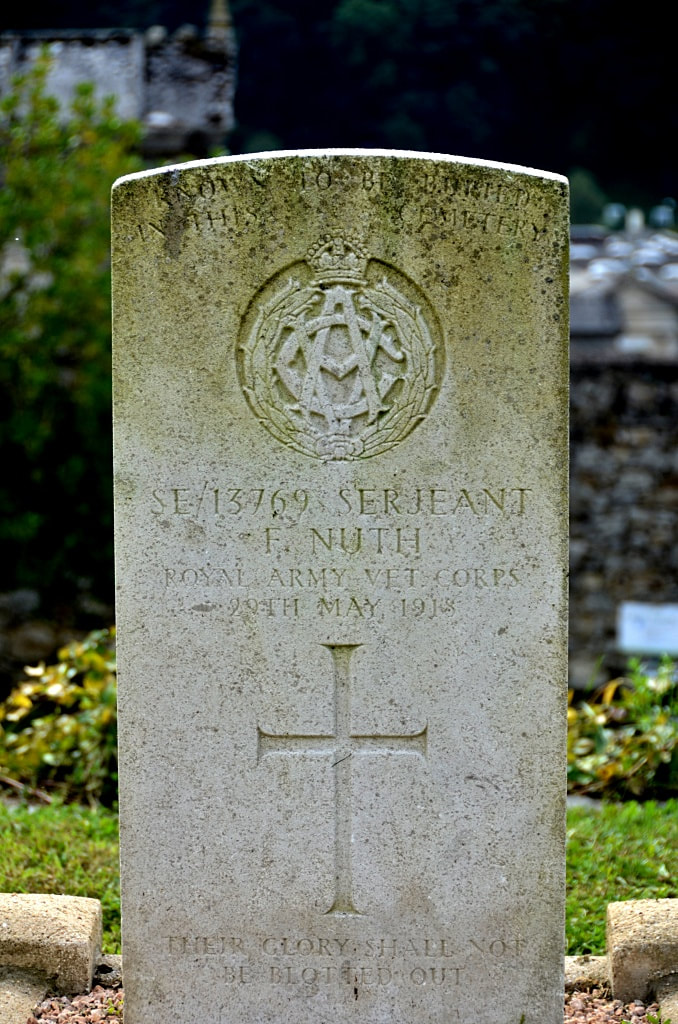 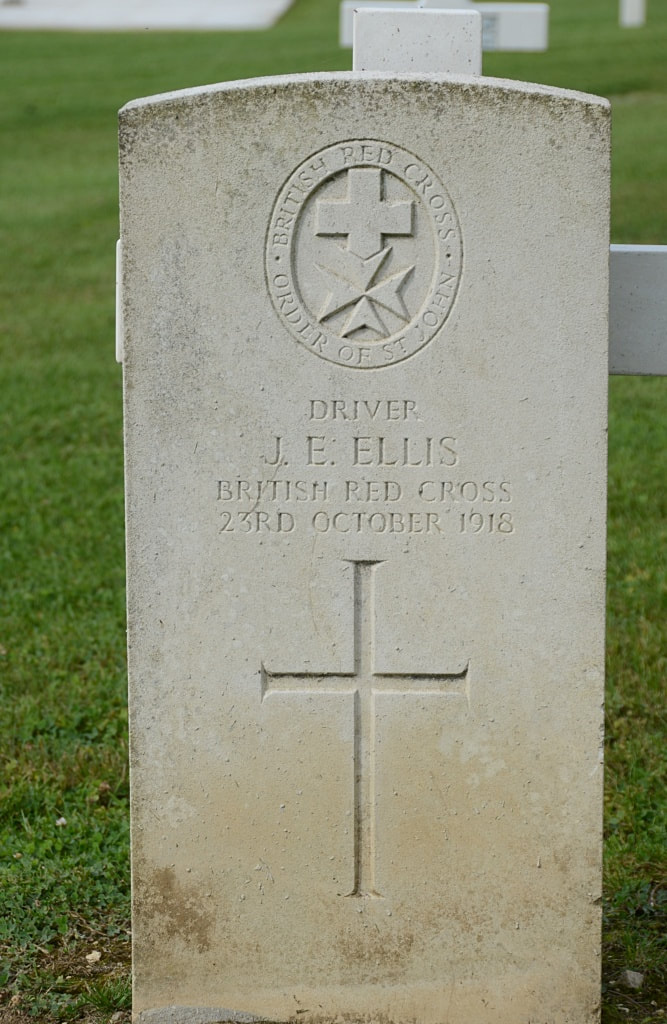 SE/13769 Sergeant Fred Nuth, Army Veterinary Corps, died 29th May 1918. Special Memorial. His headstone bears the inscription "Their Glory Shall Not Be Blotted Out"