Chester Farm Cemetery is located 5 kilometres south of Ieper town centre, on the Vaartstraat, a road leading from the Rijselseweg (N365) connecting Ieper to Armentieres.

From Ieper town centre the Rijselseweg is located via the Rijselsestraat, through the Rijselpoort (Lille Gate) and by crossing the Ieper ring road, towards Armentieres and Lille. The road name then changes to Rijselseweg. 3 kilometres along the Rijselseweg lies the left hand turning onto the Vaartstraat.

The cemetery is located 1.5 km along the Vaartstraat on the left hand side of the road.

Wheelchair access to cemetery is possible via the main entrance.

Chester Farm was the name given to a farm about 1 Km South of Blauwepoort Farm, on the road from Zillebeke to Voormezeele. The cemetery was begun in March 1915 and was used by front line troops until November 1917. Plot I contains the graves of 92 officers and men of the 2nd Manchesters, who died in April-July 1915 and there are 72 London Regiment burials elsewhere in the Cemetery.

There are 420 Commonwealth servicemen buried or commemorated in this cemetery. Eight of the burials are unidentified, but special memorials commemorate six casualties known or believed to be buried among them. 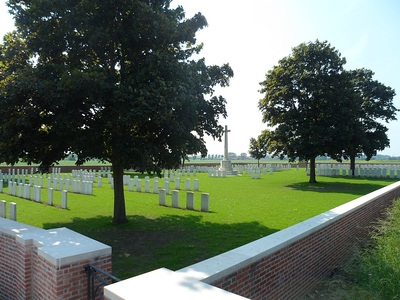 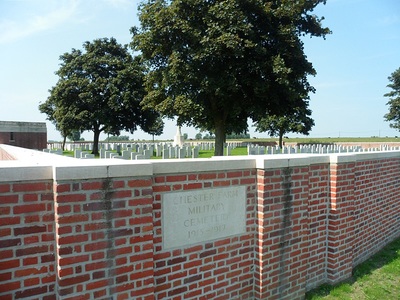 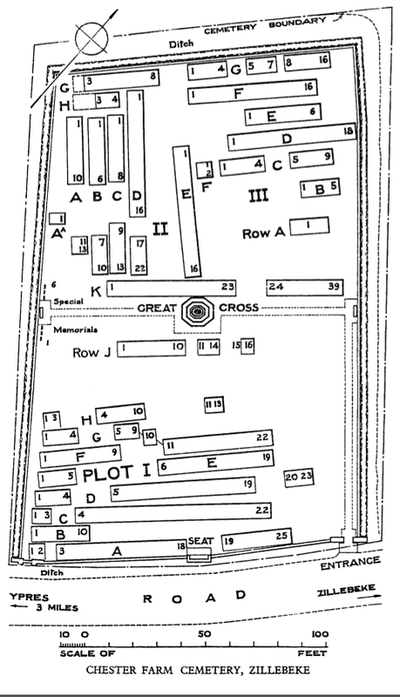 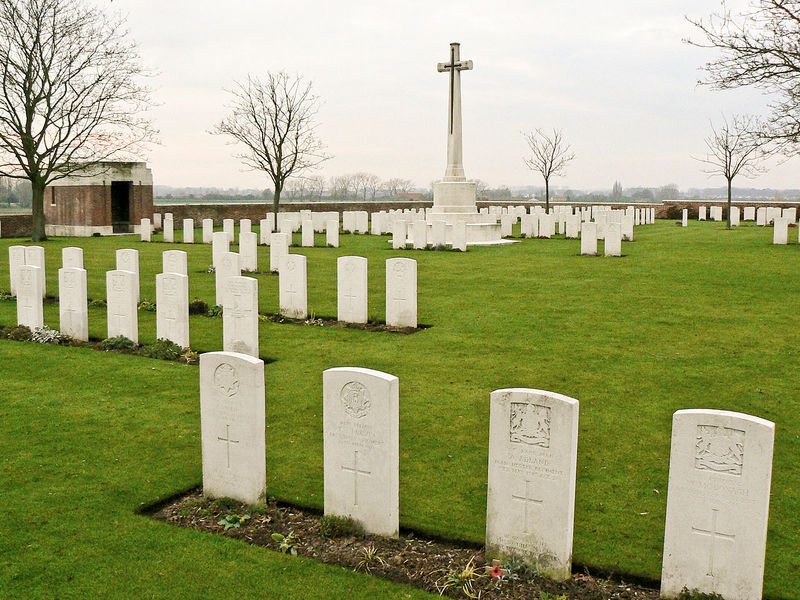 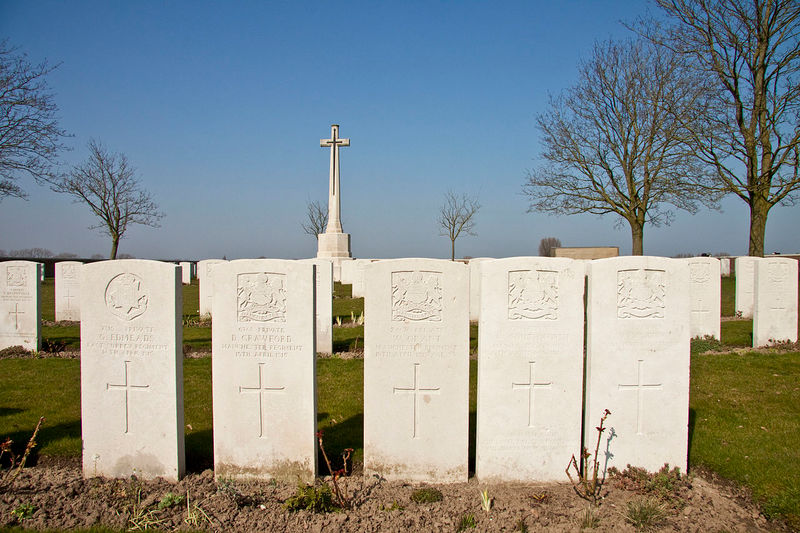 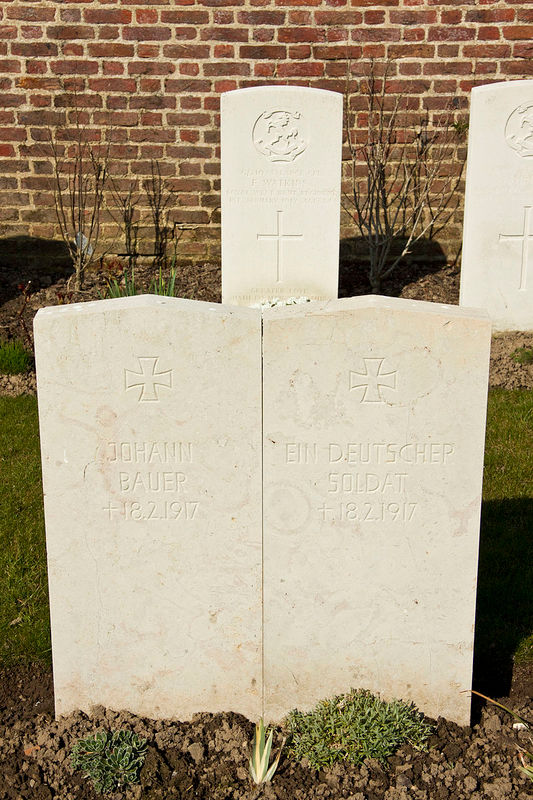 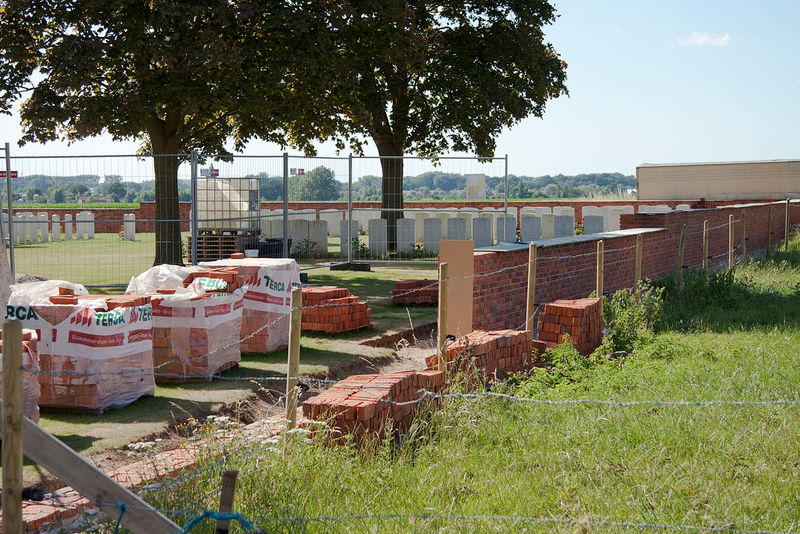 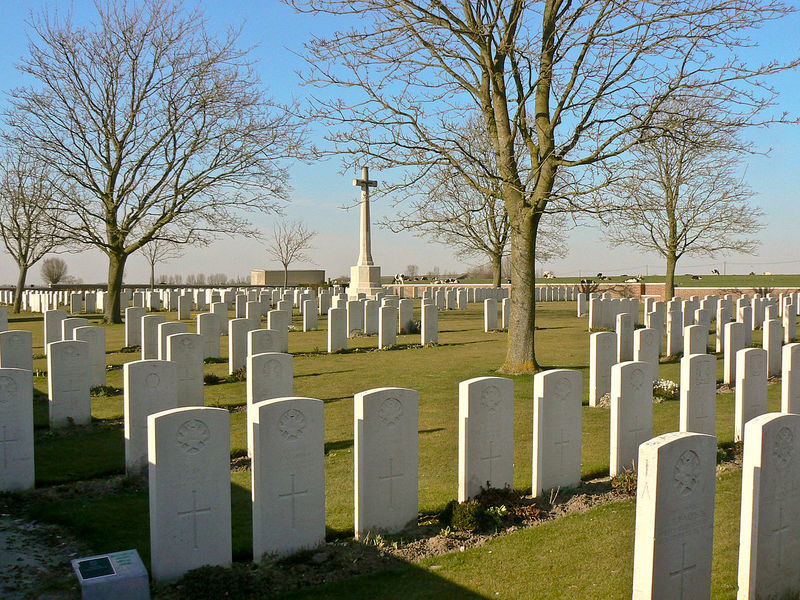 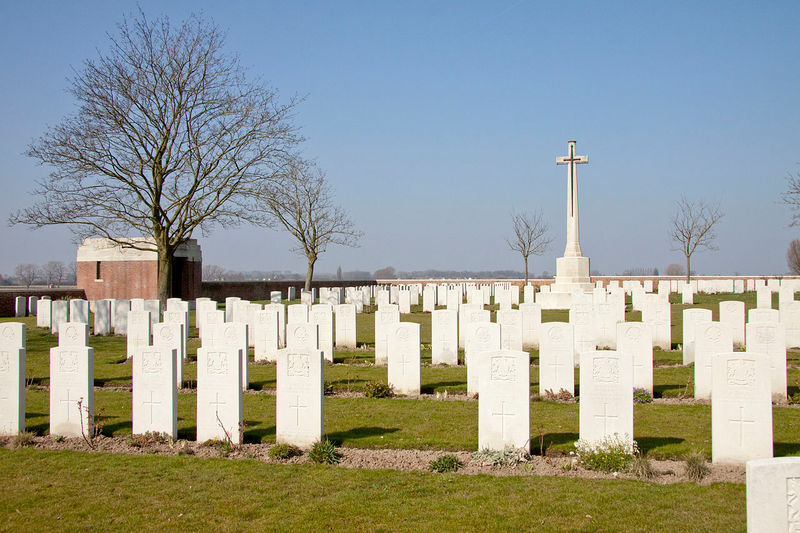 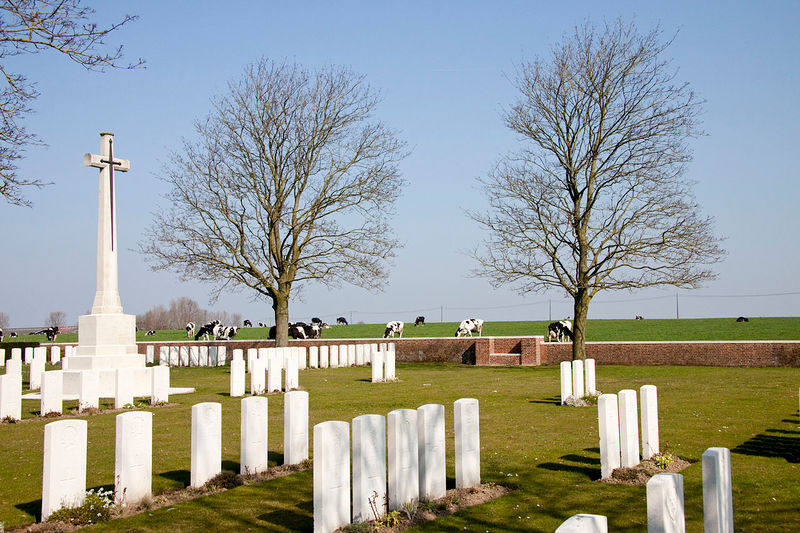 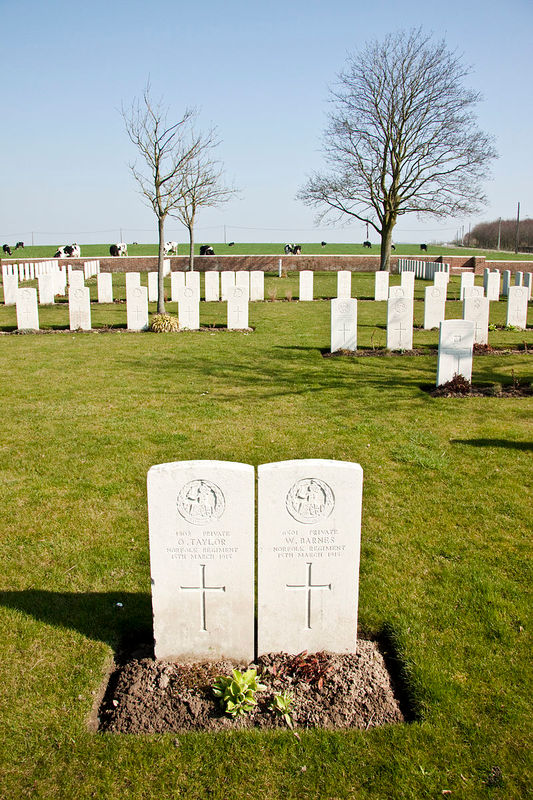 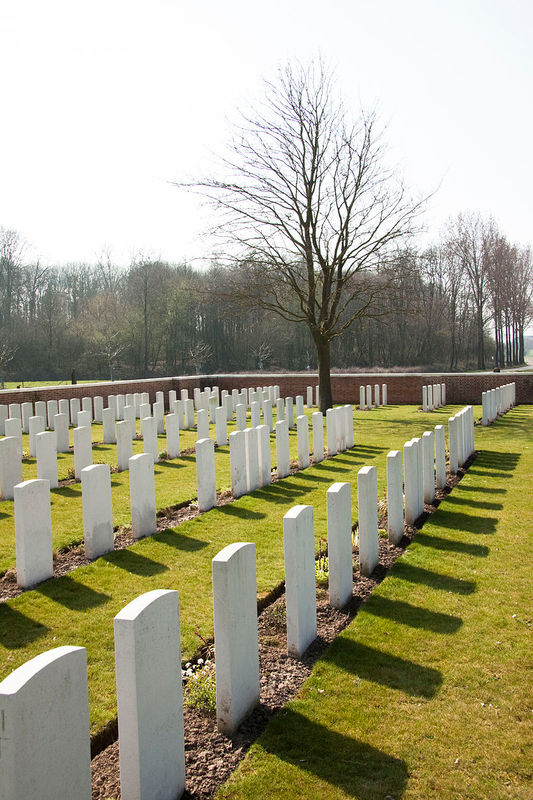 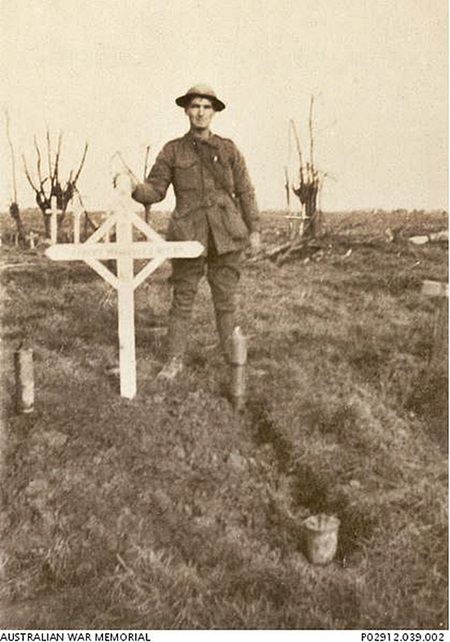 Pte Aarons was born at Orange, NSW, enlisted in Perth, WA, on 10 July 1916 with the 51st Battalion and embarked from Fremantle aboard HMAT Argyllshire on 9 November 1916.

On 5 May 1917 he transferred to the 16th Battalion in which his younger brother 2nd Lieutenant (later Captain, MC and Bar) Daniel Sidney Aarons served.

​He was killed in action in Belgium on 4 October 1916, aged 27 years and buried at Trois Arbres Cemetery 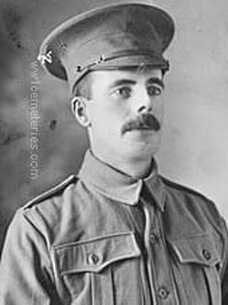 3349 Corporal S. J. Austwaite was with John Duggan when he was killed:

"We were on fatigue, working building support line trenches at Estmare trench near Spoilbank. I was in the next bay to him when he was killed outright by a piece of shell. Hit in the head, I saw him lying in the trench. He was not taken out by us. The Pioneers were to go up and bury him and any others who had been killed." 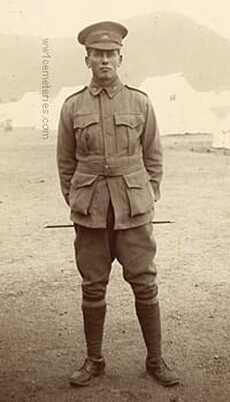 A farmer before enlisting in January 1916, Pte Geale left Australia for France with the 16th Reinforcements of the 12th Battalion in March 1916. Transferred to the 52nd Battalion in May 1916, he was with the battalion for less than two months before he was killed at Spoil Bank near St Eloi in Belgium on 15 October 1916, age 31. 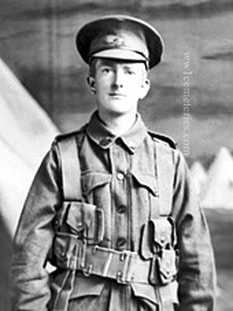 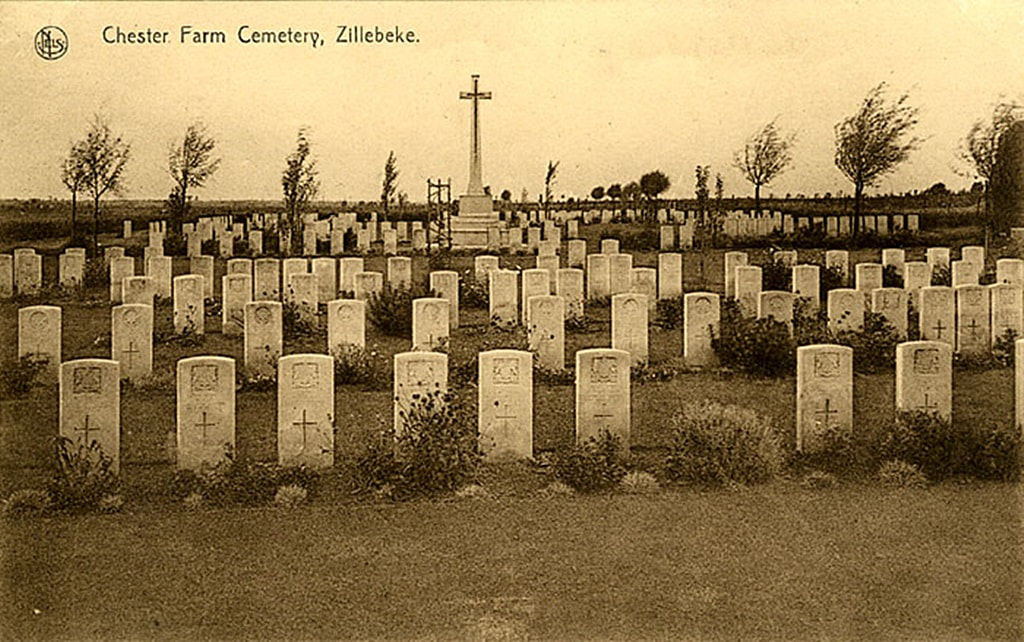 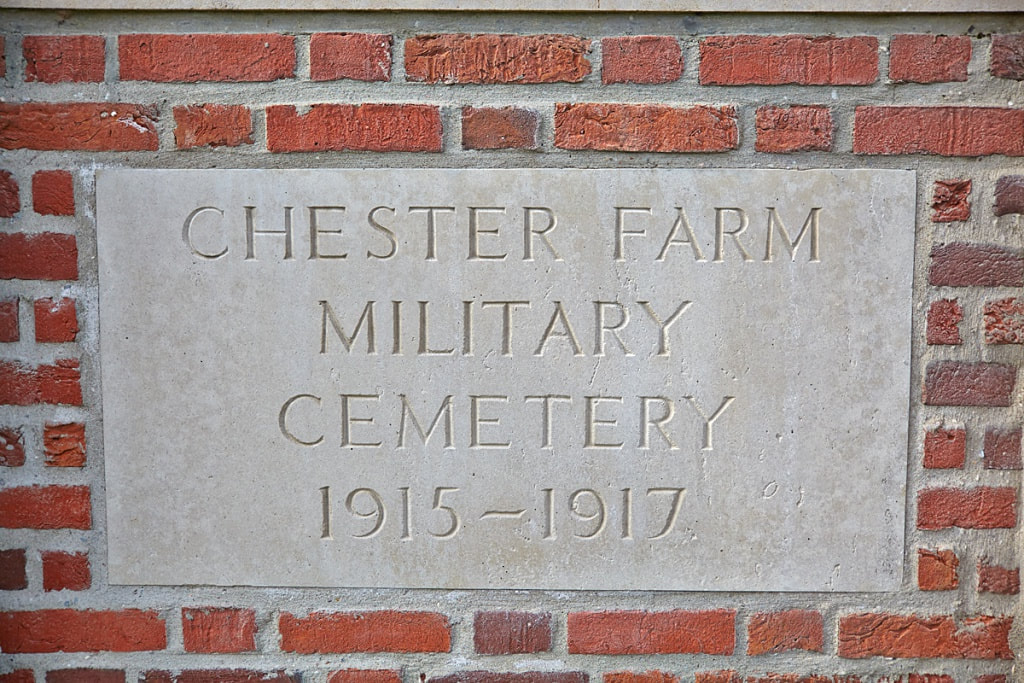 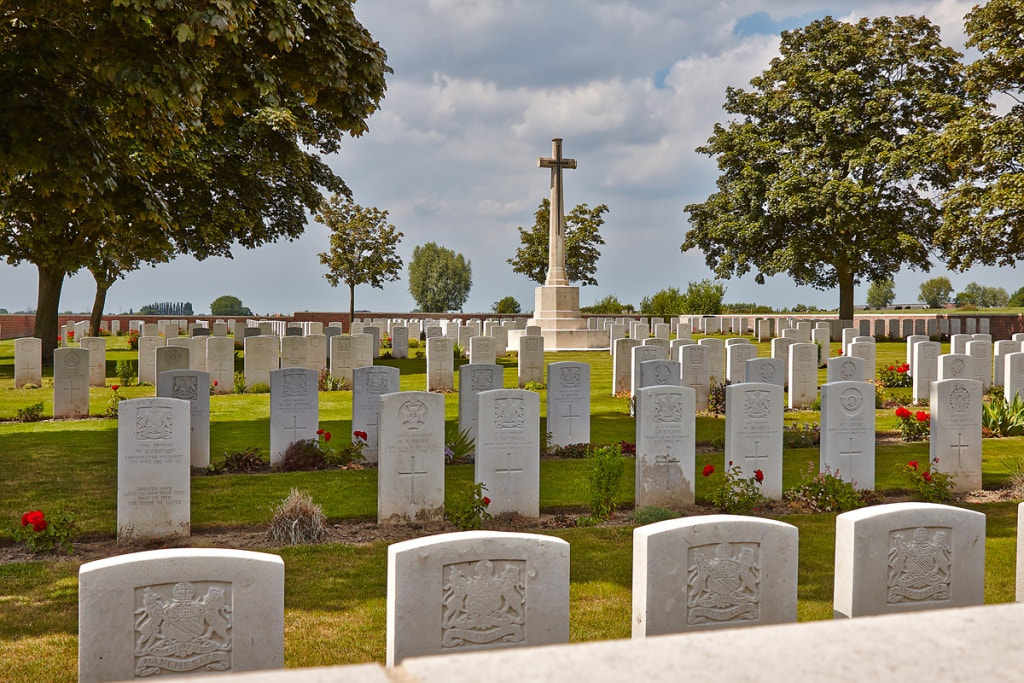 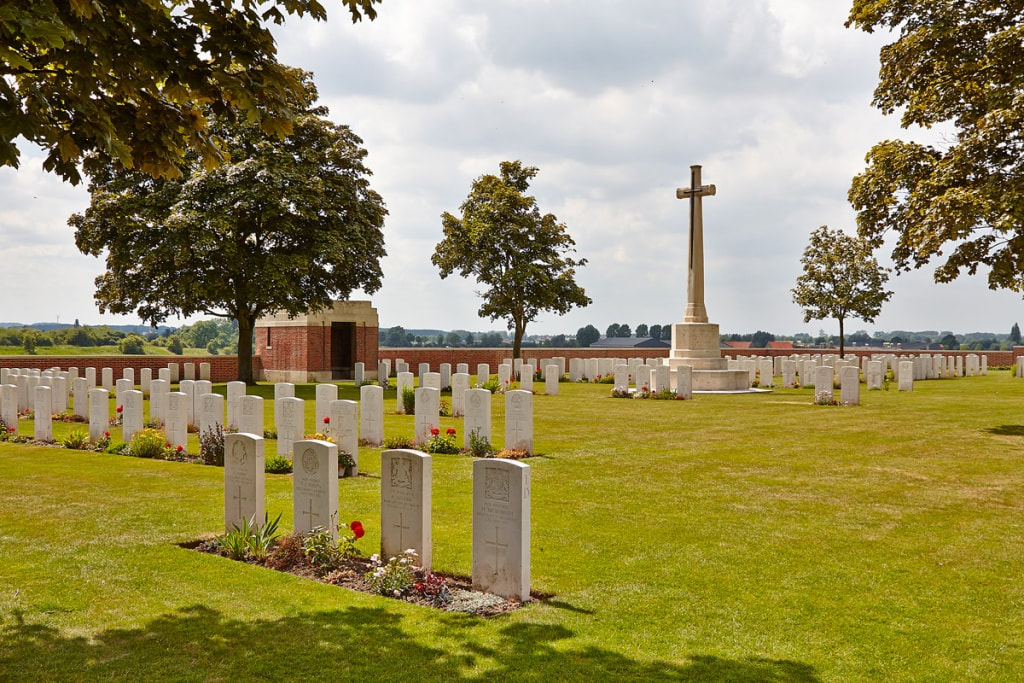 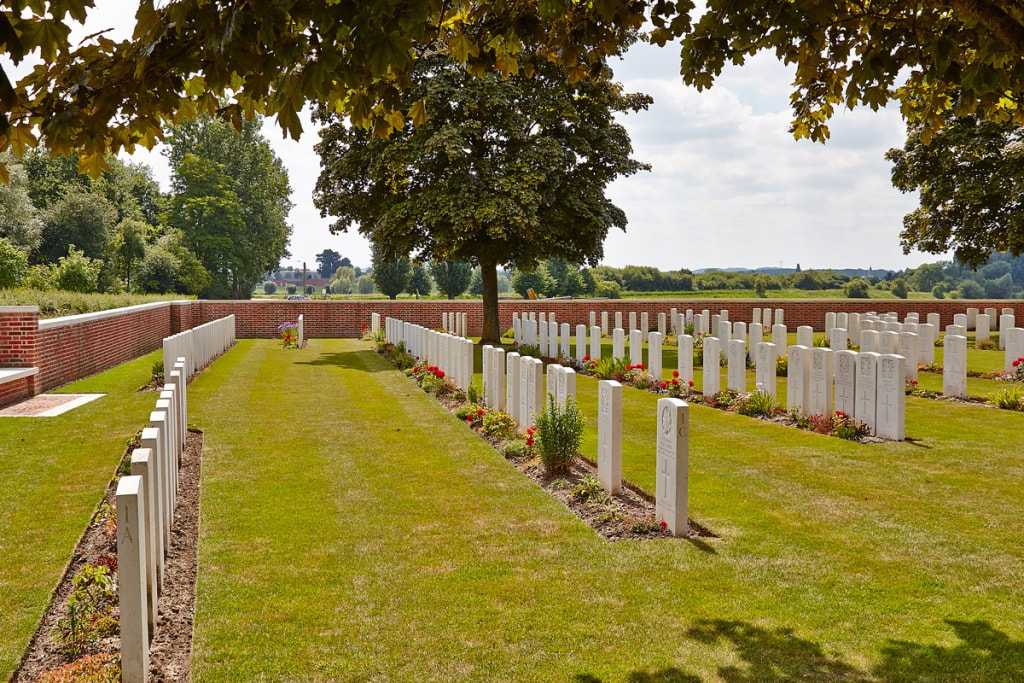 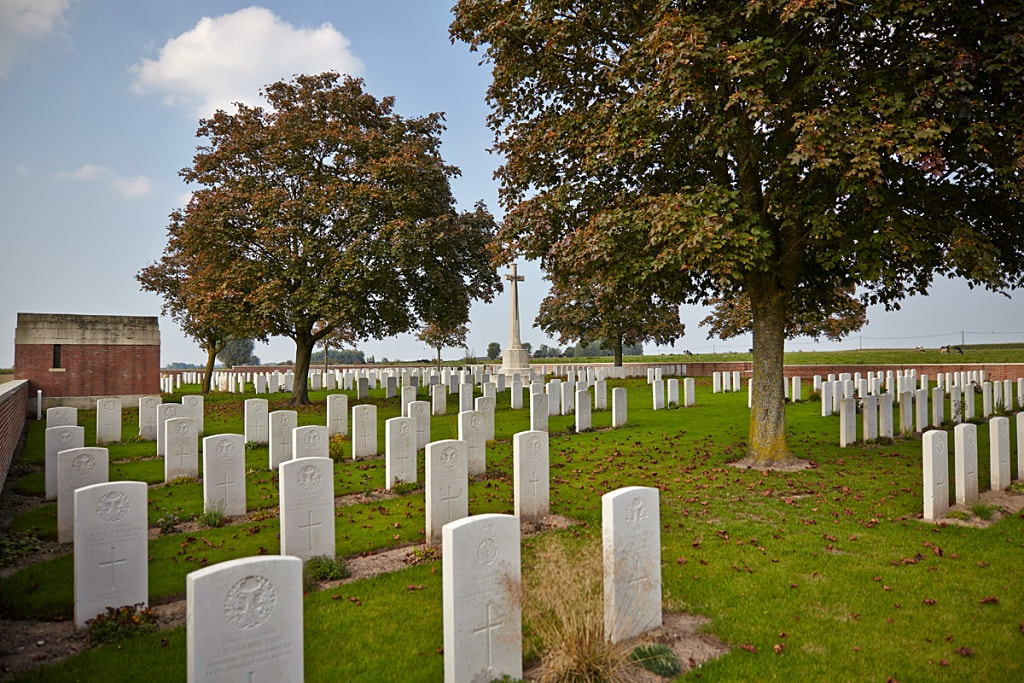 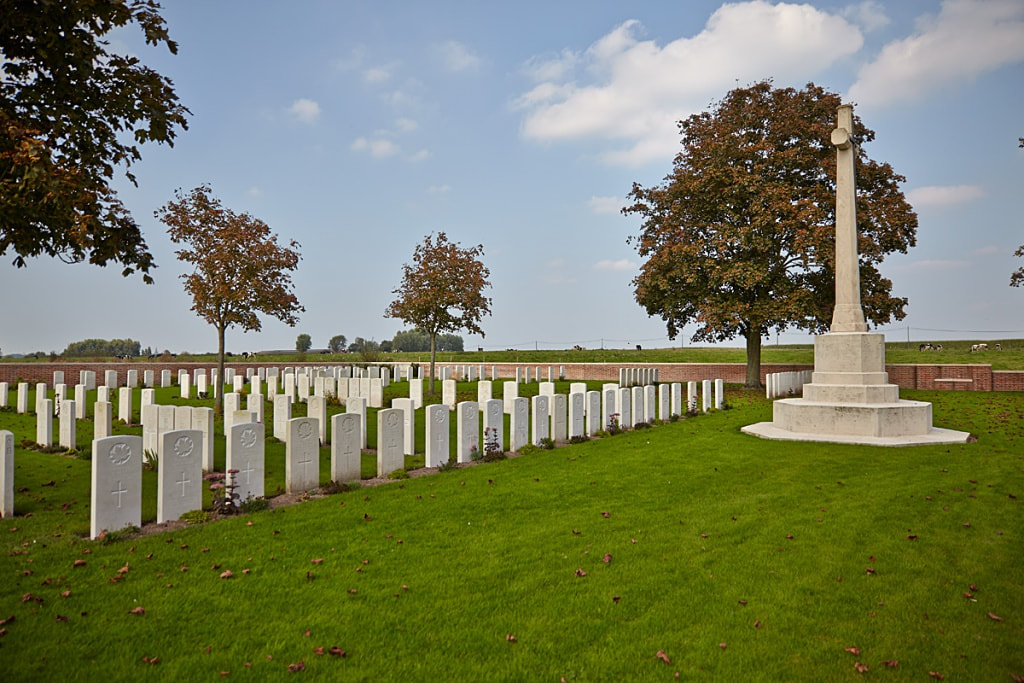 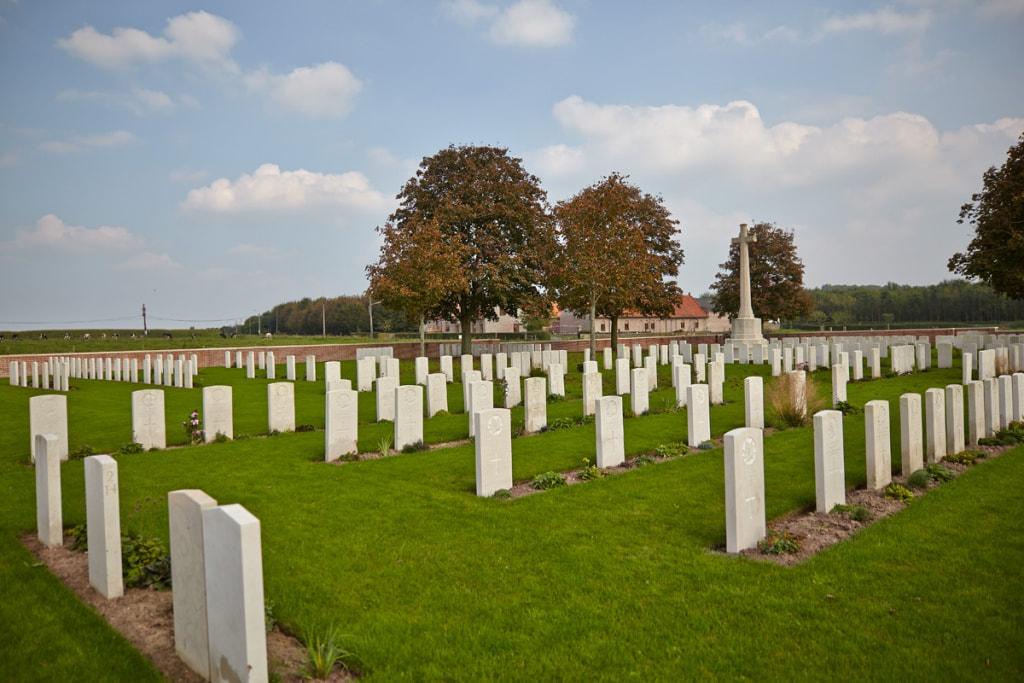 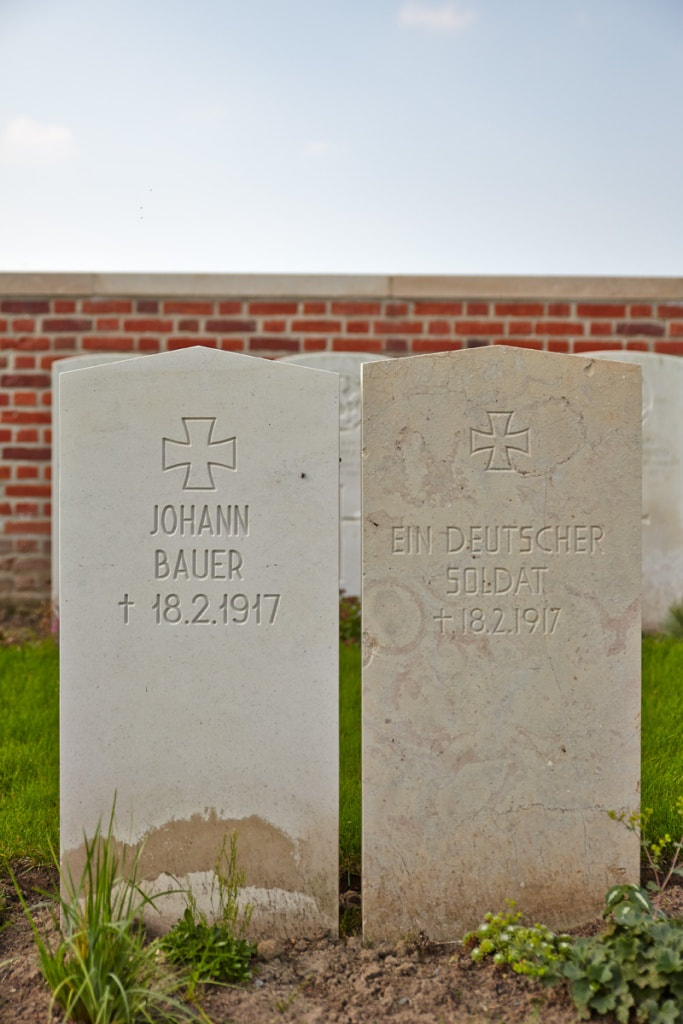 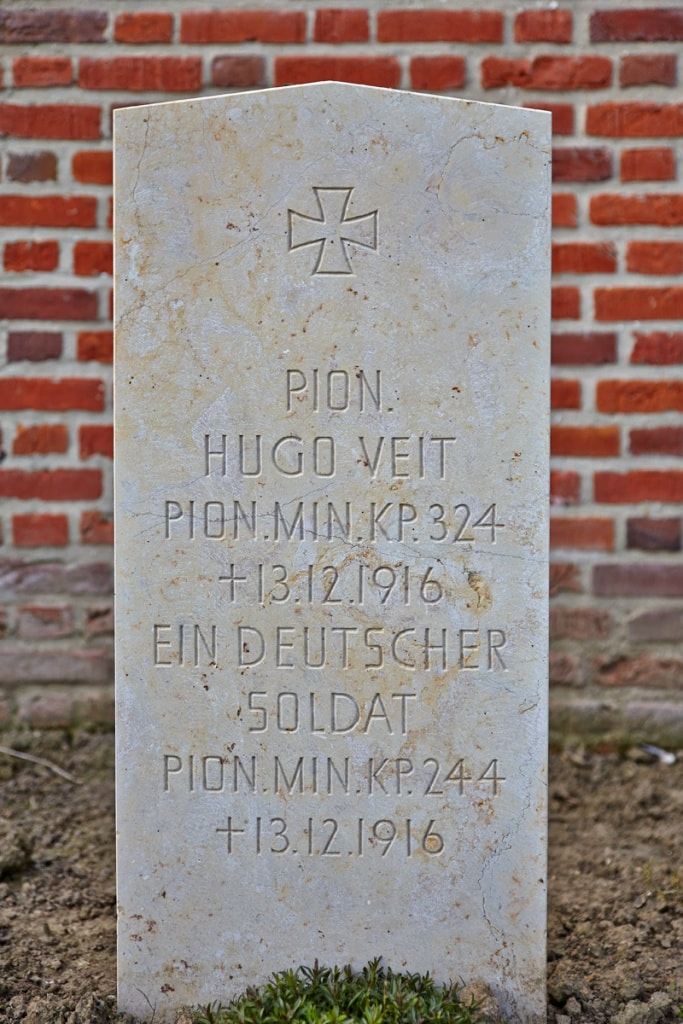