Polemidia Military Cemetery lies on the outskirts of Limassol on the B8 Limassol to Troodos road. Heading north the cemetery is on the right hand side 1 kilometre north of the main A1 Larnaka to Paphos road. The entrance is set back off the road and marked with a locally made sign saying "British Cemetery". There are 7 British servicemen buried here, 3 from World War One and 4 from World War Two. 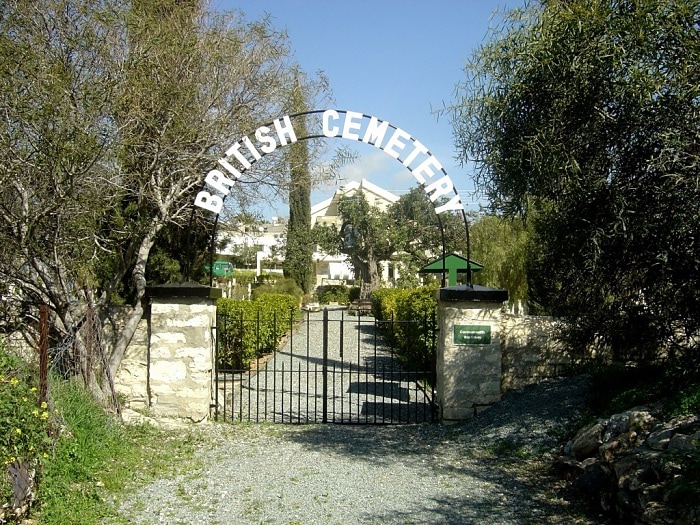