Troodos Military cemetery is located on a steep rocky hillside on the B8 Nicosia to Troodos road, 1 kilometre beyond an army base and 4 kilometres before Troodos.

A CWGC road sign indicates the start of the track on the right hand side which leads from the road to the cemetery, where cars can be parked. The cemetery entrance is 150 metres along this track over an uneven surface and steep incline.

Please note that from December to April access to this cemetery is often impossible, owing to heavy snowfall and it's location on a steep incline. 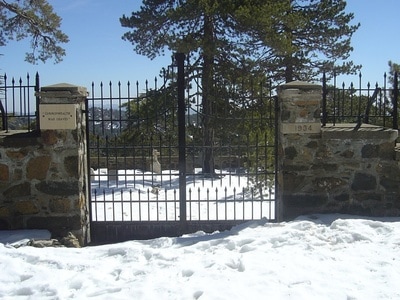 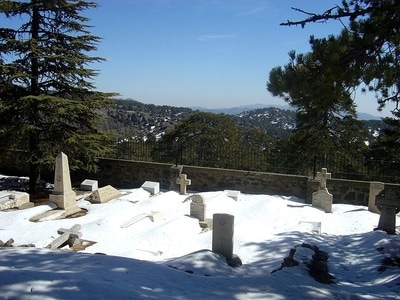