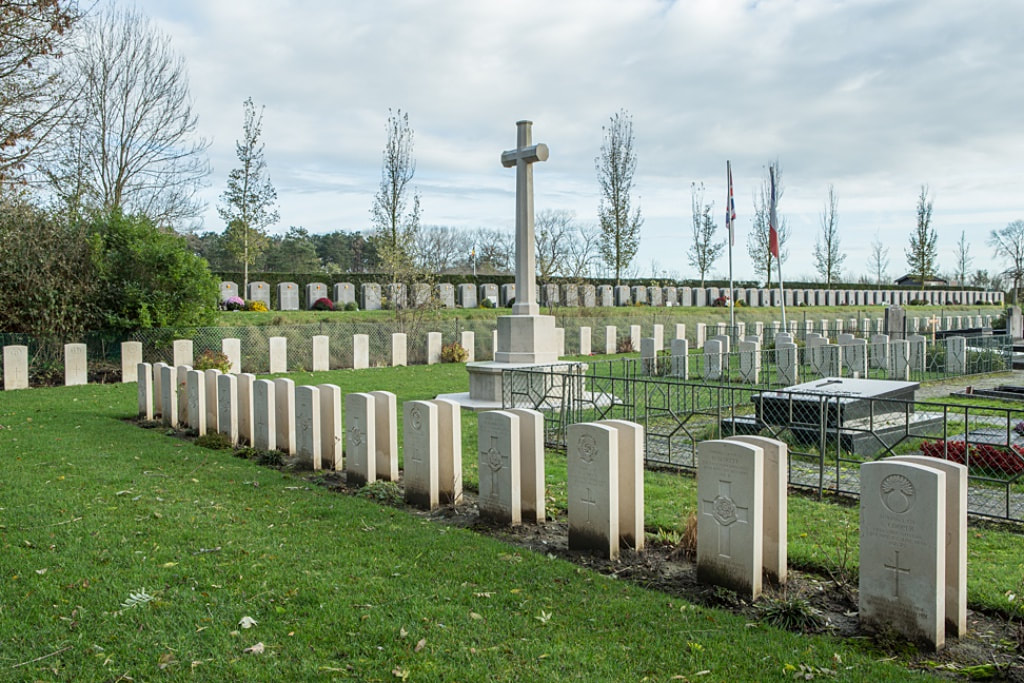 De Panne Communal Cemetery is located 6 Km west of Veurne on the N34 Kerkstraat, a road leading from the N35 Pannestraat connecting Veurne to De Panne.

This cemetery is forewarned by a distinct bending of the road immediately prior to reaching the cemetery.

It should be noted that this cemetery is not an open site and access is limited by normal cemetery opening hours.

De Panne village was the site of the final General Headquarters of the BEF in 1940, and there was a Casualty Clearing Station on the beach, which was an embarkation beach for the evacuation. From 27 May to 1 June 1940, the Germans strove to prevent the embarkation of the troops by incessant bombing, machine-gunning and shelling. The first German troops reached the village between 14.00 and 15.00 hrs on 31 May, and after heavy fighting, the commune was completely occupied by about 9.00 hrs on 1 June.

The Commonwealth plot in the communal cemetery was specially constructed by the local authorities in August 1940, so that the Commonwealth graves might all be together. More than 200 of the burials were moved by the Belgians into this plot from other locations in the cemetery and from scattered sites on the beaches and roads of the commune. The remainder were casualties later washed ashore, airmen shot down by the Germans, and others who lost their lives at the time of the liberation in 1944.

There are now 259 Commonwealth burials and commemorations of the Second World War in this cemetery. 79 of the burials are unidentified but seven casualties known to be buried among them but whose graves cannot now be precisely identified are commemorated by special memorials inscribed "Buried near this spot". The cemetery also contains two First World War burials (one of which is unidentified), both together in Block F of the Civilian section, 10 metres from entrance to the Belgian Military Plot. 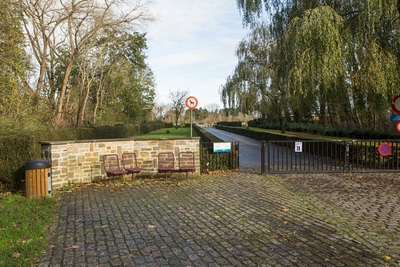 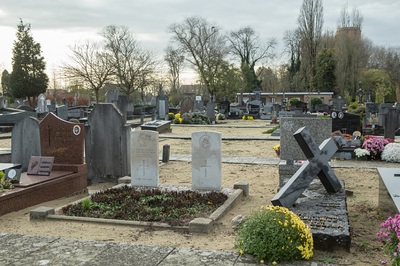 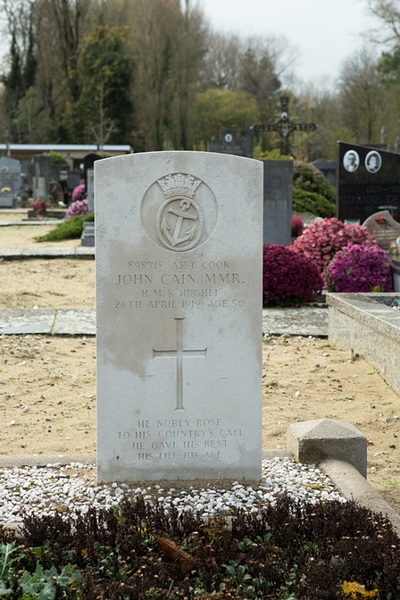 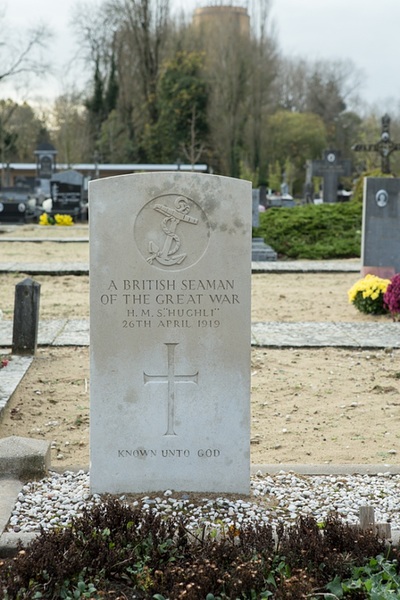 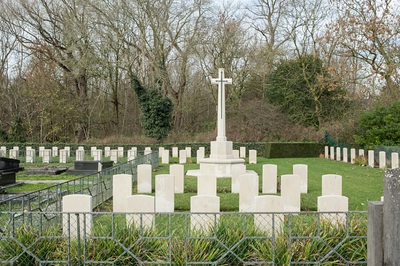 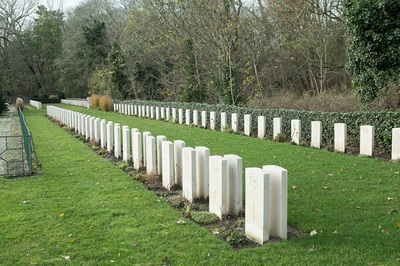 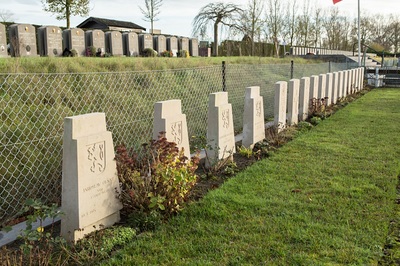 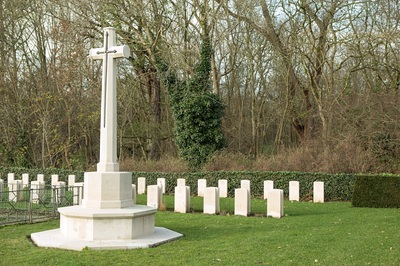 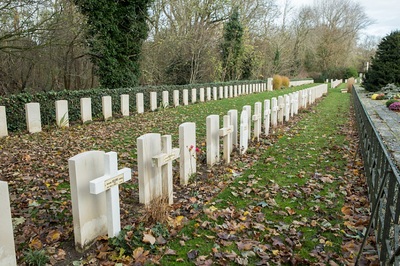 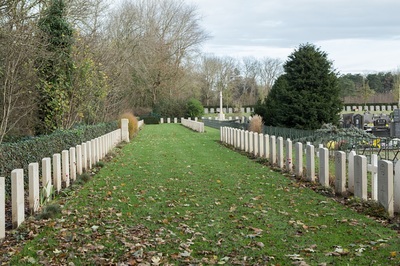 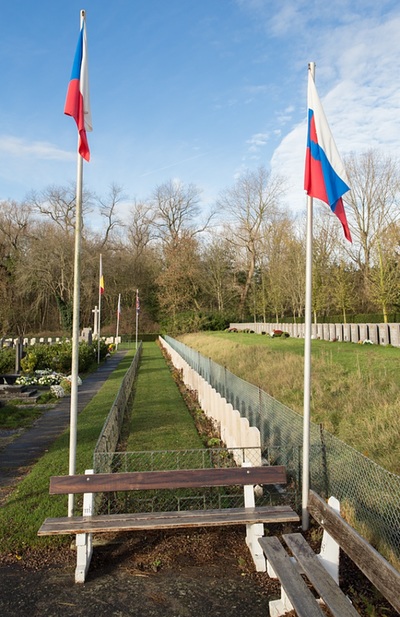 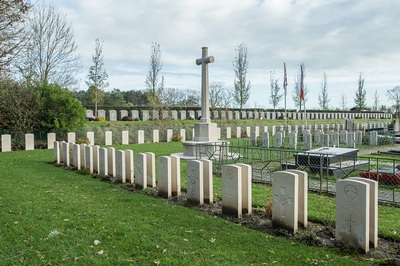 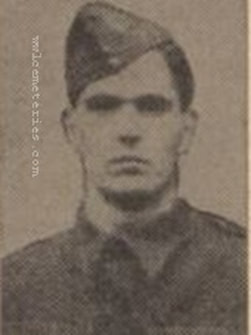 Son of Gerald S. C. and Annie Darby, of Derby. 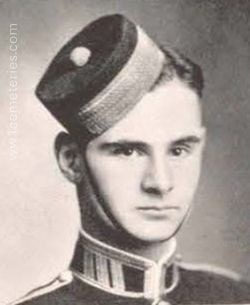 Son of Frederic W. and Edith A. Galloway, of Duncan, British Columbia, Canada. B.A., Hons. (Cantab.). Awarded the Governor-General's and the Lieutenant-Governor of Ontario's Medal at the R.M.C., Kingston. Also awarded the Fowke Memorial Medal (Chatham).

His headstone bears the inscription "Ever The First" 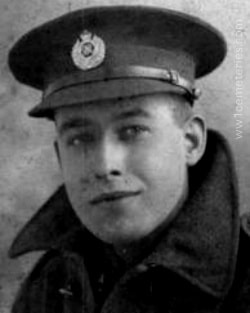 Son of Joseph and Caroline Hall, of Newton-le-Willows, Lancashire. 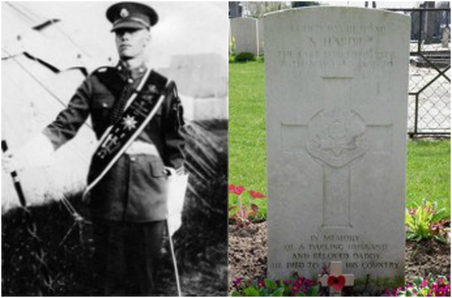 Son of Harry and Ada Hardie, husband of Ethel Hardie of Hull

His headstone bears the inscription "In Memory Of A Darling Husband And Beloved Daddy. He Died To Save His Country" 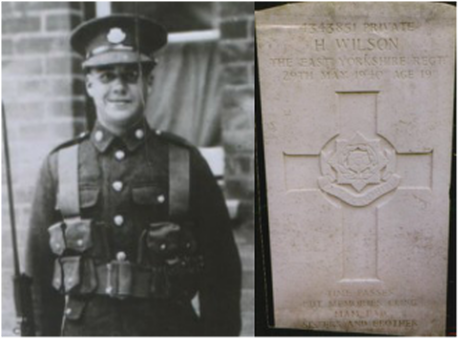 Son of Henry and Mary Ann Wilson, of Hull. 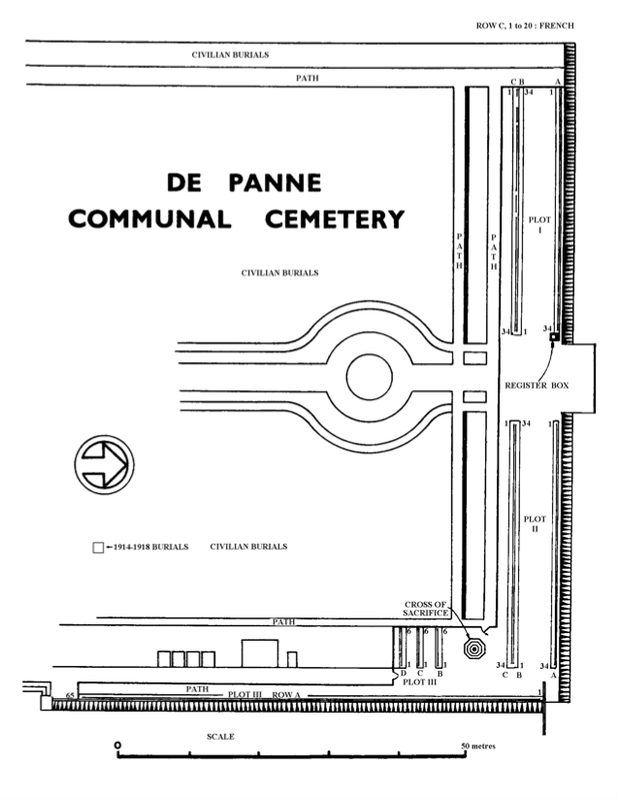