Denain is a town in the Department of the Nord, next to Valenciennes on the road and motorway towards Cambrai.

The Communal Cemetery is situated in the north-east corner of the town approximately 1.2 kilometres from the town centre on the D40, following the route to Oisy and the Lycee A Kastler. The Cemetery will be found at the centre of a junction 20 metres from a traffic light controlled crossroads (D40 and D240). The CWGC plot will be found in the centre of the cemetery.

Denain was a German hospital centre during the greater part of the War; and from the 1st November, 1918, to the 12th March, 1919, the 33rd Casualty Clearing Station was posted in the town.

The Communal Cemetery, was used by the Germans to bury their soldiers and (in 1917 and 1918) 153 British prisoners. A British plot was made at the South-East end, after the capture of the town; and after the Armistice the graves of the prisoners and other British graves were regrouped beside it.

There are now over 300, 1914-18 war casualties commemorated in this site. Of these, over ten are unidentified and special memorials are erected to four United Kingdom and three Canadian soldiers, buried in the German plots, whose graves could not be found.

The British plot covers an area of 777 square metres. 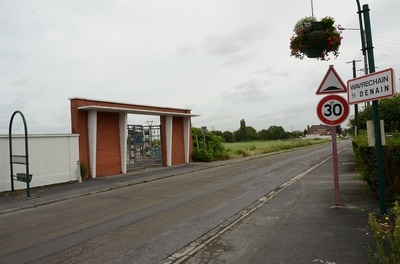 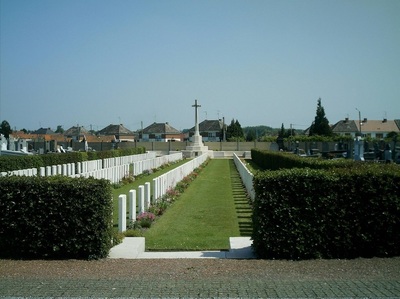 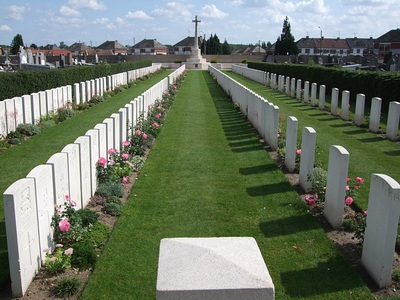 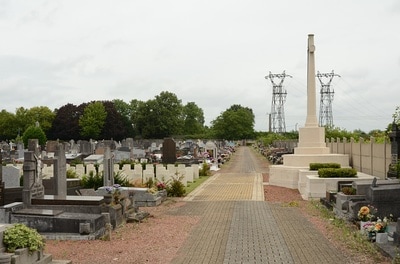 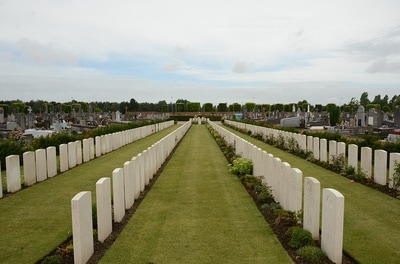 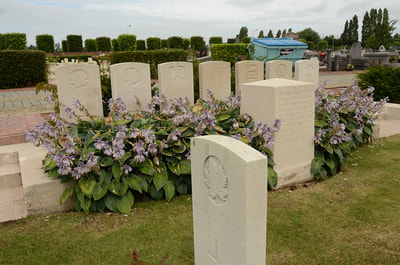 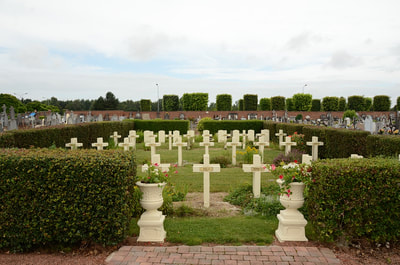 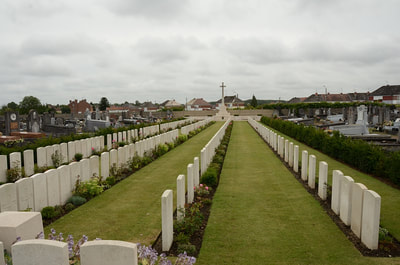 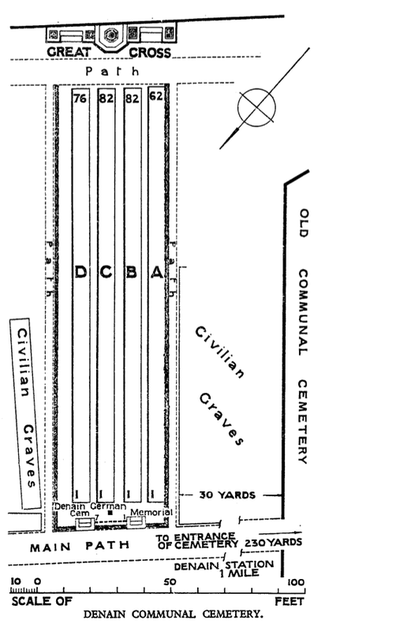 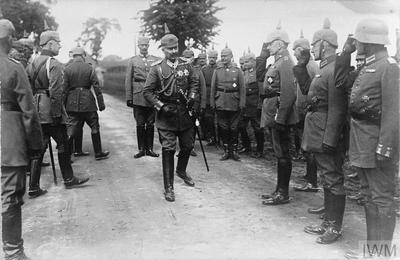 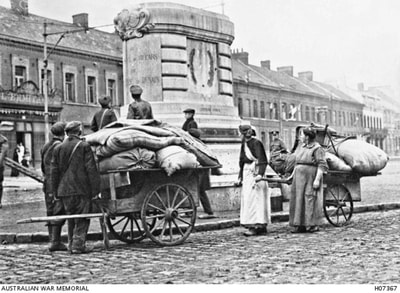 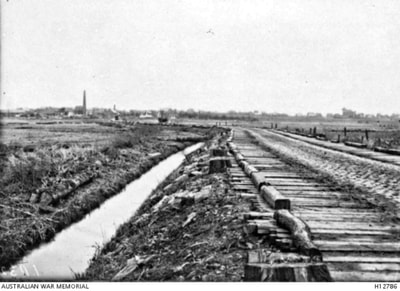 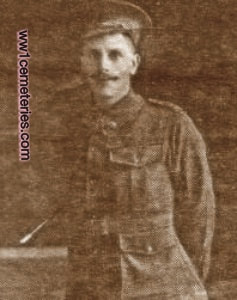 His parents added the following to his headstone: "In life we loved you dearly, in death we do the same." 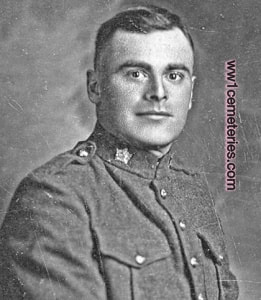 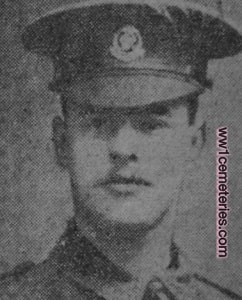 The inscription on his headstone reads: "He fought the fight the victory won we weep but say God's will be done." 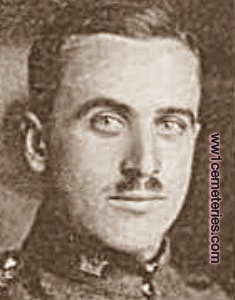 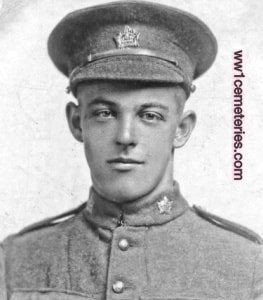 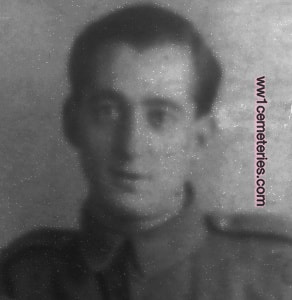 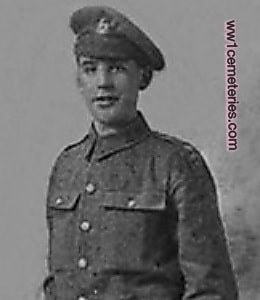 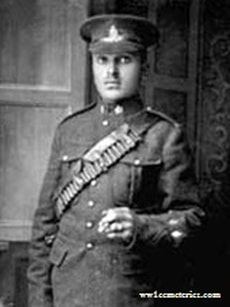 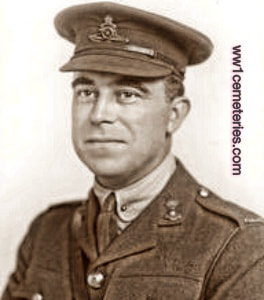 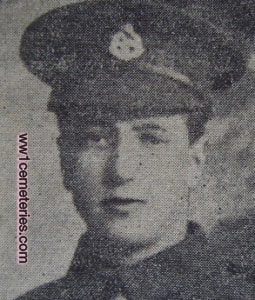 His parents added just one word to his headstone: "Remember" 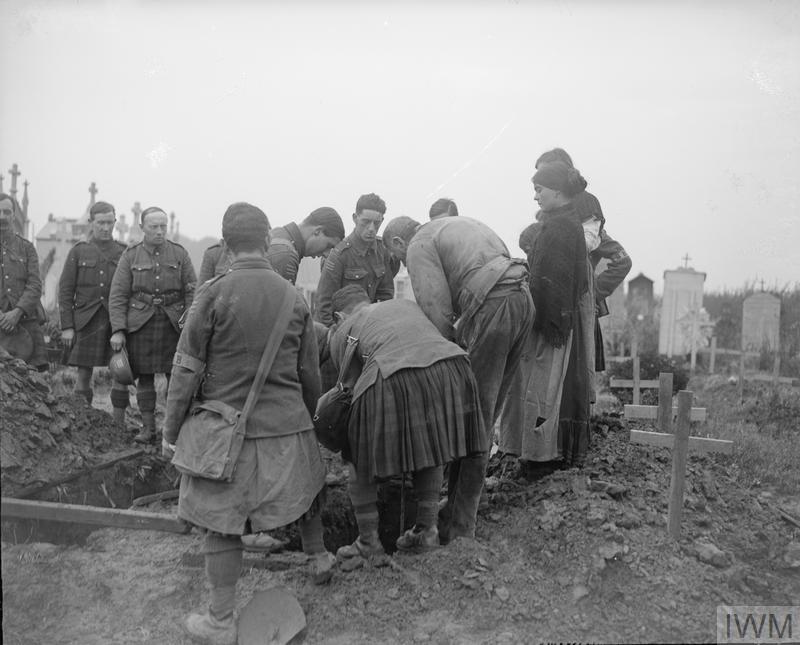 Men of the 4th Battalion, The Gordon Highlanders, 51st Division, burying a Frenchwoman killed by a shell. Her daughters stand by the graveside. Near Denain, 23 October 1918. © IWM (Q 9608)