Dernancourt is a village 3 kilometres south of Albert. The Communal Cemetery is a little west of the village.

The XV Corps Main Dressing Station was formed at Dernancourt in August 1916, when the adjoining EXTENSION was opened. The 45th and 1st/1st South Midland Casualty Clearing Stations came in September 1916 and remained until March 1917. The 3rd Australian was here in March and April 1917, and the 56th from April 1917 to February 1918. The 3rd Casualty Clearing Station came in March 1918 but on 26 March, Dernancourt was evacuated ahead of the German advance, and the extension remained in their hands until the village was recaptured on 9 August by the 12th Division and the 33rd American division. In September it was again used by the 47th, 48th and 55th Casualty Clearing Stations under the name of "Edgehill", due to the rising ground on the north-west.

A view of the battlefield of Dernancourt. This area is where the 12th and 13th Australian Infantry Brigades broke the massed assaults of nearly four German divisions during their thrust towards Amiens on 5 April 1918. In the background on the far right are several unidentified structures. (Originally a 2 part picture) 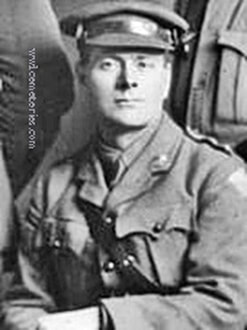 1st May 1918; The German offensive, 1918, its extreme forward limit at Dernancourt. Part of the battlefield of Dernancourt, near Albert, showing the village and church held by the Germans, and the railway line on which the 4th Australian Division originally relieved parts of the 9th and 35th British Divisions. After being checked here for a week, the Germans upon 5 April made with several Divisions a final attempt to break through towards Amiens. During the afternoon they had attained a position well up the hill in the foreground, but a counter attack at this juncture thrust them half way down the slope. (The photograph was taken from the Australian front line, and shows the German trench at the point where the German thrust was stopped). 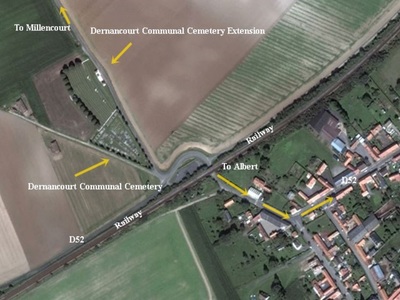 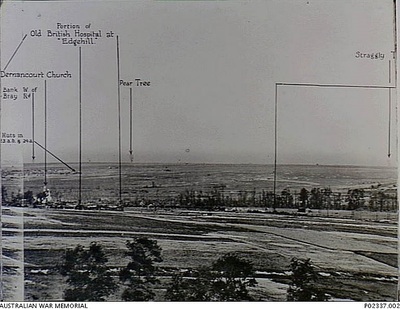 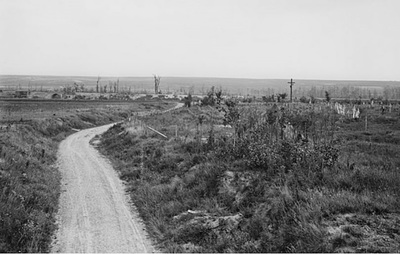 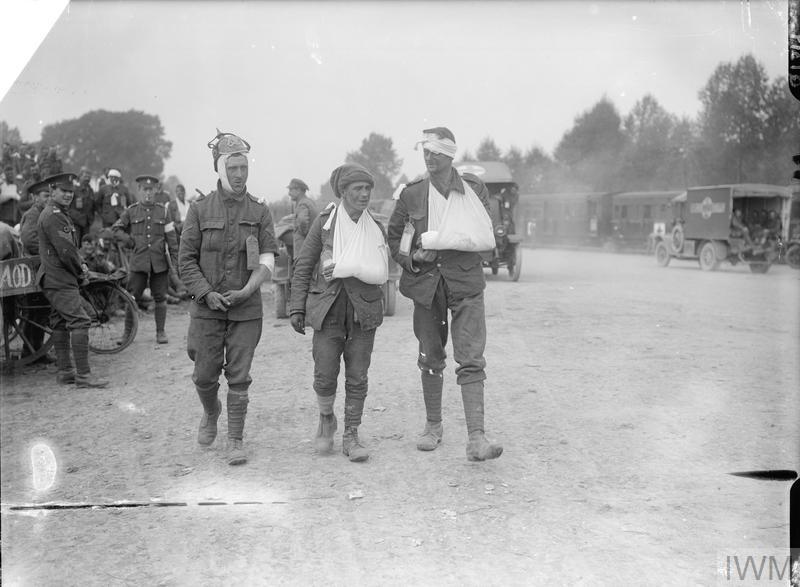 Cpl Bailey enlisted in the AIF in August 1915, and served on the Western Front with the 45th Battalion. He was awarded the Military Medal (MM) for his actions during an attack on a German strong point at Geudecourt on the morning of 21 March 1917, and was promoted to Sergeant (Sgt) in June 1917. Sgt Bailey was killed in action when he was struck by a piece of shell during the second Battle of Dernancourt on 2 April 1918, aged 23. 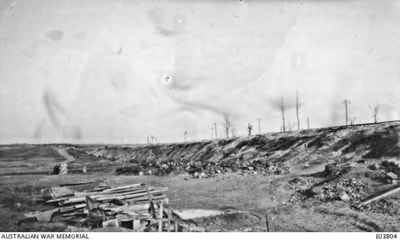 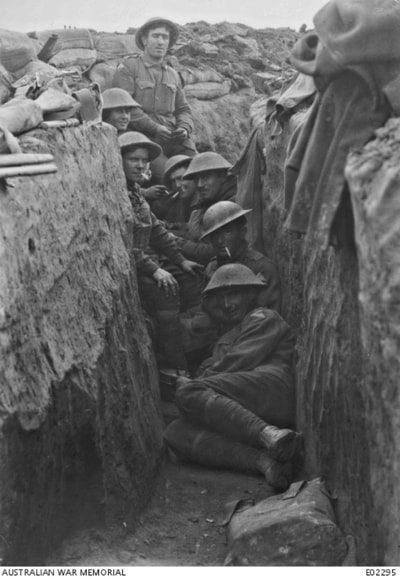 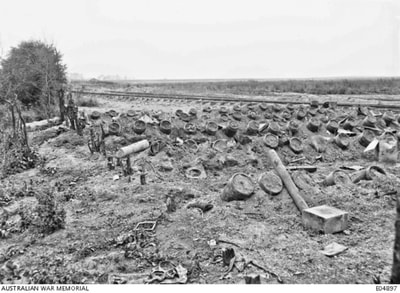 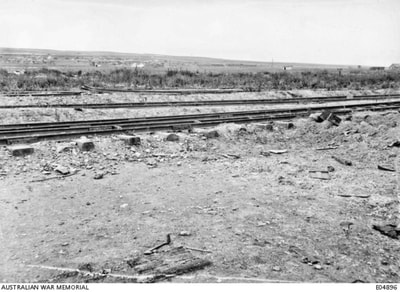 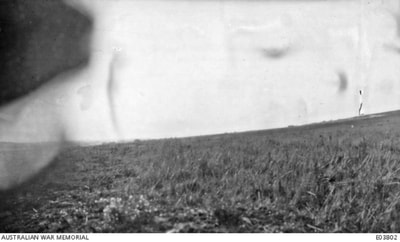 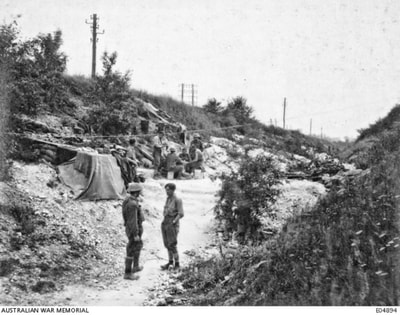 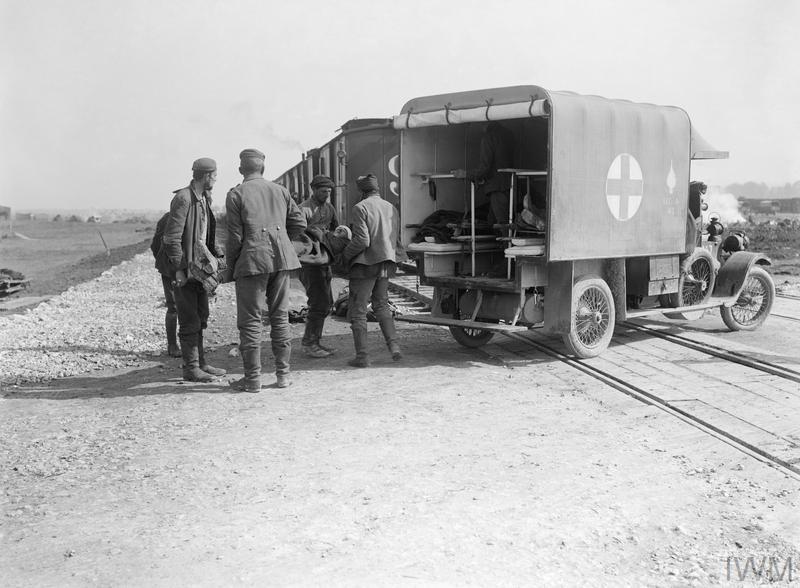 German prisoners unloading stretcher cases from a motor ambulance for transfer to a hospital train at Dernancourt, September 1916. © IWM (Q 1296) 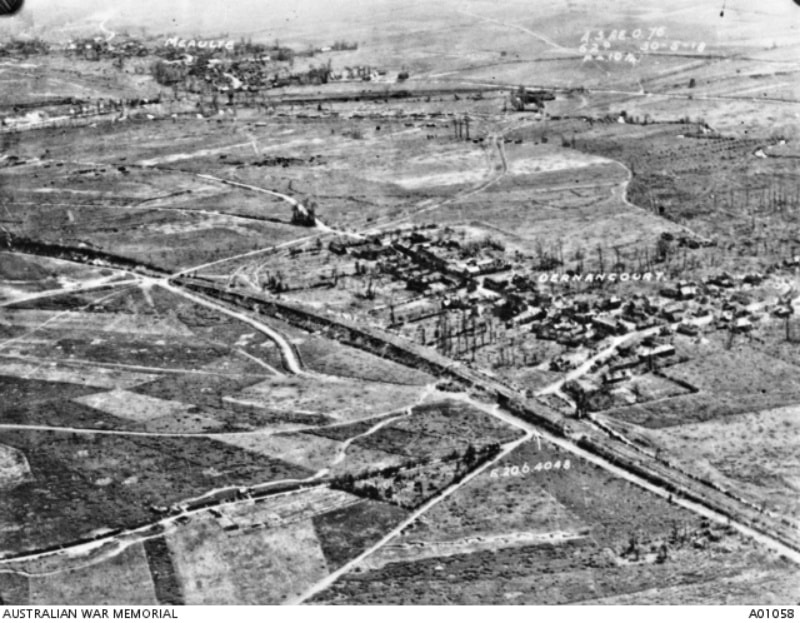