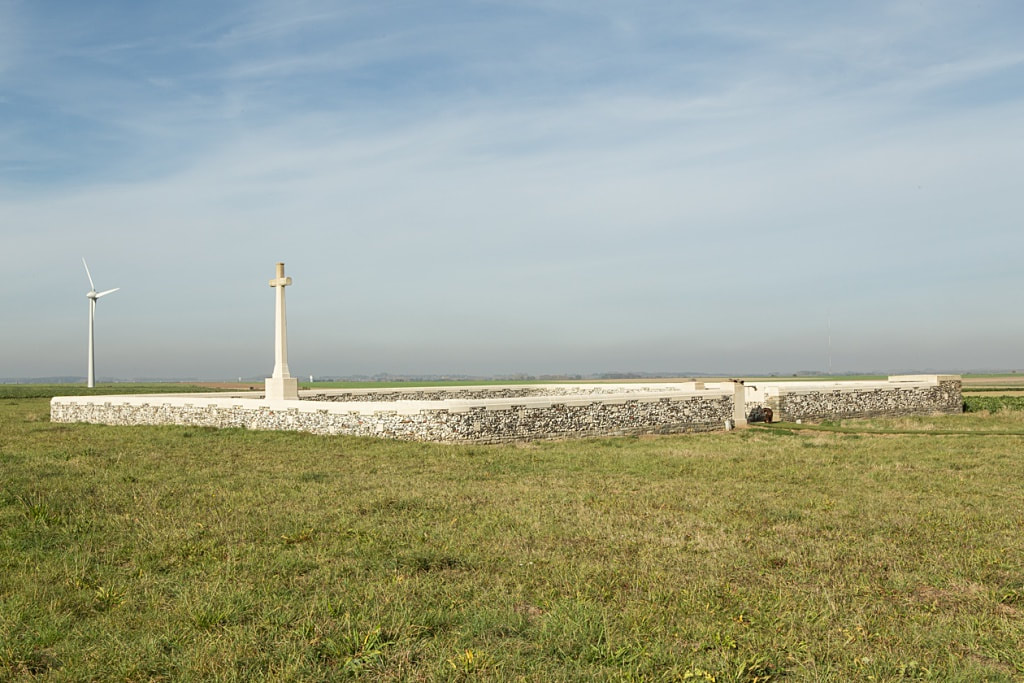 Dominion Cemetery is 2.5 kilometres north-east of Hendecourt-les-Cagnicourt, in fields reached by a track signposted off the road (the D956) between Hendecourt and the main Arras to Cambrai road (the D939).

Hendecourt-les-Cagnicourt was captured by the 57th (West Lancashire) and 52nd (Lowland) Division on the night of the 1st-2nd September, 1918.

Dominion Cemetery was made by Canadian units in September, 1918, after the storming by the Canadian Corps of the Drocourt-Queant Line; IMPERIAL CEMETERY, to the West of the village, has now been removed to H.A.C. Cemetery, Ecoust-St. Mein. The grave of one Canadian airman was brought in after the Armistice from an isolated position some kilometres to the East.

There are 231, 1914-18 war casualties commemorated in this site. Of these, a small number are unidentified and a special memorial is erected to a Canadian soldier believed to be buried among them.

The cemetery covers an area of 818 square metres and is enclosed by a flint and rubble wall. 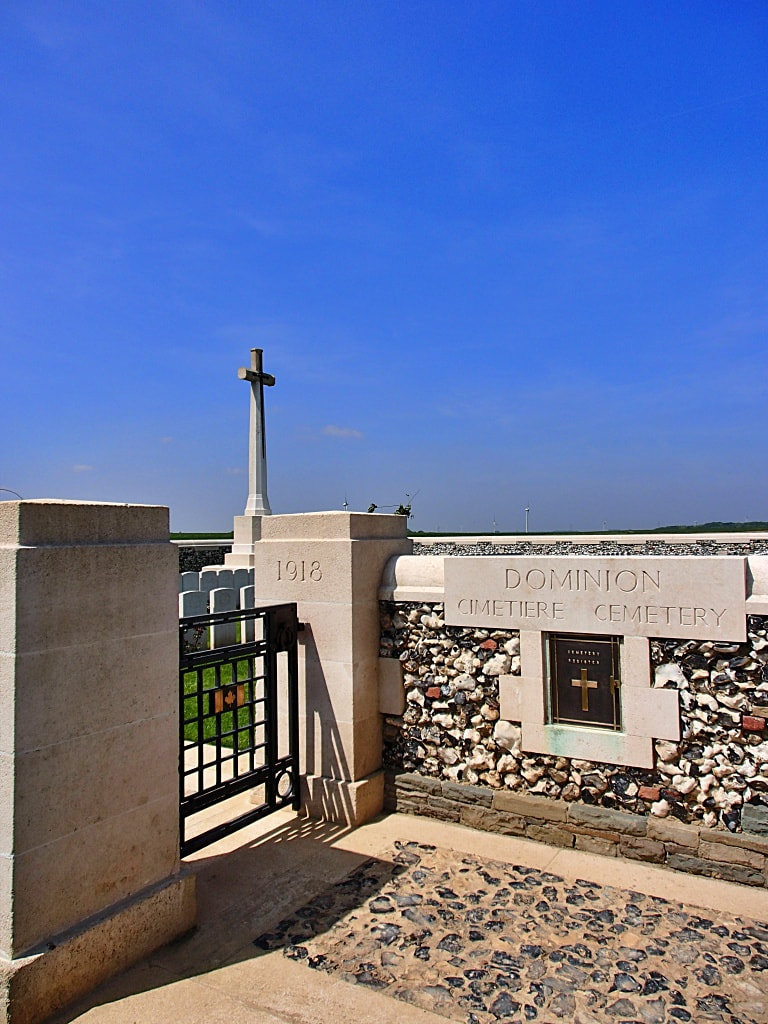 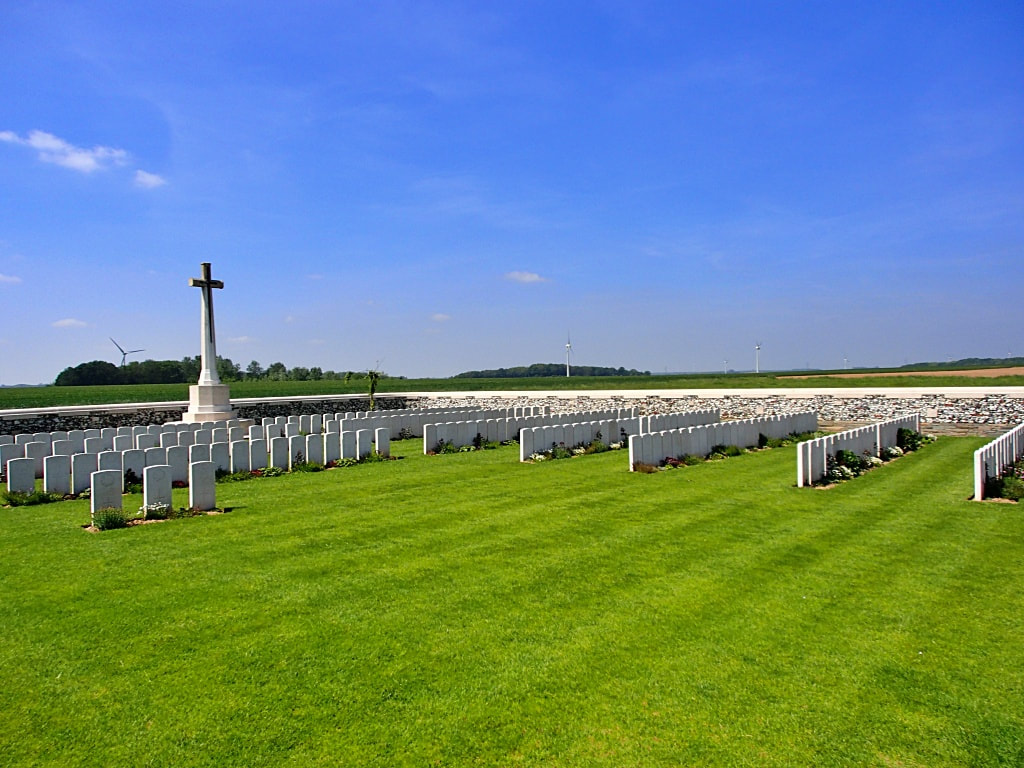 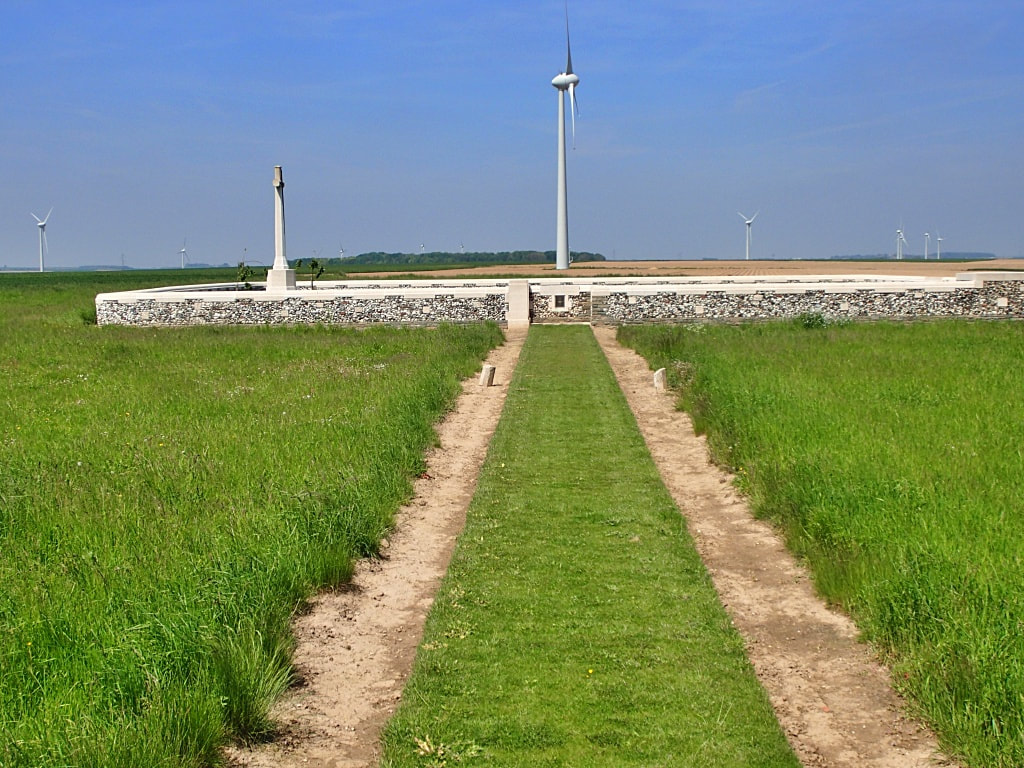 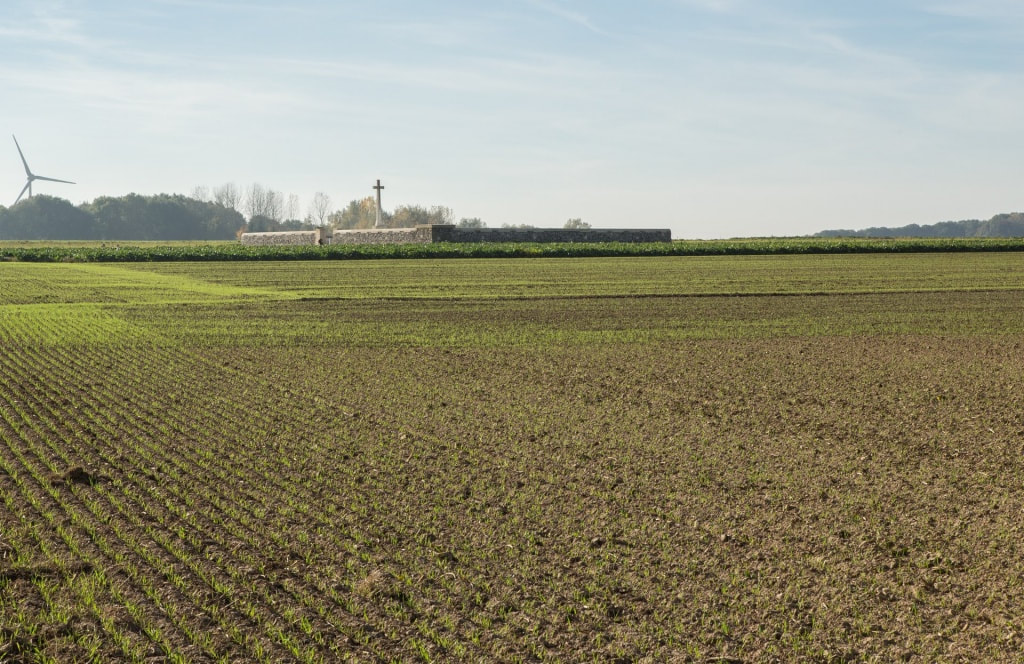 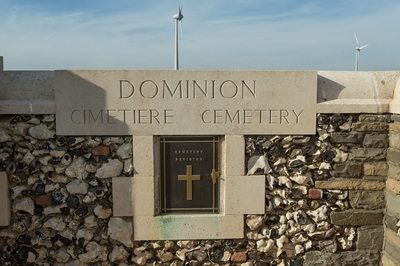 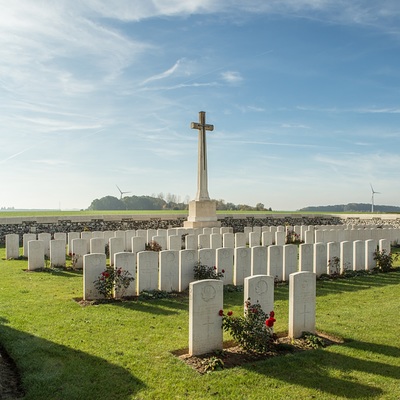 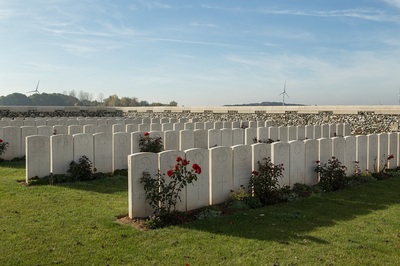 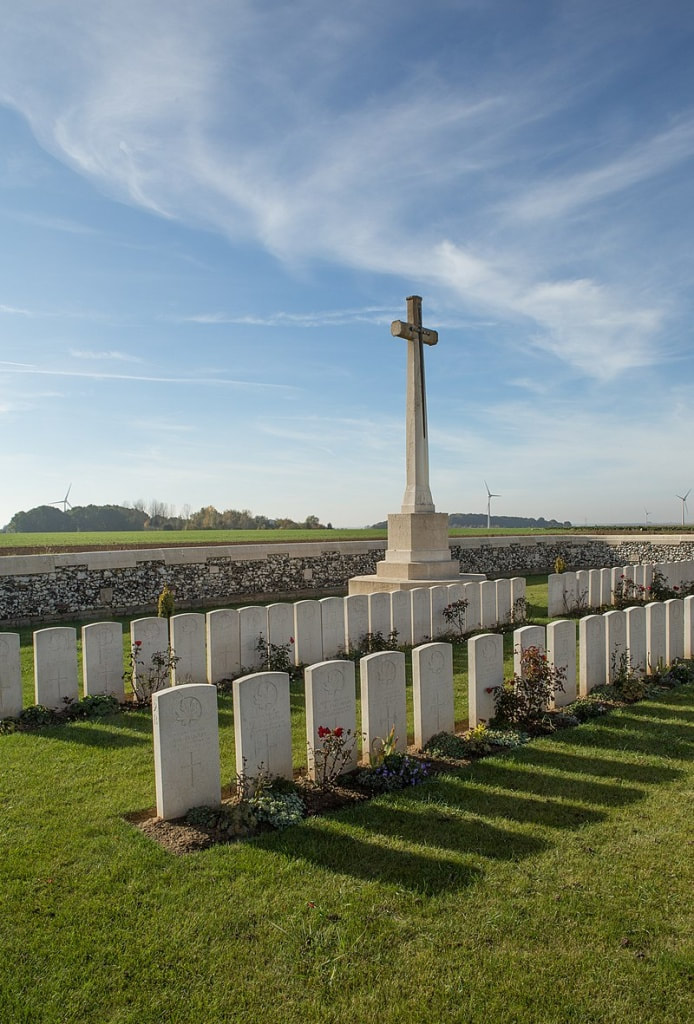 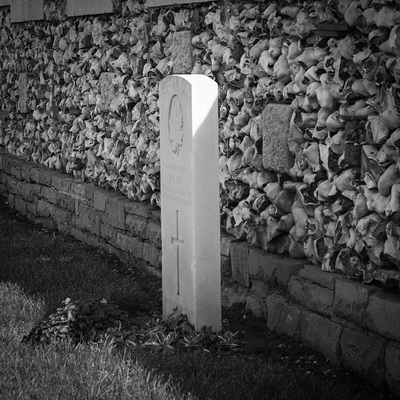 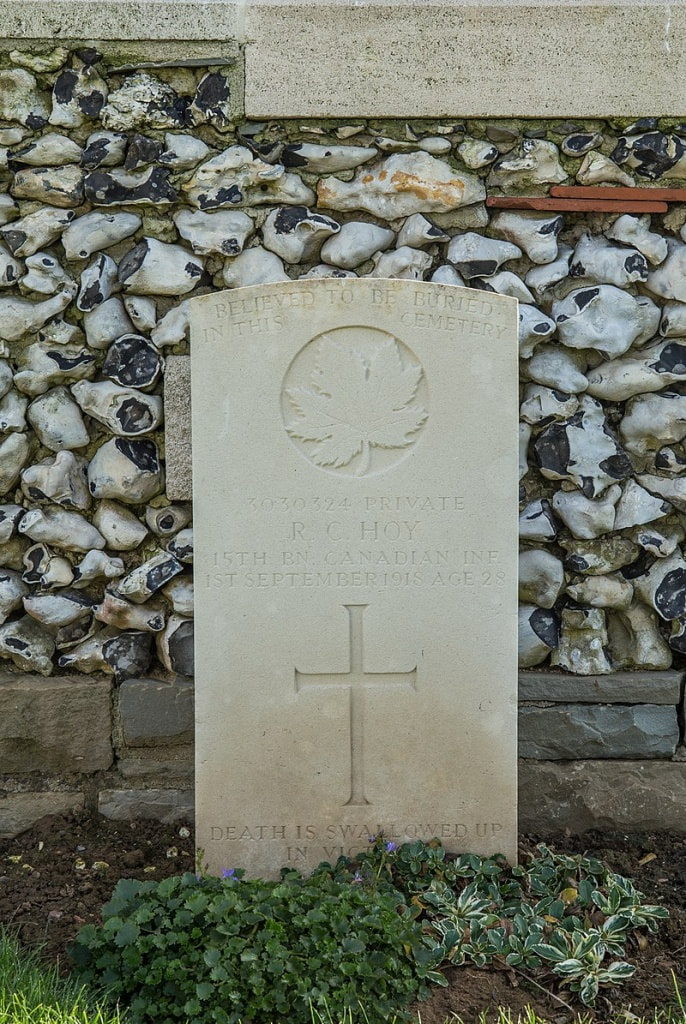 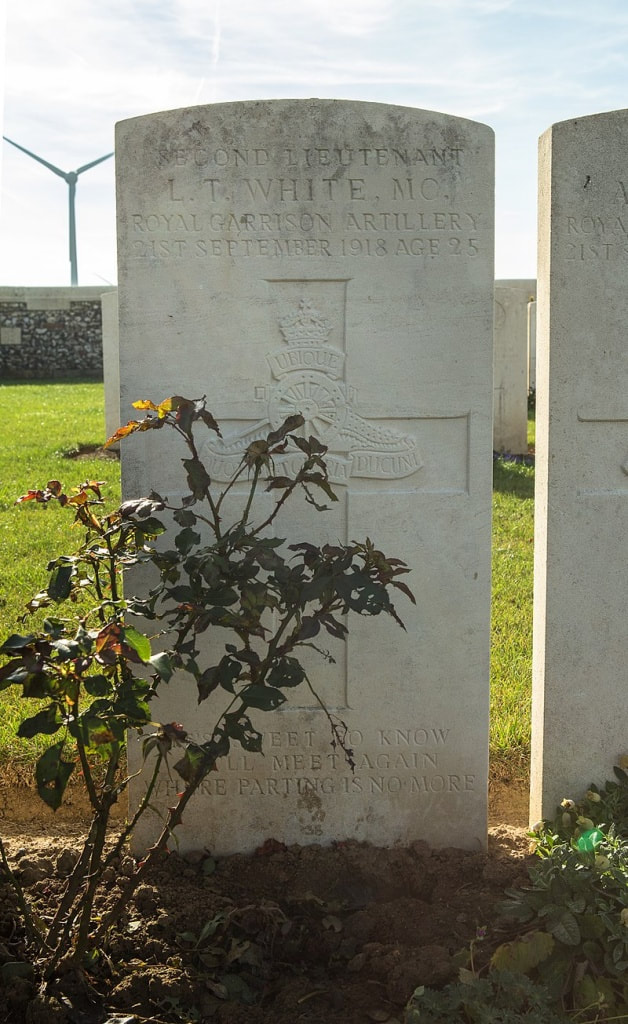 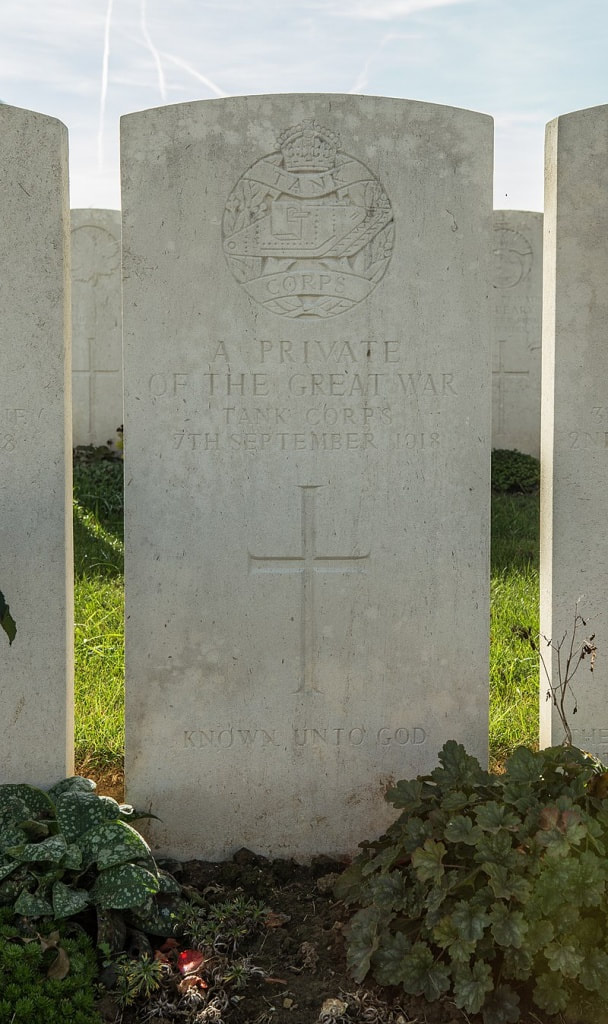 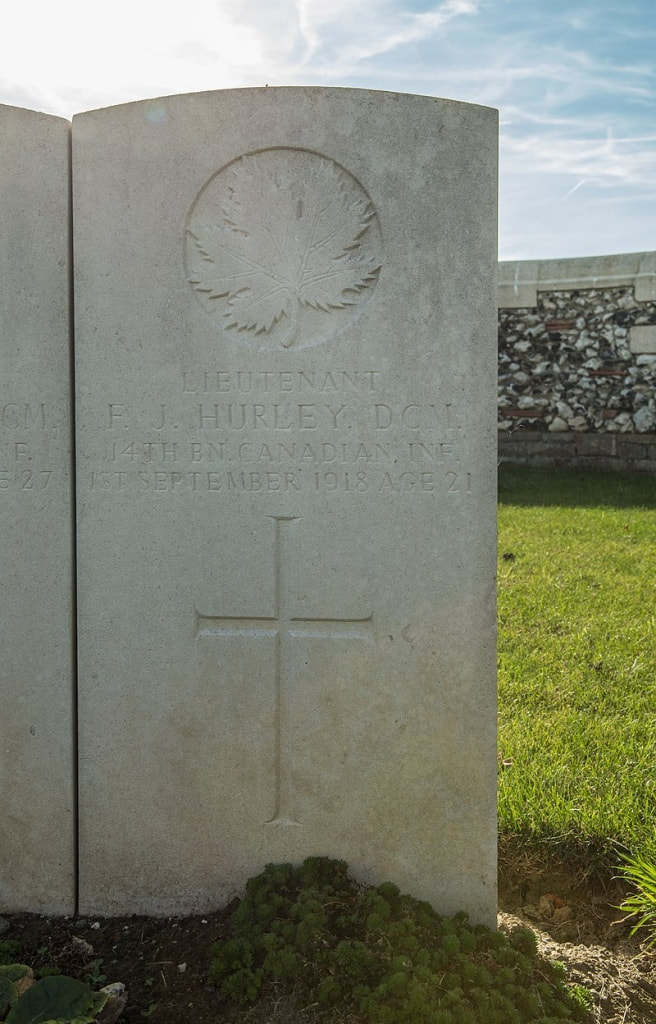 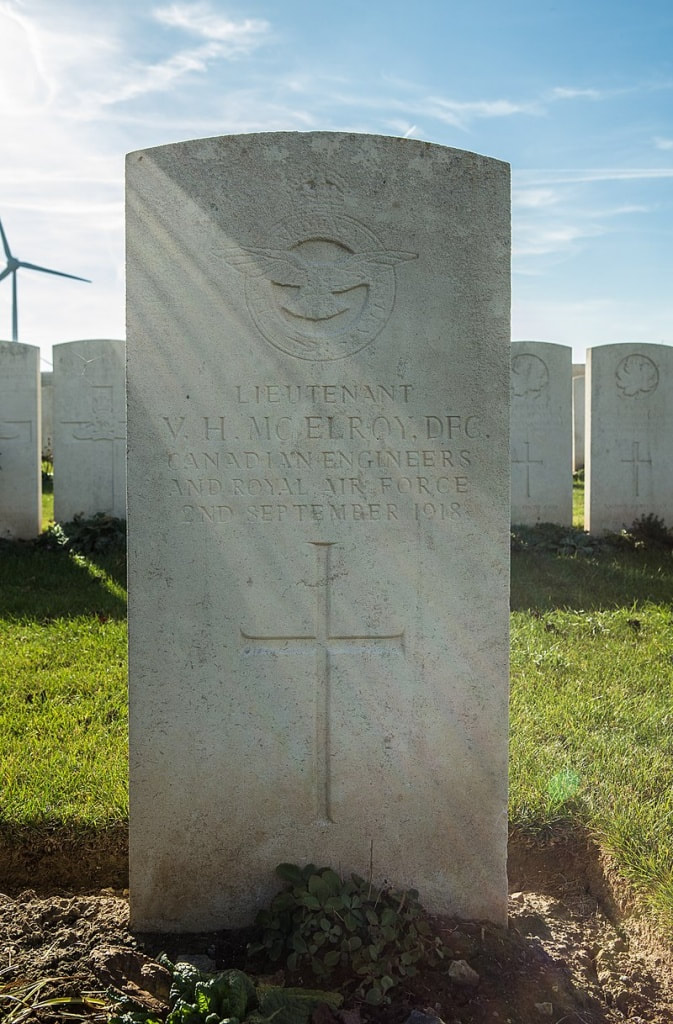 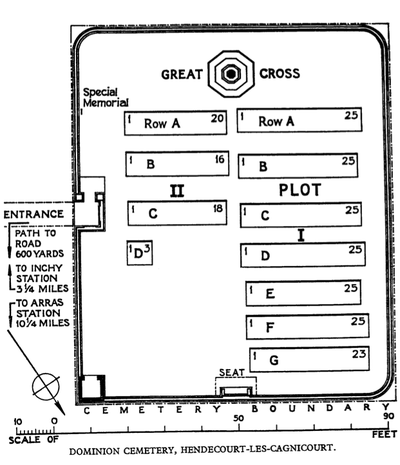 ​An extract from the "London Gazette," No. 31012, dated 12th Nov., 1918, records the following :- "For most conspicuous bravery, initiative, and devotion to duty when, after an unsuccessful attack, Serjt. Knight led a bombing section forward, under very heavy fire of all descriptions, and engaged the enemy at close quarters. Seeing that his party continued to be held up, he dashed forward alone, bayoneting several of the enemy machine-gunners and trench-mortar crews, and forcing the remainder to retire in confusion. He then brought forward a Lewis gun and directed his fire on the retreating enemy, inflicting many casualties. In the subsequent advance of his platoon in pursuit, Serjt. Knight saw a party of about thirty of the enemy go into a deep tunnel which led off the trench. He again dashed forward alone, and, having killed one officer and two N.C.O.s., captured twenty other ranks. Subsequently he routed, single-handed, another enemy party which was opposing the advance of his platoon. On each occasion he displayed the greatest valour under fire at very close range, and by his example of courage, gallantry and initiative was a wonderful inspiration to all. This very gallant N.C.O. was subsequently fatally wounded." 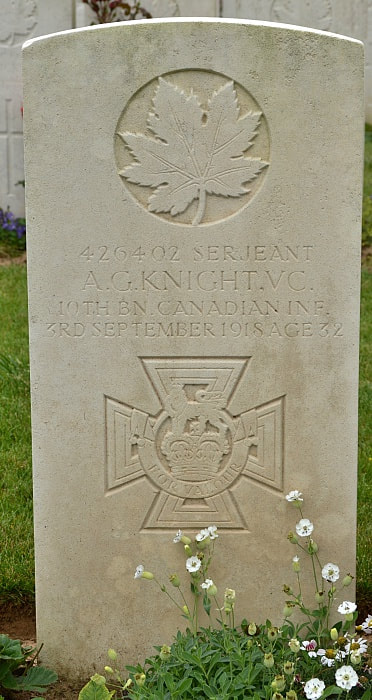 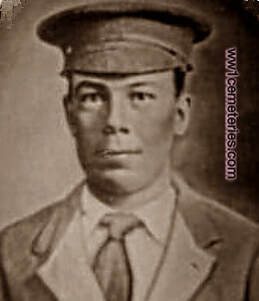 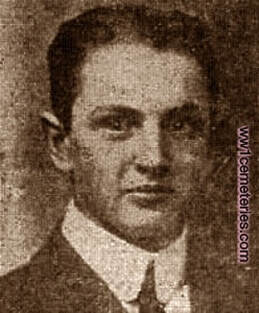 ​His family added the following inscription to his headstone; "Peace Perfect Peace. Ever treasured & loving memory, Dad, Mother and Sister." 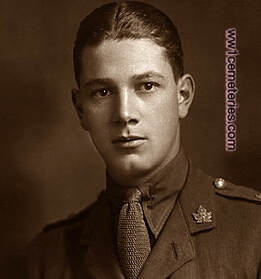 The inscription on his headstone reads; "The dearly beloved son of Auguste Bolté and Elsie Armour Miles." 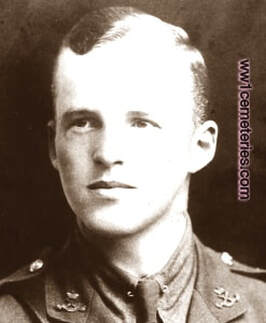 Son of Ronald Campbell and Amy Ellen C. Campbell-Johnston, of 1337, Alberni St., Vancouver, British Columbia. He enlisted when under sixteen years of age, serving first as a Private in the same Regiment. His brother Ronald Alfred Campbell-Johnston also fell the following day and is buried at Dominion Cemetery in Plot I. G. 13. No known image of Ronald exists. 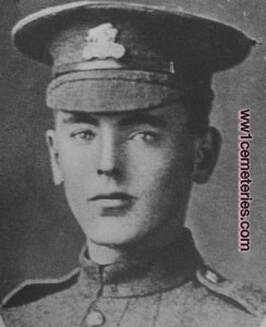 Son of George and Ellen Cooper, of Carman, Manitoba. His parents added the following inscription to his headstone; "The Battle O'er, your work is done. Sleep on dear George, beloved son." 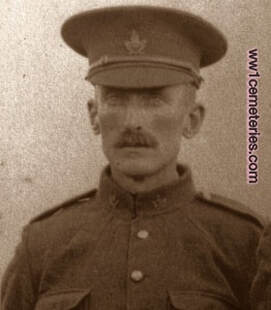 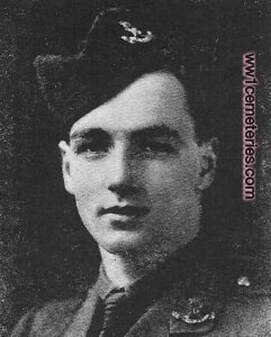 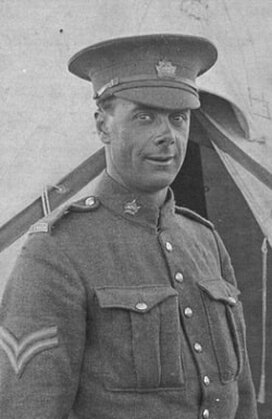 His headstone bears the inscription​ "Till We Meet Again, Sadly Missed, Mother, Father Wife And Children"

Alexander was living at 1094 St. Clair Avenue, Toronto before his enlistment at Montreal, Quebec on 12th August 1915, aged 29.

Alex Ramsay was born in Edinburgh Scotland and had 12 sisters and brothers. He emigrated to Canada before the war, like many Scots, to find a better life.

We organized a Family Pilgrimage to Sergeant Alex Ramsay's graveside as a memorial to Alex and his mates on the 100th Anniversary of Alex's death on 1st September 2018. We had a Service of Remembrance at Alex's final resting place. Each Pilgrim contributed to the service on a warm sunny day. As a family we committed to keeping Alex and his mates memory alive for future generations. RIP Alex. 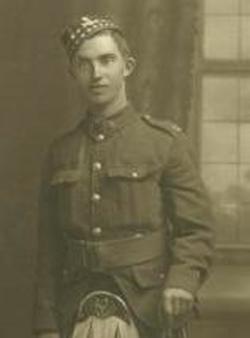 Pte. Smith was a direct descendant of one Sgt. Robert Perry, late of Major Jessup's Rangers as a United Empire Loyalist during the American War of Independence. He is therefore entitled to the post-nominal of UE. He was killed during the Second Battle of Arras in the assault on the Drocourt-Queant Line on September 2, 1918. 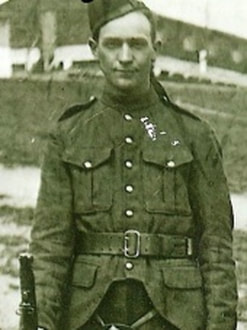 2129193 Private
Harold Tomalin
16th Bn. Canadian Infantry
2nd September 1918, aged 21.
Plot I. B. 14.
​
Private Harold Tomalin 2129193 Private in the Canadian Infantry 16th Bn., killed September 2, 1918. He was born in Leicestershire, England to parents William and Jane (Sanford) Tomalin on November 2, 1896.  He was the 3rd of 5 children.  He emigrated to Canada with his parents and surviving sister and brother (my grandfather) and enlisted near the end of the war.  My father (Harold's nephew) told me he only lasted little more than a month once posted to France and died sadly near the war's end. He was never married and left no children behind upon his death at age of 21 and 10 months. 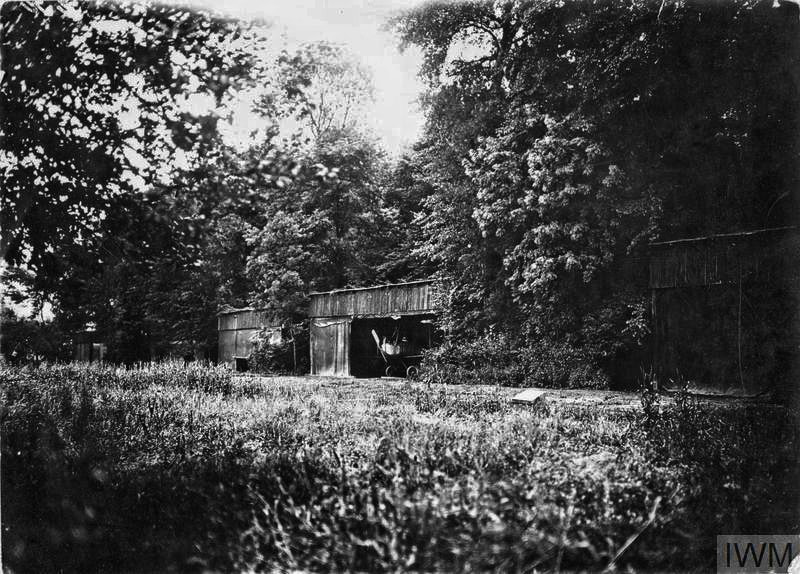