The Douaumont ossuary (French: L'ossuaire de Douaumont) is a memorial containing the remains of soldiers who died on the battlefield during the Battle of Verdun in World War I. It is located in Douaumont, France, within the Verdun battlefield. It was built on the initiative of Charles Ginisty, Bishop of Verdun. It has been designated a "nécropole nationale", or "national cemetery".

During the 300 days of the Battle of Verdun (21 February 1916 – 19 December 1916) approximately 230,000 men died out of a total of 700,000 casualties (dead, wounded and missing). The battle became known in German as Die Hölle von Verdun (English: The Hell of Verdun), or in French as L'Enfer de Verdun, and was conducted on a battlefield covering less than 20 square kilometers (7.7 sq mi).
​
The ossuary is a memorial containing the remains of both French and German soldiers who died on the Verdun battlefield. Through small outside windows, the skeletal remains of at least 130,000 unidentified combatants of both nations can be seen filling up alcoves at the lower edge of the building. On the inside of the ossuary building, the ceiling and walls are partly covered by plaques bearing names of French soldiers who fell during the Battle of Verdun. A few of the names are from fighting that took place in the area during World War II, as well as for veterans of the Indochina and Algerian Wars. The families of the soldiers that are recognized here by name contributed for those individual plaques. In front of the monument, and sloping downhill, lies the largest single French military cemetery of the First World War with 16,142 graves. It was inaugurated in 1923 by Verdun veteran André Maginot, who would later design the Maginot Line.

The ossuary was officially inaugurated on 7 August 1932 by French President Albert Lebrun.


Pictures in gallery below © Nicholas Philpot 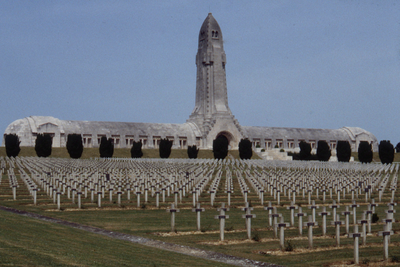 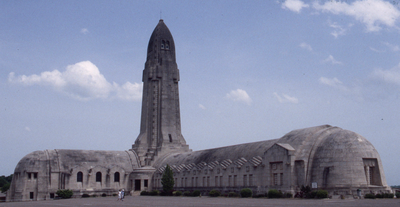 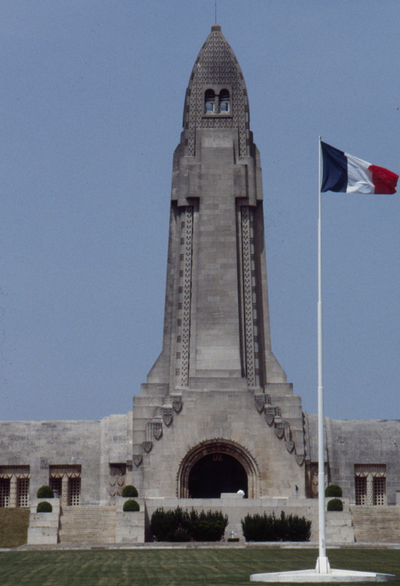 Pictures in gallery below courtesy of André De Smet 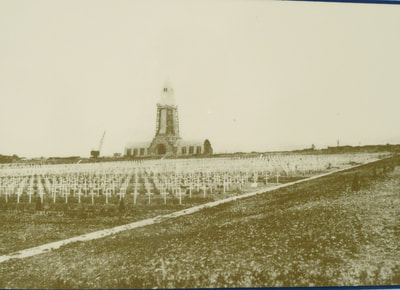 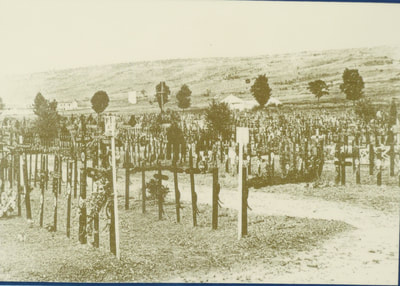 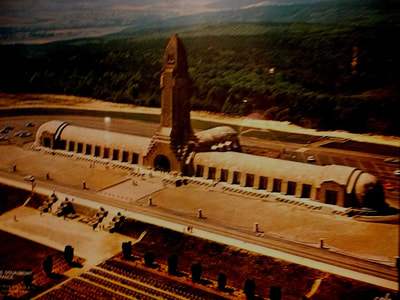 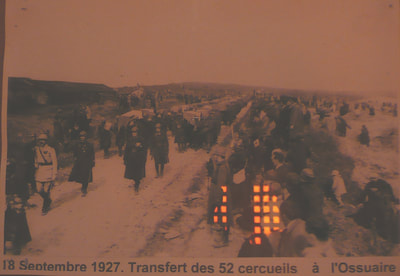 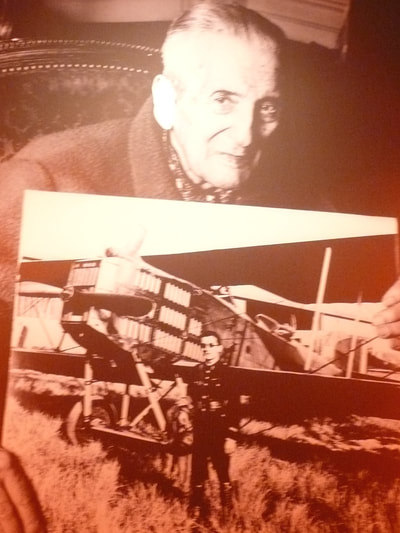 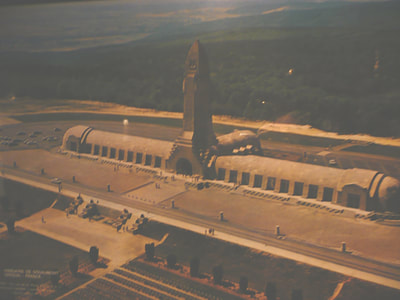 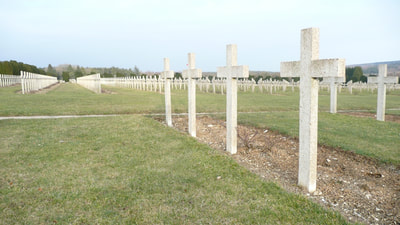 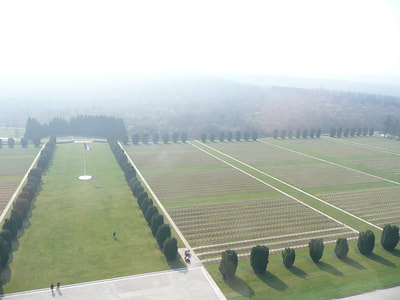 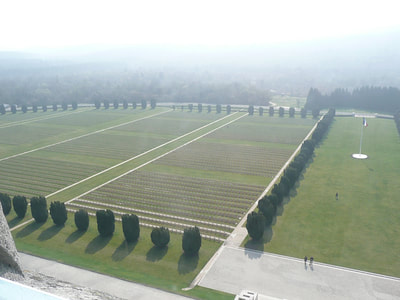 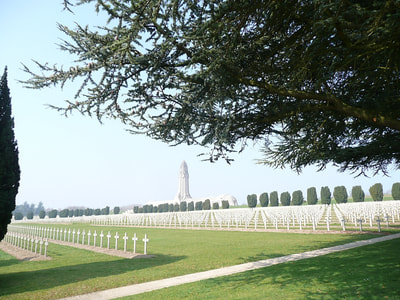 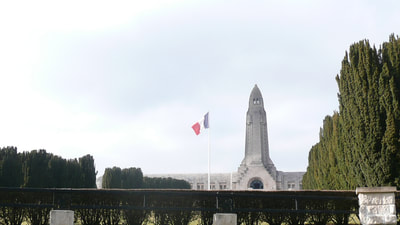 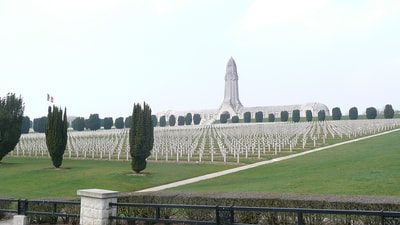