The Chapelle Royale de Dreux is located in the large of town of Dreux in Northern France.

In the 1770s, Louis Jean Marie de Bourbon, Duke of Penthièvre was one of the greatest land owners in France prior to the French Revolution. In 1775, the lands of the county of Dreux had been given to the Penthièvre by his cousin King Louis XVI. In 1783, the Duke sold his domain of Rambouillet to Louis XVI. On November 25 of that year, in a long religious procession, Penthièvre transferred the nine caskets containing the remains of his parents, Louis Alexandre, Count of Toulouse and Marie Victoire de Noailles, his wife, Princess Maria Teresa Felicitas of Modena, and six of their seven children, from the small medieval village church next to the castle in Rambouillet, to the chapel of the Collégiale Saint-Étienne de Dreux.

Penthièvre died in March 1793 and his body was laid to rest in the crypt beside his parents. On November 21 of that same year, in the midst of the French Revolution, a mob desecrated the crypt and threw the ten bodies in a mass grave in the Chanoines cemetery of the Collégiale Saint Étienne. In 1816, the Duke of Penthièvre's daughter, the Duchess of Orléans, had a new chapel built on the site of the mass grave of the Chanoines cemetery, as the final resting place for her family. In 1830, Louis Philippe I, King of the French, son of the Duchess of Orléans, embellished and enlarged the chapel which was renamed the Royal Chapel of Dreux, now the necropolis of the Orléans royal family. 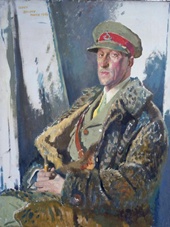 
Captain Prince Antônio Gastão of Orléans-Braganza MC; (Portuguese: Antônio Gastão de Orléans e Bragança; 9 August 1881 – 29 November 1918) was a Brazilian prince who served in the forces of the British Empire during World War I.

Antônio was born in Paris, the third and last son of Isabel, Princess Imperial of Brazil, and her husband Gaston of Orléans, count of Eu. His father was a grandson of the last Bourbon king of France, Louis Philippe I, and his mother was the eldest daughter and heir of Emperor Pedro II of Brazil. He was baptized on 27 August 1881.] His full name was Antônio Gastão Luiz Filipe Francisco de Assis Maria Miguel Rafael Gabriel Gonzaga;[1] his family affectionately called him "Totó".

After his grandfather was deposed in a military coup in Brazil, he and his family were sent into exile in Europe. As a child he was chronically sick with bronchitis. He was educated in Paris, and at the Theresian Military Academy in Wiener Neustadt, Austria. After graduation, he was a Hussar lieutenant in the Austro-Hungarian Army between 1908 and 1914.

When World War I broke out, Antônio was prevented from joining the French armed forces by a law that forbade members of the deposed French royal family from serving in the military. Instead, he was commissioned as a Lieutenant in the Royal Canadian Dragoons where he served attached to the Royal Flying Corps as a pilot and intelligence officer. He was awarded the Military Cross in 1915, and was promoted to Captain in 1918. He was aide-de-camp to Brigadier-General Seely, commander of the Canadian Cavalry Brigade.

Antônio died from injuries sustained in an air crash at Edmonton, London, shortly after the end of the war.[8] His remains were placed in the Royal Chapel of Dreux, in France. 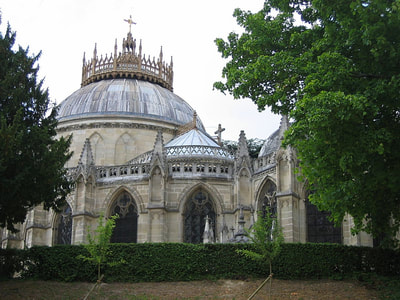