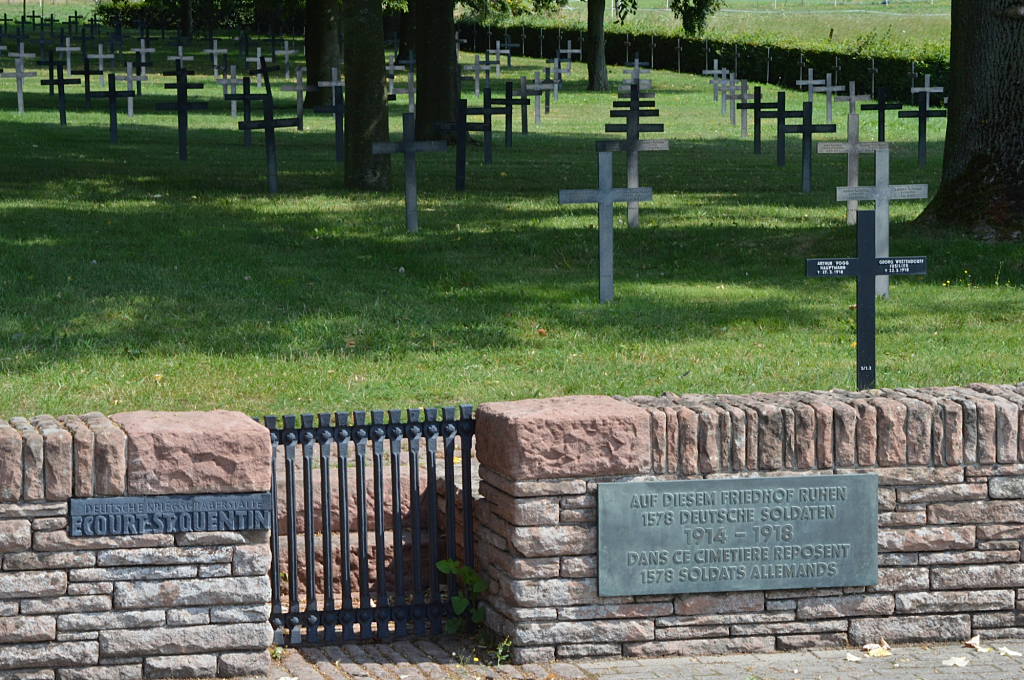 Écourt St Quentin is a village 22 km to the east of Arras to the north of the main road towards Cambrai.

From Arras take the Cambrai Road D 939 passing the Canadian Memorial at Dury. Shortly afterwards on reaching the hamlet of La Brioche turn left onto the D 13 following the sign posts for Écourt St Quentin.

On entering the Écourt St Quentin turn left again onto the Route de Lécluse. A short distance further and you will see the Communal cemetery on the left and the German Military Cemetery on the right amongst the trees.

Écourt St Quentin was held by German troops for almost the entire war. Canadian troops would liberate the village on 3rd September 1918 during their advance on Cambrai.

The village was the first in which Allied troops (Canadians) liberated French inhabitants within the occupied territories.
The Soldatenfriedhof at Écourt St Quentin was created in the autumn of 1916 for the last casualties of the Battle of the Somme which finished in November of that year.

In April 1917 the British launched the Battle of Arras and 700 of those casualties are buried in the cemetery. This was followed in November 1917 with the British Cambrai Offensive using tanks for the first time on a massive scale and the German counter attack of December. These battles and those in the German Spring Offensive account for a further 600 graves.

Throughout the war the village church would serve as a military hospital. On the 12th March 1918 a British shell smashed the roof killing 120 of those inside.

Following the war the French Authorities concentrated German fallen from a number of smaller cemeteries into this one.

There are now 1,566 individual graves within the cemetery and twelve unidentified soldiers buried in a small common grave. Two Jewish casualties have a conventional headstone as opposed to a cross.

The central monument is of red sandstone with a bronze cross. This was placed in the 1930’s but the permanent grave markers would only be funded following the Second World War in the 1960’s. 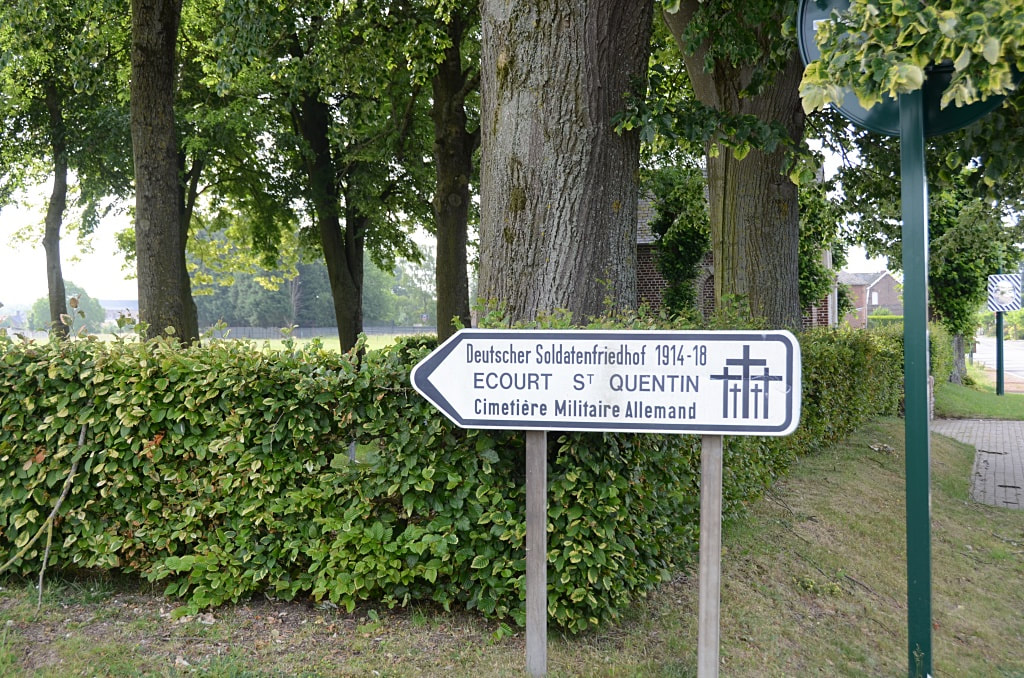 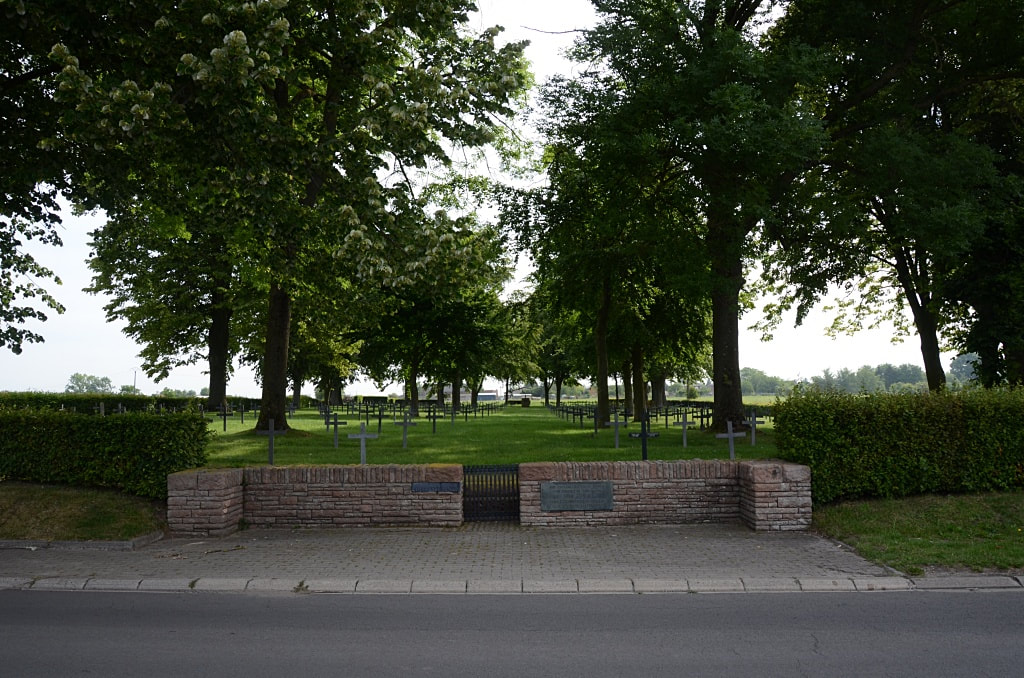 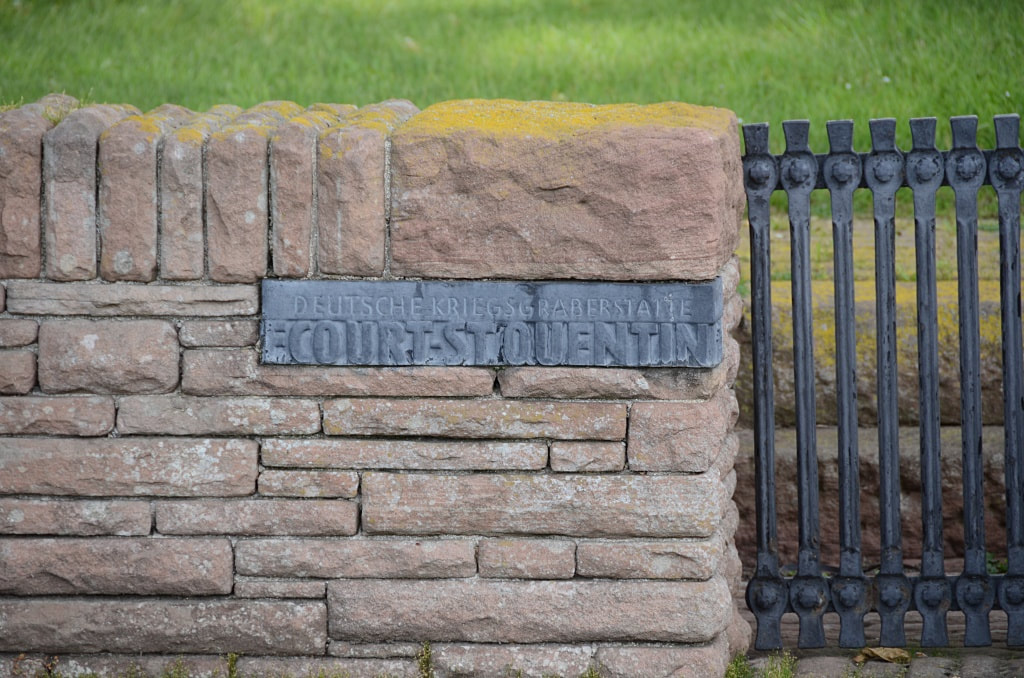 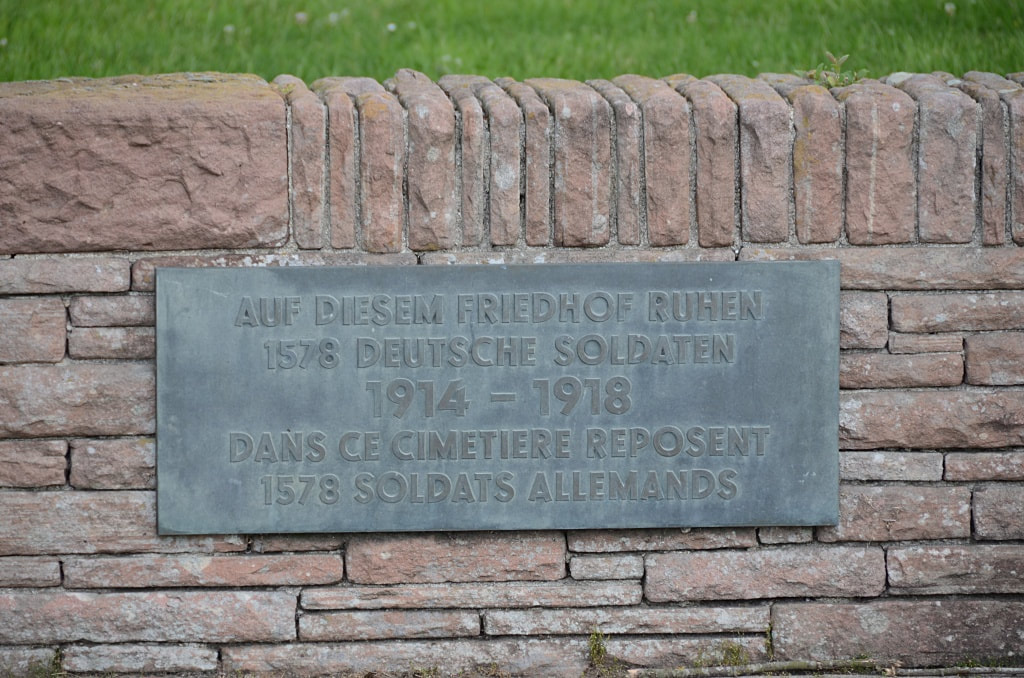 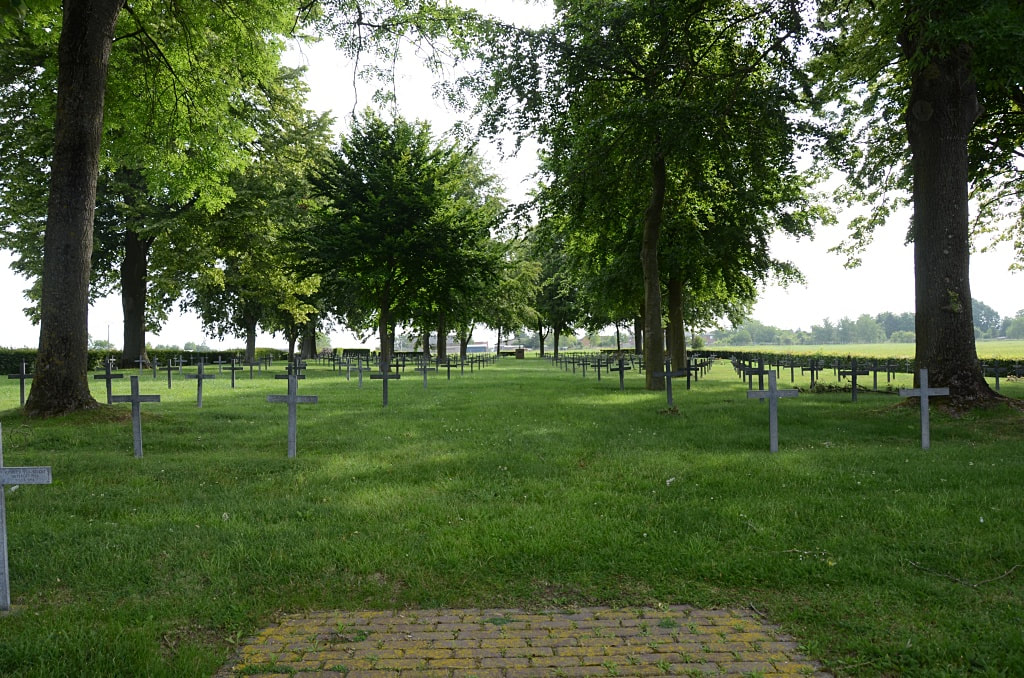 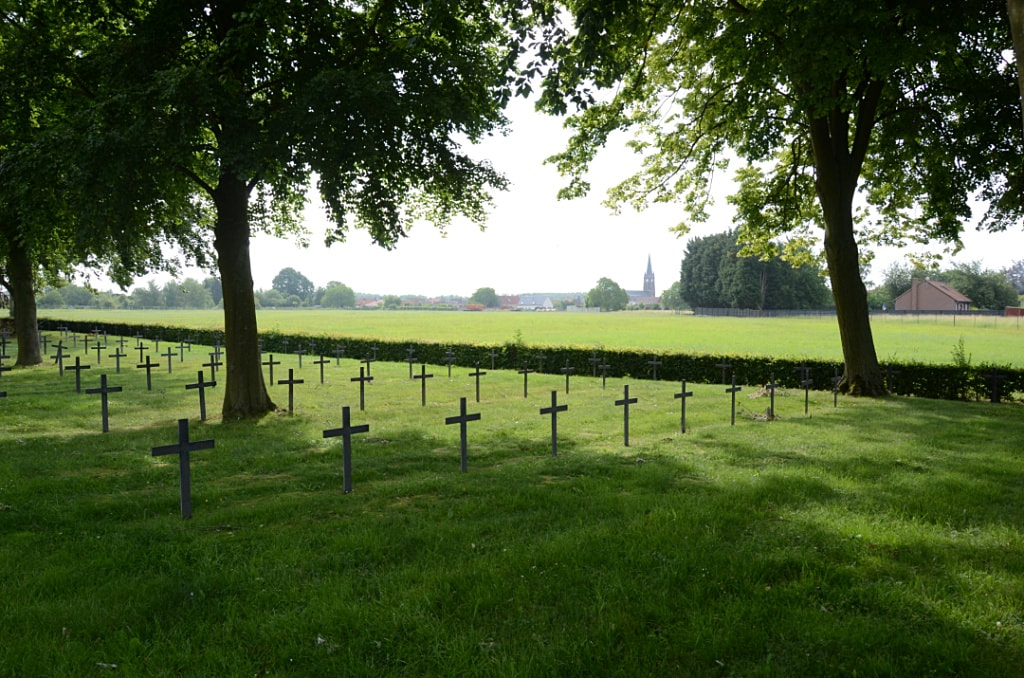 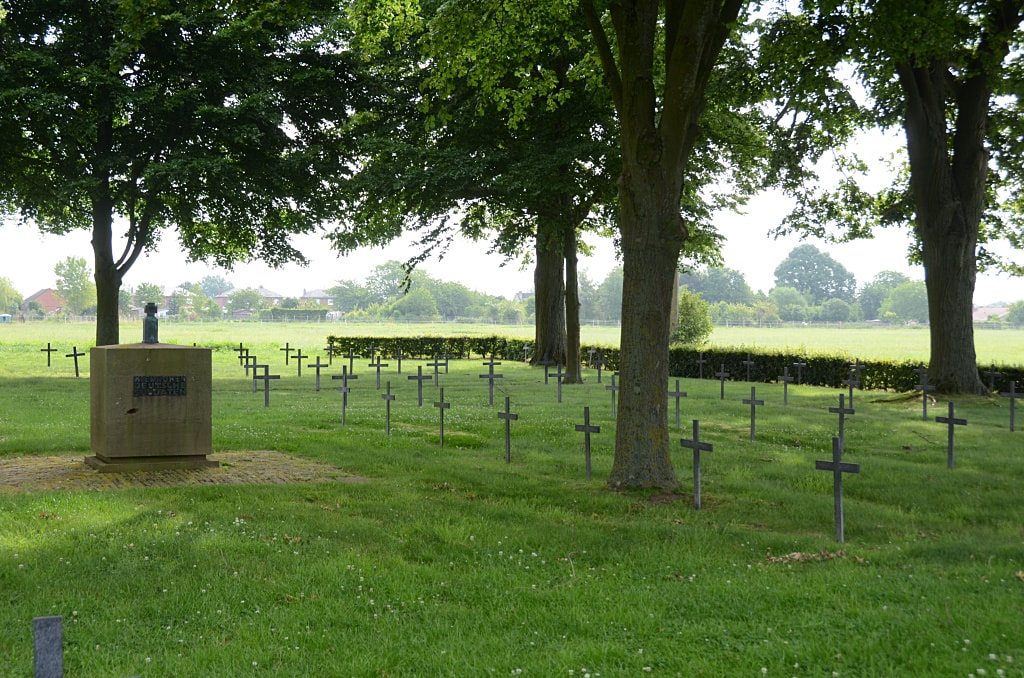 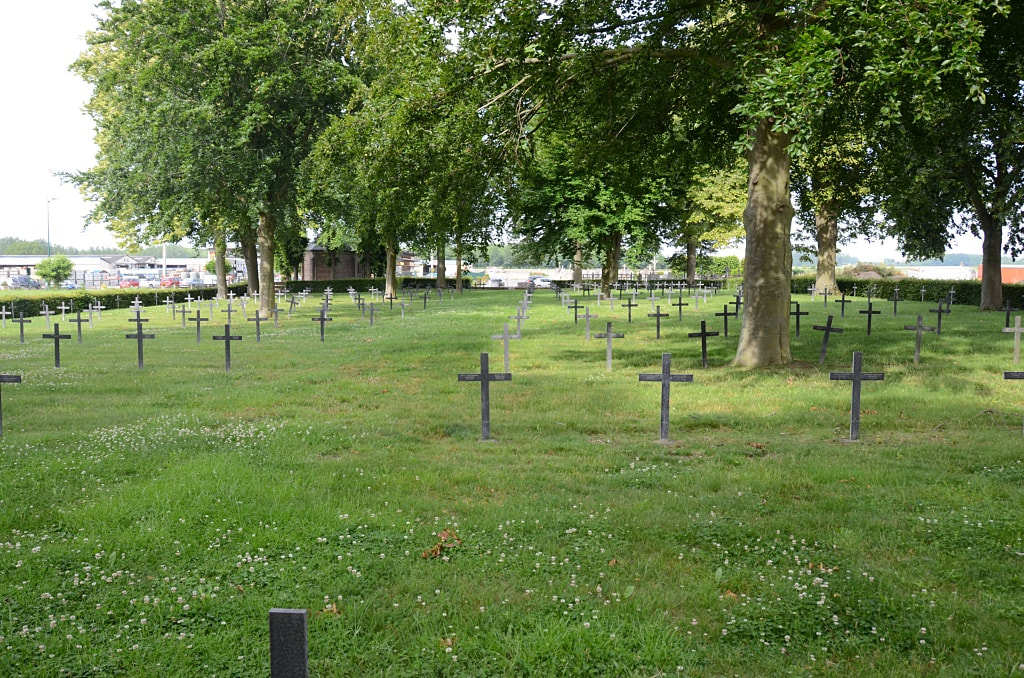 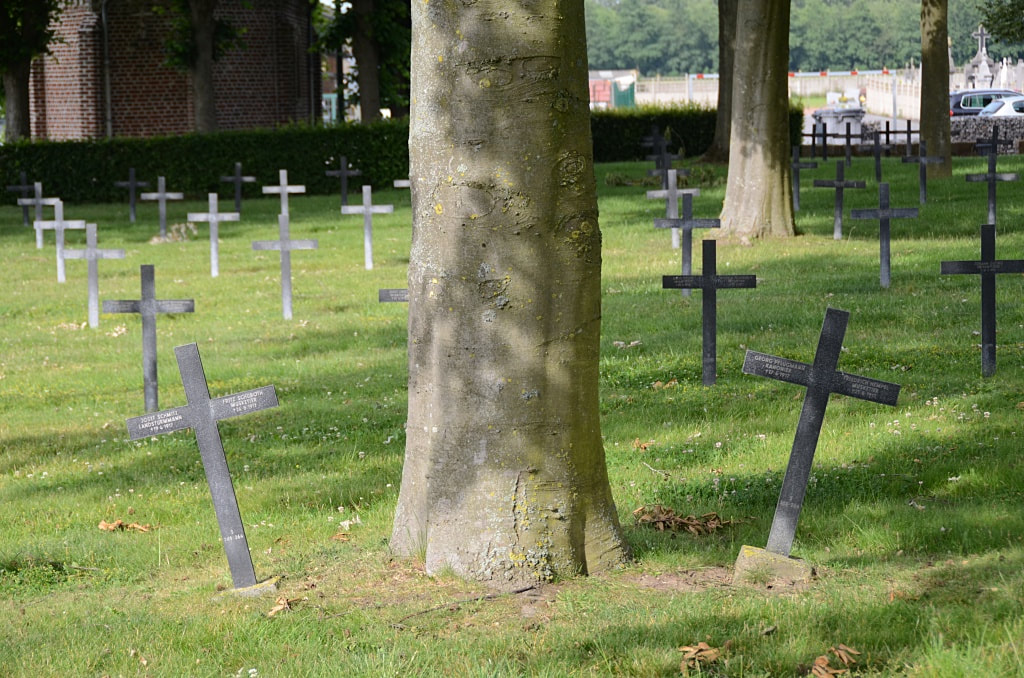