Chatby is a district on the eastern side of the city of Alexandria, between the main dual carriageway to Aboukir (known as Al Horaya) and the sea.

The Cemetery is located centrally within the main Alexandria Cemetery complex, which is bordered by Al Horaya on the south and the electric tramway which is parallel with Sharia Champollion on the north. Visitors can reach the entrance to the cemetery along the road Sharia Anubis, which lies centrally north/south through the cemetery area.

This cemetery has a central front entrance building with a metal gate/grill secured archway leading into it from two small grassed areas which form part of the roadside in front of the cemetery, which is bounded by a rendered wall.

The Cemetery is open Saturday to Thursday 0730 to 1430. The cemetery is kept locked outside of these hours.

Chatby Military and War Memorial Cemetery (originally the Garrison cemetery) was used for burials until April 1916, when a new cemetery was opened at Hadra. Thereafter, burials at Chatby were infrequent, although some graves were brought into the cemetery after the war from other burial grounds in the area.

During the Second World War, Alexandria was again an important hospital centre, taking casualties from campaigns in the Western Desert, Greece, Crete, the Aegean Islands and the Mediterranean. Rest camps and hostels were also established there together with a powerful anti-aircraft base. Alexandria was also the communications centre for the middle and near east and became the headquarters of the Military Police.

There are now 2,259 First World War burials in the cemetery and 503 from the Second World War. The cemetery also contains war graves of other nationalities and many non war and military graves, some of which date from 1882.

The CHATBY MEMORIAL stands at the eastern end of the cemetery and commemorates almost 1,000 Commonwealth servicemen who died during the First World War and have no other grave but the sea. Many of them were lost when hospital ships or transports were sunk in the Mediterranean, sailing to or from Alexandria. Others died of wounds or sickness while aboard such vessels and were buried at sea. 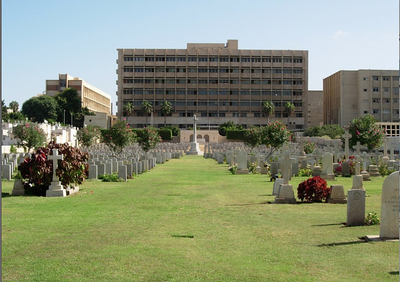 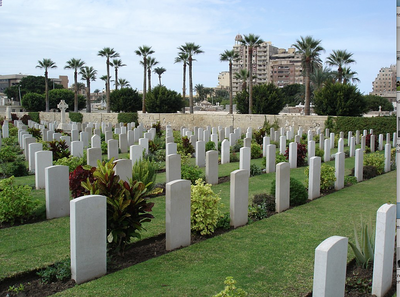 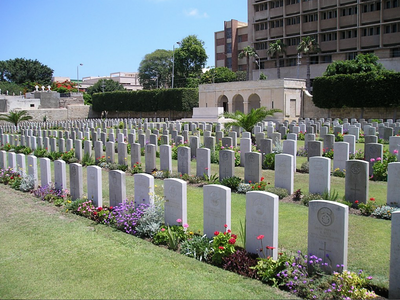 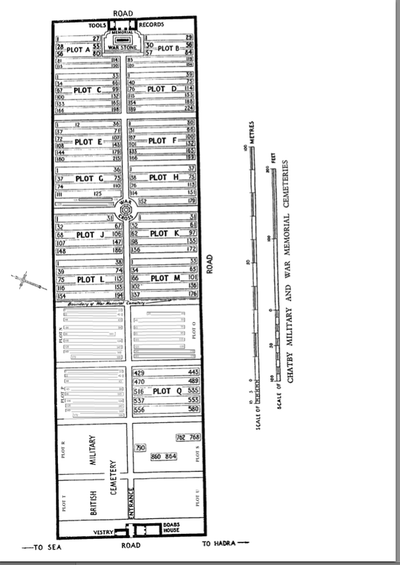 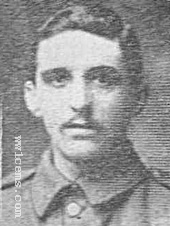 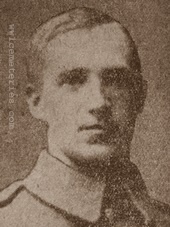 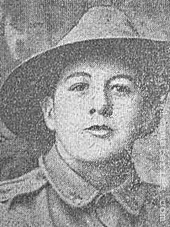 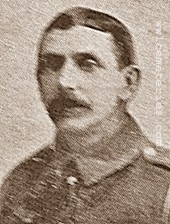 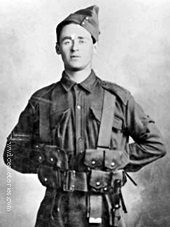 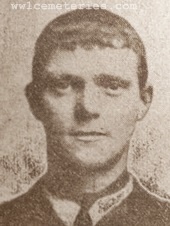 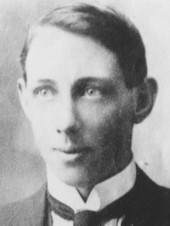 
Died of wounds received at Gallipoli, brother of Oliver  who is buried at Lone Pine Cemetery, Anzac

Son of the late George A. and Sarah Cumberland. Born at Scone, New South Wales. 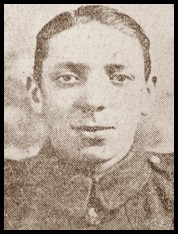 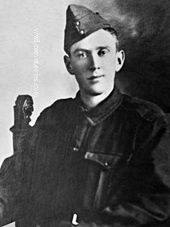 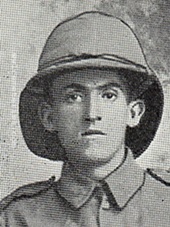 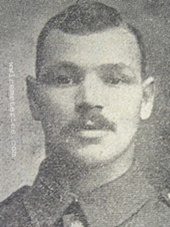 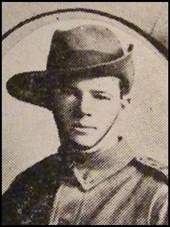 Even though he was serving in the South African Army, he was to be the only Australian to be executed. He was also the only soldier in WW1 who was hanged for his crime, and not executed by firing squad. More information on "Shot at Dawn" burials by clicking here. 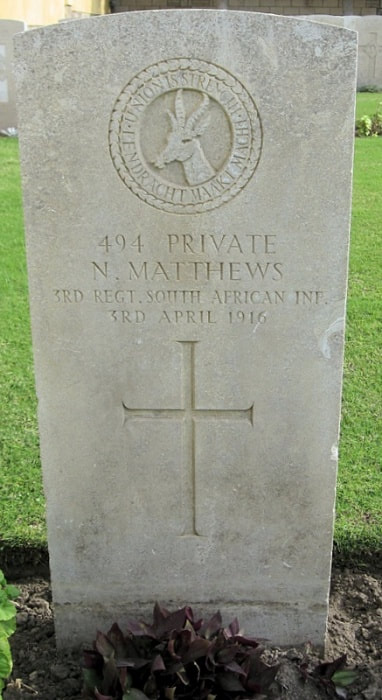 The above image, courtesy of Tony Emptage at "Shot at Dawn" photos. More information can be found on "Shot at Dawn burials" by clicking here