The cemetery is situated less than a kilometre north-west of Ismailia town centre on the Port Said Road. The cemetery is contained within the main Ismailia Civilian Cemetery complex, access to which is via the large iron gates opposite the Bus Station.

Wheelchair access to the site is possible via the main entrance.

Ismailia is a small town on the west side of the Suez Canal. The cemetery was begun in February 1915 following an unsuccessful attack on the town by Turkish forces (this action was later commemorated by the French with a memorial at Gebel Mariam), and continued to be used for burials from camps and hospitals in and around Ismailia and nearby Moascar. After the Armistice, the cemetery was enlarged when graves were brought in from other cemeteries in the area and from isolated sites. In 1956, the adjoining Indian cemetery was absorbed into the War Memorial Cemetery.

There are now 372 Commonwealth casualties of the First World War buried or commemorated in the cemetery. Second World War burials number 291. The cemetery also contains 297 non war graves, chiefly of servicemen of the garrison and their dependents, mostly dating from the inter war years. 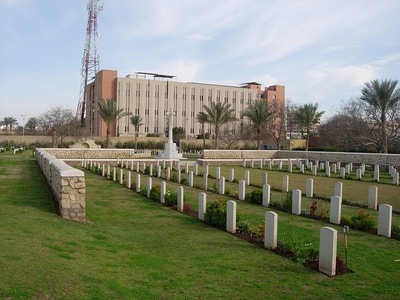 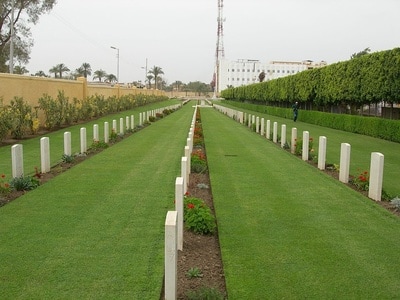 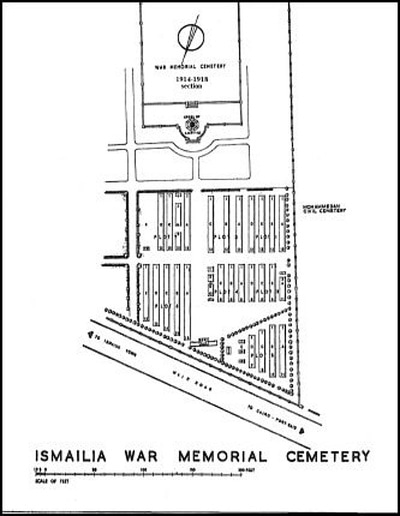 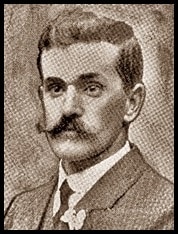 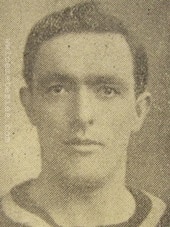