The village of Escanaffles is located east of Ronse (Renaix) on the N391. From the E17 motorway turn off at junction 3, Kortrijk-Oost, and onto the N8 direction Zwevegem. Follow the N8 through Heestert and into the village of Avelgem. In the village turn right by the square into Kerkstraat and then right again onto the N353 direction Bossuit. At the junction with the N391 turn onto the N391 direction Escanaffles. In the village turn left at the crossroads into Place and at the T junction turn right, the cemetery is along on the right. The graves are located through the main entrance and to the right. 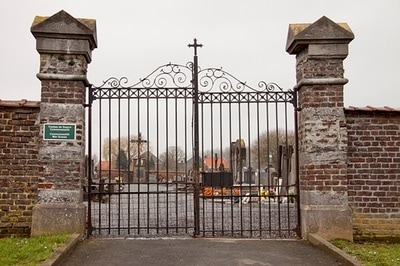 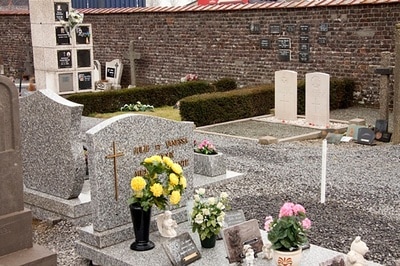 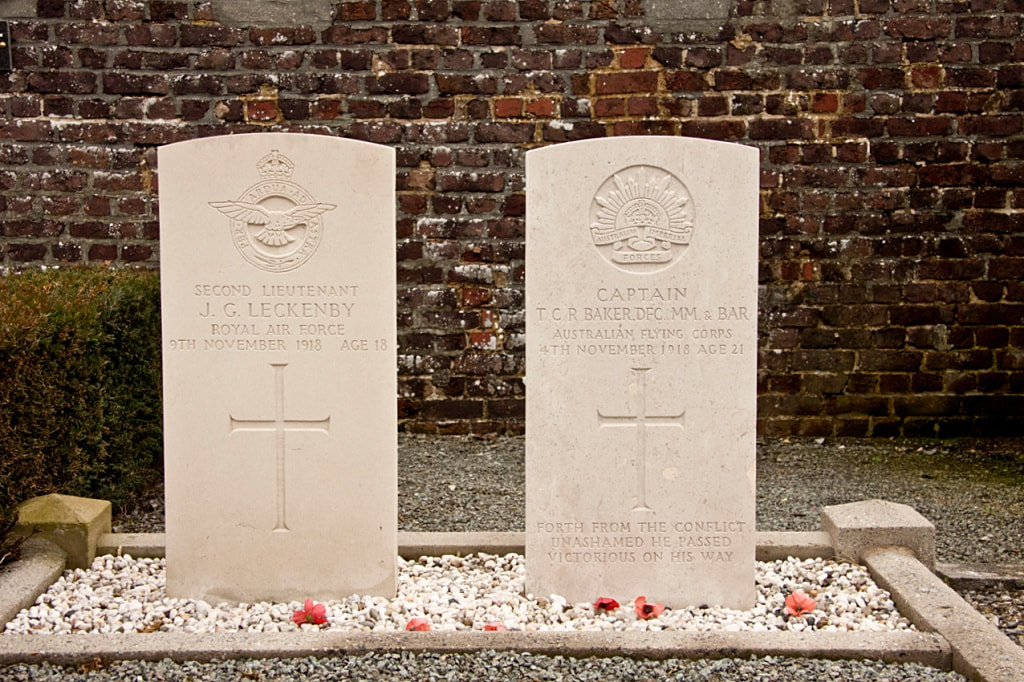 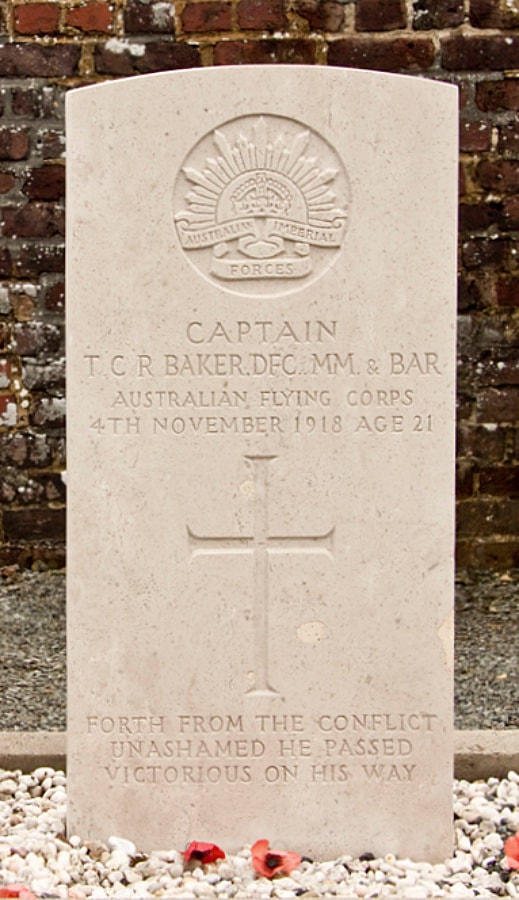 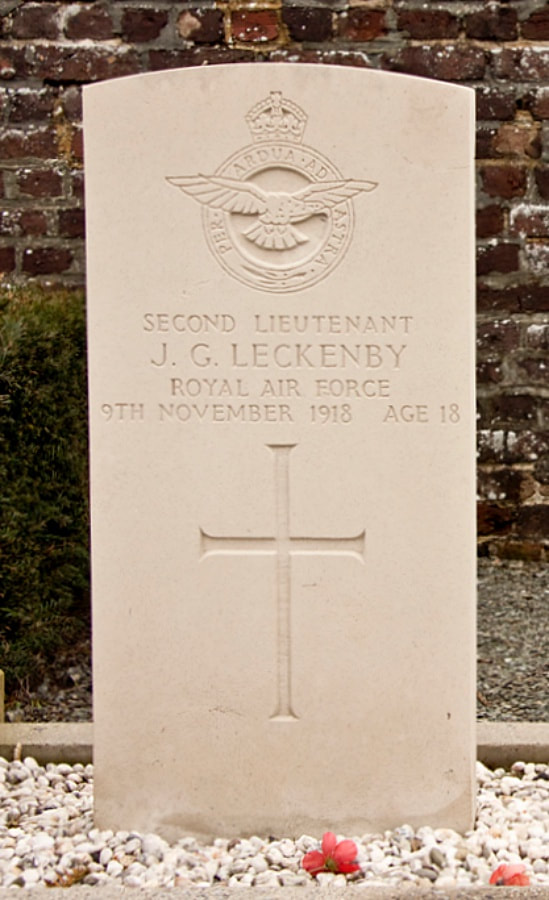 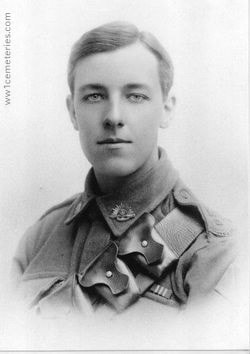 ​Near the east boundary, north of the entrance. Son of Annie Martha Baker, of 55, Park Terrace, North Unley, South Australia, and the late Richmond Baker.

Self portrait of 18 Gunner (Gnr) Thomas Charles Richmond Baker MM and Bar, 16th Battery, 6th Field Artillery Brigade (later No 4 Squadron AFC). Taken using the reflection in a dresser mirror, the Kodak camera is clearly seen beside Gnr Baker. Items on the dresser include a basket, an empty wine bottle and glass and a pile of papers. A bank clerk of Adelaide, SA, Gnr Baker enlisted on 29 July 1915 and sailed with the 1st Reinforcements aboard HMAT Persic on 22 November 1915. He was awarded the Military Medal (MM) on 19 February 1917 and was awarded a Bar to Military Medal on 21 August 1917. In October 1917 he transferred to the 4th Squadron AFC. With the rank of Captain, he was appointed flight-commander and piloted both Sopwith Camel and Sopwith Snipe aircraft on operations over France, Belgium and Germany. He was reported killed in action, aged 21, on 4 November 1918 after going missing while on offensive patrol over Belgium and is buried at Escanaffles Communal Cemetery, Hainault, Belgium. He was posthumously awarded the Distinguished Flying Cross (DFC) on 23 May 1919 and is quoted as having "carried out some forty low flying raids on hostile troops, aerodromes, etc., and has taken part in numerous offensive patrols, he has, in addition, destroyed eight hostile machines. In all these operations he has shown exceptional initiative and dash, never hesitating to lead his formation against overwhelming odds, not shirking from incurring personal danger." He is credited with destroying eight enemy aircraft with a further four unconfirmed.​