Ferme Buterne Military Cemetery will be found 1 kilometre south-east of the village of Houplines, which is 2 kilometres east of the centre of Armentieres on the D945, and 2 kilometres north of La Chapelle D'Armentieres.

Houplines was in Allied hands (but near the front line) from 17 October 1914, when it was taken by the 4th Division. It fell into German hands in April 1918 during their great advance, but was recovered in September. The village contained four Commonwealth cemeteries in addition to plots in the communal cemetery, but the graves were regrouped after the war and only two cemeteries remain.

Ferme Buterne Military Cemetery was used from January to October 1915, chiefly by the 6th Division. It contains 129 Commonwealth burials, two of which are unidentified. 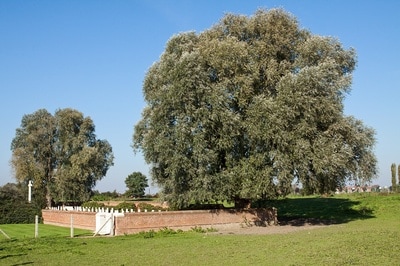 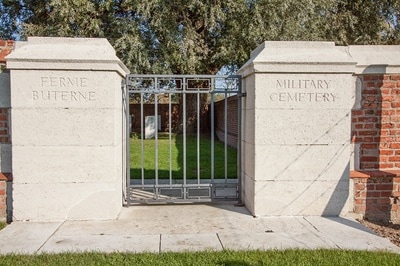 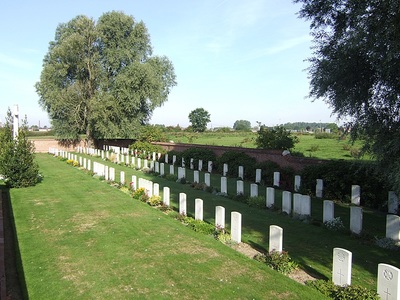 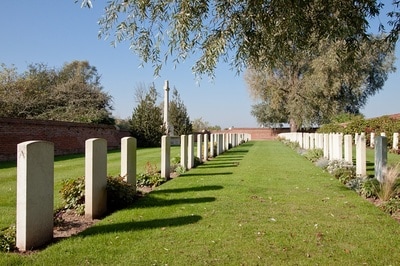 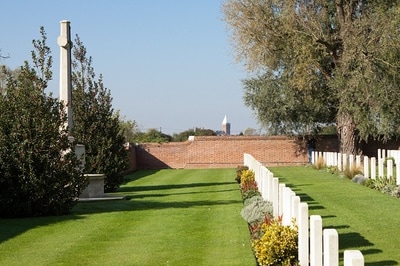 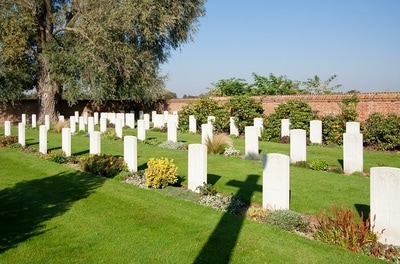 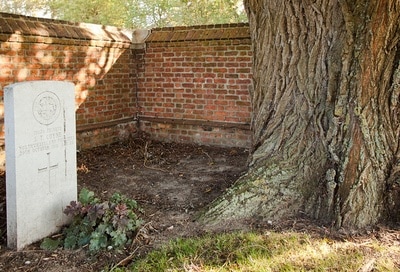 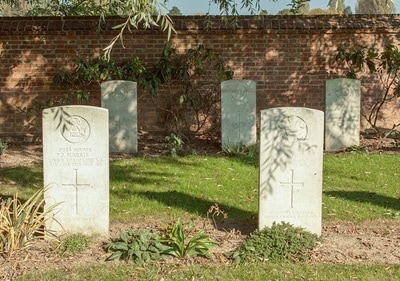 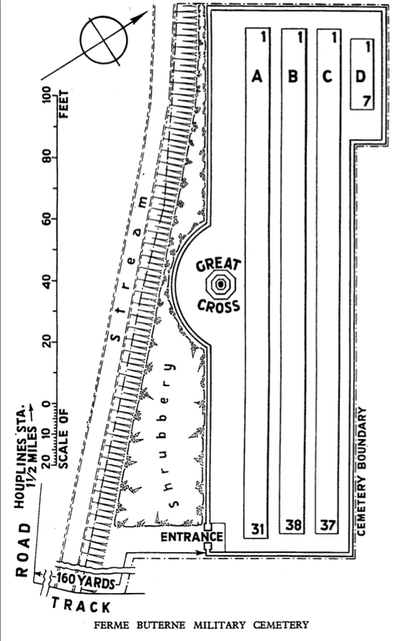 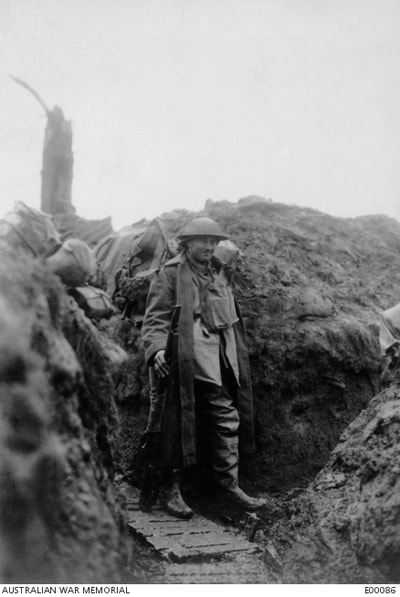 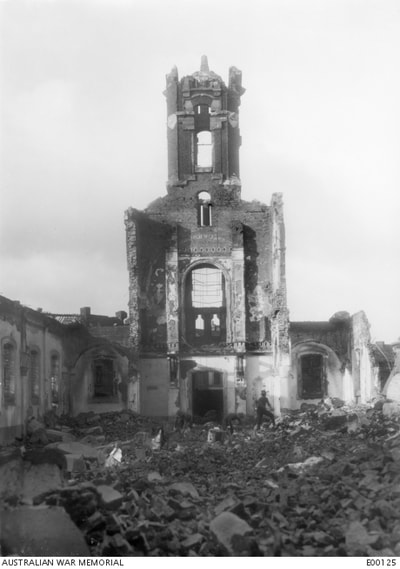 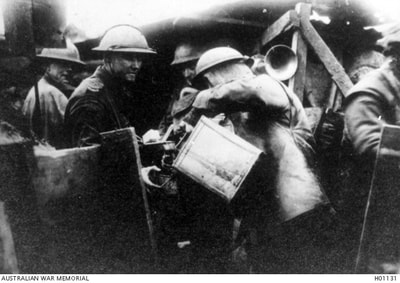 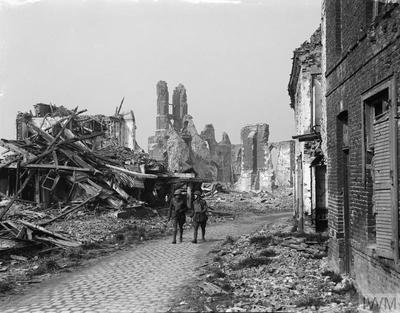 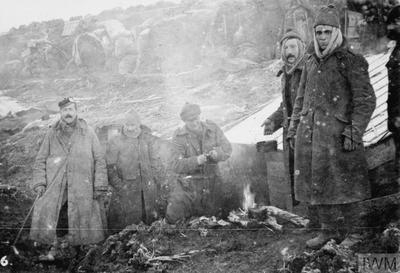 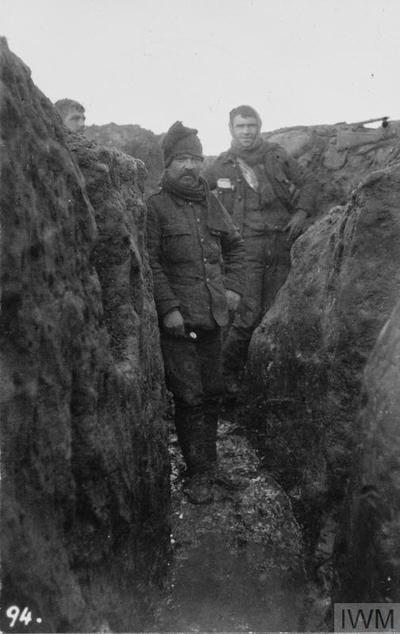 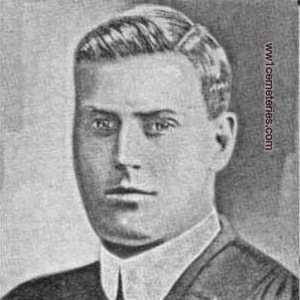 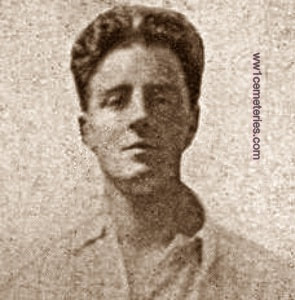 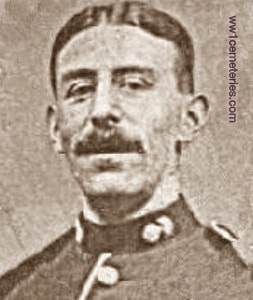 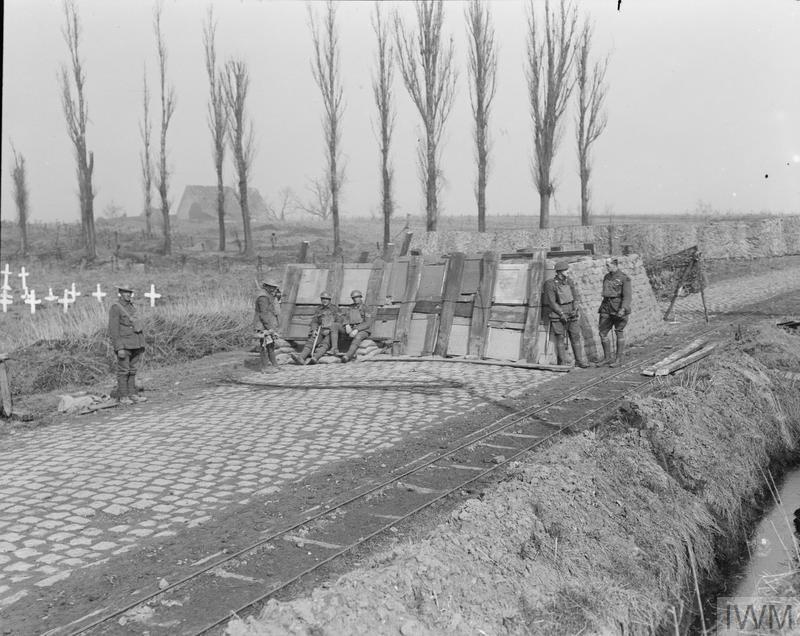 Post of the 13th Battalion, Welsh Regiment (38th Division) on the Houplines-Frelinghien road. Note camouflage screen across road and a small graveyard on the left, 13 March 1918. © IWM (Q 11563) 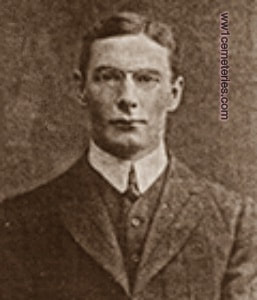 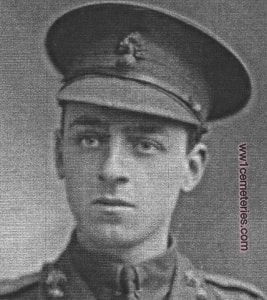 ​His headstone bears the inscription; "O'er that He triumphed, O'er this may I." 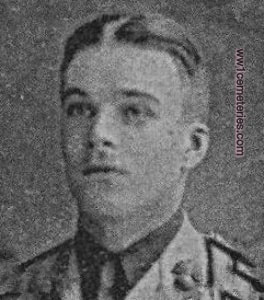 His headstone bears the inscription; "He, Dying So, Lives'" 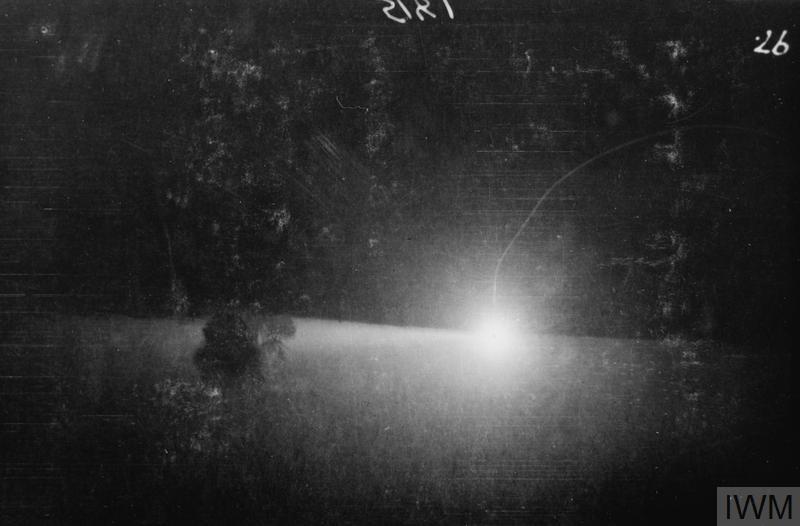 A German searchlight at night. Seen from the Houplines trenches which were occupied by the 1st Battalion, Cameronians (Scottish Rifles), 19th December 1914. © IWM (Q 51551)