The Third Australian Division Memorial in Sailly-le-Sec which was built in 1919-1920, commemorates the task of the division around this village on March 1918.

On the high country above Sailly-le-Sec, at the intersection of the D1 and the road that climbs northwards out of the village, is the Third Australian Division Memorial. Built in1919-1920, it commemorates the task of the division around this village.
​
The leading battalions of the division came to this land of deep, river valleys and broadsweeping uplands on the morning of 27 March 1918 marching up towards this spot from the village of Heilly in the valley of the Ancre just to the north. Their task was to occupy an old French defence line between the river Ancre in the north and the Somme in the south, roughly between the villages of Mericourt–L’Abbé and Saillyle- Sec, and slightly to the east of these settlement. 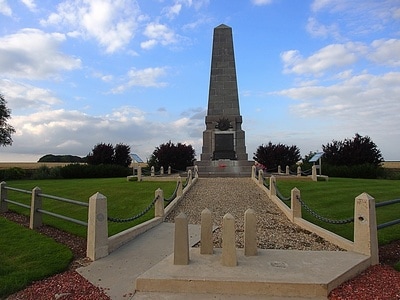 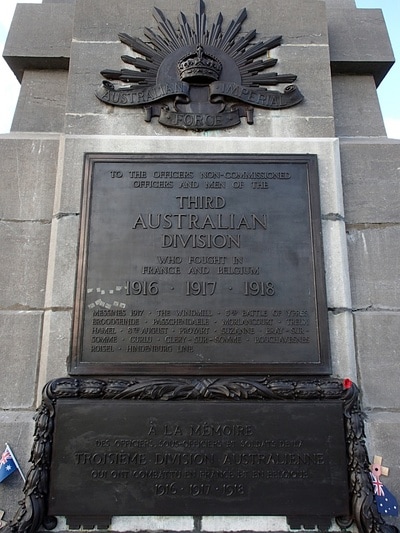