Flers is a village in the Department of the Somme, about 8 kilometres north-east of Albert. From the D929, direction Bapaume-Albert, leave Bapaume and after 1.3 kilometres follow the signs for Ligny Thilloy. Continue through the village until you give way to the D10, then turn right and follow signs for Flers. The 41st Division Memorial is located in the middle of the village.

The 41st Division memorial sits in Flers in commemoration of their liberation of the village. This memorial, topped with a bronze battle dressed soldier, has been made particularly famous in its depiction as the photo on the cover of Rose Coombs' quintessential battlefield tour guide Before Endeavours Fade. The statue by Albert Toft is the same figure used at the Royal London Fusiliers Monument in London and Oldham war memorial. 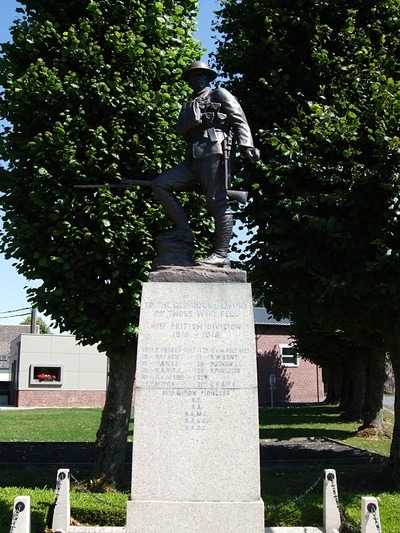 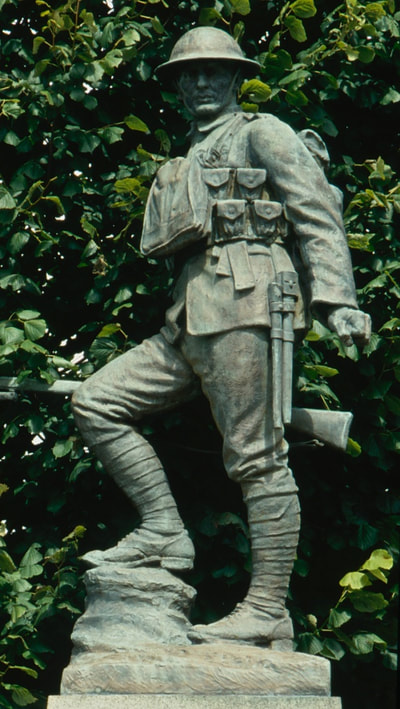 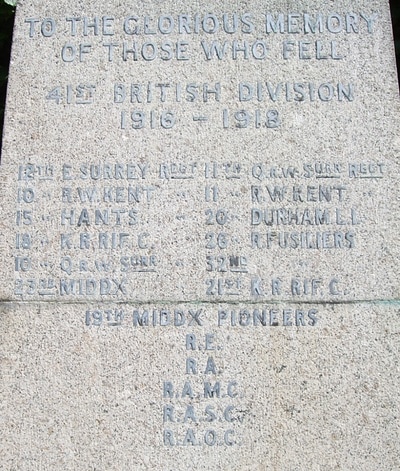 Memorial at Holborn in London 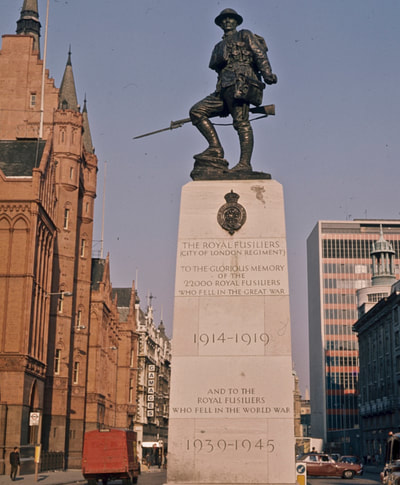 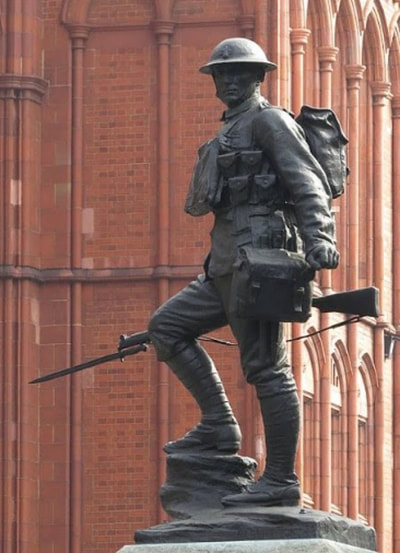 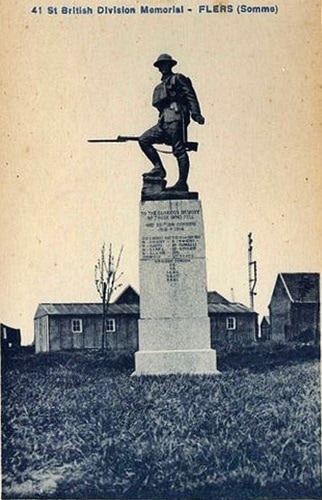