Designed by Ian B. Hamilton, the 9th Scottish Division Memorial was unveiled on the 9th April 1922. Its original location was in the middle of the Arras-Douai road but its visit became dangerous because of heavy traffic. It was moved in 2006 and placed in front of Point-du-Jour Military Cemetery where many men of the 9th Scottish Division finally rest.
​
The 30 feet high Cairn, built from blocks of granite, bears the Battle Honours of the Division during the Great War.
Twenty-six granite boulders bears the name of units which served in the Division in 1915-1918. 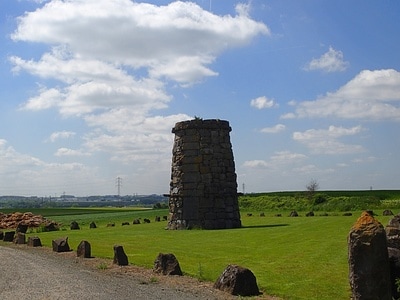 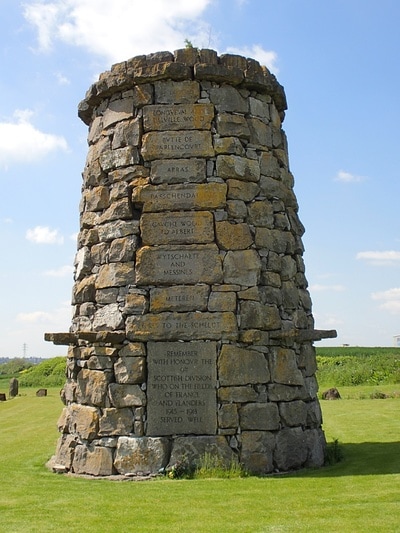 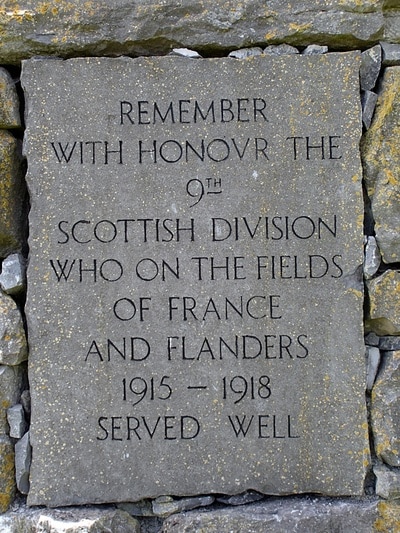 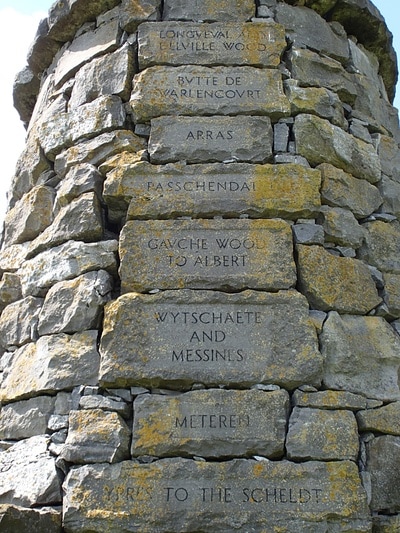 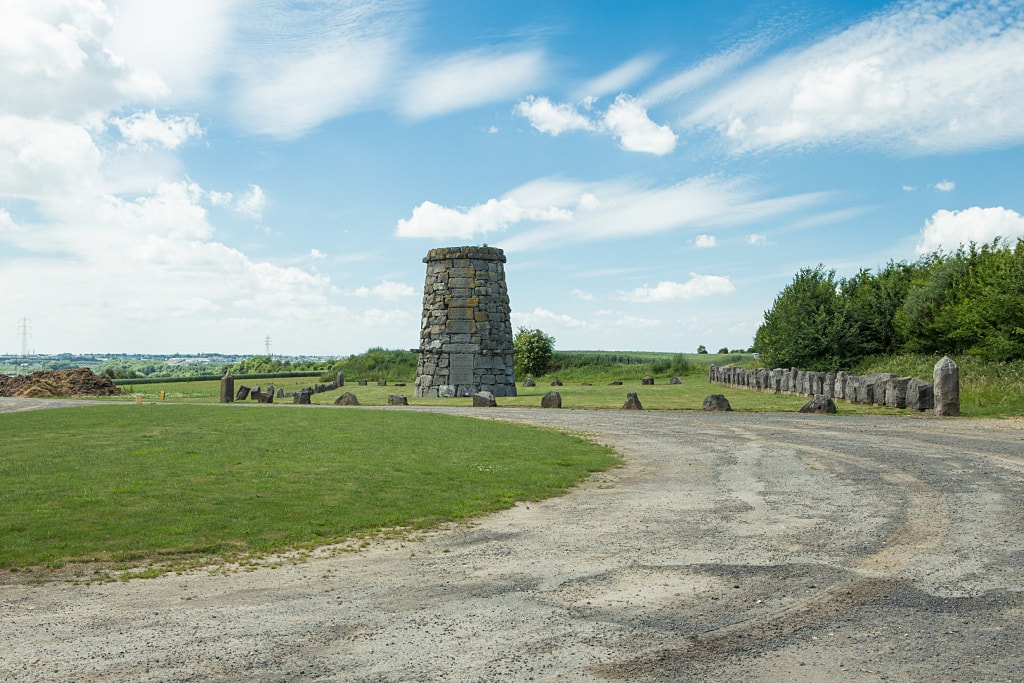 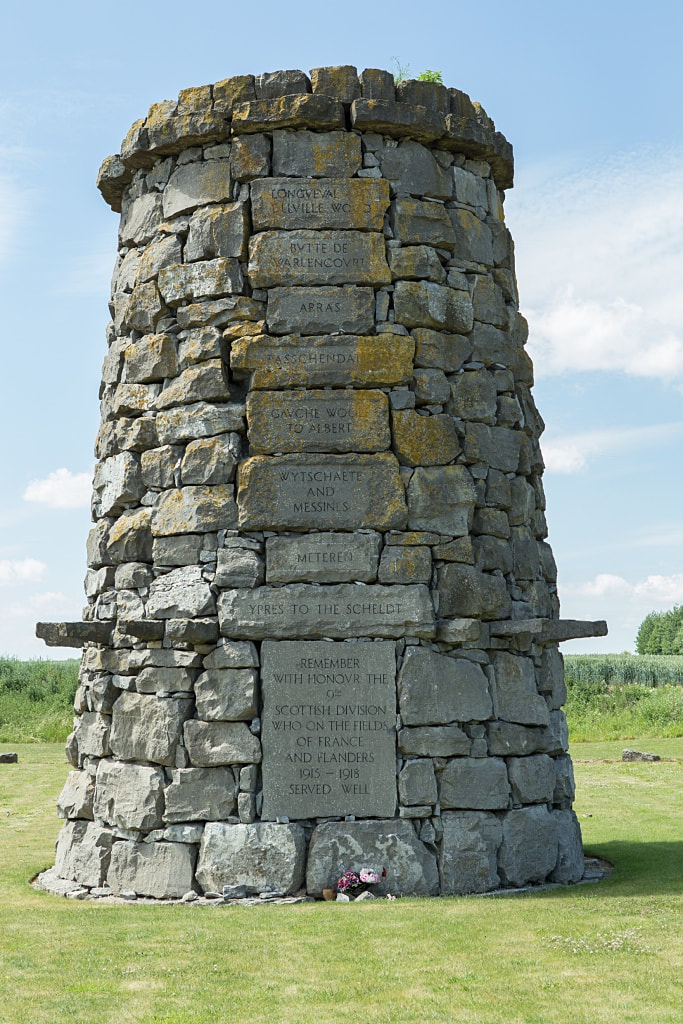 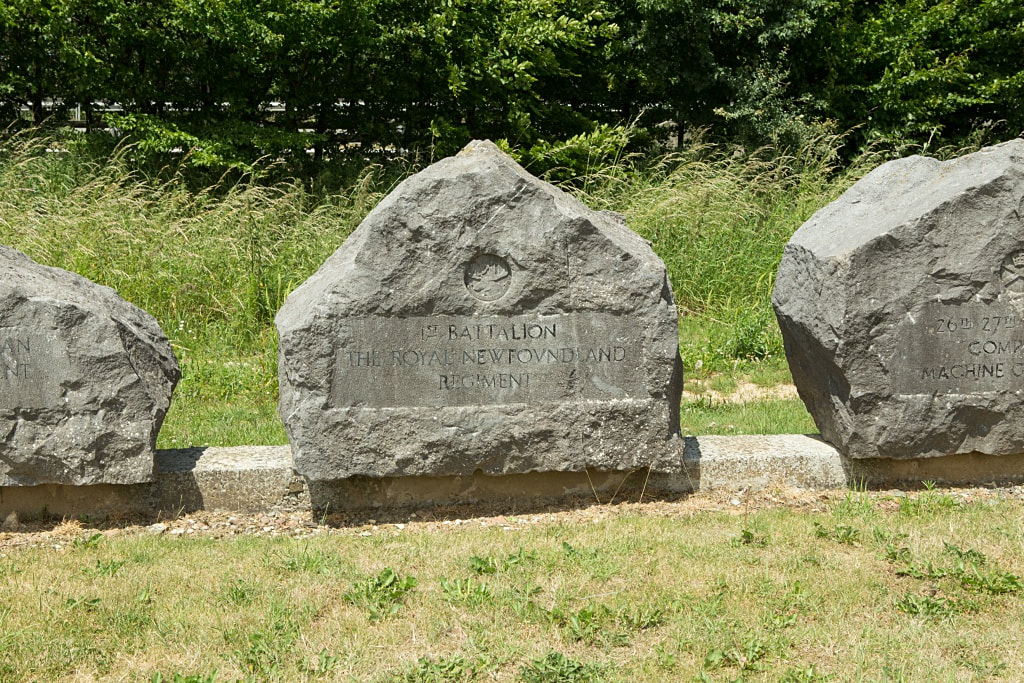 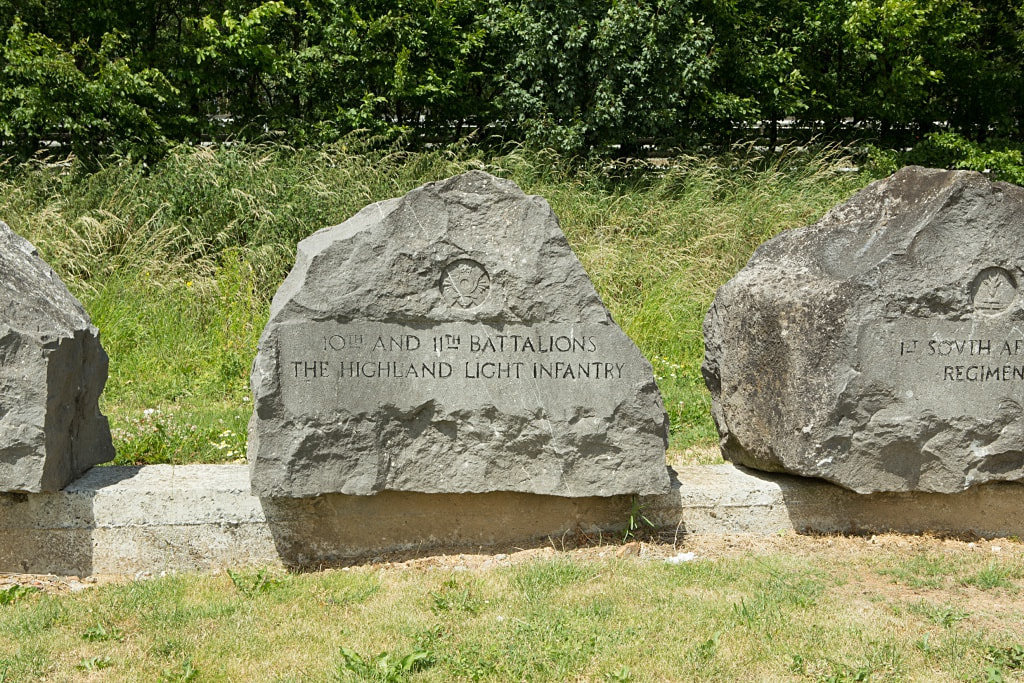 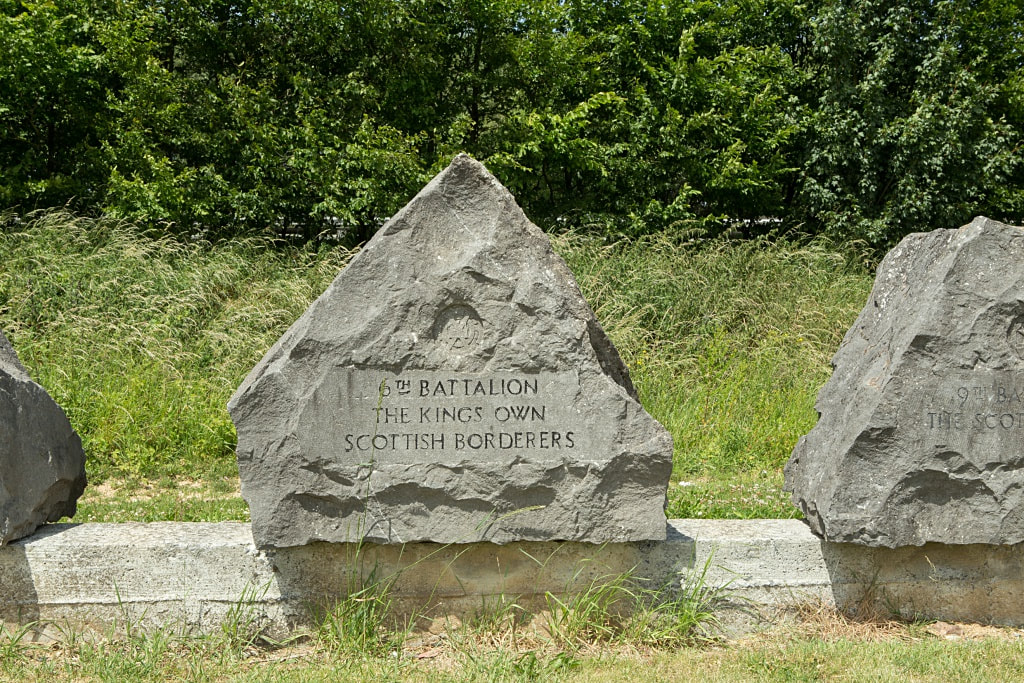 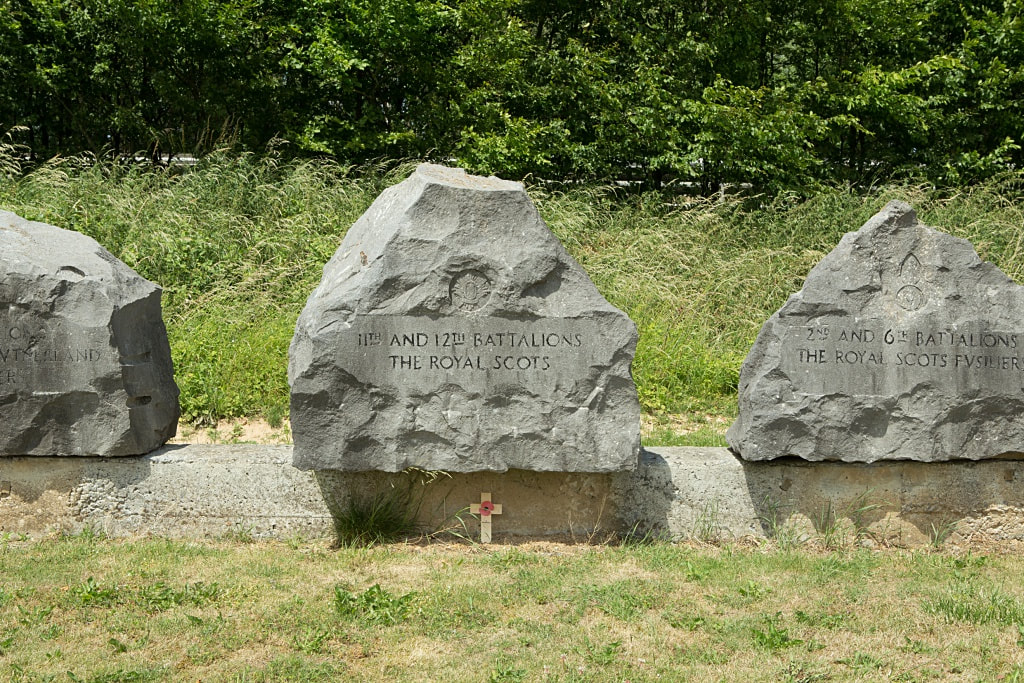 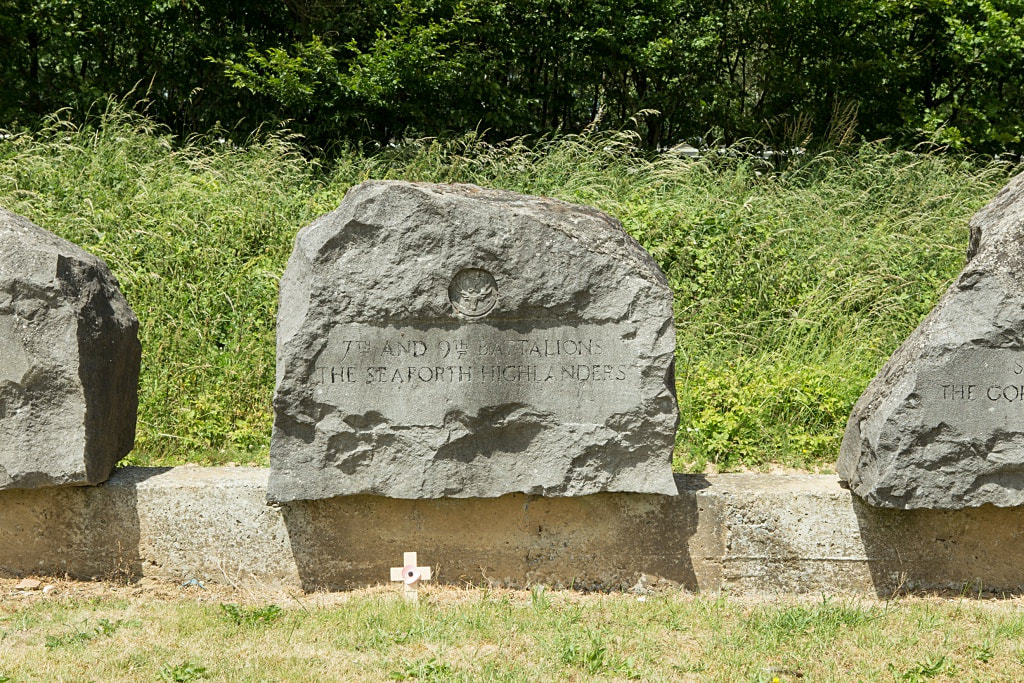