The memorial is on the Mametz road from Contalmaison and is close to the spot where Donald Bell was originally buried. The memorial which was unveiled on 9th July 2000 replaces a wooden cross which was erected by his battalion. 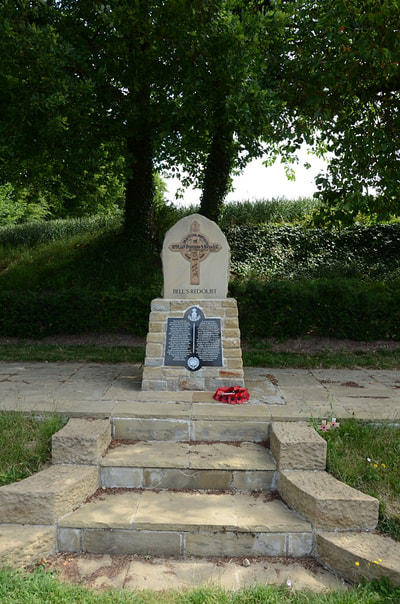 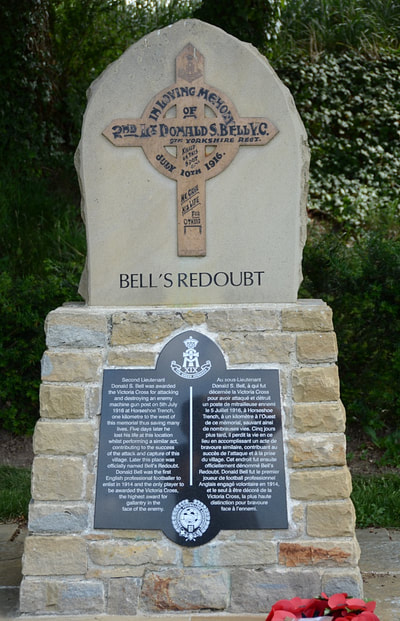 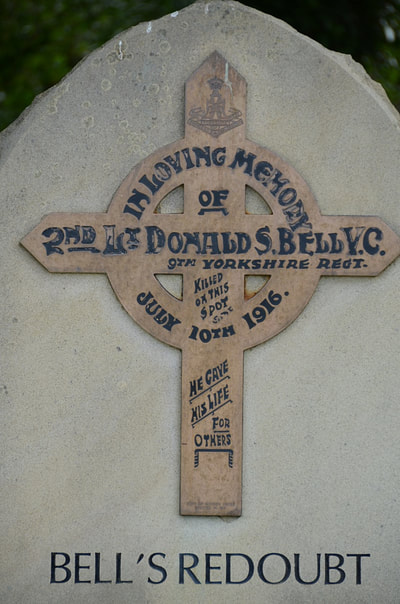 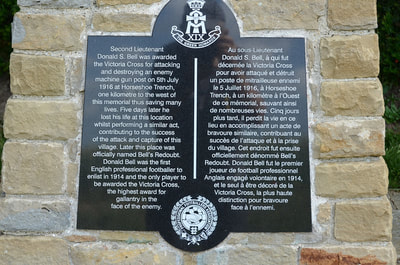 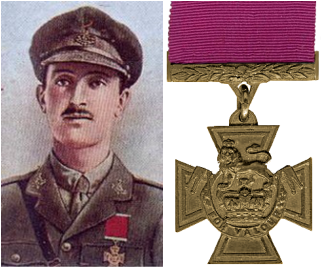 Citation: An extract from "The London Gazette," No. 29740, dated 8th Sept., 1916, records the following:- "For most conspicuous bravery. During an attack a very heavy enfilade fire was opened on the attacking company by a hostile machine gun. 2nd Lt. Bell immediately, and on his own initiative, crept up a communication trench and then, followed by Corpl. Colwill and Pte. Batey, rushed across the open under very heavy fire and attacked the machine gun, shooting the firer with his revolver, and destroying gun and personnel with bombs. This very brave act saved many lives and ensured the success of the attack. Five days later this very gallant officer lost his life performing a very similar act of bravery. 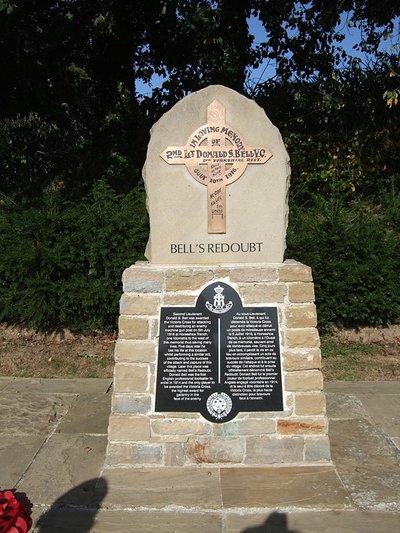 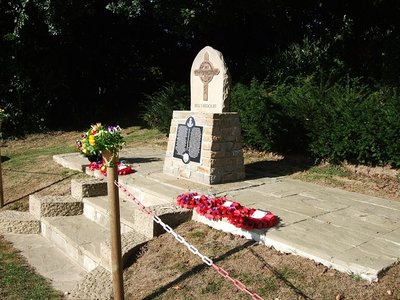