Neuville-St. Vaast is a village 6.5 kilometres north of Arras. The Torch of Peace Memorial is located to the west of the village at the crossroads of the D49 and D937.

The huge Torch of Peace rising out of the ground in Neuville-Saint-Vaast is certainly a striking feature of the village and symbolizes for the 1,500 people who live there a fresh start after the turmoil. The scene of fierce fighting, because of its proximity to Lorette Spur and Vimy Ridge, not one building was left standing in the village by the end of the Great War.
Seized by the Germans in October 1914, this heavily-fortified position was retaken in 1915 by the French after two weeks of incessant fighting which cost the lives of more than 5,000 men and left the village in ruins. That day of liberation, 9 May, is forever inscribed on a plaque which girdles the famous torch-holding hand. In 1932, on the day of the memorial's inauguration in the grounds of the Neuville Home for Disabled Veterans, white stone from the rubble of the flattened village was placed around its base as a symbol of the destruction.

In addition to the torch, the entrance to the Home was once marked by a monumental concrete arch but this is now gone. The Home came into being when the various belligerents of the Great War set up national cemeteries in the area. They employed disabled war veterans to maintain and guard the cemeteries however at that time the region of Artois had no suitable accommodation for the veterans, some of whom were severely handicapped. This situation was resolved by a French philanthropist called Ernest Petit who had built sixteen detached houses specifically designed for the disabled veterans and their families. Moreover the veterans could buy the houses for a fifth of their value. The houses were named after officers who served in the area such as Barbot, Mangin, Foch, Joffre, and Pétain. Ernest Petit also had built an accommodation centre for families visiting the graves of their loved ones killed during the war.
Just like the phoenix on its coat-of-arms, Neuville-Saint-Vaast rose from the ashes of the Great War. 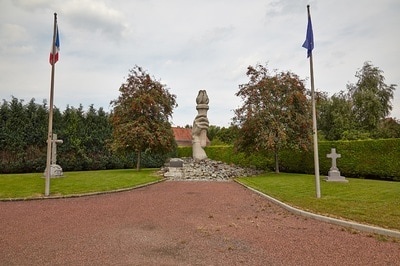 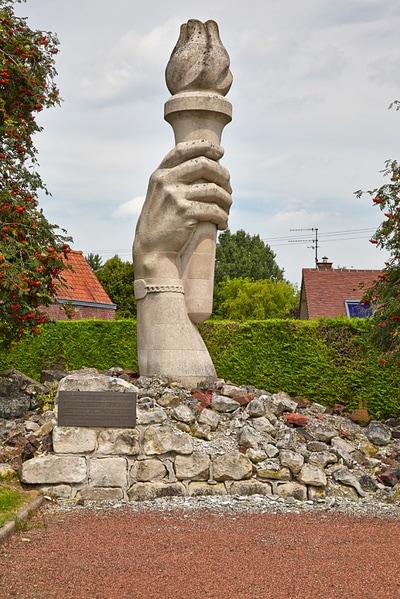 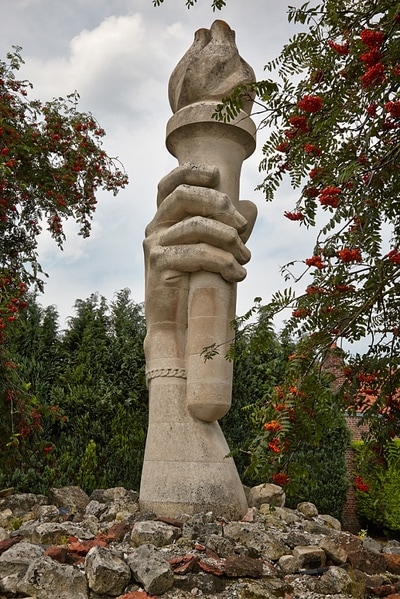 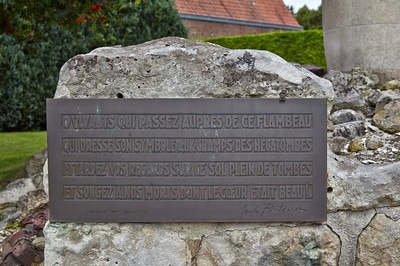 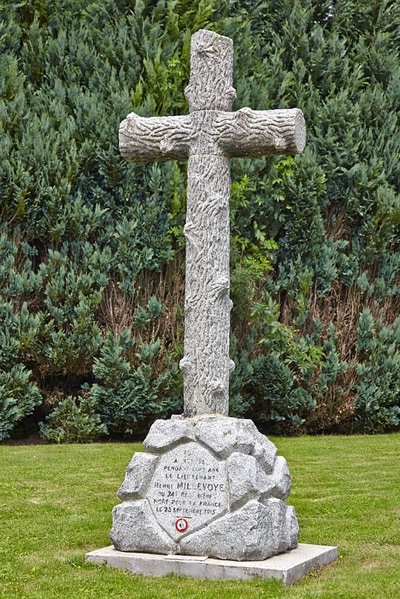 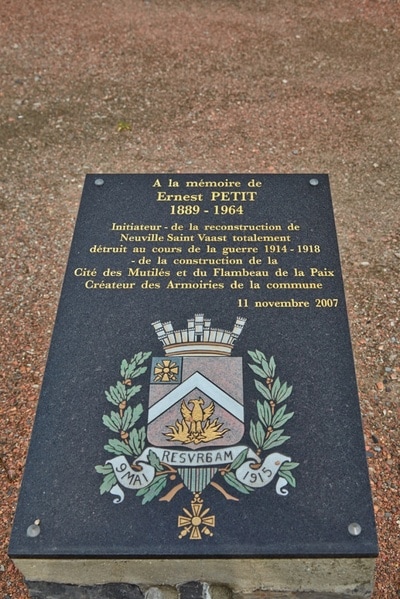