Longueval is a village 11 kilometres east of Albert. From the village square take the road towards Flers (D 197) following the signs for the New Zealand memorial. A short distance along this road you will turn off to the left and up a long laneway to the monument. There is parking space there and the monument sits in the centre of a turning circle.

The memorial was unveiled in October 1922 and stands on the site of the Switch Trench and First Objective on the 15th September 1916.

Like other New Zealand memorials it takes the form of a column on a raised stepped base. At the base of each side there is a panel.

The memorial is dedicated: In Honour of the men of the New Zealand Division. First Battle of the Somme, 1916.

Underneath this is a design of a Maori carving surrounding the words New Zealand and a fern-leaf. The sides carry (in English and French) the story of the day.

The New Zealand Division, after gaining this position as their first objective, launched from it the successful attack on Flers, 15th September, 1916
​
At the base of the monument is engraved the phrase From the uttermost ends of the earth. 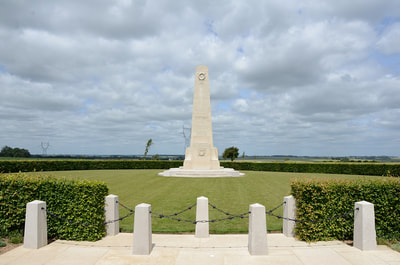 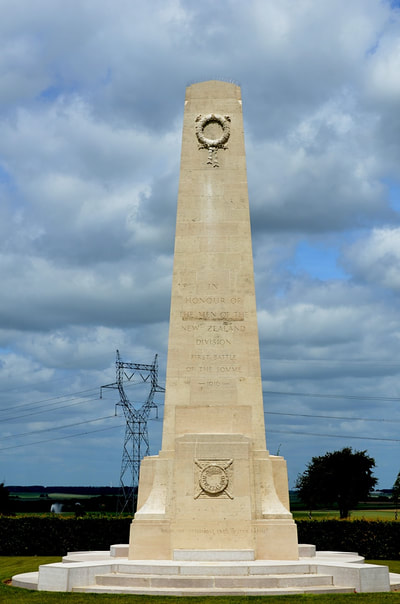 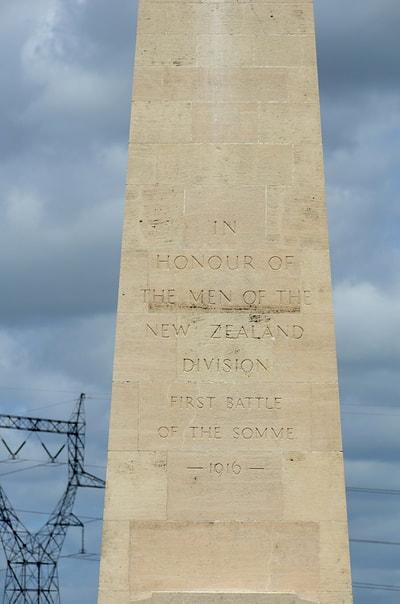 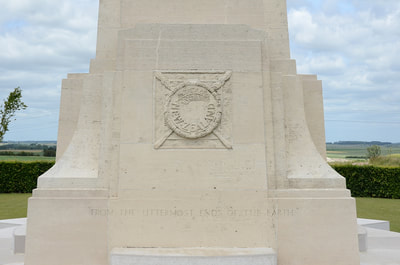 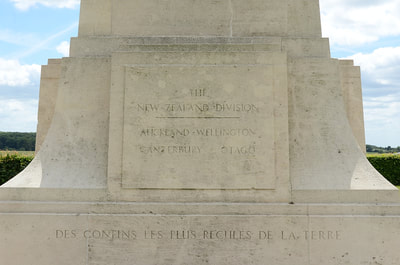