Longueval is a village 11 kilometres east of Albert.

The 3 metre high monument is situated in the village square at the corner of the Bazentin Road opposite the village’s own memorial.

On 20th July 2002 a new memorial was unveiled at the village of Longueval. It is dedicated to all pipers who fell during the Great War, regardless of race or unit. Many pipers continued to play despite wounds and always with a disregard for the storm of shells and bullets falling about them.


ADANAC Cemetery near Courcelette lies the grave of Piper James Richardson VC who played his 16th Battalion Canadian Infantry into action at Mouquet Farm on 8th October 1916. Later that evening after helping to bring in wounded he was killed trying to retrieve his pipes.

Longueval was the scene of very heavy fighting by the 9th (Scottish) Division during the Battle of the Somme in July 1916. Incorporated within the Division was the South African Brigade who had their defining moment in Delville Wood.

Sculptured by Andy De Comyn it depicts a piper in full battle dress, kilt and tin helmetclimbing up and over the parapet of a trench encouraging the men on with the sound of his pipes.

The plaques around the base of the statue show the regiments which lost a piper. 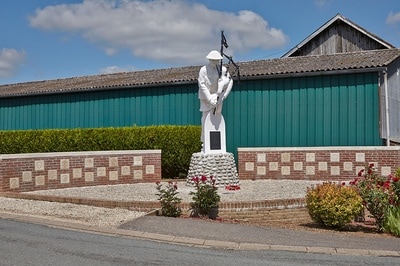 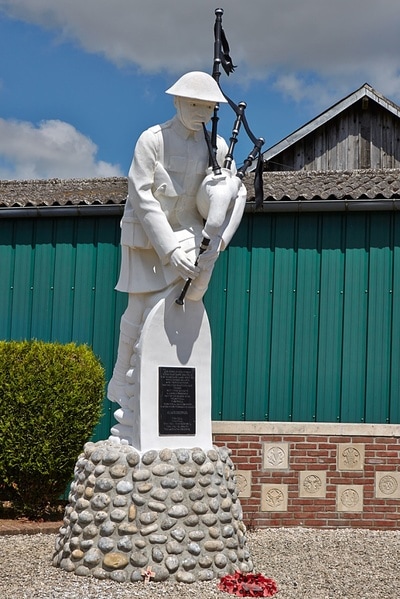 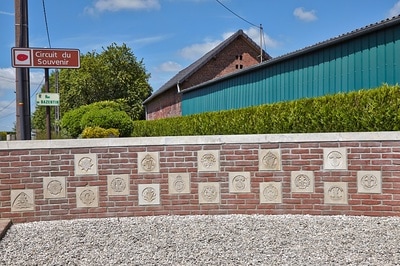 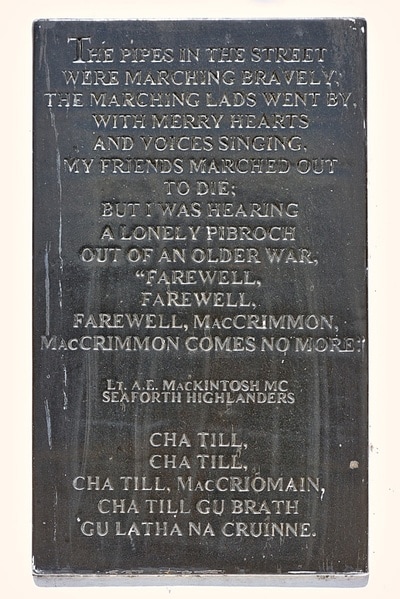 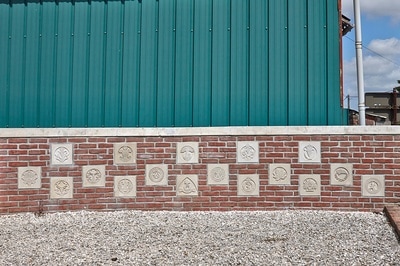 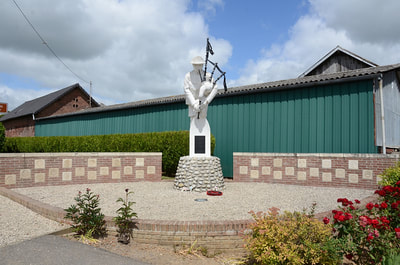 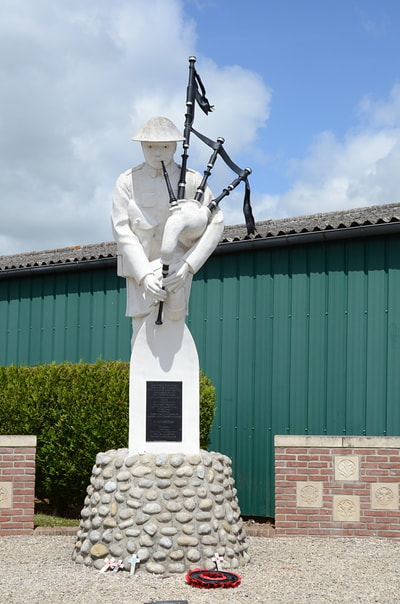 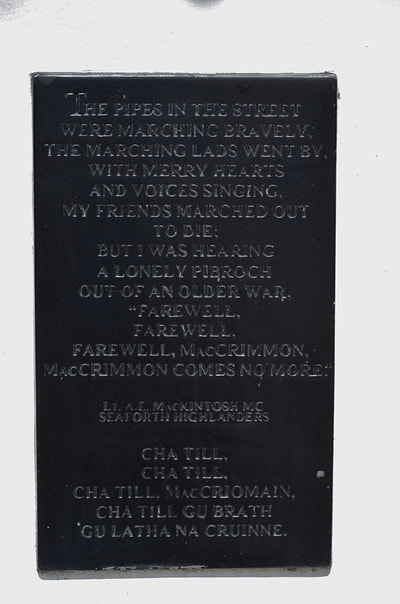 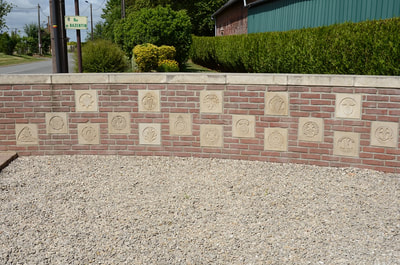 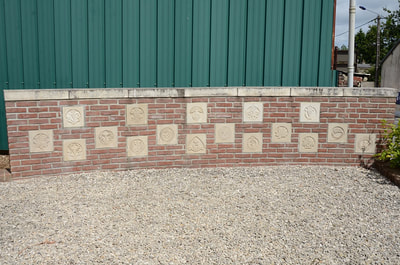