Tranchée des Baîonnettes is located north of Verdun on the D913 close to the Ossuary at Douaumont.

Historical Information
​
Among many revered memorials on the battlefield is the "Bayonet Trench", which marks the location where some dozen bayonets lined up in a row were discovered projecting out of the ground after the war; below each rifle was the body of a French soldier. It has been assumed that these belonged to a group of soldiers who had rested their rifles against the parapet of the trench they were occupying when they were killed during a bombardment, and the men were buried where they lay in the trench and the rifles left untouched. However, this is probably not historically accurate: experts agree that the bayonets were probably affixed to the rifles after the attack, and installed by survivors to memorialize the spot. 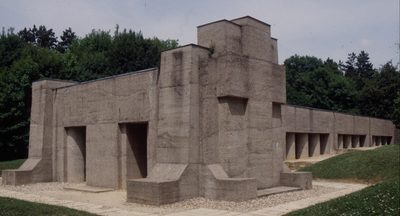 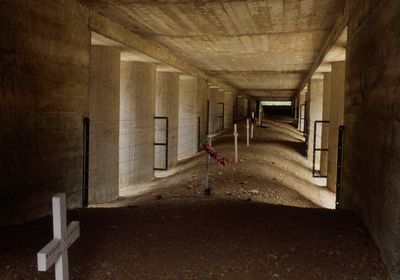 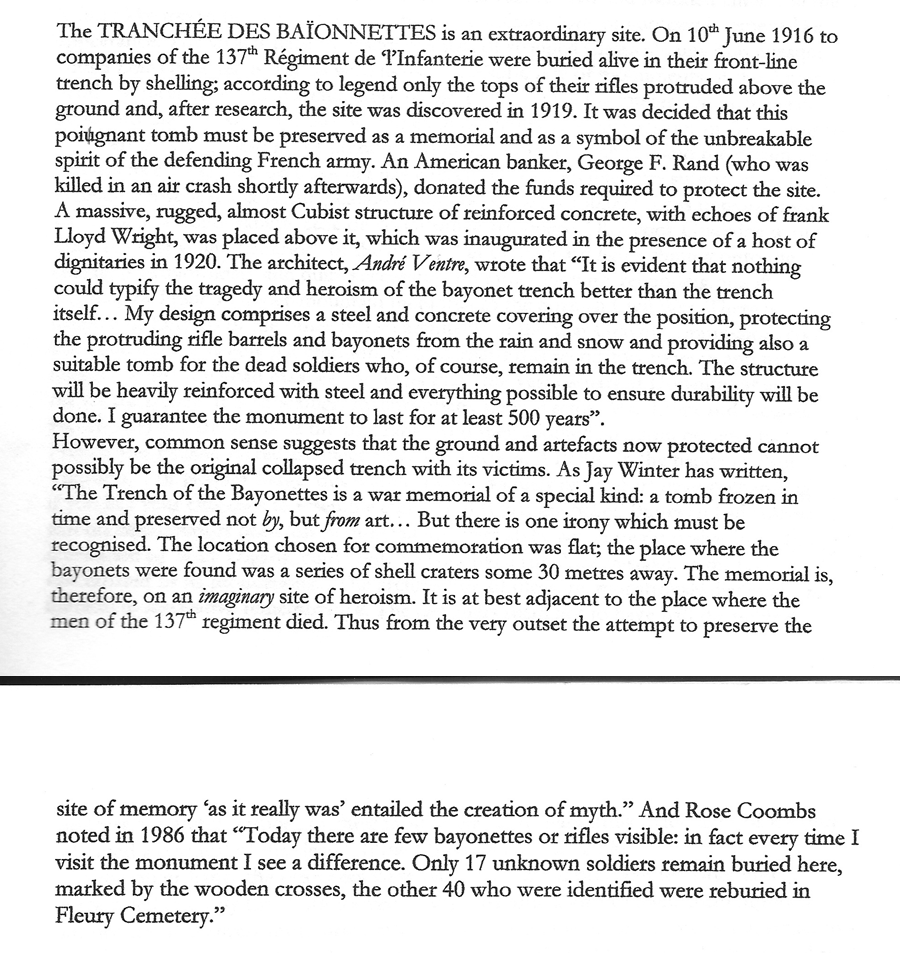