Thiepval is a village about 8 kilometres north-east of Albert.

The Ulster Memorial Tower is on the edge of Thiepval Wood about one kilometre north-west of Thiepval on the Thiepval-Hamel road (D73).

The Ulster Memorial Tower stands on what was the German front line during the Battle of the Somme, July to November 1916. It was erected on the site of the Schwaben Redoubt, a strongly fortified position, which the Ulster Division eventually captured from the enemy. It is opposite Thiepval Wood from where the 36th (Ulster) Division made its historic charge on the 1st July 1916, and is in close proximity to the village of Thiepval.

The Tower stands some 70 feet tall and is a lasting tribute to the men of Ulster who gave their lives during the First World War. The Tower is more specifically regarded as a memorial to the Officers and Men of the 36th (Ulster) Division and of the Sons of Ulster in other forces, who laid down their lives, and of all their Comrades-in-Arms, who, by Divine Grace, were spared to testify to their glorious deeds.- its position on the battlefield is a permanent reminder of the Division’s heroic charge at the Battle of the Somme on the opening day of that great offensive.

The Ulster Memorial Tower was the first official memorial to be erected on the Western Front and was dedicated on 19th November 1921.
​
The Tower itself is a replica of a well known Ulster landmark, Helen’s Tower, which stands on the Dufferin and Ava Estate at Clandeboye, County Down. On the completion of Helen’s Tower in 1867 it was dedicated by Lord Dufferin to his beloved mother Helen, Baroness Dufferin, who was the grand-daughter of the playwright Richard Brindsley Sheridan. It was in the shadow of Helen’s Tower that the men of the newly formed Ulster Division drilled and trained on the outbreak of war. For many of the men of the 36th (Ulster) Division the distinctive sight of Helen’s Tower rising above the surrounding countryside was one of their last abiding memories of home before their departure for England and subsequently the Western Front. 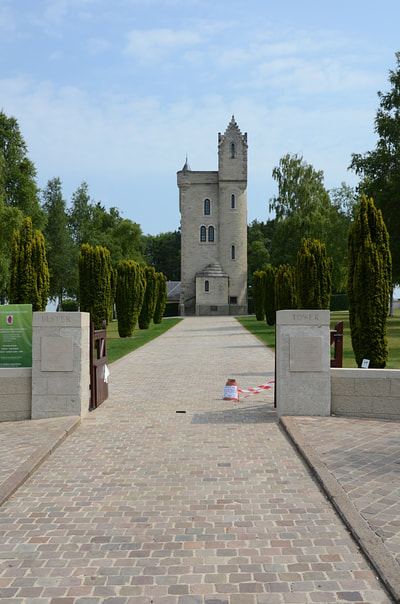 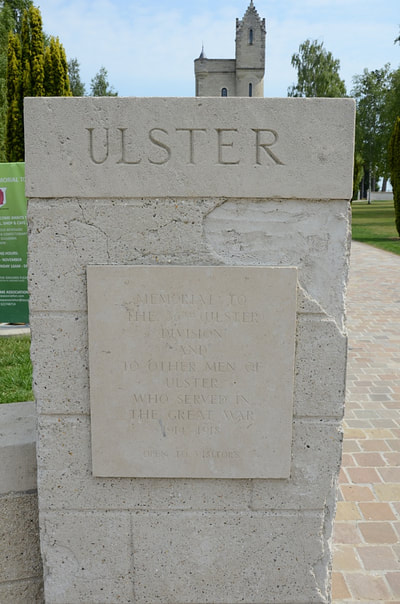 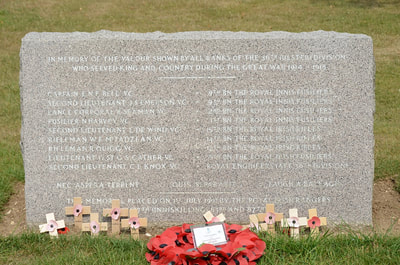 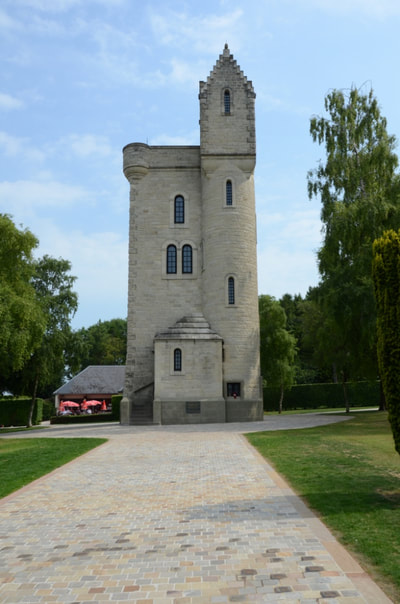 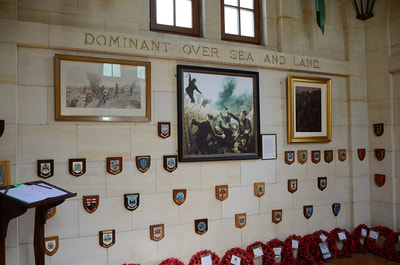 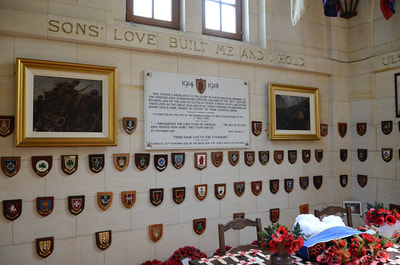 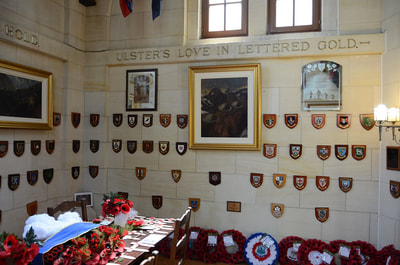 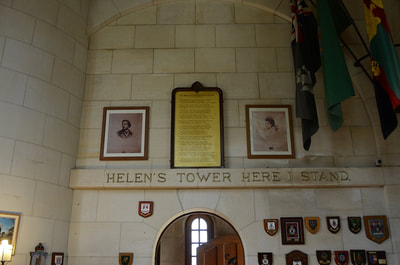 Pictures in gallery below © Geerhard Joos 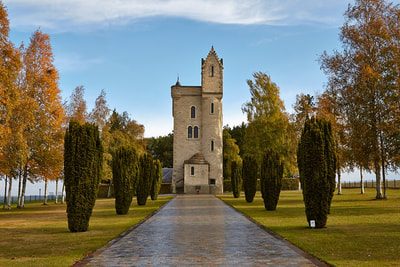 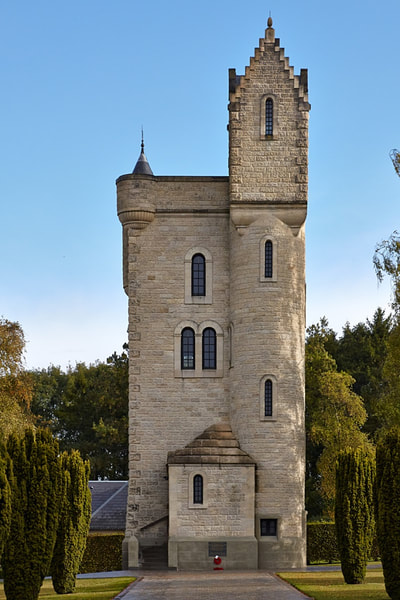 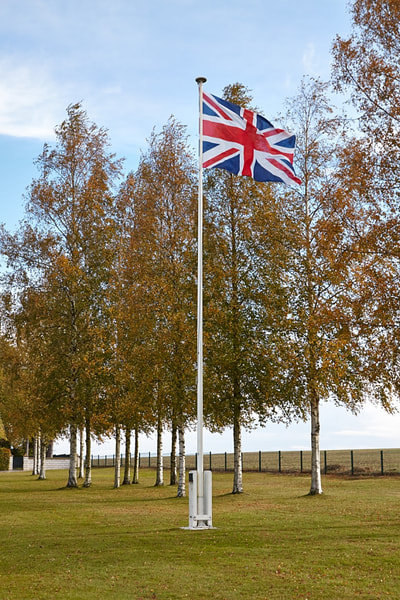 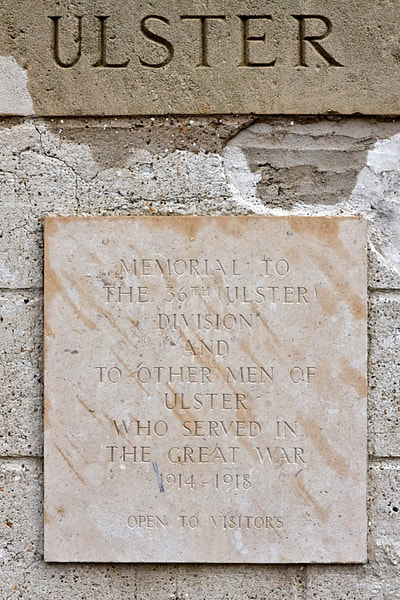 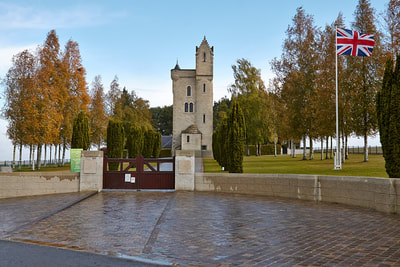 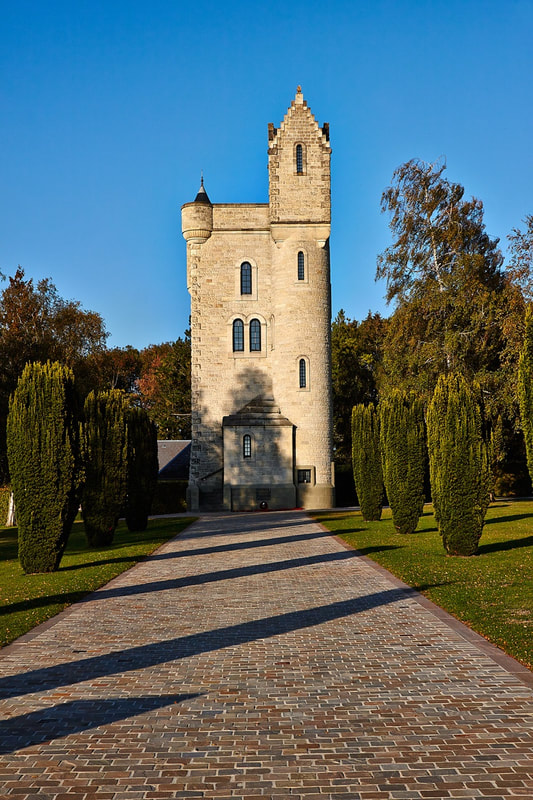 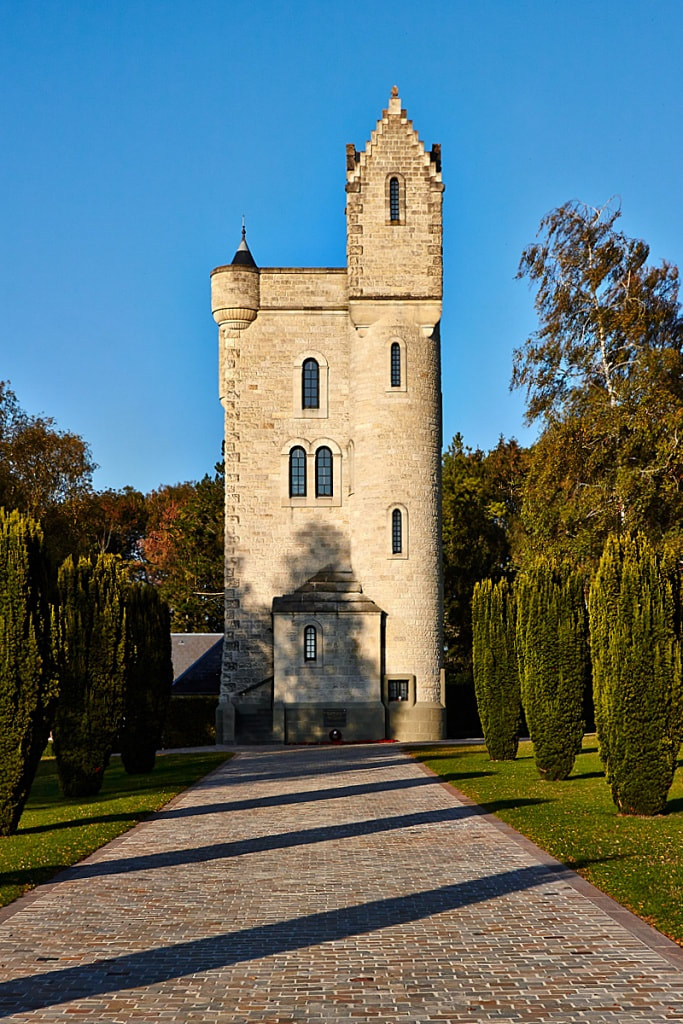 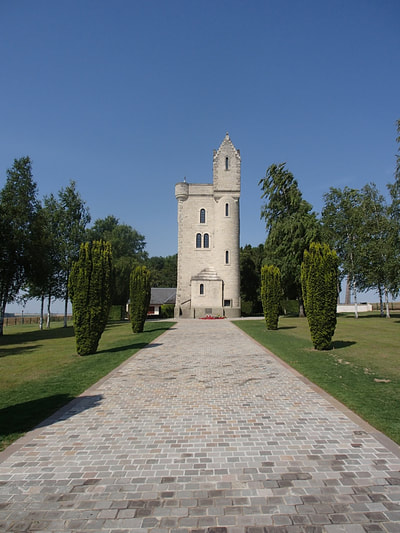 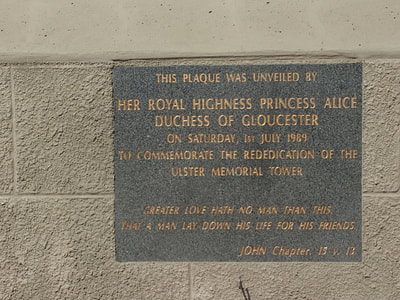 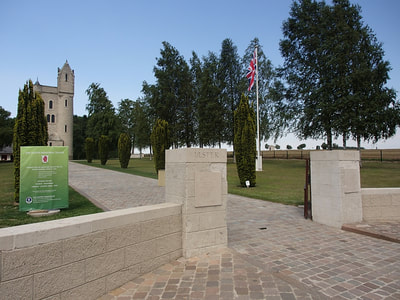 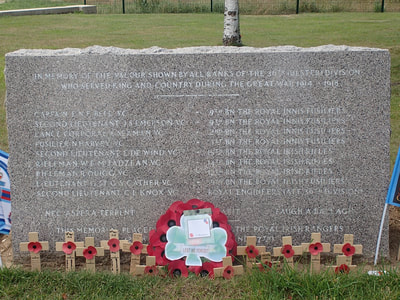