The main entrance to Hamburg Ohlsdorf Cemetery (Friedhof Ohlsdorf) is directly in front of you.

The 3 Commonwealth War Graves plots are located approx 3kms from the main entrance and are clearly signposted.

Follow direction for KAPELLE 12 for approx 2.5kms along the CORDESALLEE / SUDALLEE / MITTELALLEE, turn right and continue past KAPELLE 12, turn right onto LARCHENALLEE and after approx 300m the cemeteries can be found on the left and right.

Visitors are advised that there is a strictly controlled 30km/hour speed limit within the boundaries of Hamburg Ohlsdorf Cemetery (Friedhof Ohlsdorf).

The Commission plot is signposted in the Cemetery and is located 300 metres from the Chapel.

During the First World War, Hamburg Cemetery was used for the burial of over 300 Allied servicemen who died as prisoners of war. In 1923, it was decided that the graves of Commonwealth servicemen who had died all over Germany should be brought together into four permanent cemeteries. Hamburg was one of those chosen, and burials were brought into the cemetery from 120 burial grounds* in Schleswig-Holstein, Mecklenburg, Oldenburg, Hanover, Saxony, Brunswick and Westphalia. The majority died as prisoners, but a few were sailors whose bodies were washed ashore on the Frisian Islands.

There are now 708 First World War servicemen buried or commemorated in the Commonwealth plot at Hamburg. This total includes special memorials to three casualties buried in Parchim Prisoners of War Cemetery whose graves could not be found, and 25 unidentified sailors whose remains were recovered from HM Submarine E24, which was sunk by a mine off Heligoland in March 1916, when the vessel was raised in July 1974.

The Commonwealth section of the cemetery also contains 1,466 Second World War burials, mostly of servicemen who died with the occupying forces, or airmen lost in bombing raids over Germany. There are also 378 post Second World War graves and 14 war graves of other nationalities.

* The following cemeteries are among those from which graves were brought to Hamburg:

GUSTROW PRISONERS OF WAR CEMETERY, Mecklenburg-Schwerin. 59 burials of 1914-1918. Gustrow was one of the main camps in which prisoners in Germany were registered.

HELIGOLAND CHURCHYARD, Helgoland. one burial of 1916.

Pictures in gallery below © Åge Jakobsen 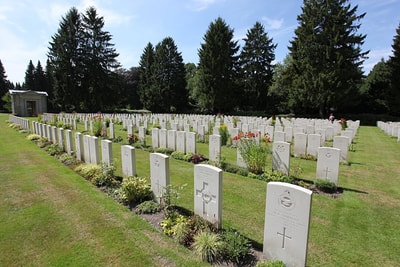 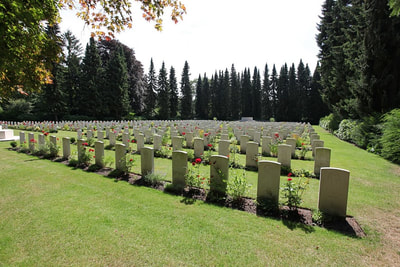 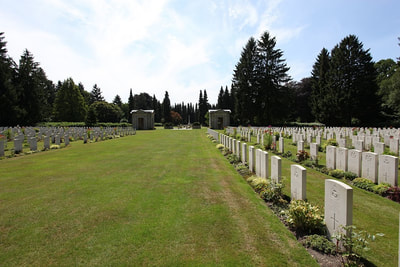 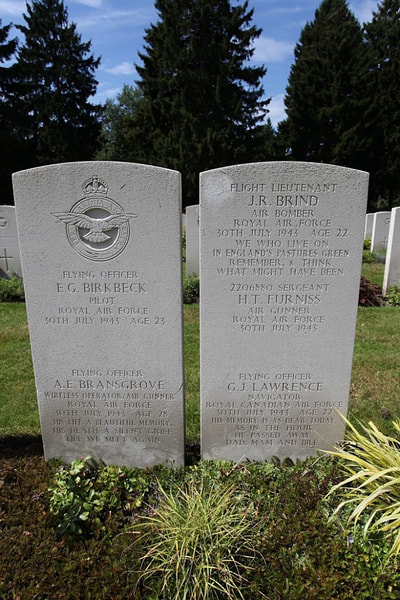 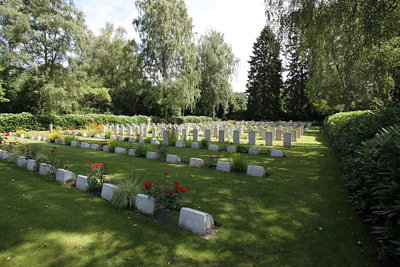 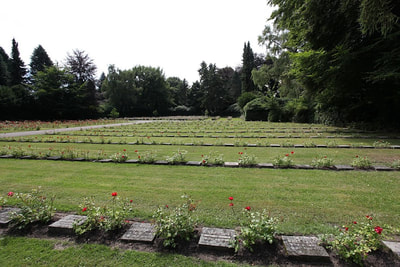 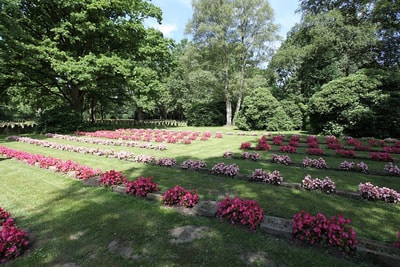 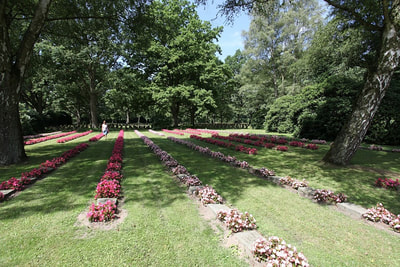 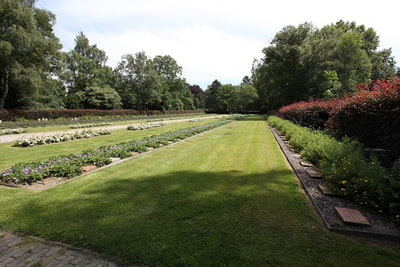 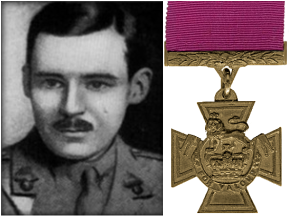 Citation: An extract from "The London Gazette," dated 12th Feb., 1918, records the following particulars:- "For most conspicuous bravery and devotion to duty. Hearing that the enemy had broken through our outpost line, he rushed out of his dug-out, and on seeing them advancing across the open he mounted the parapet and dashed forward calling upon the Reserve Company and details of the Battalion Headquarters to follow. Absolutely unarmed, he made straight for the advancing enemy, and under his direction our men forced them back 600 yards. While still some forty yards in front he was severely wounded. Realising that his men were greatly outnumbered and suffering heavy casualties, he signalled to them to withdraw, regardless of the fact that he himself must be taken prisoner. By his prompt and gallant leading he gained time for the reserves to move up and occupy the line of defence." 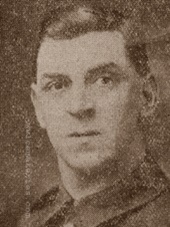 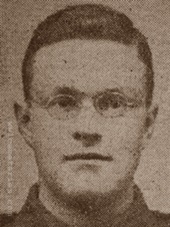 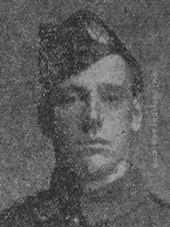 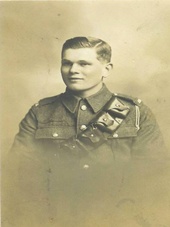 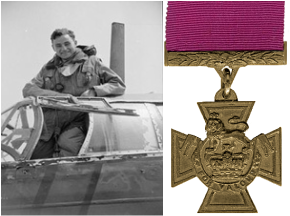 Citation: The citation in the London Gazette for 5th August, 1941, gives the following details. On the night of July 7th, 1941, sgt. Ward was second pilot of a Wellington which, while returning from a raid on Munster, was damaged by cannon shell and incendiary bullets from an attacking Messerschmitt 110. Fire broke out near the starboard engine which, fed by petrol from a split pipe, threatened to spread to the entire wing. Strenuous efforts by the crew failed to extinguish the fire, and they were warned to be ready to abandon the aircraft. Sgt. Ward then volunteered to try and smother the fire with an engine cover which chanced to be in use as a cushion. He got through the narrow astro-hatch and, by breaking the fabric to make hand and foot holds, succeeded in climbing on to, and then along, the wing, to a position behind the engine. Lying precariously there he smothered the fire in the wing fabric, and tried to push the engine cover on to the leaking pipe. It was blown back by the terrific wind, and on the second attempt was lost. Nevertheless, the fabric surrounding the pipe was destroyed, so that the fire could not spread and finally burnt itself out. Sgt. Ward, with assistance from the navigator, was able to struggle back into the aircraft, which eventually reached home and landed safely. The flight back was made possible by Sgt. Ward''s most conspicuous bravery in extinguishing the fire at the risk of his life. 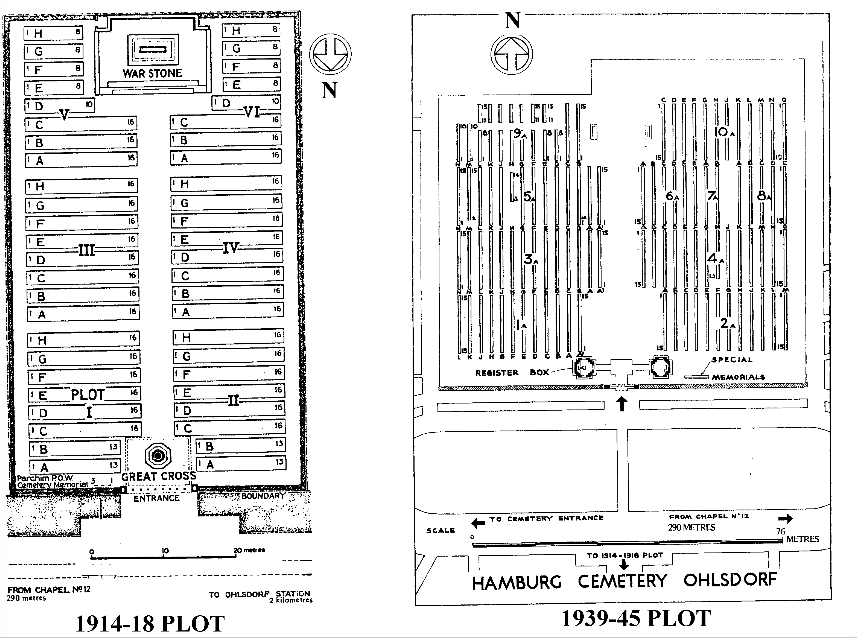