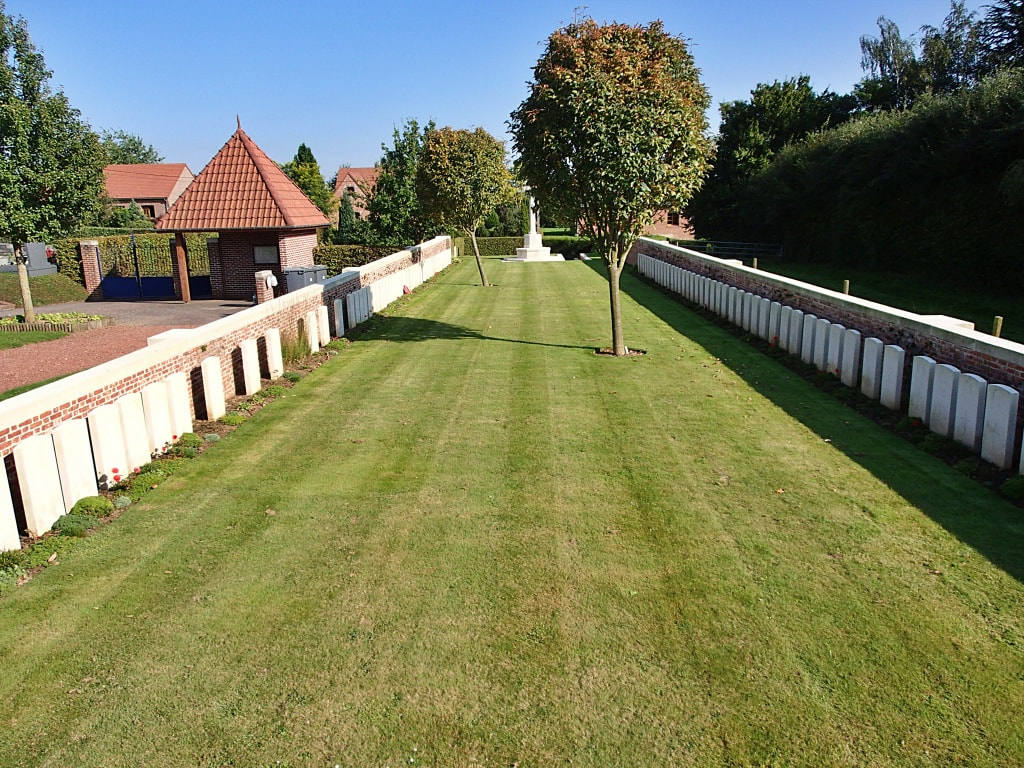 Ghissignies is in the Department of the Nord, south-west of Le Quesnoy.

The British Cemetery is on the north-west side of the road to Le Quesnoy, 100 metres away from the water tower on the D86.

Ghissignies village was taken by the 37th Division on the 24th October, 1918.

Ghissignies Churchyard contained, near the North-West corner, the graves of two soldiers of the 37th Battalion Machine Gun Corps, who fell on 4 November 1918; but these graves were concentrated into the British Cemetery in 1928.

In Ghissignies British Cemetery, Row A was made after the capture of the village and contains almost exclusively the graves of soldiers of the 37th Division; Row B was made, and one grave was added to Row A, by the concentration of graves after the Armistice.

All but three of the graves concentrated to Ghissignies British Cemetery came from the two following burial grounds:-

LOCQUIGNOL COMMUNAL CEMETERY EXTENSION, in the middle of the Forest of Mormal, was made by a German medical unit and used by British units after the capture of the village on the 4 November 1918. It contained the graves of 142 German soldiers, later reburied at Le Cateau; one soldier from the United Kingdom buried by the enemy; and 24 soldiers from the United Kingdom buried by their comrades.

LOUVIGNIES BRITISH CEMETERY was on the East side of the village of Le Quesnoy. It was made by the 13th Rifle Brigade in November 1918, and it contained the graves of 22 soldiers of that battalion and four others from the United Kingdom. Twenty-three German graves, brought in by the French in 1920, were later removed to Le Cateau.

There are 120, 1914-18 war casualties commemorated in this site. Of these, 2 are unidentified and a special memorial records the name of another soldier from the United Kingdom, buried by the enemy at Locquignol, whose grave could not be found.

The cemetery covers an area of 617 square metres and is enclosed by a brick wall.

He joined as a Kitchener volunteer in early 1915, but was discharged as unfit. Harris went to France in July 1916, probably after conscription.

On 2 Sept 1918, he was in a Lewis gun team  in an attack at Rocquigny.  When the team halted briefly, Harris dumped his kit & hung back when the others moved on. He was next seen at Martinpuich at 1100 on 3 Sept, & arrested.
At trial on 19 Oct, he faced charges of cowardice, with an alternative charge of desertion. He was not represented, & made no effort at all at any stage to defend himself.  After conviction for desertion, his conduct sheet revealed 10 offences recorded between 10 Sept 1916 & 4 June 1918, which had mostly attracted sentences of Field Punishment No 1.

His CO gave his fighting value as ‘NIL’, & the sentence of death was endorsed by all commanders thereafter. Executed after confirmation, Harris became the last man to be shot by a British Army firing squad for desertion.
(Corns, pp.396,400-401; photograph at Putkowski, p.262) 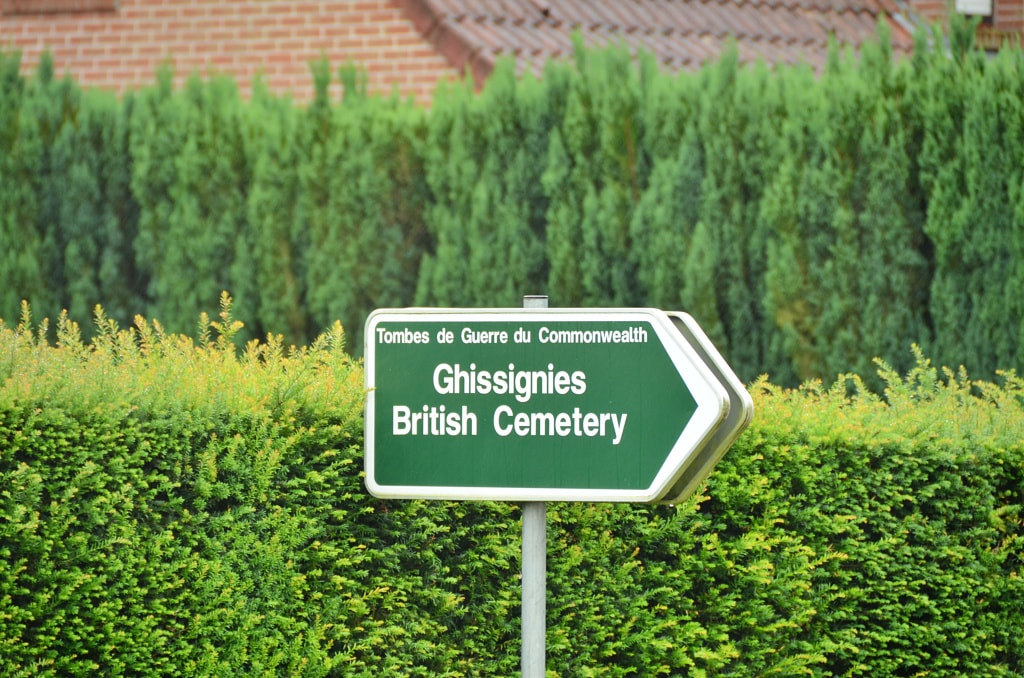 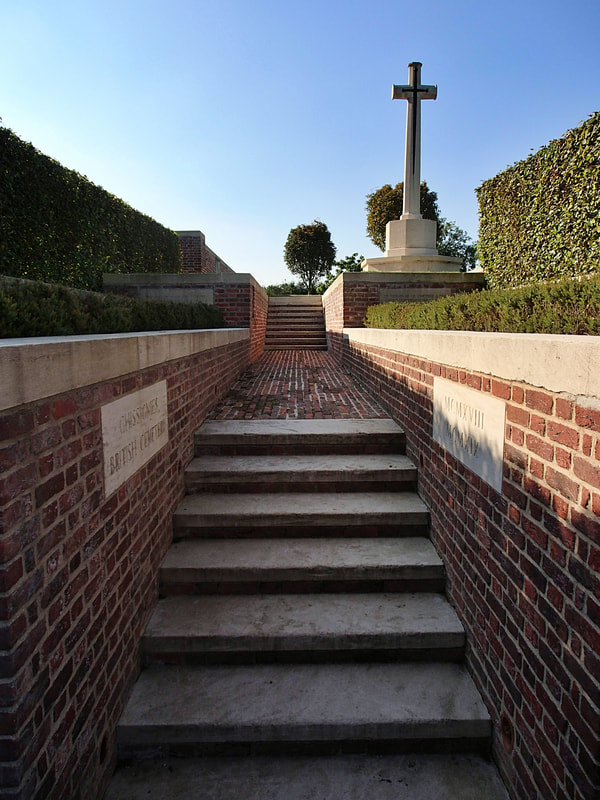 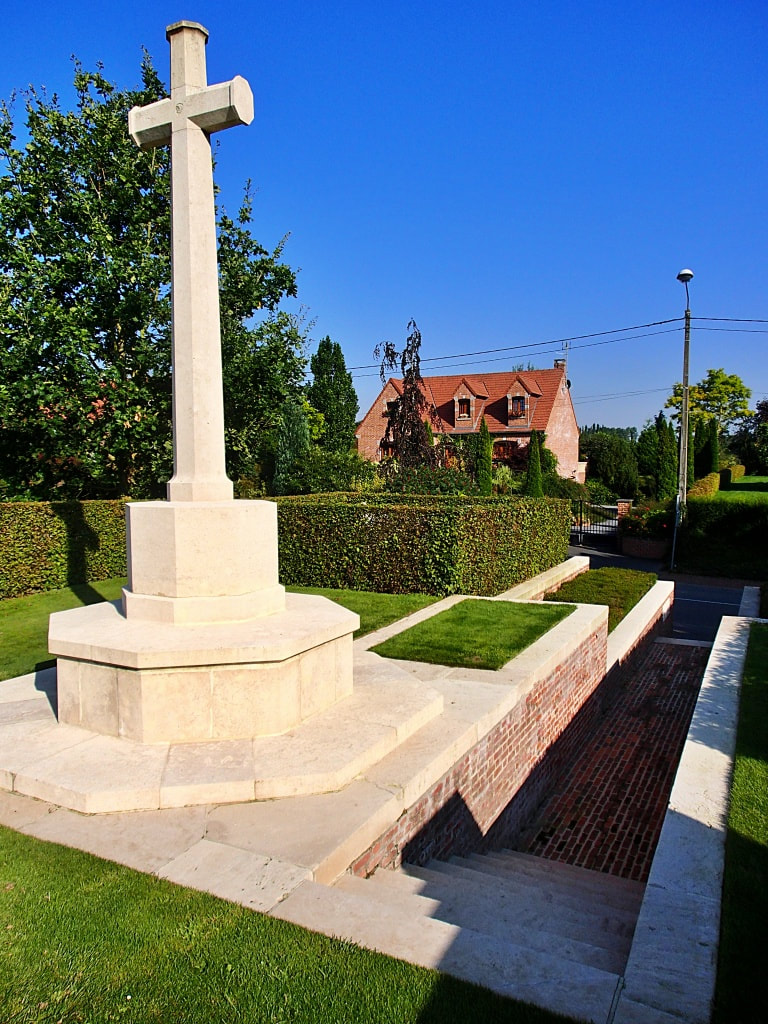 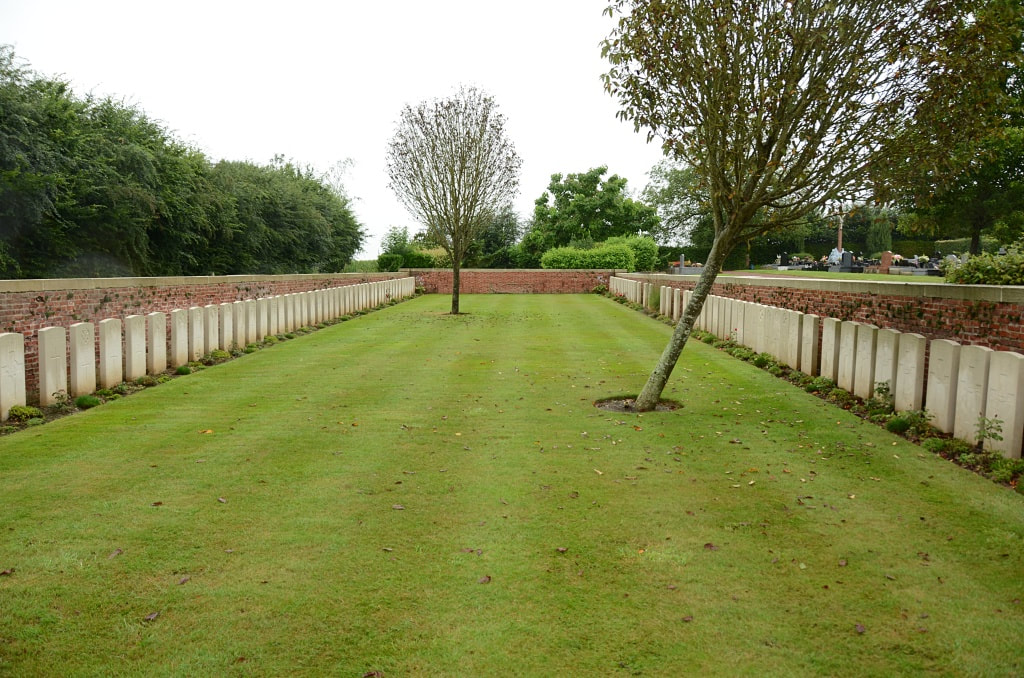 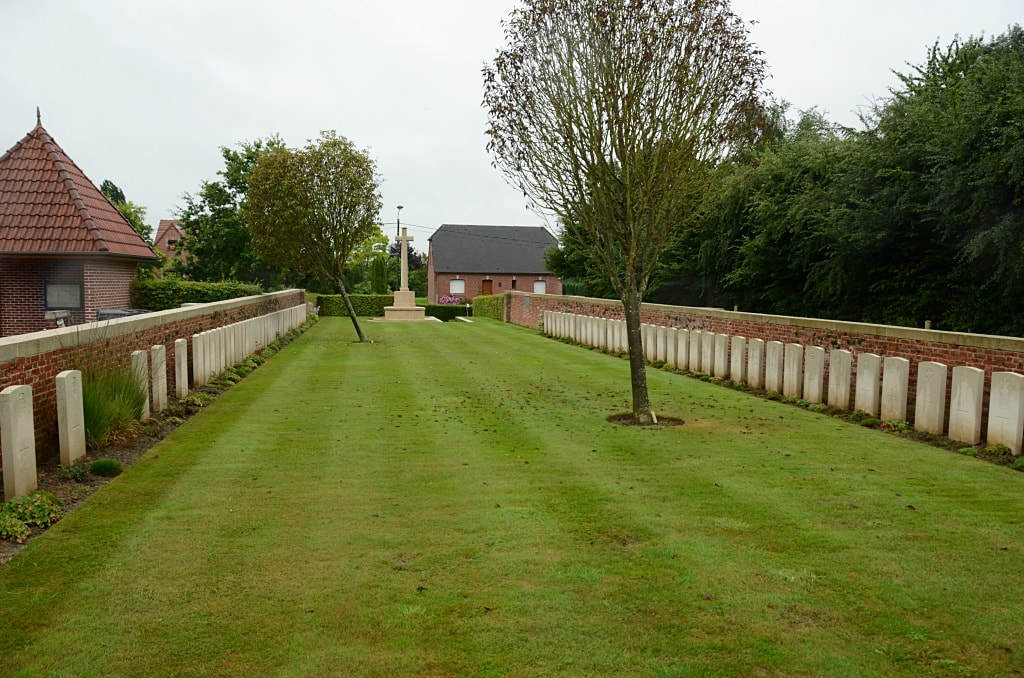 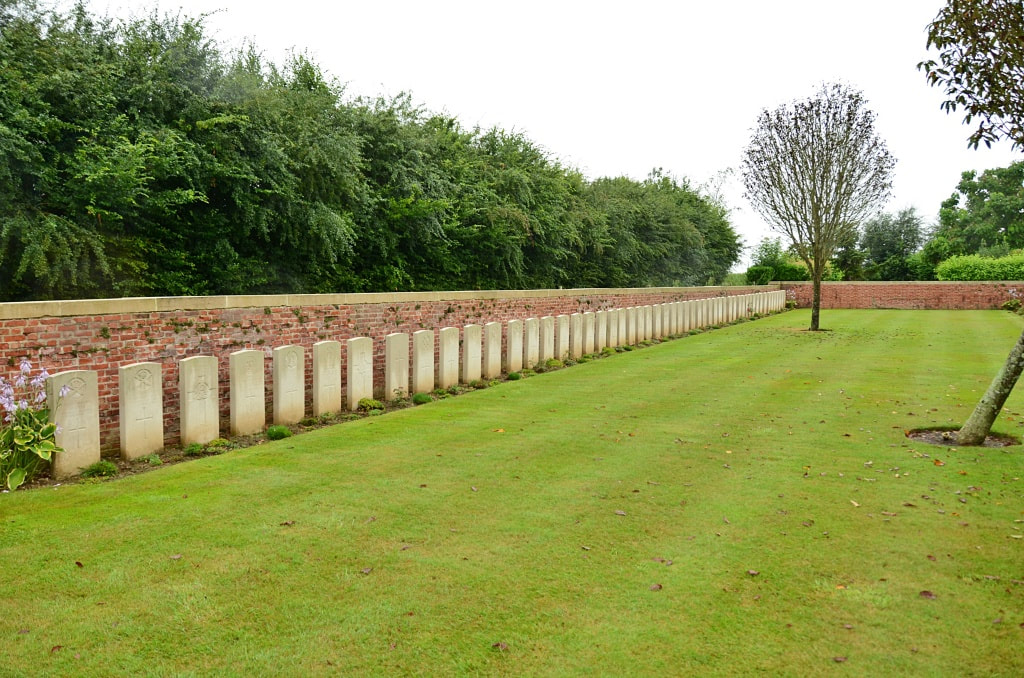 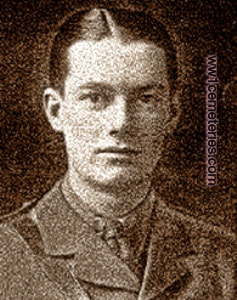 Son of R. and A. Colvill-Jones, of Calle Cangallo 456, Buenos Aires, Argentina. His brother Thomas Colvill-Jones also fell and is commemorated at Berlin South Western Cemetery. 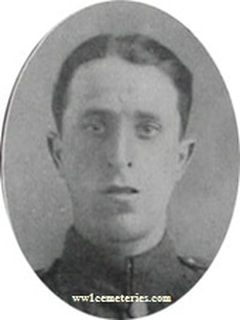 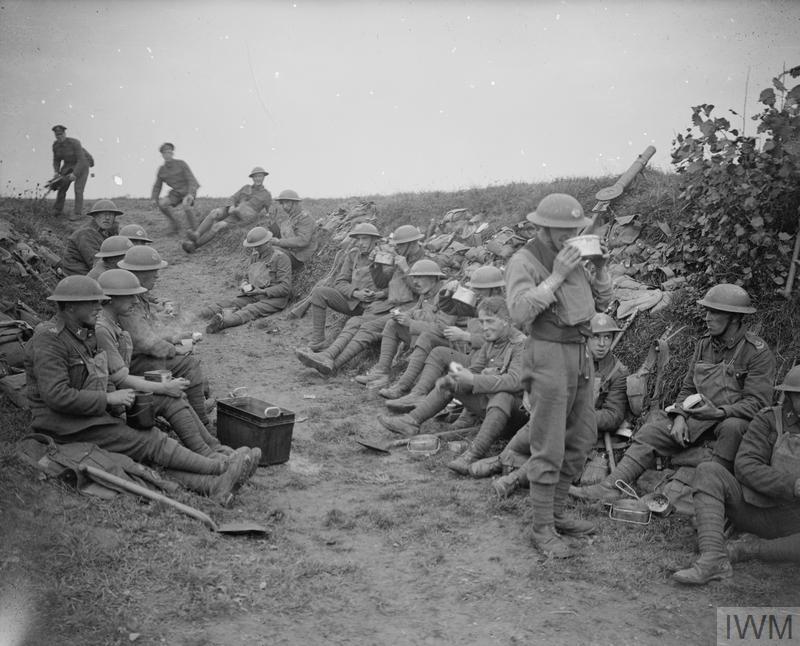 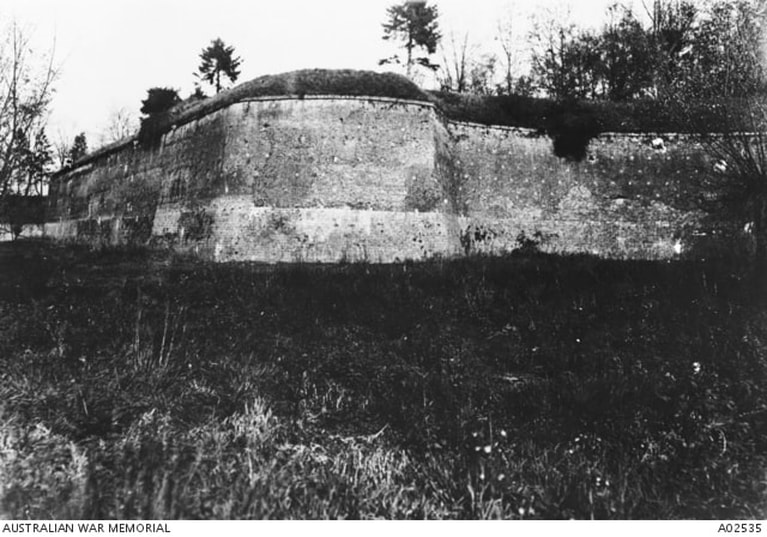 c.1918; The walls of Le Quesnoy, which the New Zealanders had to scale when capturing the town, one of their most notable feats of the war.